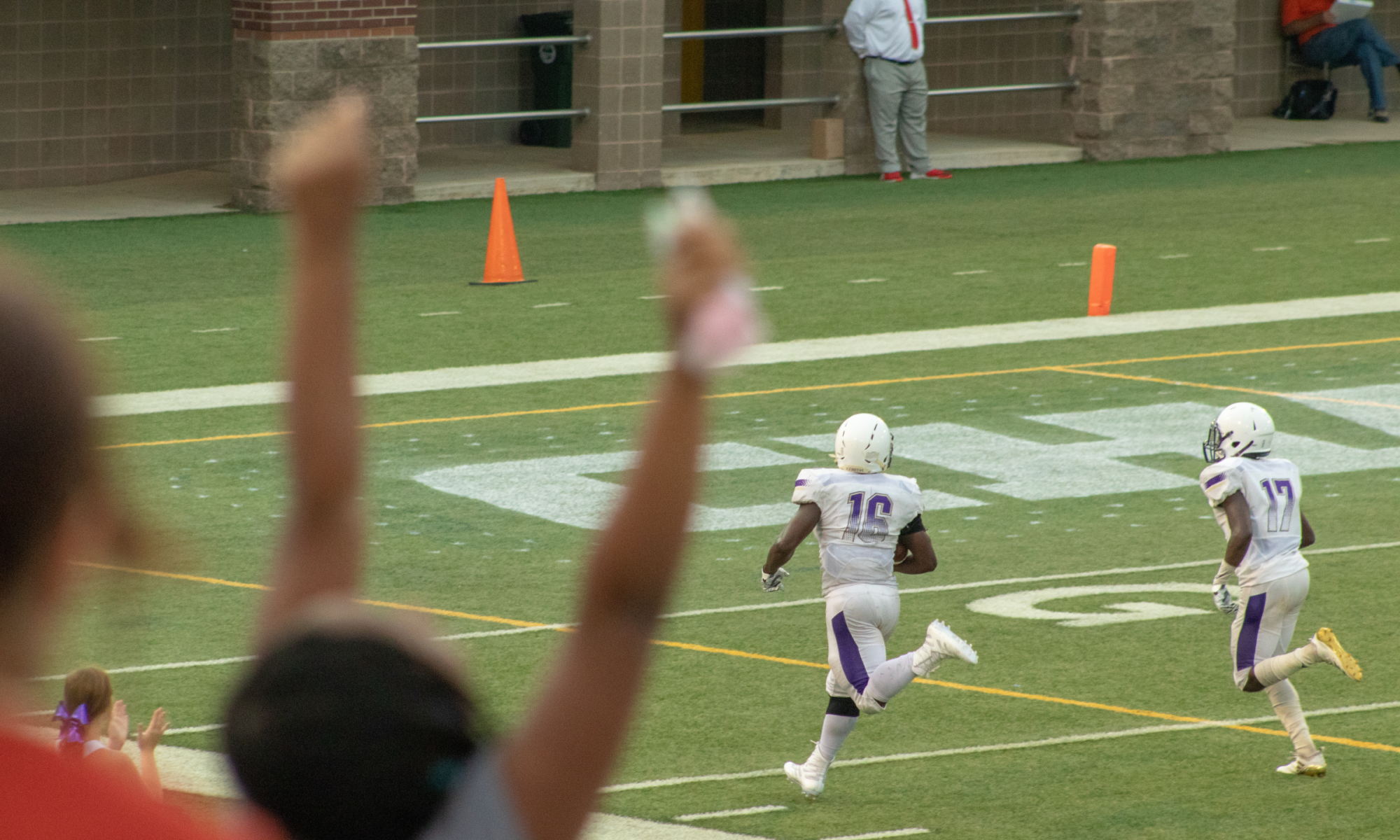 2018 started out as so many years have started. A trip to Kentucky for two bowls, and a Thursday night kickoff in Tennessee. This year I met up with a friend for the trip.

One compromise was my original plan was to see Alcoa (TN) host Knoxville Grace Christian, even though it was projecting to be a blowout. Instead, it was all the way to near the Georgia line to see the Chattanooga Kickoff Classic at Finley Stadium.

Before the game, was a pregame meal at Sugar’s Ribs up on the hill from downtown. Between the pulled pork and the ribs, it was more than enough. Even the six-piece rib includes the entire rib. Cartilage and all. Which means a ton of meat for the price.

The game was postponed after the first snap for almost an hour. A thunderstorm rolled through, soaking the area in the process. When the game restarted, Chattanooga Central started running away with it. Literally.

But, Walker Valley did try to make a game of it. Eventually falling, 40-28. The crowd thinned out considerably as the private school game was set for the nightcap.  The weather certainly helped quell attendance. Which was $10 tickets and parking was a confusing ‘self-pay’ in the lot next to the stadium by the hour.

The next day, it was several hours north to Stanford, Kentucky. Including a stop at David’s Steak House & Buffet. A worthy stop in Corbin, Kentucky that serves really good southern style food. The chicken and fish were exceptional.

The fourth straight year attending the Death Valley Bowl at Lincoln County was on tap for Friday night once again. The host kicked things off against the Briar Jumpers, and it didn’t go well.

Somerset jumps out to an early lead. 7-0 over Lincoln County. #3 pic.twitter.com/IaASjEXbZX

It just got worse from there. A 41-0 halftime deficit eventually turned into a 41-0 loss.

The night game was much better. The overwhelming underdog, Clay County, took a 13-12 lead into the fourth before conceding two late touchdowns to lose.

The next day was one of the shorter drives to RIchmond to attend the Roy Kidd Bowl at Madison Central Stadium. The two games kicked off with Madison Southern taking on Lexington Catholic. Before Madison Central took on Collins.

Madison Central was a good place to see a game. However, in the southern heat, that field got hot, and the metal bleachers and shiny turf acted like a frying pan. Rain came at one point, which helped, but left everything muggy the rest of the evening.

After that, it was the long drive home straight after the Central game.  A fun, though tiring, opening weekend of the 2018 season.

You can see the rest of the pictures from this weekend at: http://www.flickr.com/sykotyk/sets/