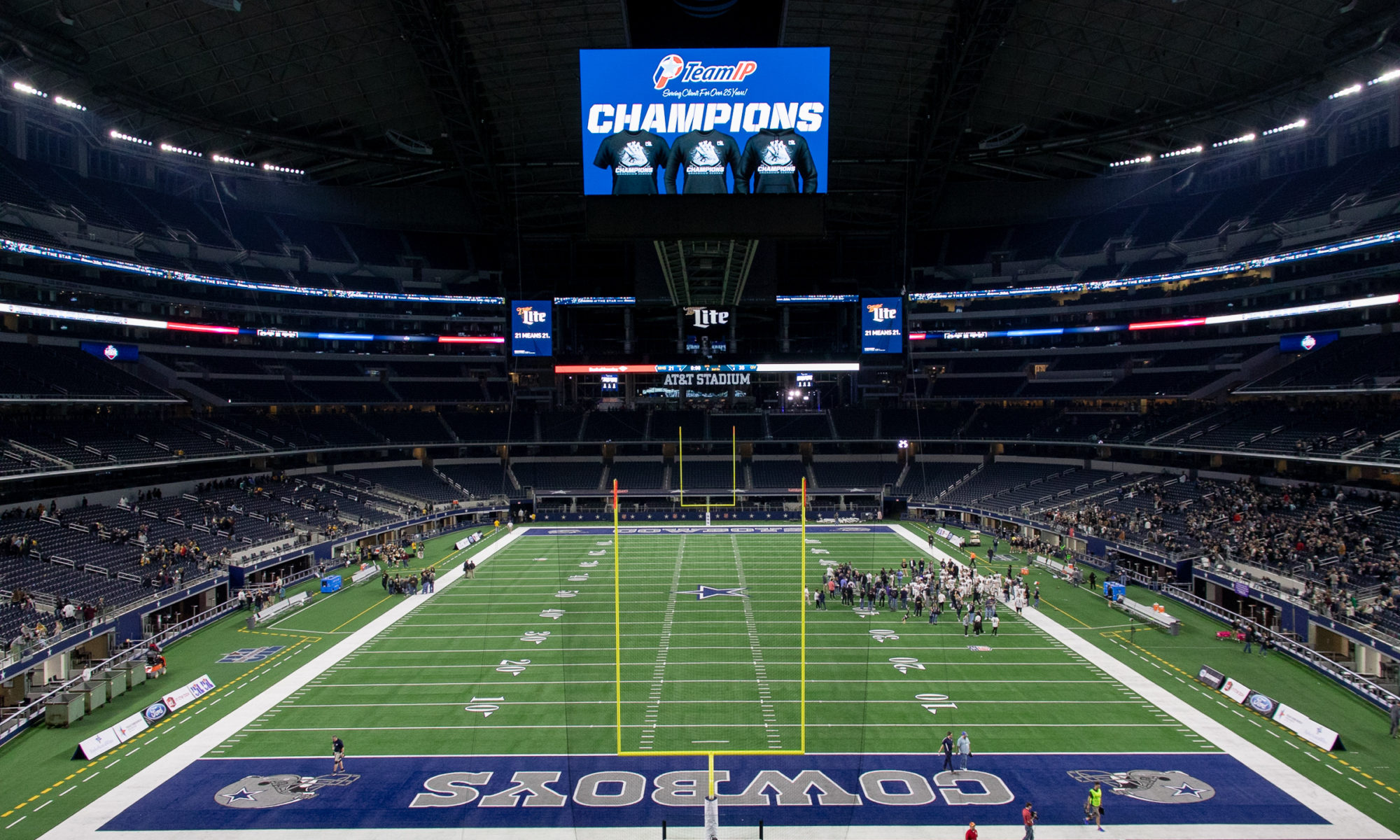 So, I had to kill a bit of time between North Carolina and Texas. I decided to drive through Atlanta and follow I-20 to Dallas. So, since I already had my room booked for Texas, and usually have a cheap hotel somewhere on the way down, I decided Monroe, Louisiana. Simply because hotels there were cheap.

So, Sunday and Monday night were in the Twin Cities of Northeastern Louisiana. It was fun. Always up for cajun food. Stopped at a place called Catfish Charlie’s and had the catfish and shrimp. Also had the fun of getting a tire on my car replaced.

Got to see the local football stadiums:

Another stop around the Monroe, Louisiana area. ULM's Malone Stadium. Built tall and narrow. That's a lot of steps to get to the top. #roadtrip pic.twitter.com/kCuEOdp4ME

And just down 165 a little further south is Monroe Richland (LA) and their Mackie Freeze Stadium. This is where Wossman played when they were installing turf four years ago. #roadtrip pic.twitter.com/YZgJAXMgVJ

And last public school stadium I could find in Monroe: Bill Ruple Stadium. Home of Monroe Neville (LA). And that's about it for my little tour of the Twin Cities of Northeast Louisiana. #roadtrip pic.twitter.com/XJbckrHT7r

And then, of course, you can’t not look around Monroe and West Monroe without a stop here:

And what drive through Monroe and West Monroe is complete without a stop at this place. #roadtrip #duckdynasty pic.twitter.com/QRrGWDu6hX

Tuesday morning, it was the several hundred miles to Arlington. I stopped briefly in Ruston, to see Louisiana Tech’s stadium. I never had looked before, but realized it wasn’t far off the freeway.

Then, a brief stop at the Margaritaville Casino in Bossier City for lunch. It was a good afternoon.

Even when I stop for lunch I make money. #roadtrip pic.twitter.com/nnAlSkzCcC

Until the traffic got the best of me. I-220 and I-20 were jammed up west of Shreveport. So, it was a little back road driving.

I think this is still a road. #roadtrip pic.twitter.com/VLpHxusCNW

So, I had to back track a little. It also added a bit of time on the trip. But, that beat sitting on I-20 in a standstill. So, finally got to the hotel and then dinner with a couple of my Texas friends.

And Wednesday started the first of four straight days of the best high school football experience in the country.

So, I’ll just run these down quickly.

I’m not going to detail each individual game. Instead, the highs and the lows.

North Shore-Duncanville. OH MY GOD. Game of the Year.

Just an unbelievable finish to this game. And I had, at first, thought, even at halftime, that Bettendorf-Dowling Catholic was the game of the year I’d seen. Just watch the video. What’s interesting was that it wasn’t the first time I had seen a hail mary to win a state championship. Detroit MLK beat Lowell several years ago in Detroit’s Ford Field on a walk-off hail mary.

Longview finally won a state title for the first time in 81 years. Highland Park won for the third straight year. Aledo won for what felt like the 8th straight year. They’re 5-0 in games I’ve seen them play.

Mart put up one hell of a day. 76-33 over Gruver. A 63 point first half. Cuero’s Jordan Whittington had one of the most amazing performances I’ve seen. Finishing with both Offensive and Defensive MVP honors. Shadow Creek’s QB (#2) had a 99-yard touchdown run. Though, the momentum was lost shortly after that scoring drive made it interesting against Highland Park.

Newton-Canadian was a good game after a spat of one-sided contests. The opening game on Wednesday was a bit of a shock. Of the two 6-man games, it was supposed to be the closer of the two. Instead, Strawn, the defending champs, jumped out to a 40-0 lead after ten minutes of football. And then, with the second quarter winding down, Strawn scored again to take a 48-0 lead. In Texas 6-man, the 45-point-rule dictates that the game ends anytime after halftime when the margin reaches or exceeds 45 points. And Follett just couldn’t muster anything in their final drive. Even letting the last few seconds tick off than trying to extend the inevitable. So, the game ended at halftime, 48-0.

The second game, though, the one expected to be 45’d, between McLean and Milford ended up entertaining for a lot of reasons. McLean led 24-16 after one, 40-32 after 2, and 56-48 after three. And then the flood gates opened up. McLean would wind up winning, 100-70. It was the first game, of any ruleset, that hit 100 points or more. The closest was a 96-50 final between Richland Springs and Balmorhea two years ago. That one finished early with 2:03 left in the game due to the 45 rule.

First time I've seen a game with 100 points. Regardless which ruleset is used. Closest I've seen before was the 2016 1AD2 6-man championship here in Arlington. Richland Springs won, 96-50 over Balmorhea. Because the 45 rule, the game ended and a shot at the century mark was lost. pic.twitter.com/jA2hNsLF5x

In other news about the weekend, was two new mascots: Zebras and Sharks. Grandview and Shadow Creek, respectively.

The angry zebra inflatable is out. Grandview is on their way. #UILState pic.twitter.com/zAwRDscAIC

Interesting. And strange that the first day of the week features two Greyhounds-Panthers matchups. The Strawn and Gruver Greyhounds played the Follett and Mart Panthers to start and end the day.

The attendance was quite high for the two Class 6A games. The 6AD2 game ended with the highest attendance, thanks to Longview’s incredible showing of fans looking for their first title since 1937.

As for the weekend, the best non-football thing about AT&T Stadium is the Brisket Nachos. Seriously, if you ever attend the games there, on the mezzanine level, only on Friday and Saturday they have the Barbeque stand open behind each seating area in the lounge. And the Brisket Nachos are the best value, and best meal you can possibly buy at the State Championships. It’s a shame it’s not open for Wednesday or Thursday.

On Saturday night, after that ridiculous finish, I posted two videos to twitter. One of the catch, and one of the officials making the call and running off the field. By the time I stopped at Whataburger about an hour later, it started getting some notice. And then blew up. All because so many people didn’t know officials almost always run off the field the moment the game is declared over.

For more photos from this season and previous seasons, visit http://www.flickr.com/sykotyk/sets/