Week 4 was back home in Northeastern Ohio. And had four football games to go with it. Even prior to Covid-19, District 10 in Pennsylvania had noted that Thursday and Saturday games were going to be a reality in 2020. An aging pool of officials made the move inevitable. However, Covid-19 had added fuel to the official shortage fire.

Harbor Creek, General McLane, Sharpsville, Wilmington, and Lakeview were all playing Saturday night. For the afternoon, there was a D-9 game at Sheffield hosting Keystone. But, as with many othe things, Pennsylvania’s strict 250 ‘recommendation’ for stadium capacity rendered seeing many of those games impossible. Because just before the games started, Pennsylvania allowed fans to be part of that 250 number. And many schools, when contacted, said they were going to let in as many fans as possible and non-streaming/broadcasting media wasn’t allowed. Or, kept to a minimum. Other schools, however, weren’t going to wade through the upheaval of fan attendance and just prevent fans from attending. Which made many games capable of hosting media.

But for Thursday, that didn’t matter. Pennsylvania’s football season starts on Friday night. Thursday games in Week 1 are just not an option. So, it was to Ohio for a game. A mix of live TV made Beaver Local an option for Thursday. The only other games were by Springfield, Cleveland, and Cincinnati. So, it was on to Beaver Local and their game against Indian Creek.

Having lived in Steubenville for more than a few years, I attended several games at Indian Creek. And had seen Beaver Local before. Years before, the school was located by the stadium and listed as Lisbon Beaver Local. A new school was built across the street and under the East Liverpool zip code.

But, I had never seen a Beaver Local home game. Years ago, Steubenville had included a ticket for the road game at Beaver Local in the season ticket package, but I had other plans that weekend and missed out on a game there. Figuring, someday, i’d see a game at the stadium along Route 7.

For this year, the Beaver Local Stadium was renovated with field turf and new lights. Among other improvements to the stadium itself. The turf is rather stiff, and not nearly as ‘fluffy’ as you would think for brand new turf.

The lighting, though, I would find out, was astounding. The newer LED lights are bright, and unlike some stadiums that switch to LED, they did not get stingy with the numbers.

This was the second time I had seen Beaver Local since their new school building was built. But, the fifth time for Indian Creek. The Redskins are from Wintersville, a town that borders the western edge of Steubenville.

Indian Creek is usually a good, but not great, team. But, not this season. Beaver Local opened up the game with a beat down, going up 28-0 after one. A scary injury to the starting QB of Indian Creek on a play that ended with an interception returned for a TD delayed the game for the ensuing PAT. A hand gesture as he was being carted off was a reassuring sign, but still the riccochet hit to the head as he was backpedaling to the endzone was not a pleasant sight.

The Beavers would add two more TDs in the second quarter, and with a running clock, only managed a lone TD in the second half. That being in the 3rd quarter. The fourth quarter was going through the motions en route to a 49-0 victory.

It always surprises me, just how short of a drive it is to East Liverpool from my house. With the new 164 intechange on I-680, it’s even shorter. The trip through North Lima and down route 7 is a breeze. And, if you have the time, traveling it is a nice alternative to route 11’s freeway driving.

The next day was planned for a PA game. Having called around to a few schools, I found one ‘new’ stadium to see in Ellwood City’s Helling Stadium.

Ellwood City is actually Lincoln High School. But, like many schools, they just go by the town’s name. Which is a bit of a quirk that irritates me. There is, also then, another school with an Ellwood City mailing address. Riverside, just south of town.

With no fans in attendance, covering the game didn’t have an issue with the 250 person limit.

Tonight I'll be in Pennsylvania for a game between Ellwood City Lincoln and Mohawk. Kickoff at 7pm. #11 @PaFootballNews pic.twitter.com/0187aKwSgf

For Mohawk, who are from Bessemer, this was also my third time. The first game was, as I mentioned previously, a fluke. I had, at one time, driven by Blackhawk’s field, the old field, in Darlington and had planned to see them that following Friday night. But, when I searched for the school, google’s infinite wisdom gave me the directions to Mohawk. So, when I arrived at Mohawk’s stadium I knew I wasn’t where I had planned to be. But, there was a game at least. So, i stayed and watched Mohawk. Who were, coincidentally enough for this story, hosting Riverside from Ellwood City. They were subsequently shutout, 30-0. And last year, I saw them in the first week of the season. Playing at Laurel, from just east of New Castle. Where they were shutout, 21-0. So, maybe I was cursed.

The game was strange without fans. It was a noticeable difference. What’s strange, though, is for all the other people not on the field, I have actually attended a game with fewer people at it. More than once. Not just a six-man game in Montana, but an 11-man game in Cleveland on a Thursday afternoon had less than 80 people in the stands plus the rosters and coaches and game officials.

Mohawk scored first, a 16-yard TD pass. The first points I’ve seen from them. And that wasn’t the end of it. They’d get the running clock started just 55 seconds into the third quarter. Mohawk 45, Ellwood City Lincoln 0.

Interesting that of the three Mohawk games I’ve attended, all three have been shutouts.

The next day there weren’t many options. For the afternoon, only the Sheffield-Keystone game in Pennsylvania. And in Ohio, there was only one afternoon game. With New York not playing and West Virginia without anything, it was on to Bellaire, Ohio. I’ve been here previously.

This afternoon I'm in Bellaire, Ohio for a game between the Bellaire Big Reds and the Harrison Central Huskies at historic Nelson Field. #12 @PaFootballNews #BeyondTheKeystone pic.twitter.com/ZaO5FhTDaT

Harrison Central has a good quarterback. But got a case of happy feet when facing Bellaire’s formidable pass rush. The Huskies’ line had trouble holding on long for him and he was becoming quicker with either getting the ball out or taking off with it.

Bellaire would score first, but Harrison Central would tie it seconds before the first quarter ended, 7-7. Bellaire would get another TD in the second quarter.

In the second half, Harrison Central tied it on a wide-open 35 yard TD pass before Bellaire would answer right back with a 12 yard TD pass. Calpreps had the prediction at 21-20 for HC, and it started to look prescient as Bellaire missed the PAT on the third TD to lead 20-14. But Bellaire would tack on another and then start going into a prevent defense with 8 minutes to go. Which inevitably led to a Harrison Central 12 yard TD run by their star QB. With a 26-21 lead, Bellaire lined up to return an onside kick which was kicked deep, and then redeemed themselves with a long TD drive, culminating with a 1 yard TD run to go up 33-21 with 3:04 left. And hang on to the victory.

After the game it was a choice between two games. And one that I didn’t fully realize was even an option.

In Martins Ferry, Bridgeport was hosting a neutral site home game against Frontier. But, with kickoff at 7pm, that would be a long wait for the next game. But, it would give me a new team for my list as I had not seen Frontier (of New Matamoras, Ohio) before.

But, I had in mind a game much closer to home. Lowellville was playing their home games at Struthers due to seating limitations at Paul Menichini Field. It also meant being just a few miles from home and a short drive was sounding better and better after several straight nights with little sleep. So, i opted for Struthers.

It was my second game in Struthers. I had previously seen Struthers host Campbell Memorial on a Thursday opener in 2014. I had seen Lowellville twice before. Once at Lowellville when they hosted the Wellsville Tigers and once on the road at Sebring McKinley.

For Waterloo, this was my third time see them as well. Last year, they were unable to play at home in Atwater, as their stadium was deemed unsafe. So, they scheduled to play home games at nearby Marlington High School. Many of their games were, therefore, set for Thursday and Saturday nights. Last year was no different. They played a Thursday game against McDonald that I was at. And then, the following week they had a previously scheduled road game at Western Reserve in Berlin Center that was also set for Thursday night. Just a weird coincidence of a schedule. So, i got to visit Western Reserve for the first time, as well.

My trip north took me a bit longer, as I detoured east through Weirton and to toward Pittsburgh International Airport to stop at Cardello Pizza. Their Steak and Ranch Hoagie is possibly the best I’ve gotten and whenever I’m anywhere nearby I like to stop for one.

And for lunch, a hoagie at the best hole in the wall pizza place near the airport. #roadtrippin pic.twitter.com/2MIMon3Tcc

I got to Struthers just before 6, and got to take in the newly renovates stadium, especially the new turf.

It was senior night for Lowellville and they had a long program of introducing seniors to the crowd for the fall semester.

Once the game started, it was another slow start. But a close game that was 6-0 after twelve minutes extended to 21-0 at the break. And though it looked like a running clock might be on the horizon, Waterloo scored two 65-yard TD runs, before Lowellville would run away with out. Through a stout passing attack. Though the last TD, which made it a 29-point lead, saw a PAT go wide for what would have been the nail in the proverbial coffin. Instead, there was still time and Waterloo drove the field before being stopped for good at the one yard line as time expired.

After that, it was an amazingly short drive home after a long day out and about my old stomping grounds. For the day, it was a 230 mile round trip. Which should seem like more driving than it was.

With everything going on with Covid, my schedule has been ecclectic. I only know for a fact one game next weekend. Thursday’s game between Neshannock and… Mohawk. My wife’s alma mater, and I have been there previously. And will be the first team I’ve seen twice this year in Mohawk.

Friday has options but I’ll have to check around to which ones would be available. Would prefer, if possible, to find a new stadium or team to see. And Saturday is a crap shoot. There is a couple options and I’ll see from there where things go. i do have a plan and hope it works.

For the weekend, I spent a grand total of $61 on food. Gas was free. No tickets. And no souvenirs. No programs or roster sheets is a bit of a bummer. At the very least that’s one thing I like to keep in lieu of a something else. 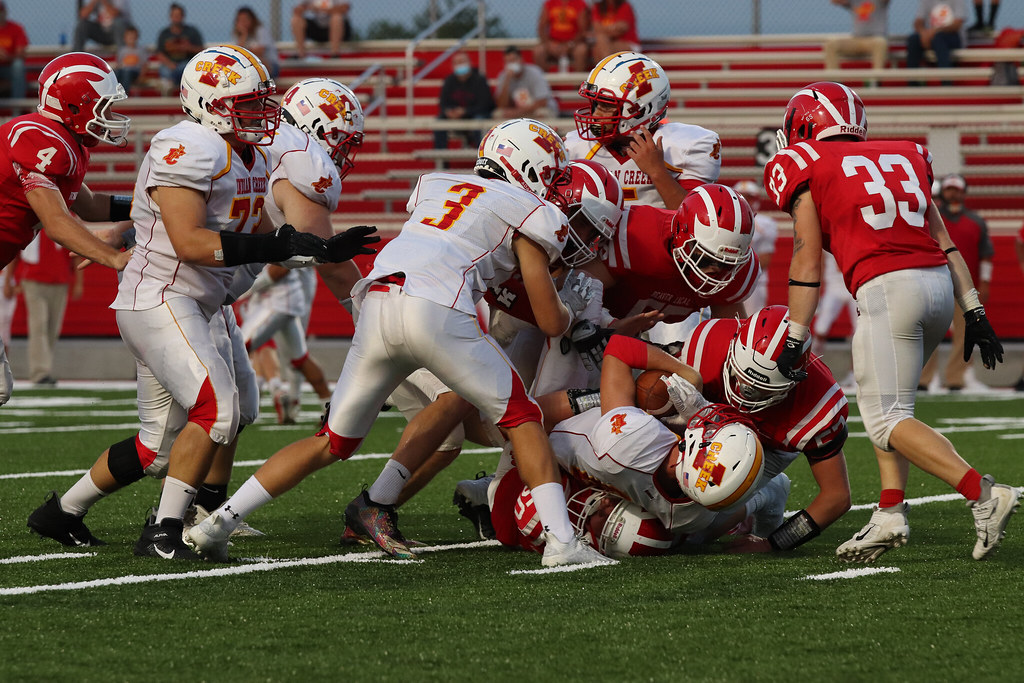 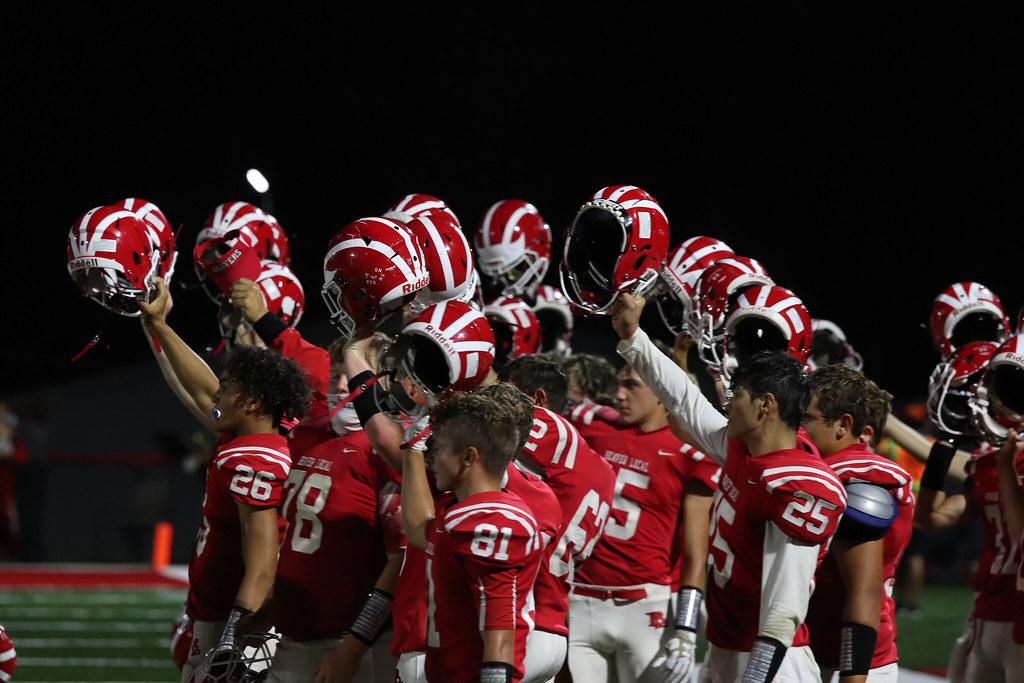 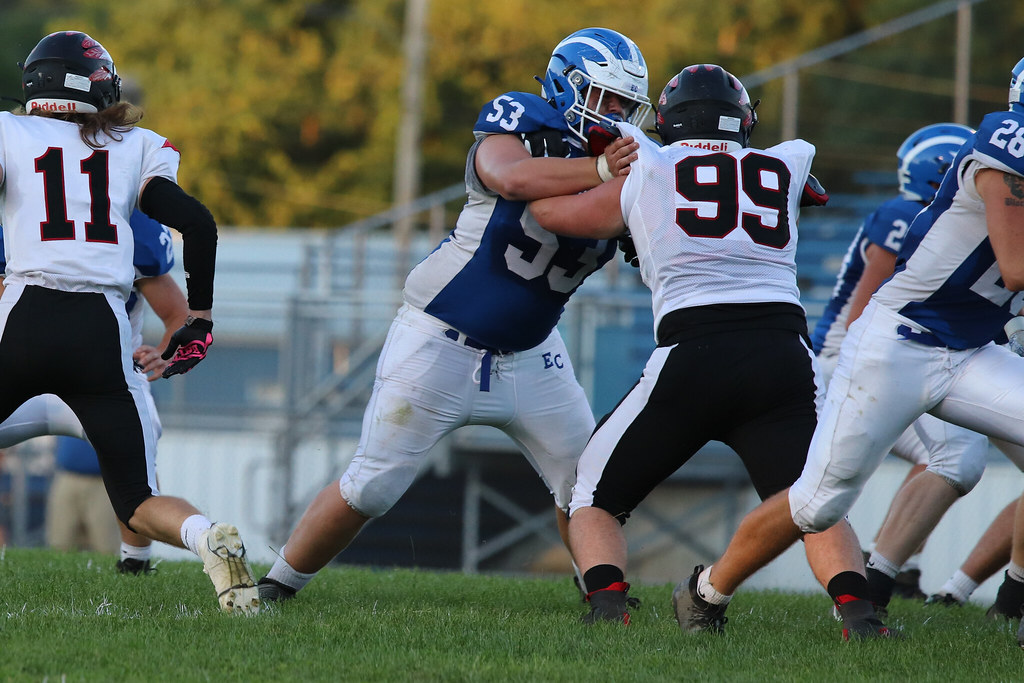 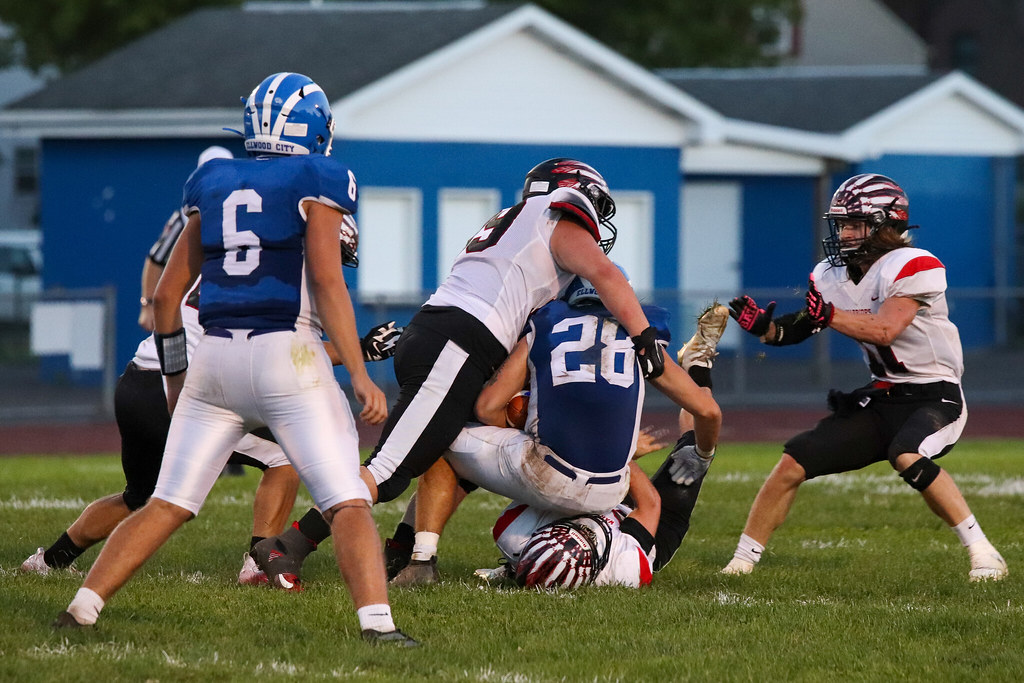 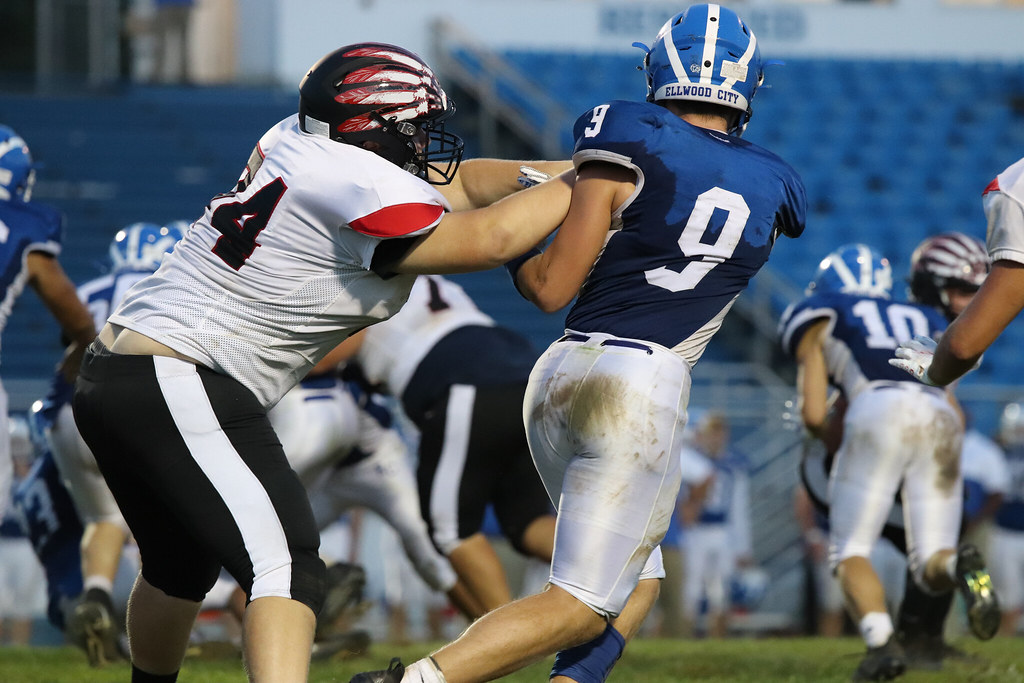 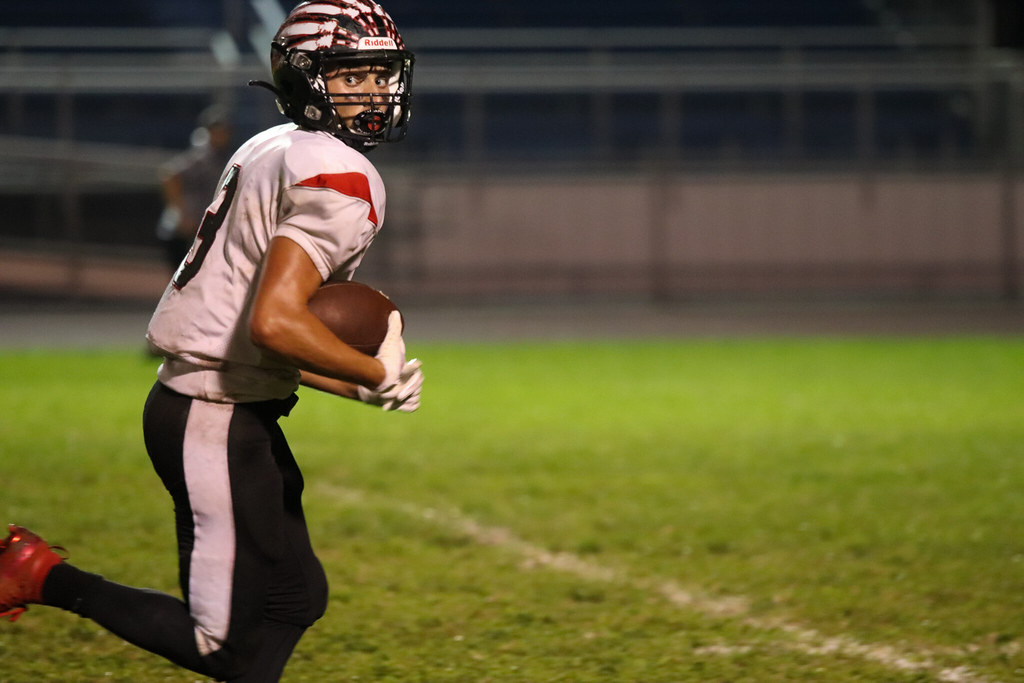 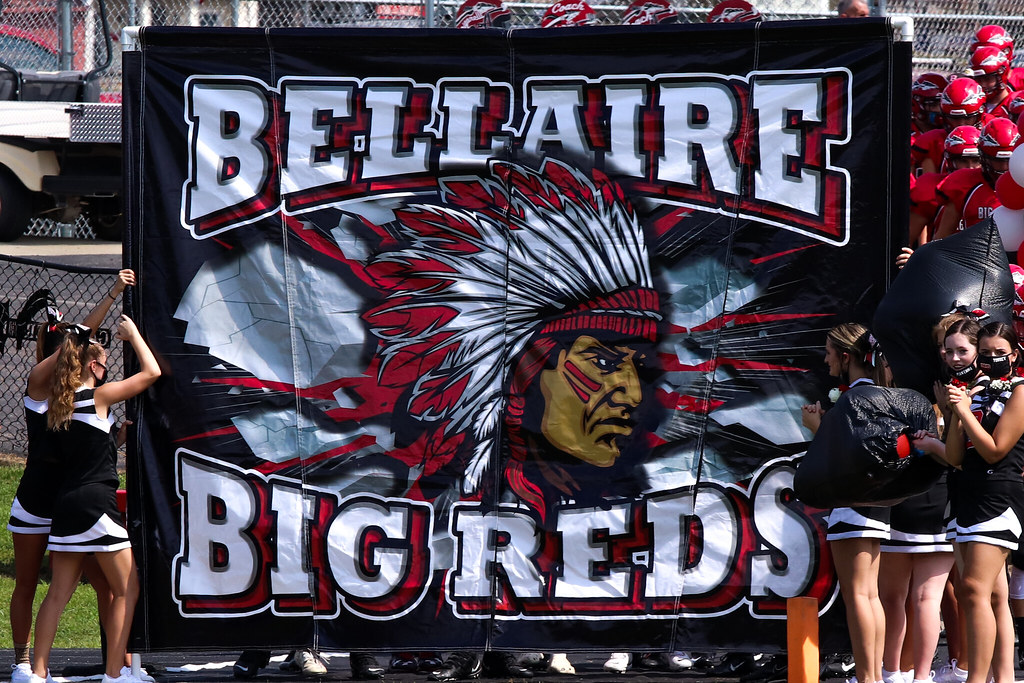 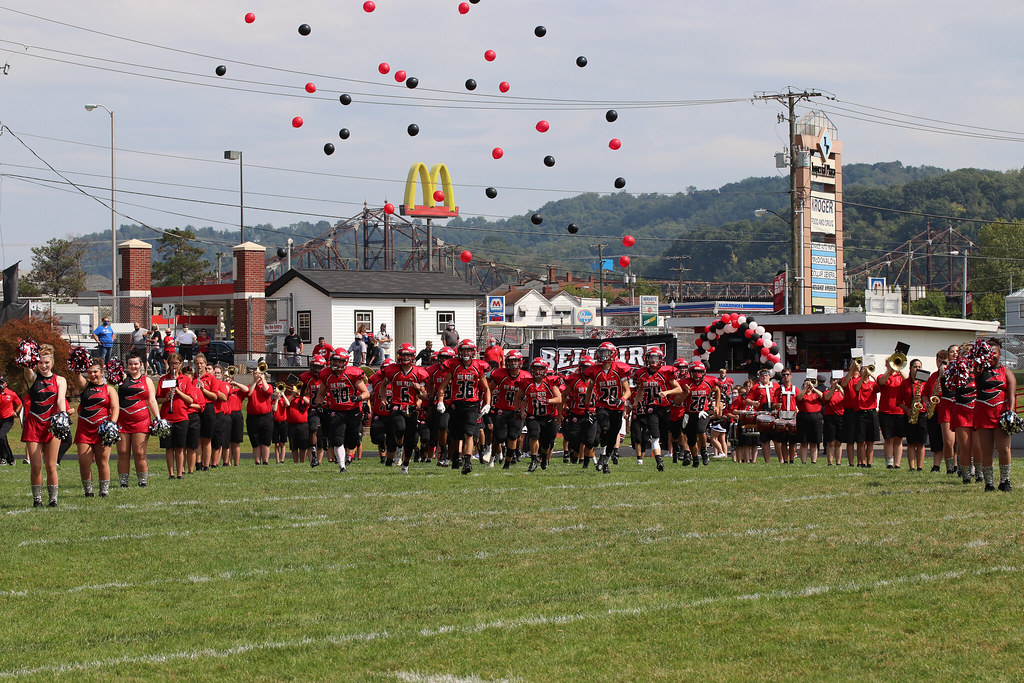 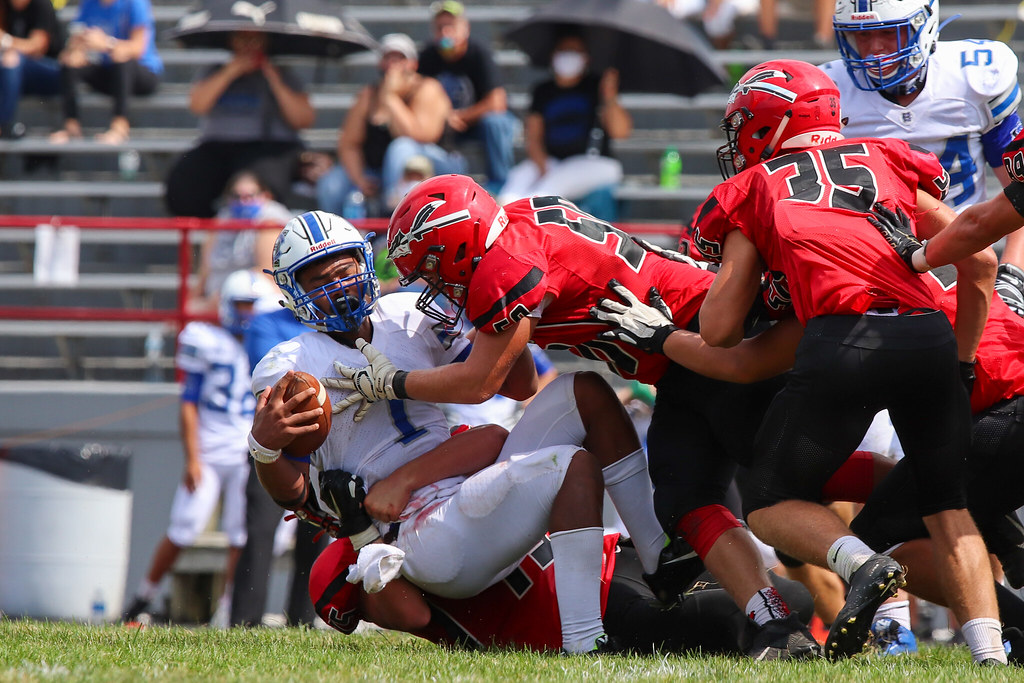 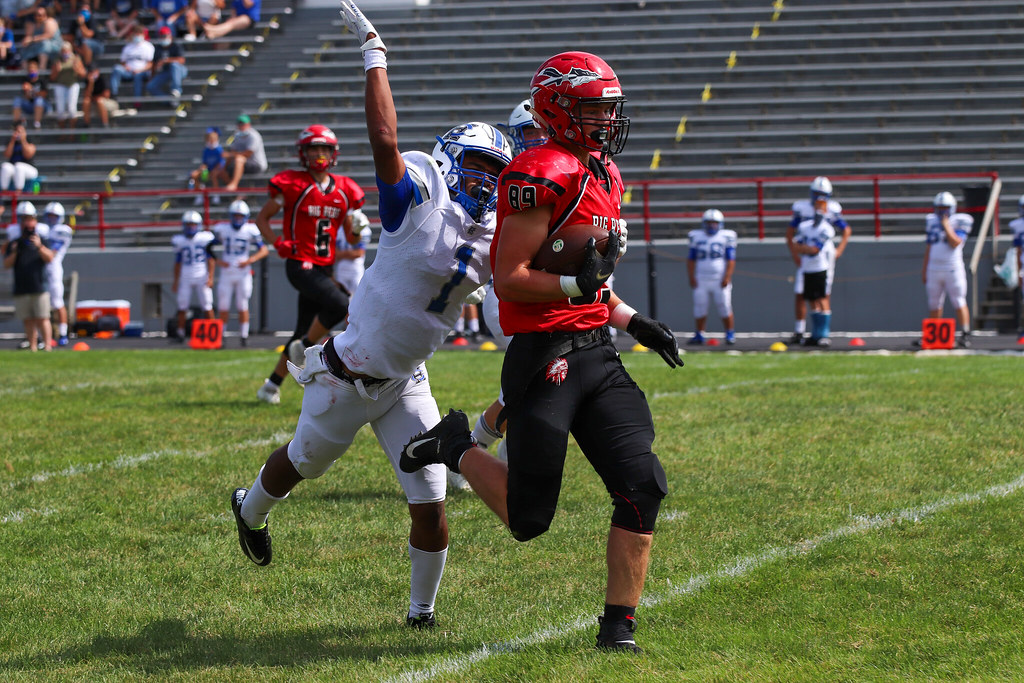 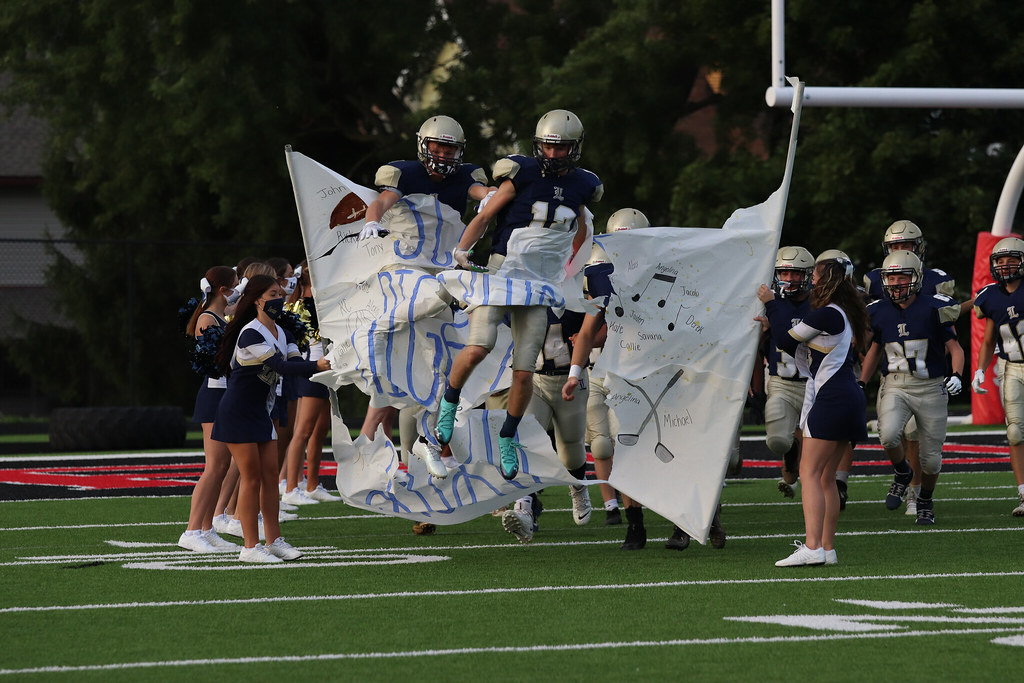 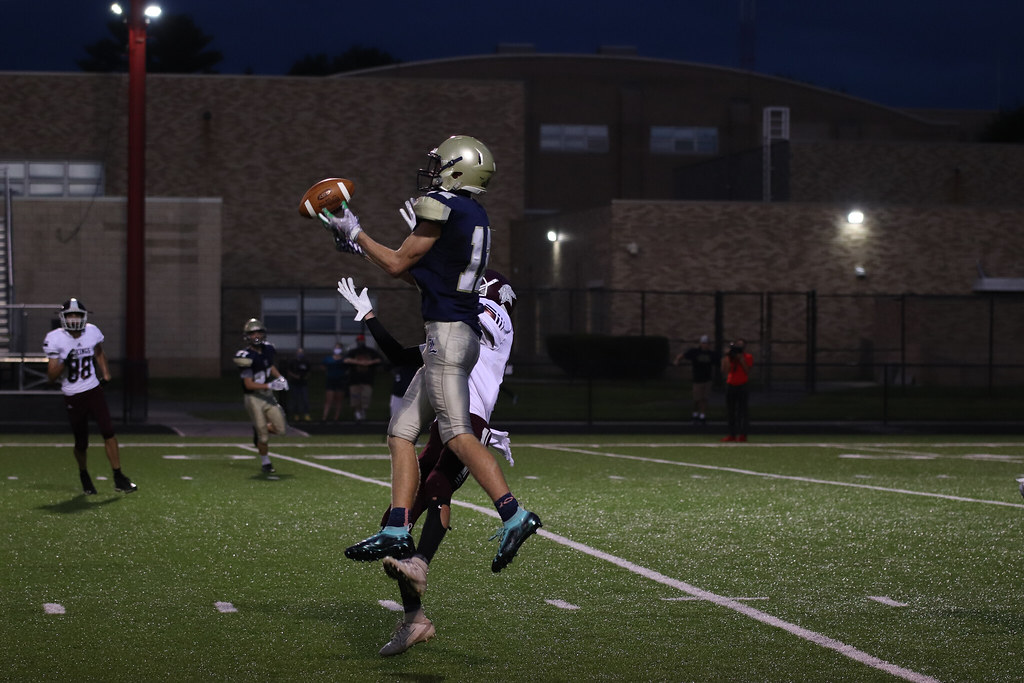