Week 15 was my annual trip to the Pennsylvania State Championships in Hershey. Even in this Covid-crazy world, at least some things stay the same. But, the more they stay the same, the more they change. Instead of three days, all six games were squeezed into two days. Which made for two really long days minding the sidelines.

Because of Covid-19, media were only allowed two members per organization. So, for this, I was the designated photographer for PA Football News. And, since there wasn’t another photographer to take turns, meant doing all six. Two long 12 hour days of some of the most fun I’ll have. Despite how sore my feet, shoulders, and neck will be when it’s all said and done.

The week started with Thanksgiving. After doing a rather simple Thanksgiving Lunch at home it was the long drive to Hershey. Every year, it seems to both be a longer drive than the year before, yet it seems like the miles pass quickly. The I-80 to I-99 to PA147 to US322 into Harrisburg seem like such repetition at this point. Been there, done that.

Arrived late Thursday for a whole day of football.

This game fell apart in the fourth quarter. Two pick-sixes by Steel-High resulted in their 32-20 victory over Jeannette. Without those two miscues, I think Jeannette would have won this in the end. But both the scores and the demoralization that resulted had done in the Jayhawks.

Last year, Central Valley played, and lost to, Wyoming. This year, they’re playing Wyomissing. They were heavy favorites this year and they didn’t disappoint. Wyomissing kept pace, but slowly fell behind and couldn’t overcome the disparity between them and CV.

I saw Pine-Richland in the state semifinals. A ‘game of the year’ against Governor Mifflin. And this week wasn’t expecting to be nearly as close. I assumed it would be a competitive game. But, that notion was quickly dispelled. By halftime, I was just rooting for a running clock. CP was listless and had the impression that they ‘just wanted it over’ when they fell down by three scores.

With the covid restrictions, there was no hospitality room for media this season. And no food. So, for breakfast was Wendy’s next to the stadium. And, for a meal between games #2 and #3? If you guessed Wendy’s you’d be right.

And for Saturday morning? It was Wendy’s.

Wilmington was looking for their second state title. And their third straight year in the final. While Southern Columbia was looking for their ridiculous 11th state title. In their 19th try. And, unfortunately, Southern Columbia took a narrow lead and widened it into a blowout by the time this one ended. It really was closer than it looked, but Wilmington struggled to score after the intial close contest stopped being so close. Going down 14-0 was not a good start. And hanging on, down 21-7 at the half was at least respecable. But, halftime just didn’t help.

While I was sidelining it in Hershey, I was checking in on the scores Kansas. The St. Francis Indians, in 8-Man Division II, had a game against Hanover, in Newton, Kansas. I finally got to see a game in St. Francis this season after a few near-misses last year. They were in the state final for a second straight year. After having a 36-0 lead over Canton-Galva last year, and losing 66-36. This year, though, they had a 12-0 lead, before succombing, 46-24 to Hanover. A string of turnovers being their undoing.

After the game, it was back to the media area up on the stage. Where Wilmington, gracious in defeat, left a few leftover pizzas from feeding their band for the media braving the wind on Saturday.

TJ was going for their second straight title. While, one of the interesting town names in PA was going for their first title. The Jersey Shore Bulldogs led to the interesting matchup of both teams sporting a “J” on their helmets. TJ vs. JS. Thomas Jefferson would take a 14-0 and then give up a kickoff return for a TD. A 21-7 lead was narrowed with a 1 yard TD pass with 34 seconds left. Jersey shore would get the onside kick. And move the ball a bit. Before stumbling and unable to score the tying touchdown on their last possession of the season.

Central York had advanced via a victory over Erie McDowell in the semifinal round. St. Joseph’s held on after a big lead was wittled away in the waning minutes of their game against Souderton. It started with Central York giving it everything they could. Forcing a field goal. A 10-0 deficit after one. But then, it started to fall apart. St. Joseph’s Prep’s offense just started to move the ball with ease. Especailly their passing game. A 38-7 halftime lead. 55-7 after three with a running clock.

Your 2020 PIAA Class 1A Champions: the Steelton-Highspire Steamrollers! @PaFootballNews pic.twitter.com/jpLxIoDMcX

I’ve got my reasons for that last one. But I’ll keep things diplomatic here. If you don’t setup quickly for a team photo after a game when you’re told to leave the field, then you don’t get a team photo. But, when you hold a post-game game ball awarding/”we’ve had it so hard this year” speech in the endzone, when you’re told specifically to vacate the field. Then, you just don’t want a team photo done like everyone else. This is the nice explanation. 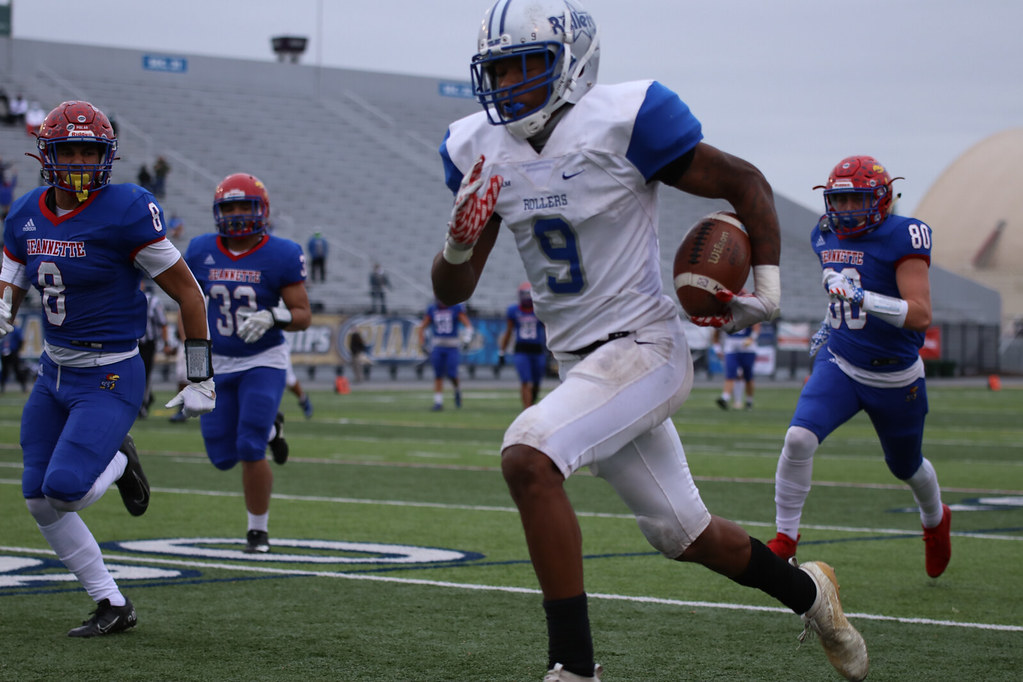 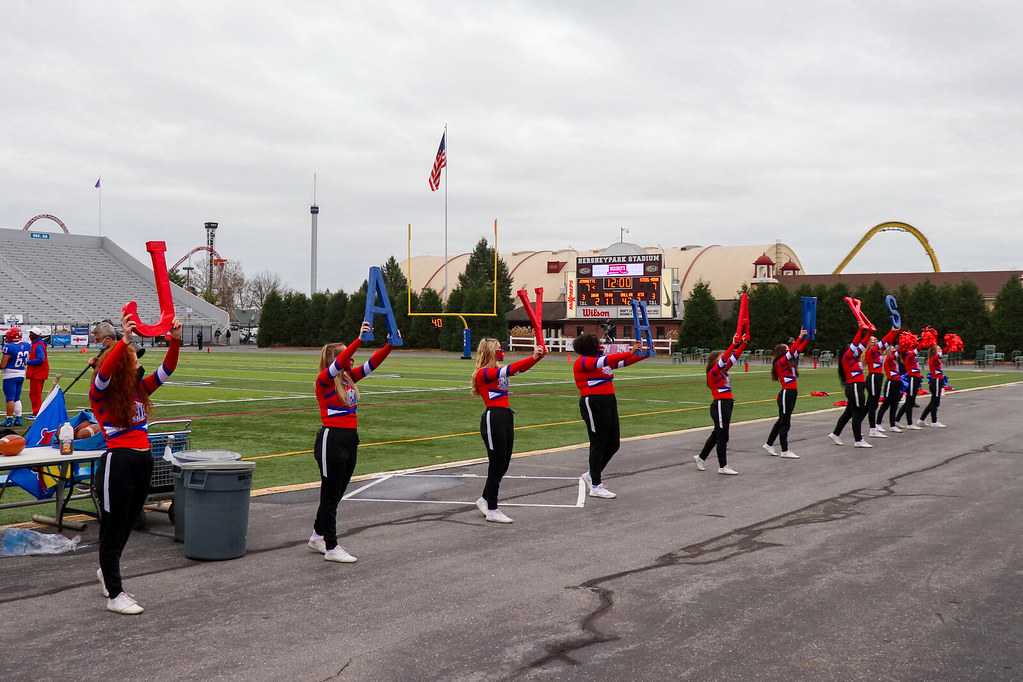 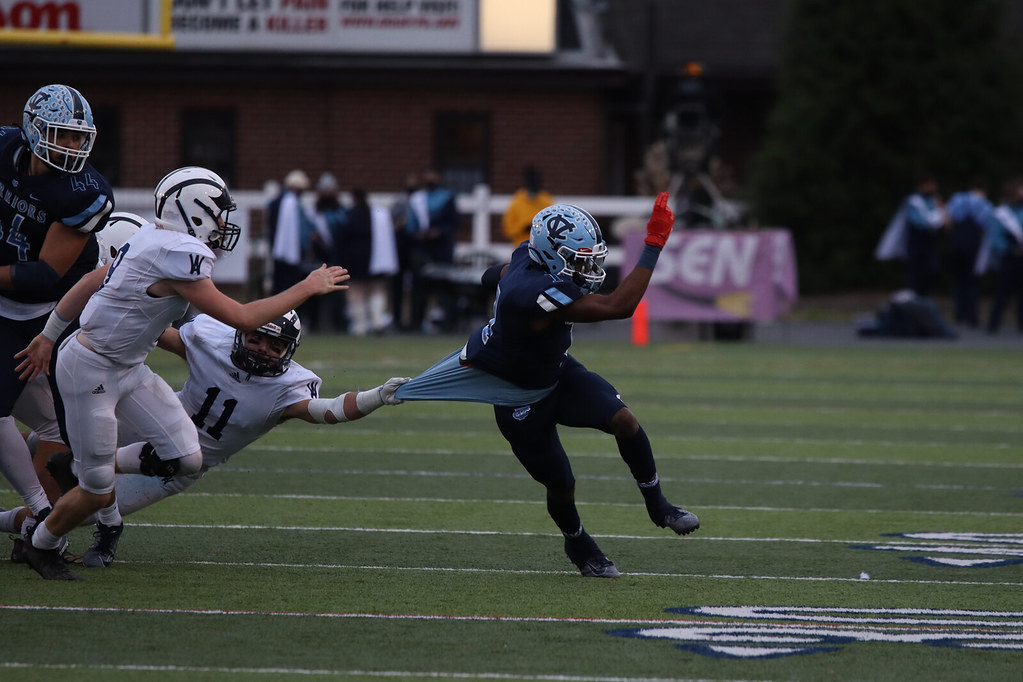 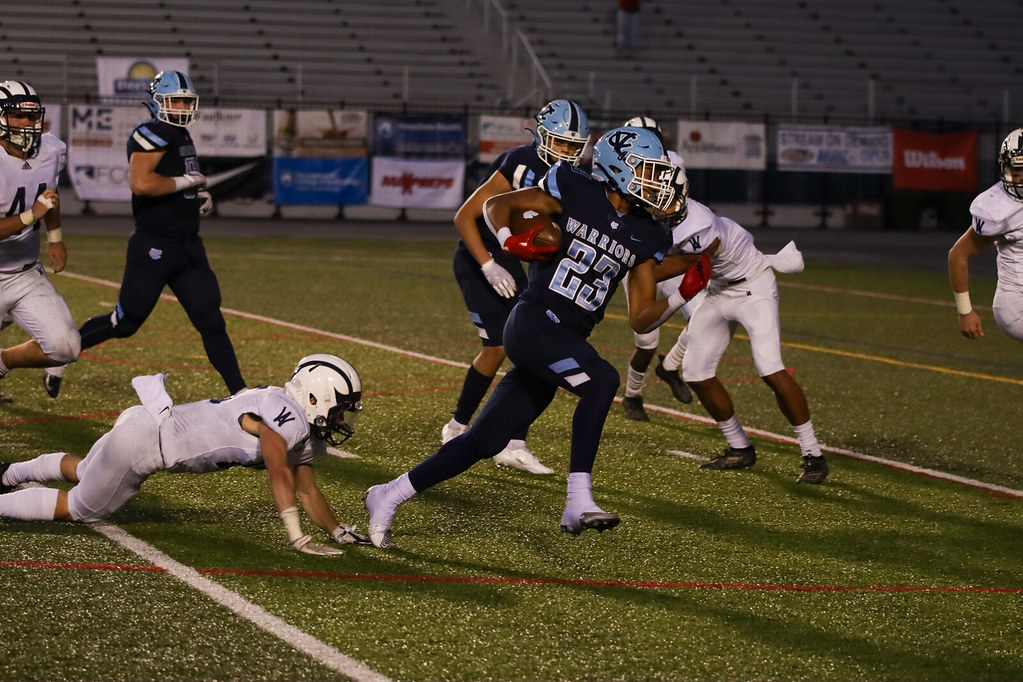 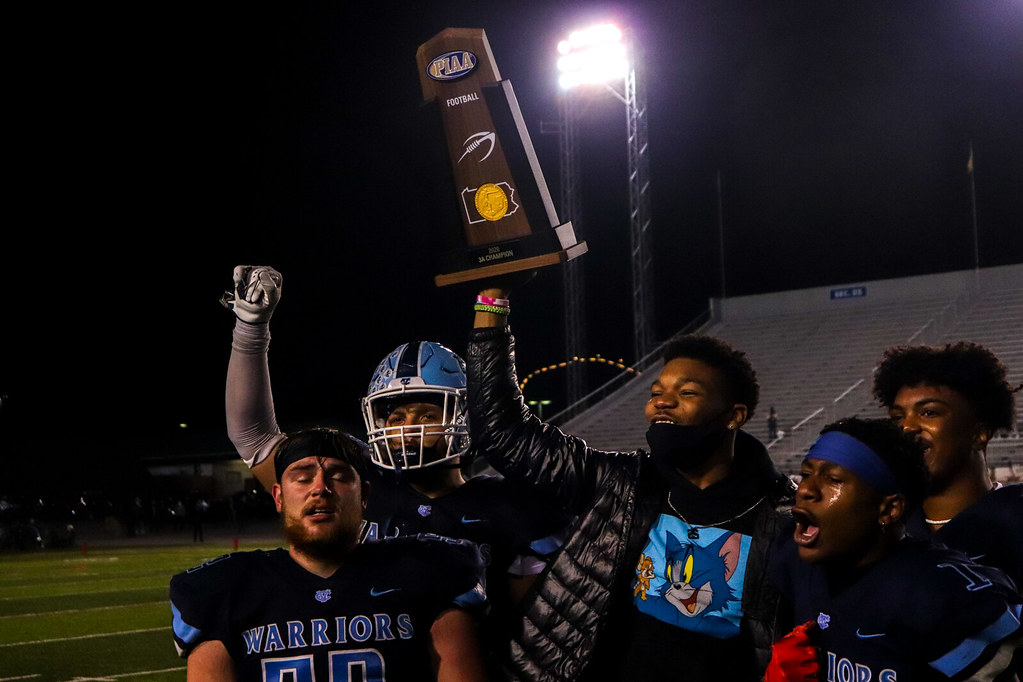 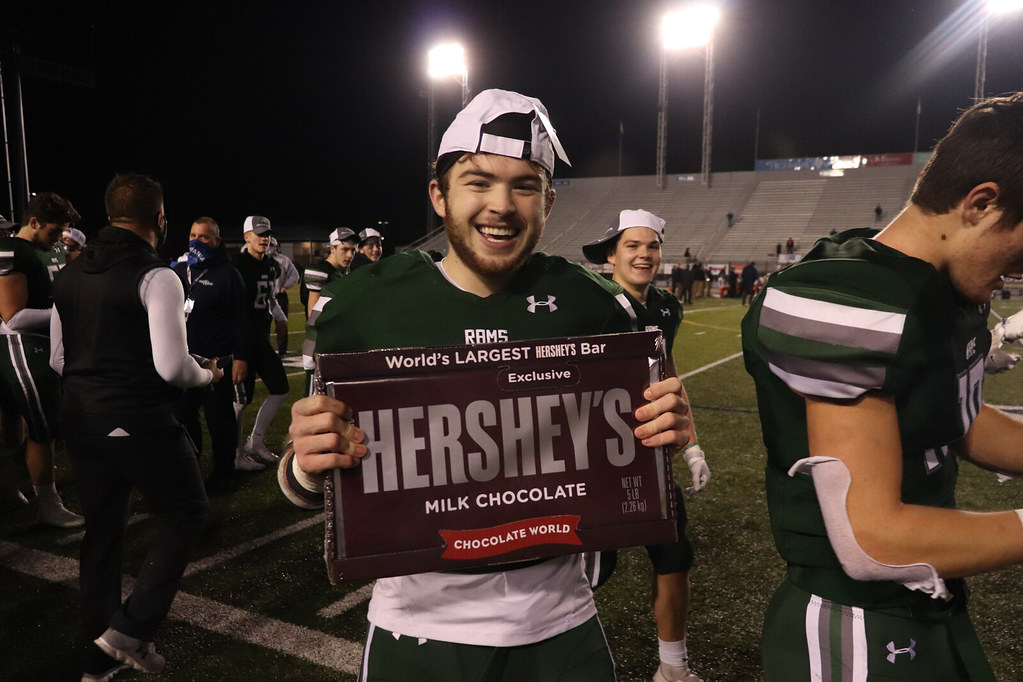 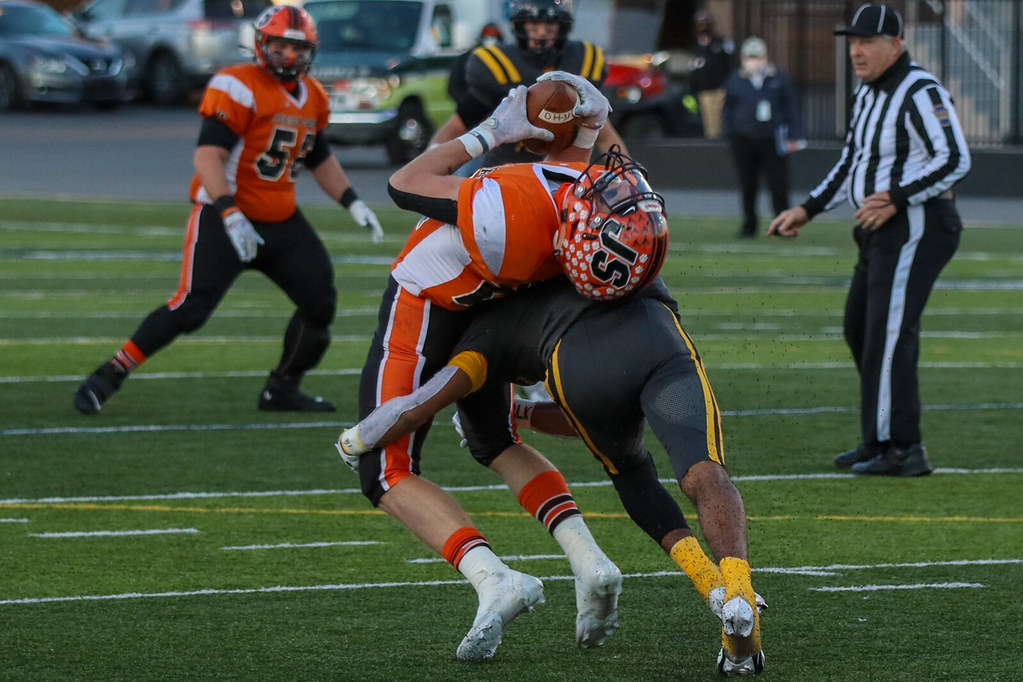 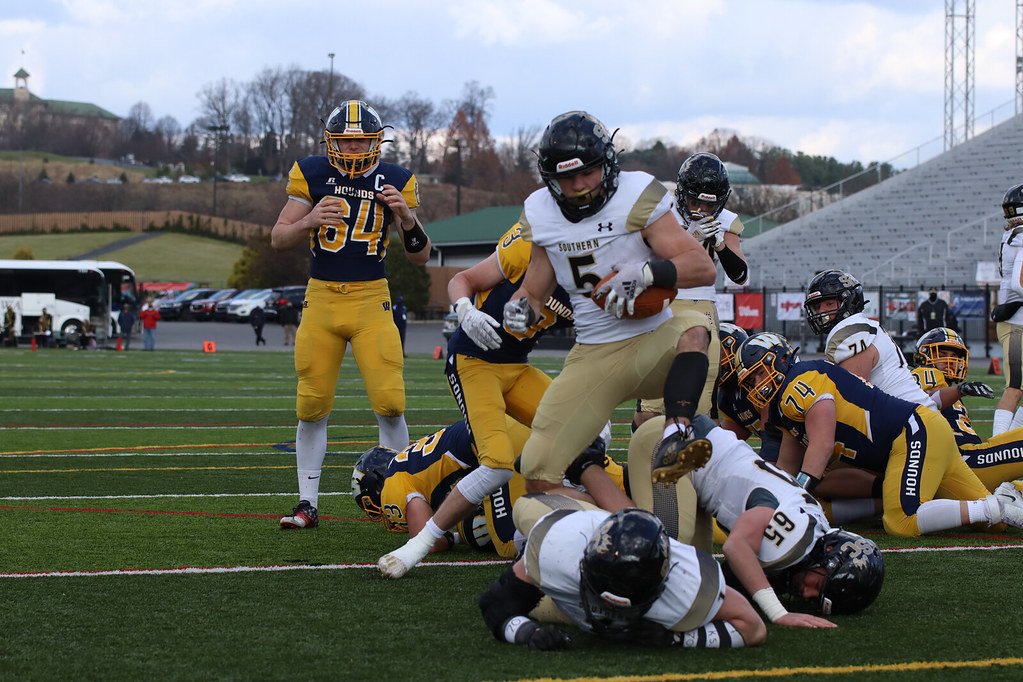 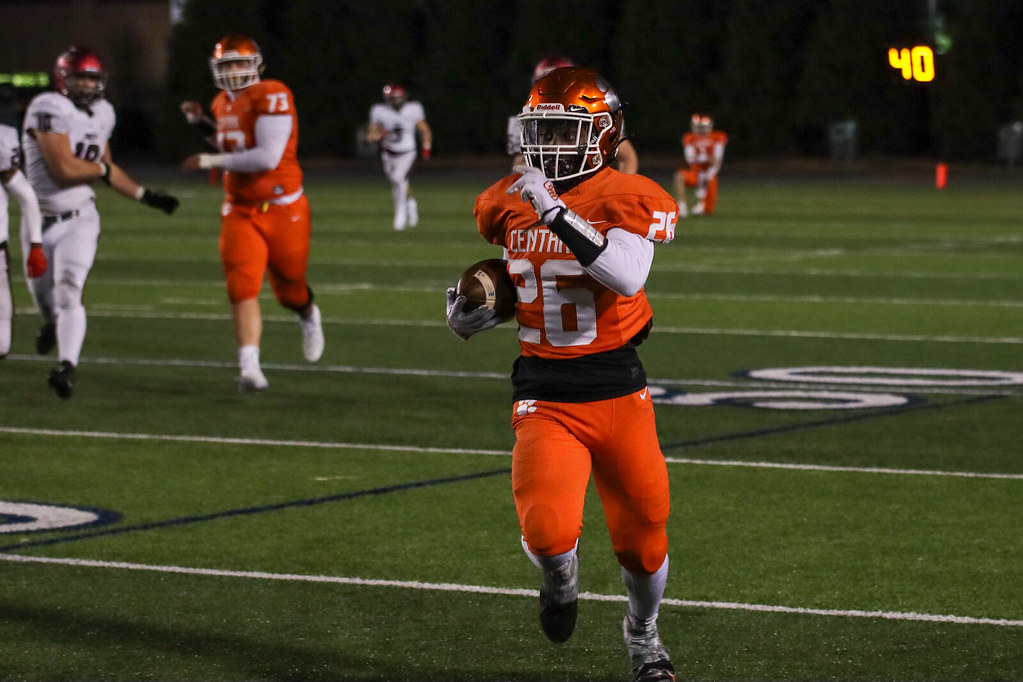 As I’m late getting this up, my plan, and reality, are to be in Mississippi for their six state championship games in Jackson on Friday and Saturday. Previously, I’ve only ever seen one game in Mississippi. A game in Meridian between Meridian and Jim Hill. All 12 teams this weekend will be new teams for me.