I left Arkansas on Saturday afternoon. And got home Sunday afternoon. It was Tuesday when I realized I’d be in Texas the weekend after Christmas. Midland, to be precise. So, getting to DFW seemed like an easy proposition. And there were several games going on at Globe Life Park.

Because Christmas was on a Saturday this year, the UIL was only having games on Thursday and Saturday. Which included a tripleheader at Globe Life Park. There was also three games in Waco. Though that was an early game at McLane Stadium, home of Baylor, a game at Waco Midway, and then a game back at McLane Stadium.

I, however, checked to see with covering the Globe Life Park games for Texas Redzone Report. After getting approved, my plans were on. I got into Dallas on Christmas night. Spent the night and then over to the stadium for the 11am kickoff.

The stadium is just down the street on Randoll Mills Blvd from AT&T Stadium where I was just a week earlier.

The three games were Regional Semifinals. In Texas, 5A and 6A were pushed back several weeks. So, their title games are going to be third weekend of January (15th and 16th).

Normally, the tickets for Globe Life Park would be $12. Parking is the usual $20 for the year this year.

The early game featured two teams I hadn’t seen previously. Prosper and Fort Worth Eaton. Both are the Eagles. My second straight Texas game featuring an Eagles v. Eagles matchup. Prosper is located north of Frisco. An area still booming with growth. While Eaton is from north/northwest of Fort Worth.

This was my second time in Globe Life Park. I was at the XFL’s first game in Arlington earlier in 2020. In the before times, in the long, long ago. But, this was my first time on the field.

Being a baseball stadium, the entire layout is a bit problematic. The third base dugout was completely removed with a large wall in place for the endzone. The field runs to the right field wall. The left field has this new stand build across it. The field was converted to field turf. But, the angle for the sun for an early December game isn’t great. The sun runs right behind the giant scoreboard and double-decked outfield seating.

It also plays with very dark shadows until the night game. The middle game, featuring Denton Guyer and Abilene, saw really inconsistent lighting that made photographing the game quite fun. And a little frustrating.

The night game was the headliner. Allen against Euless Trinity. The two DFW area teams going at it. Unfortunately the crowd was minimal all day due to covid. Though I don’t think it ever officially sold out. The upper deck wasn’t even ever in use.

Prosper opened with a 7-0 lead, and Eaton managed a field goal in response after a sloppy back-and-forth first quarter. But, Prosper’s TD in the second kept them up, 13-3. The two sides traded touchdowns in the third and again in the fourth. It was a clinical finish as Prosper just couldn’t be overtaken by Eaton. Prosper 27, Eaton 17.

There wasn’t a ton of time between games. Just about an hour. I took a break in the deepest part of the outfield and surveyed things. Maybe I’m just being myself, but I sometimes marvel how things workout. I was just in Texas. A week ago. And here I was. In the outfield of a baseball stadium on a beautiful, warm–for me–day. Watching yet another game. In this year of all years.

"Of all the paths I could've taken, the one that brought me here was best." #roadtrippin pic.twitter.com/3LwFxQF8s7

Denton Guyer is ‘my team’ in Texas. I first saw them in 2010. Denton ISD had managed to create a doubleheader at SMU’s Ford Stadium with Guyer playing Longview and Ryan playing Wylie. The first game, Guyer trailed, 17-0 at the half. And came back to win, 28-27 with a 15 yard TD pass with 10 seconds left (the PAT as the deciding points). And, honestly, was just sorta hooked from there. Despite the commonplace Wildcats nickname, their logo is very unique, as well. 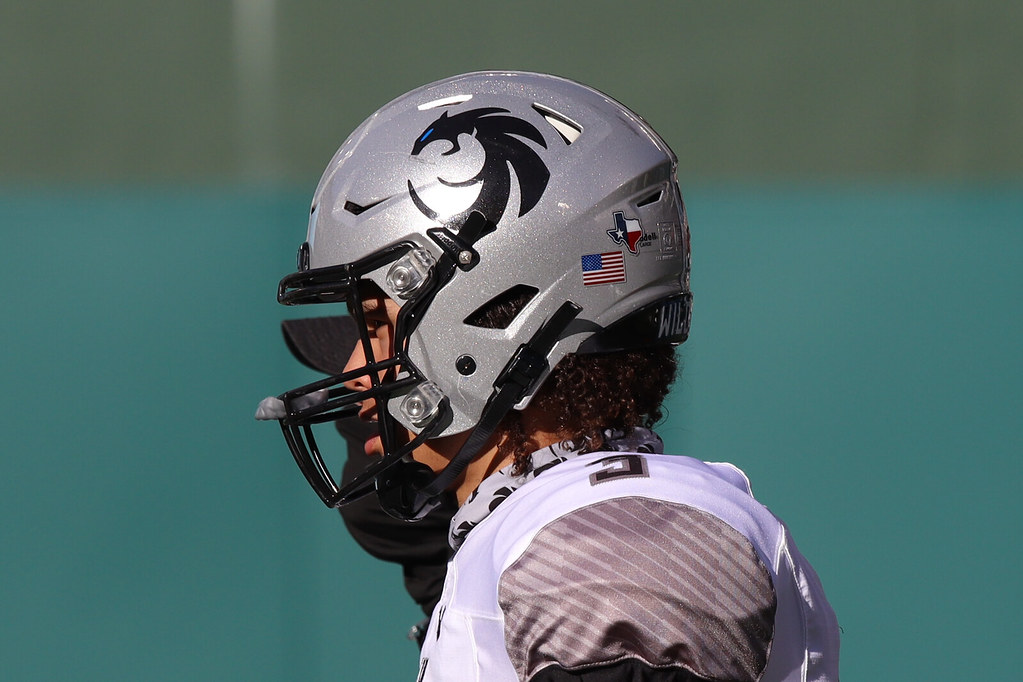 Abilene, also the Eagles, was my second time seeing them. I saw them win their first state title in decades back in 2009 when they won a state title over Katy. That was in the first few years with Texas playing predetermined locations for state finals in some classifications. Those games were a doubleheader at the Alamodome.

In this one, Abilene burst out to an early lead on a horrendous start by Guyer. The kickoff was recovered and downed accidentally at the goal line. Setting up a punt that Abilene was able to convert into a moderately long TD run to take the lead. But, then, Guyer got composed and started rolling. Eventually demoralizing the west Texas squad, 38-21. Setting up a matchup against Prosper the following week.

After that, I took a break in the pressbox and found out that, to my surprise, there was food. while I had been stuck with concession fare earlier for lunch. I had a Chik-Fil-A sandwich and cookie. And a water. So, at least it was something. Which was nice.

The night game, though, was shaping up to be the best of the day.

In the 6AD1 Regional Semifinal, the Trojans of Euless Trinity were the underdogs. But, they didn’t play like it. Despite being down. They were moving it in spurts aginst the Allen defense.

The second half was where they shined. Closing the gap to 35-31 after 3, and then the lead, finally. Before some back and forth saw them leading 49-45 and with the ball after an interception of Allen’s QB General Booty. Their stud running back piled up over 450 yards on the ground and six touchdowns. And a 4th and 4 for the ages.

After the game, it was back to Dallas. And then, a long drive to Midland Sunday after watching the Browns-Jets game featuring walk-on wide receivers. After that, I was over in Kermit and did a drive up through Hobbs, New Mexico. My first time on that stretch from Kermit to Clovis.

But, I’m currently in Dallas. Waiting for another wekeend of football. This time it’s two tripleheaders. And technically, the first high school games of 2021.

The total cost of the football portion, was only $94.30. All else was work related and not counted. Including getting to and from Dallas. 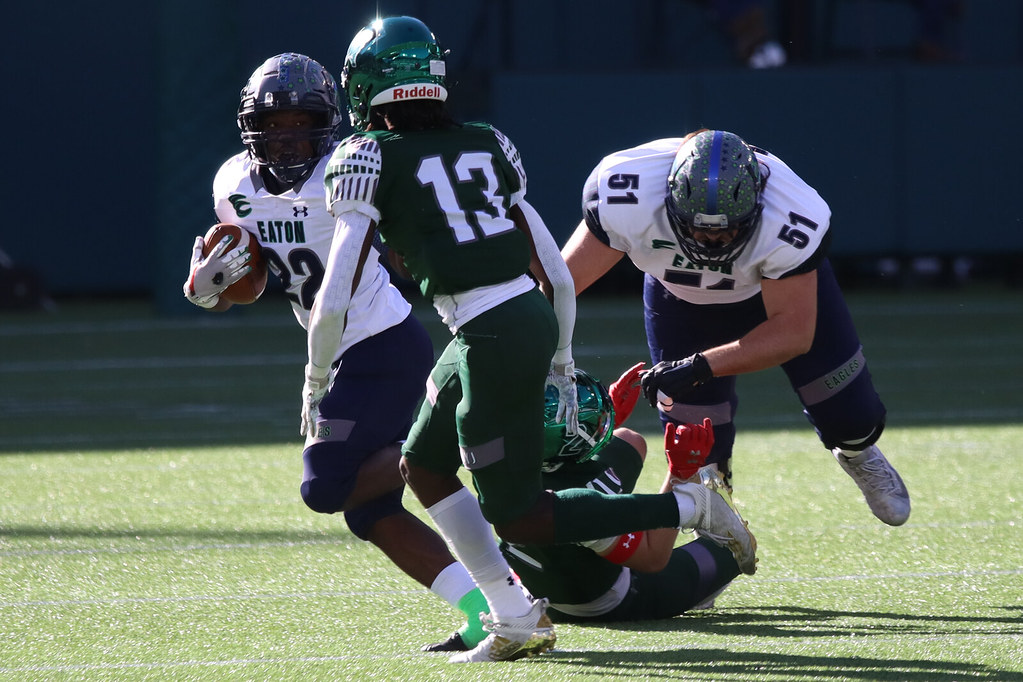 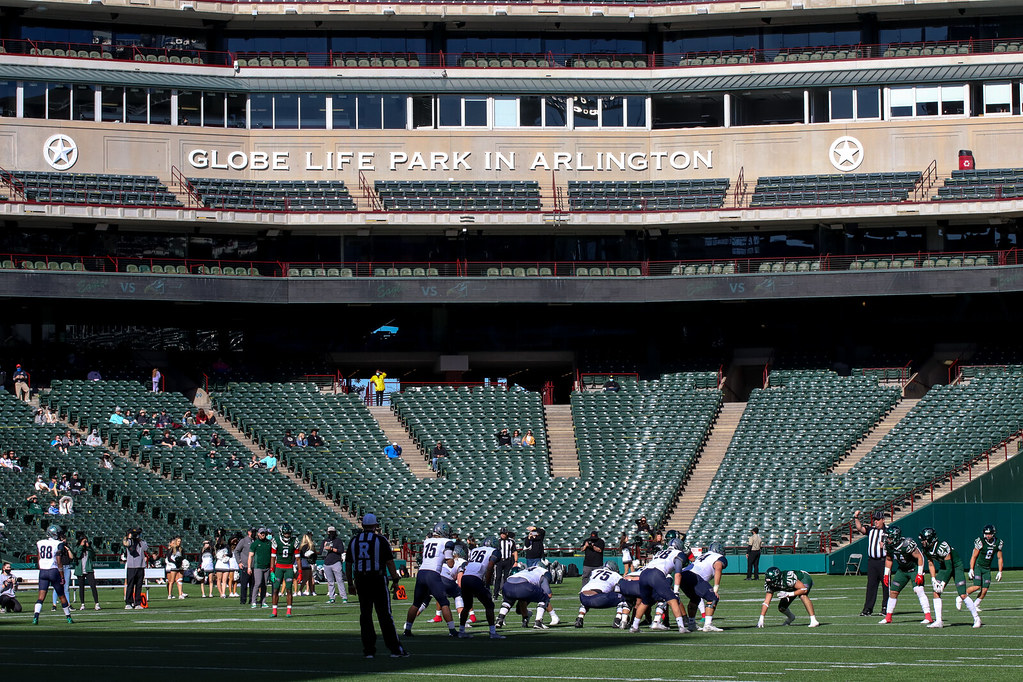 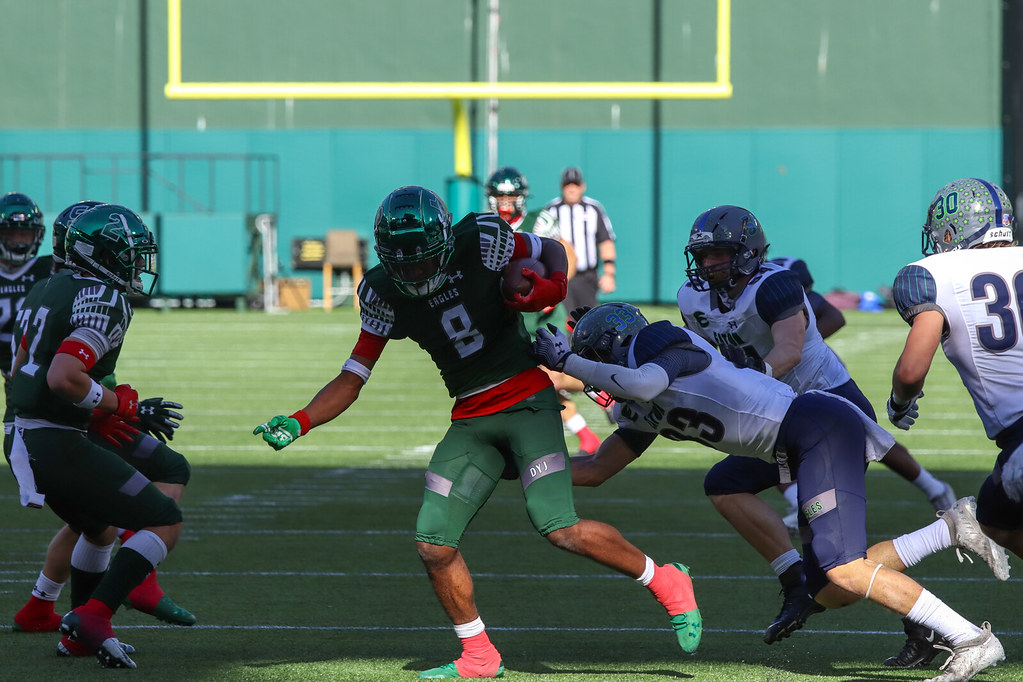 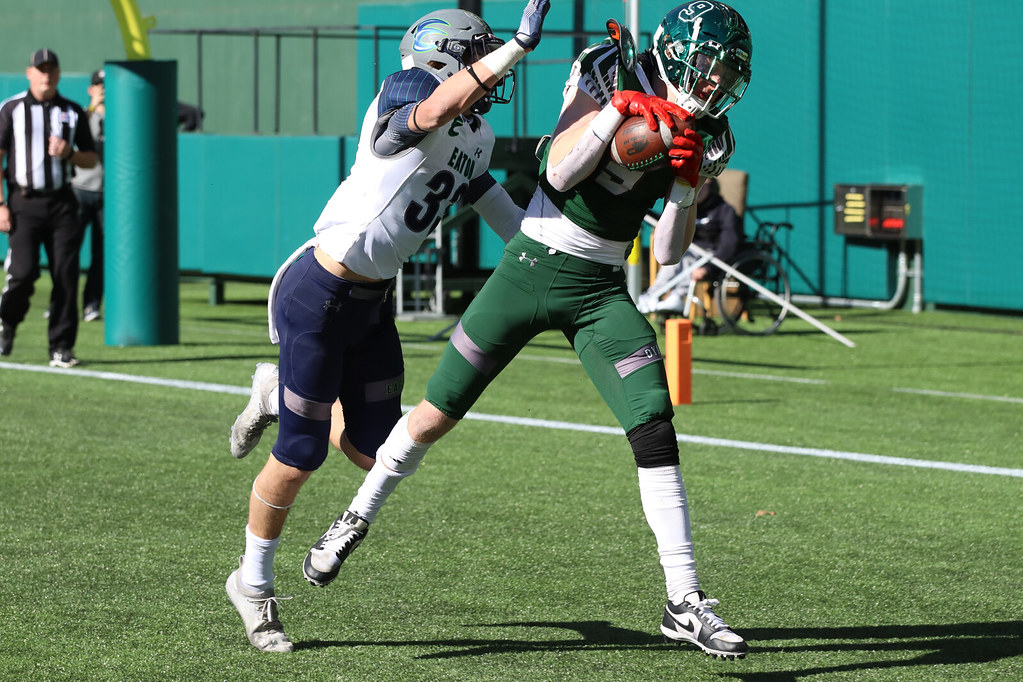 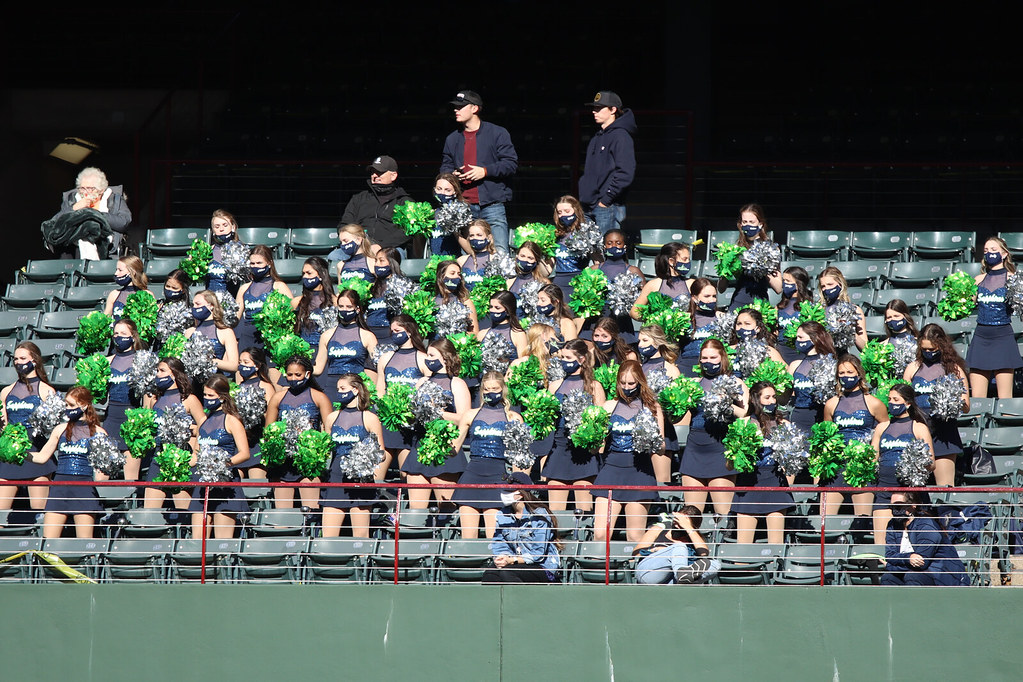 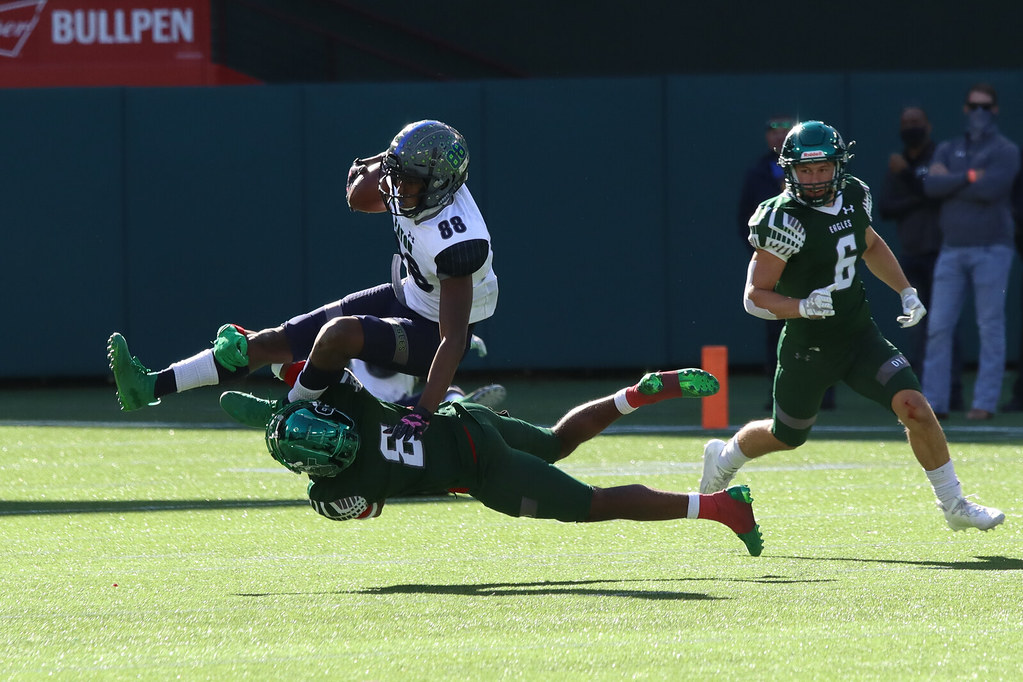 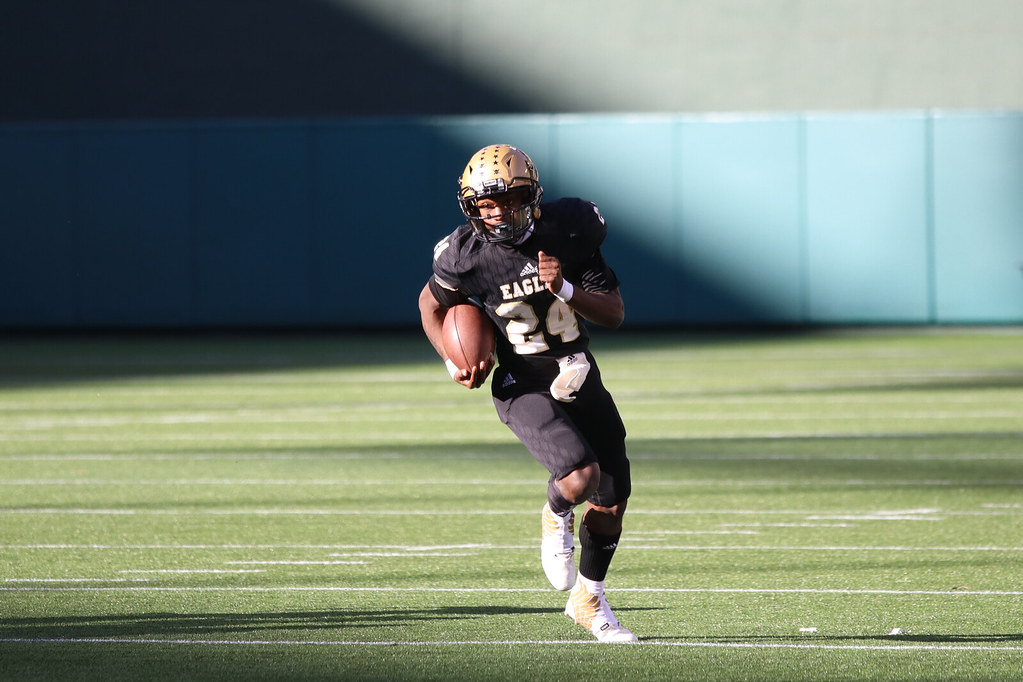 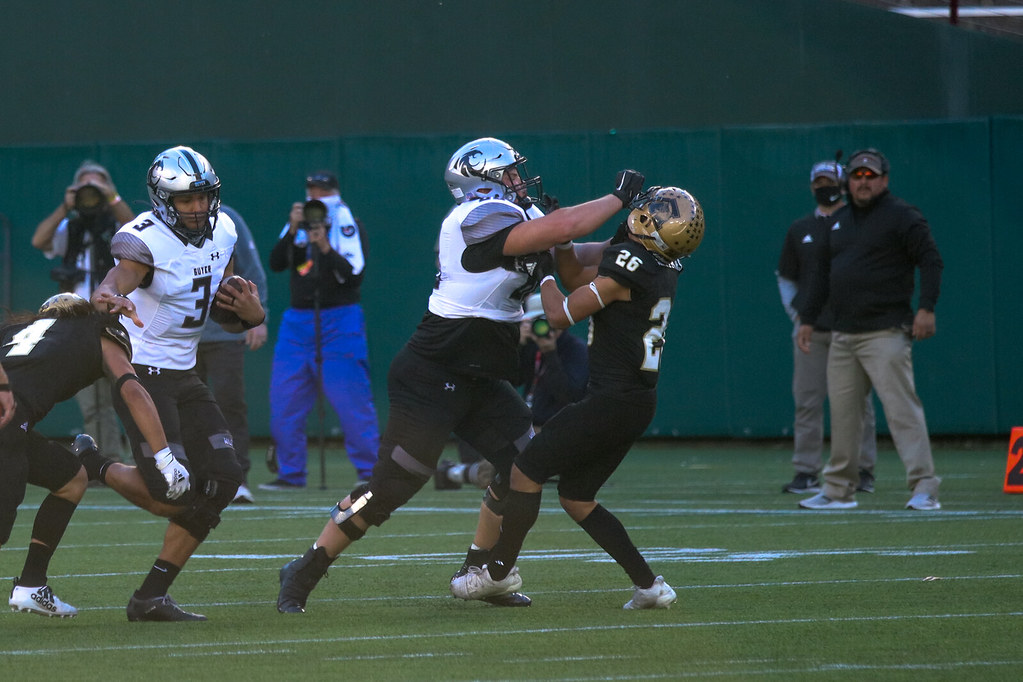 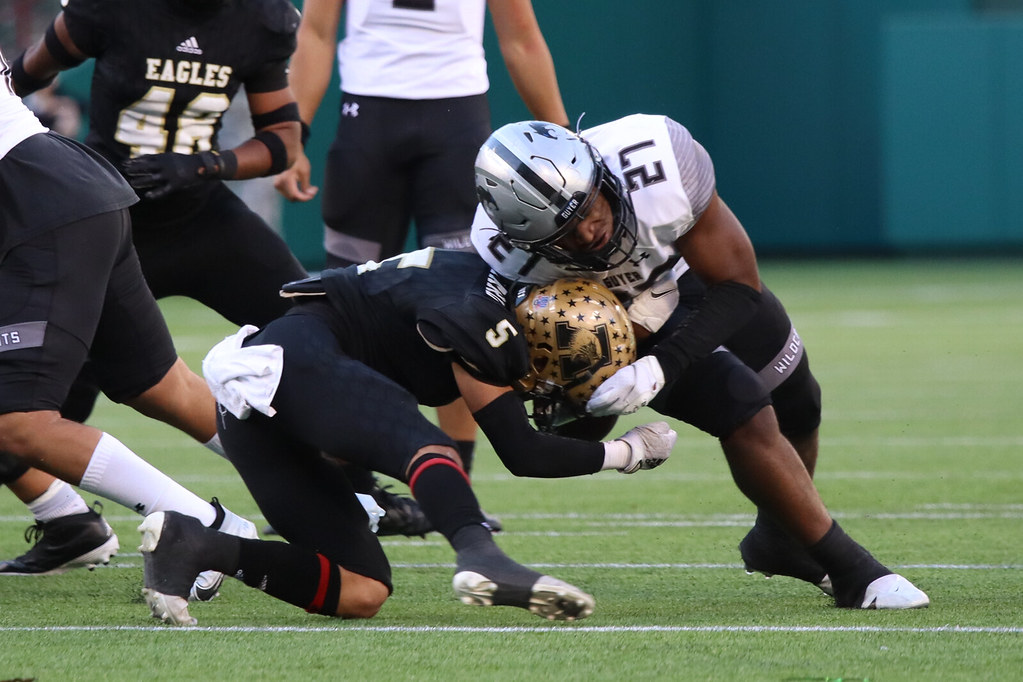 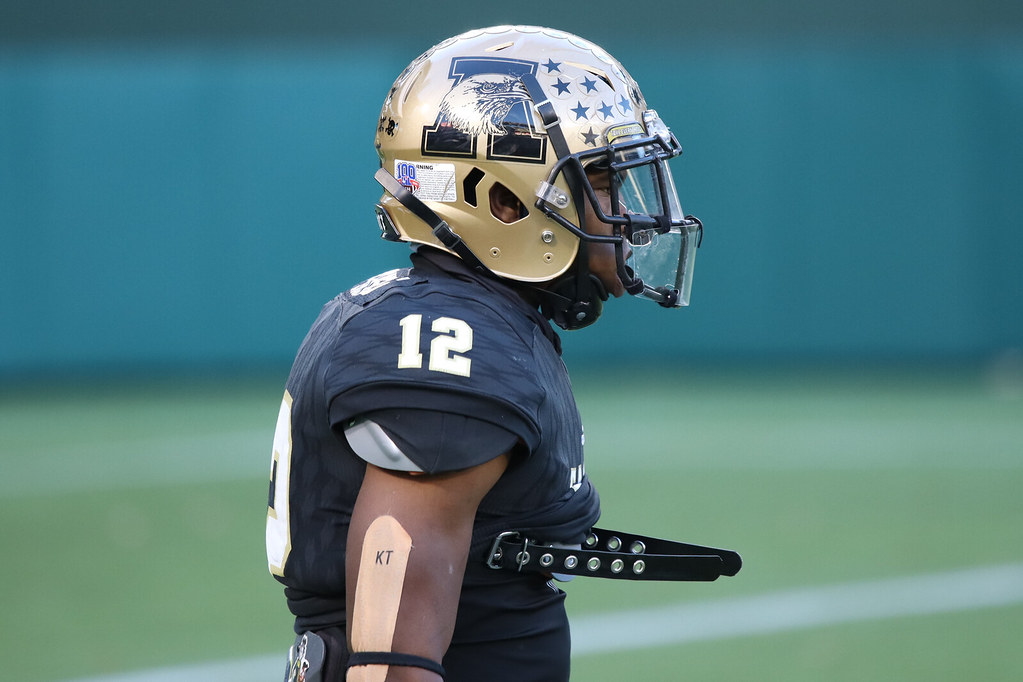 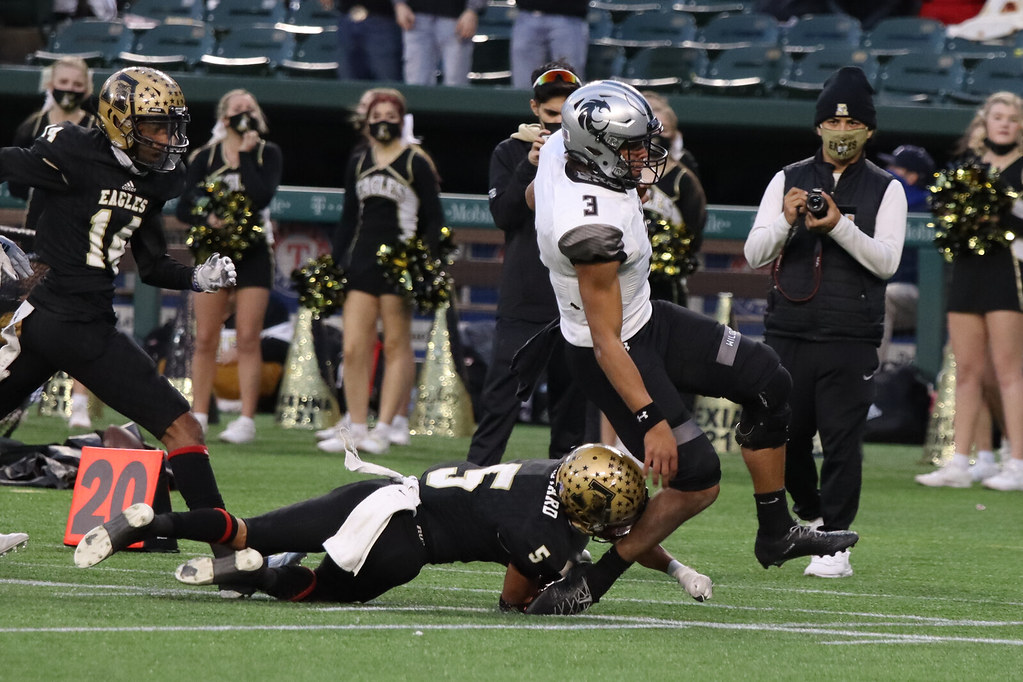 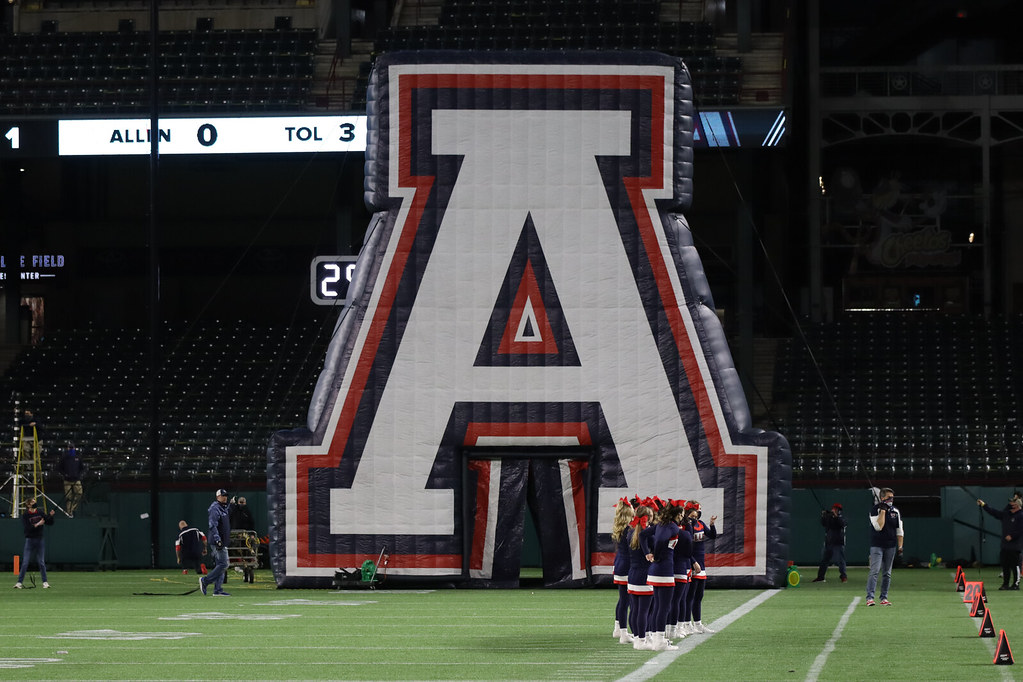 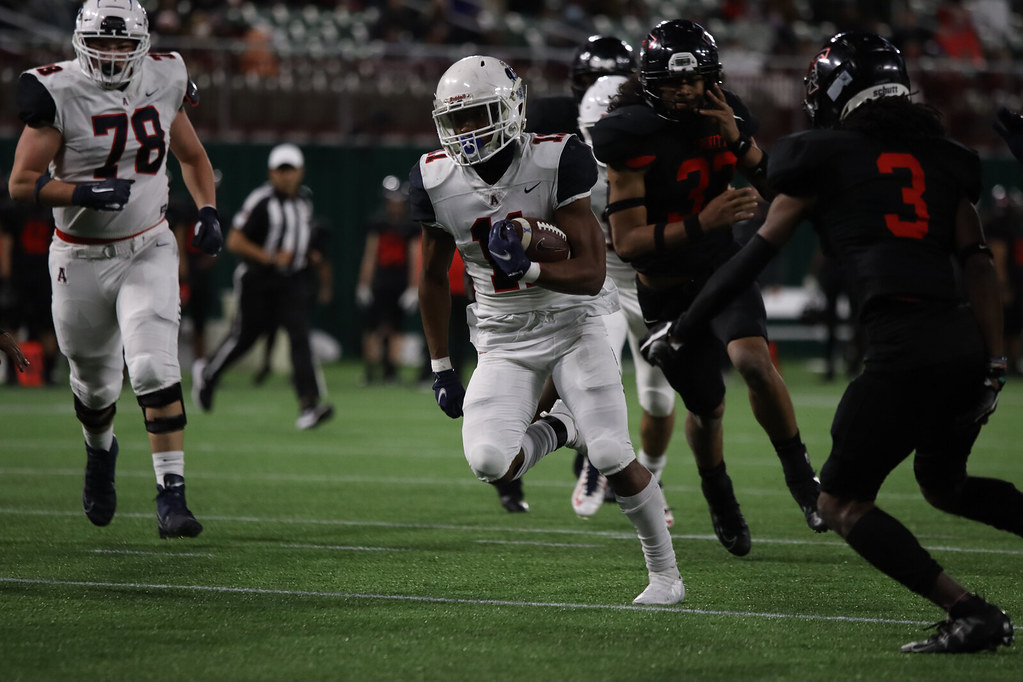 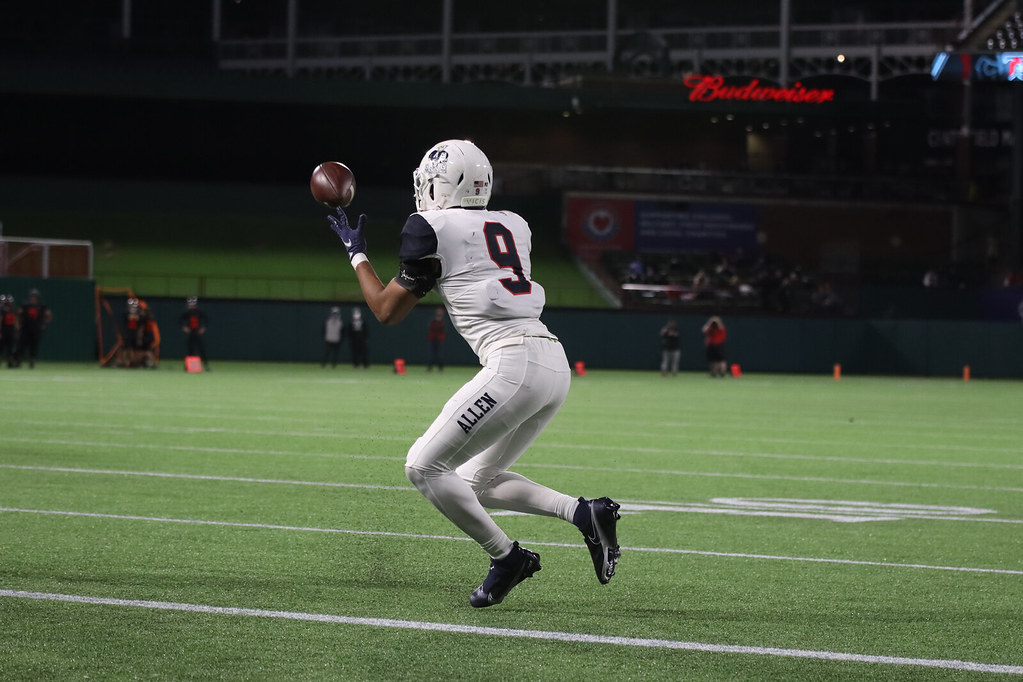 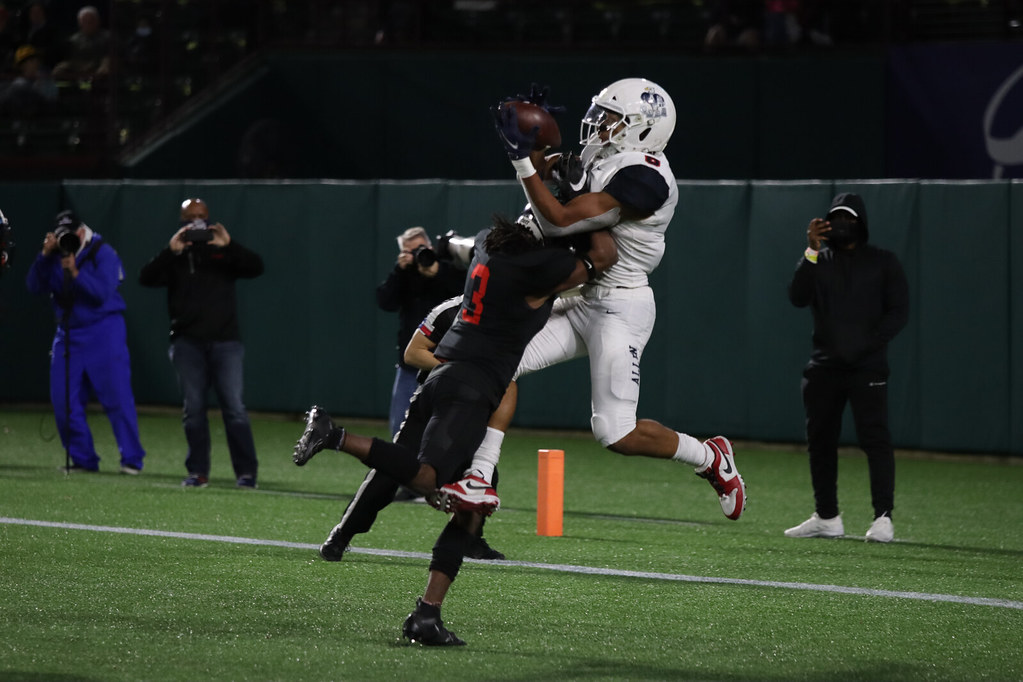 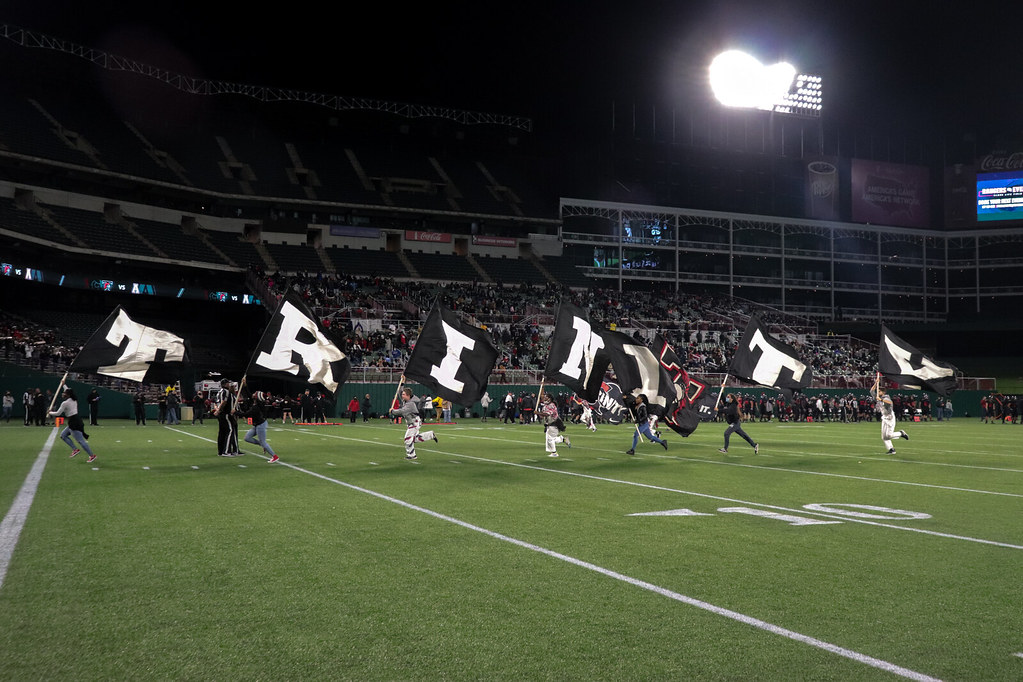 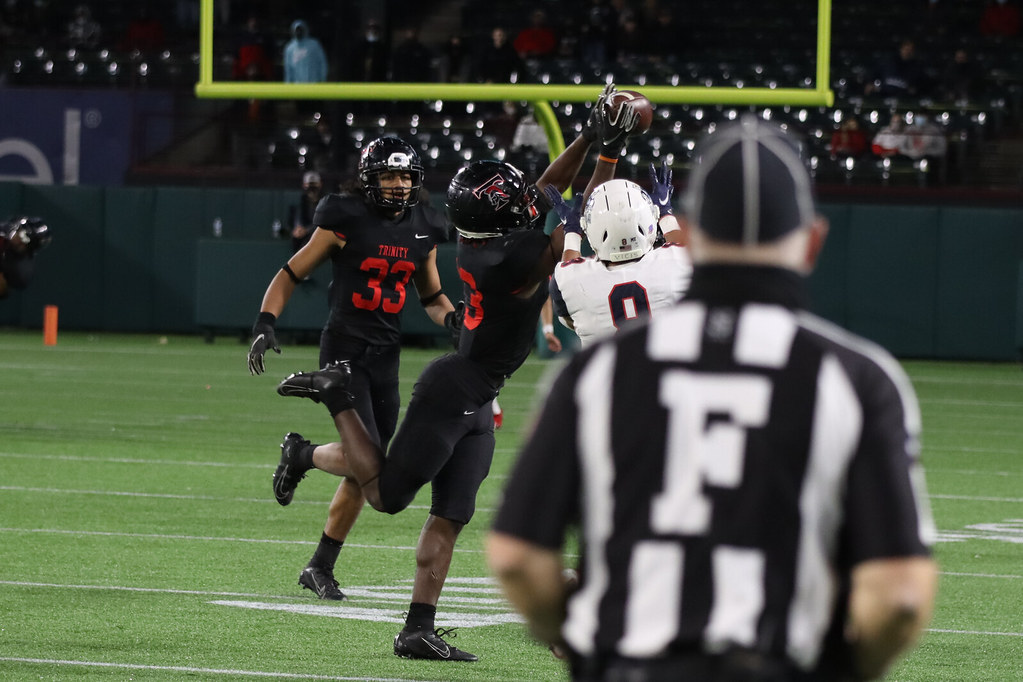 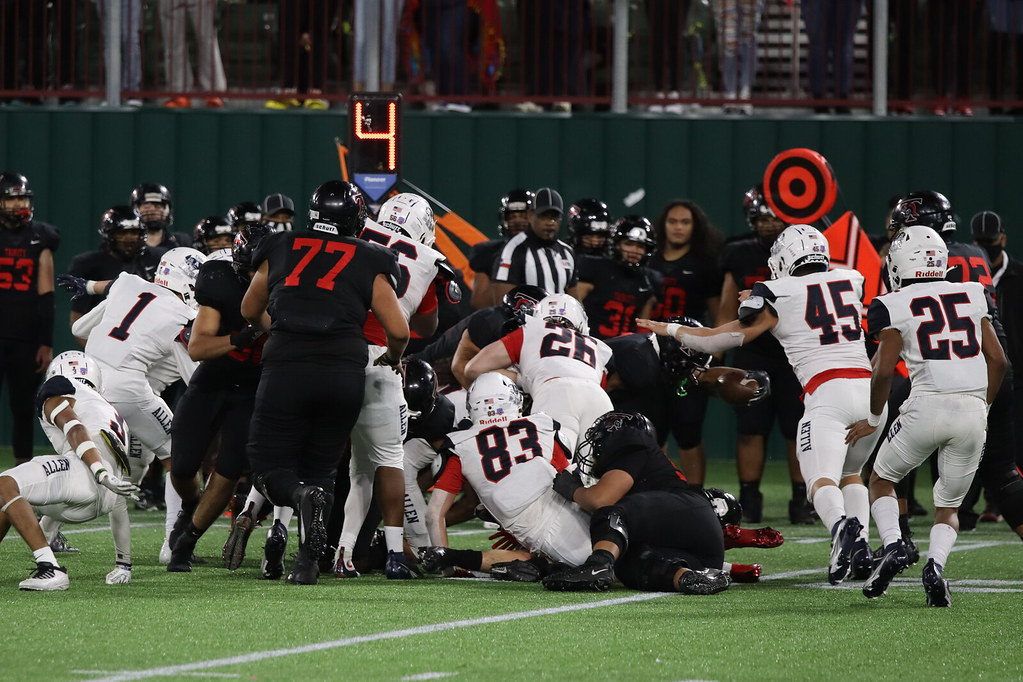 I’ll be in Globe Life Park again for six more games. Originally 5, but the Thursday morning game has been rescheduled to Friday night with the threat of winter weather on New Year’s Eve. There will be a Rose Bowl game played just down the street on Friday night. The likely reason there was originally no game scheduled for that timeslot.

That would put me up to 84 games total on the season.

Red Oak, Arlington Summit, Lucas Lovejoy, and Rockwall-Heath would be new teams for me. And the Friday night game would be my 100th game in Arlington, Texas (94 at AT&T Stadium, 6 in Globe Life Park). Would be the first such town for me.