I’ve been busy now the last few weeks. So, aside from getting photos done, doing a little write-up on the games is a bit of a stretch. Also, since I was in Texas for work for two weeks meant that I didn’t really ‘travel’ for the games like I did with South Dakota, Mississippi, or the state finals of Week 18.

This week, knowing I was going to be in Texas, made getting to DFW an easier option. With the prospect of six games, made it worthwhile. With limited fans and AT&T Stadium generally unavailable, Globe Life Park, just down the street, has become the go-to venue in DFW.

And in Week 20, the Regional Final round, or State Quarterfinal round, there would be six games at Globe Life Park. Though, not the best schedule. With New Years’ happening, there was one Thursday morning game. There was one more Thursday Morning game in Abilene.

Then, two early games on the 1st at Globe Life Park. And then a tripleheader on Saturday. I had planned to be in town for the Friday and Saturday games. Figuring on an early night Friday. And then, winter weather was on the horizon for Thursday.

That quickly scuttled the Thursday games. The Globe Life Park game between Aledo and Lucas Lovejoy was bumped to Friday night. Now, setting up two tripleheaders. Luckily, I had no real issues with the weather and got into Dallas Thursday morning. I stayed up for the Times Square Ball Drop, and just finished up my previous week’s recap.

Friday morning, it was a quick ride over to the stadium. Carpooling with a friend. This weekend’s games were as photographer for Texas Redzone Report. Same as the previous week’s three games.

The weather was much cooler. We arrived about an hour before kickoff. And it was down to the field.

The first game of the weekend featured two teams new on my list. Red Oak from south of Dallas, while Mansfield Summit was actually from Arlington (Mansfield ISD extends a bit north), just a few miles from the stadium.

Mansfield Summit was the 4th seed from their district, making it a rarity to see them in a Regional Final. Vying for a state semifinal slot. Despite the underdog status, Mansfield Summit, the Jaguars, consistently found ways to move the ball and get points and the needed stops to wrest the lead back from Red Oak late in the game. Turning a 35-28 fourth quarter deficit into a 41-38 victory.

They would take on the winner of the second game.

These were two teams I’ve seen previously. Both from state title games. Highland Park involved in what might be one of the best games ever. This was a grudge match. Highland Park being just northwest of Dallas. While Denton is a city at the confluence of I-35W and I-35E north of DFW. The game opened with a lot of scoring. Denton led 14-7 after twelve minutes. They added a field goal in the second. And that was it. A grueling, grinding weather-plagued game that neither team could get points. That ten point lead seeming insurmountable. Denton Ryan 17, Highland Park 7.

With a steady, though minuscule rain and no rain gear, I retreated to the press box. Finished my photos from the second game, and waited out the weather for the third game.

That’s a view from the dugout. The one that’s still there at the stadium along the first base side. The third base was completely removed. Only leaving a small outlet from the long corridor from the bowels of the stadium from the east endzone.

This game had been moved back from Thursday morning. And it was my least competitive game. Though, it ended up being one of the most. Aledo got out to a 14-0 lead. And looked like the Lovejoy Leopards were listless. And then they came alive. Aledo suddenly stumbled, constantly, on offense. Lovejoy took a 31-21 halftime lead, and traded touchdowns in the third to lead 38-28. But then, Aledo’s offense started to find a rhythm and Lovejoy didn’t have the defense to stop it. But, their offense had made it interesting. In the end, Aledo was Aledo, and won, 52-48.

During the game, there was Chik-Fil-A for lunch, and a taco plate boxed lunch for dinner. The tacos were decent. But, the rice and beans/cheese were cool and not great. So, it was a quick stop at Whataburger after the game.

Next morning? Whataburger. Even with the prospect of free food at the stadium, I got a double/double for breakfast with sweet tea. This time making sure not to leave my cup on the roof of the car before entering the stadium.

Back at it again. Globe Life Park is starting to feel like home. Games #82 to #84. Will be my 10th game here, 9th for high school football. And, my 101st, 102nd and 103rd games in Arlington, Texas, all-time. #roadtrippin @PaFootballNews pic.twitter.com/xm4fJgM76Y

Luckily, the media entrance is pretty lenient and had no issues with the drink coming through. Again, we paired off and I headed straight to the field.

Today were the big dogs. The 6AD1 games would bookend a 6AD2 game. The other northern 6A game would be between Denton Guyer and Prosper up at McKinney.

Southlake Carroll featured Ohio State commit, Collin Ewars, was the star attraction. And he sliced up the Trinity defense most of the game. A team that stymied Allen the week prior, had no real answer. In fact, for much of the game, his only incomplete pass was a tip-toe catch on the sideline ruled out-of-bounds. Southlake Carroll would take the lead, and hold on through the game. Winning, 59-35.

After a Jason’s Deli sandwich for lunch, it was on for Game #2 of the day. The winner taking on the Guyer-Prosper winner. The game which would finish around halftime of this one.

Of the three games, this one was probably the one with the least ‘wow factor’. The two 6AD1 games had the drawing power. Duncanville, two time defending state runner-up, DeSoto, Trinity, and Southlake Carroll were all purebreds of the top level of Texas High School football. Cedar Hill, though, was no slouch. And despite the lack of name recognition, Rockwall-Heath was not a pushover.

And this game turned into what might be the best of the weekend.

7-7 after 1, 14-14 at the half. 21-14 after 3, but a late score and PAT made it 21-21. And sending the game to overtime. Meanwhile, the Guyer-Prosper game had gone to triple overtime. And this game seemed like it might be the same. But, in overtime, Rockwall-Heath would settle for a field goal. And Cedar Hill would quickly go for the win, on a TD pass to my corner of the endzone. And win it, on a walk-off reception, 27-24.

This game had the star power, but it was clearly Duncanville’s game to lose. And though they’d make it interesting with some miscues and lost opportunities, it was all their game in the first half, leading 28-7.

Back up to the booth, I took the second half of the Duncanville game off. Six straight days on the ground running back and forth can be a bit much. With another photographer, it wasn’t like there was a constant need to be on the field. Though, I was more ‘game photos’ and the other was more ‘photos of the happenings in the stadium’ and less game action.

There was a lot of scoring in the second half. And I did head back to the field for the last part of the fourth quarter. Though DeSoto did some things right, they had a fluke TD pass reception go against them, a bounce on a QB sack fumble that went right back to Duncanville, among other plays. Duncanville would return to the state semifinals, with a 56-28 victory.

After the game, we stopped at Whataburger one last time. In the morning, I headed out. Stopping at a small barbeque place to watch the Browns-Steelers game. And see them, even against a bunch of backups, secure their first playoff spot in far too long. 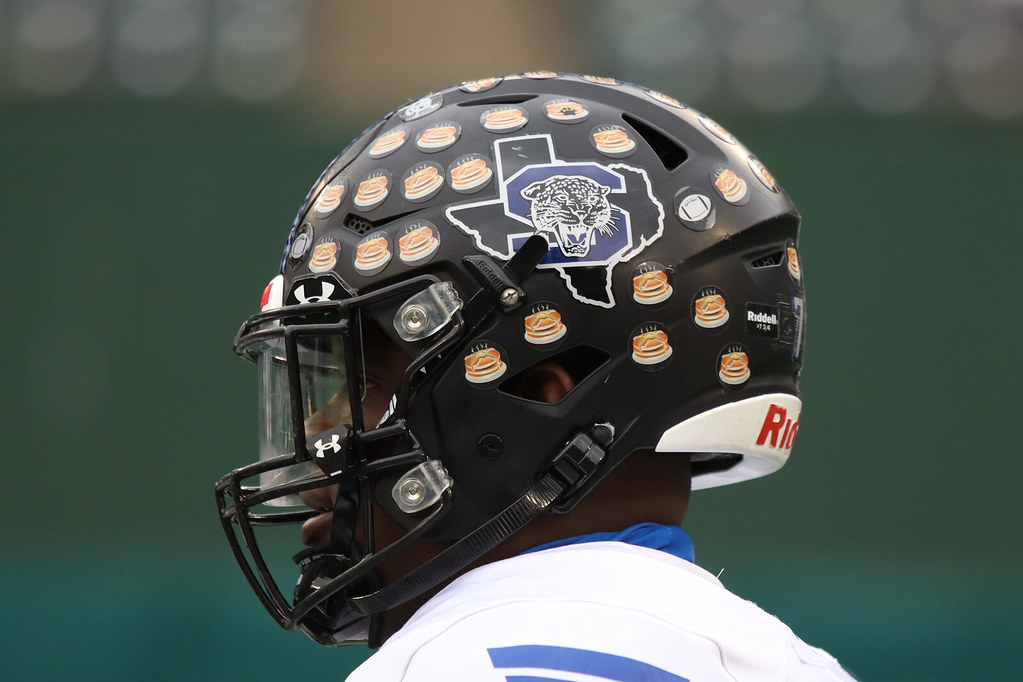 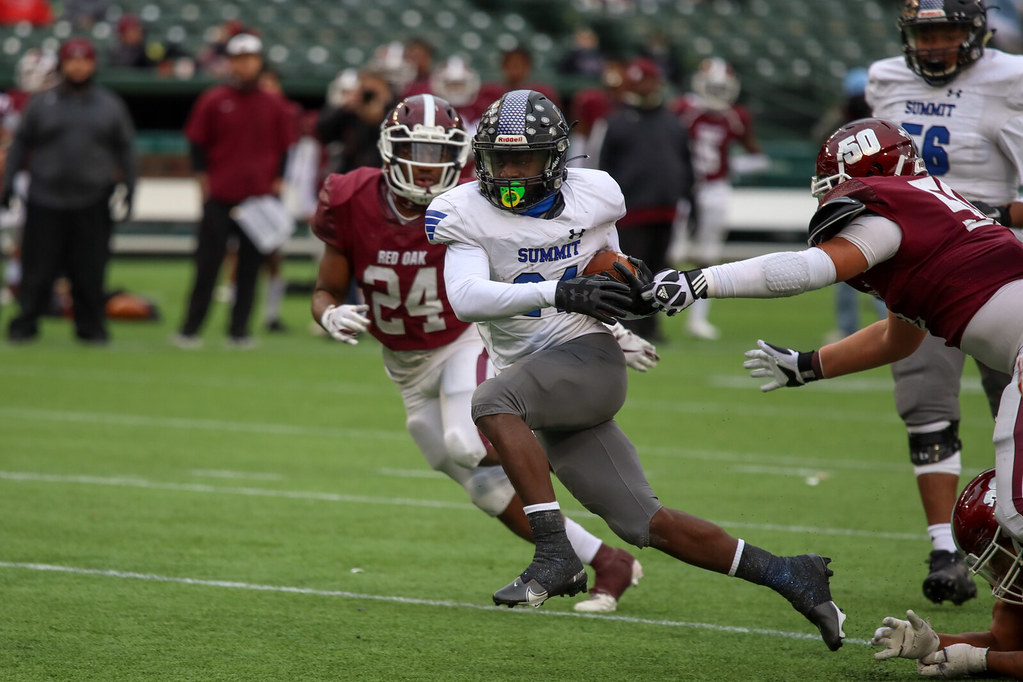 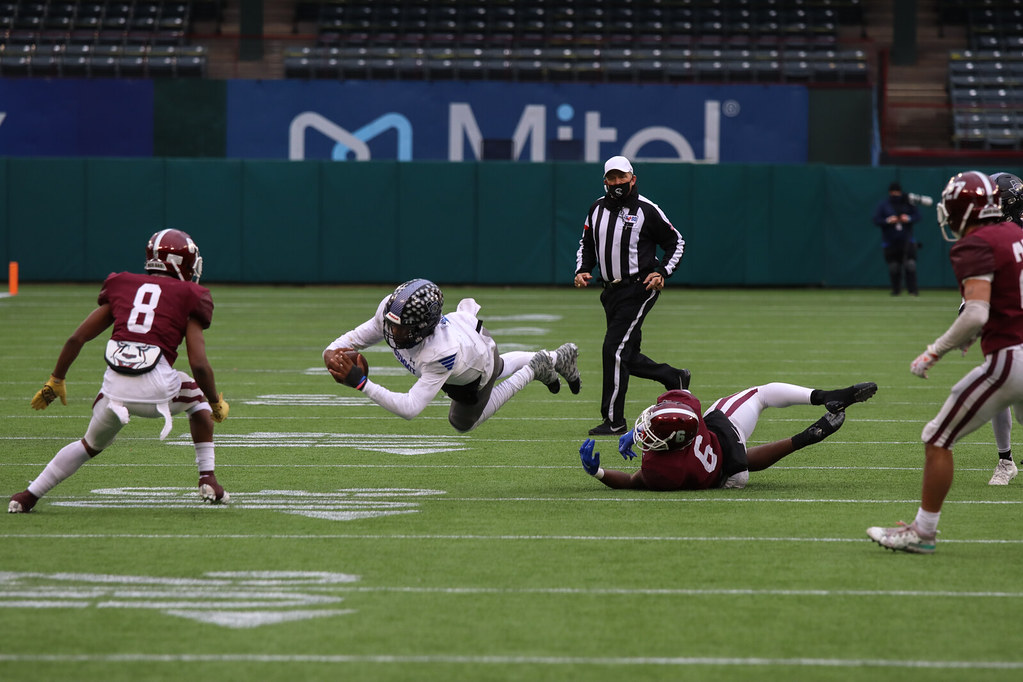 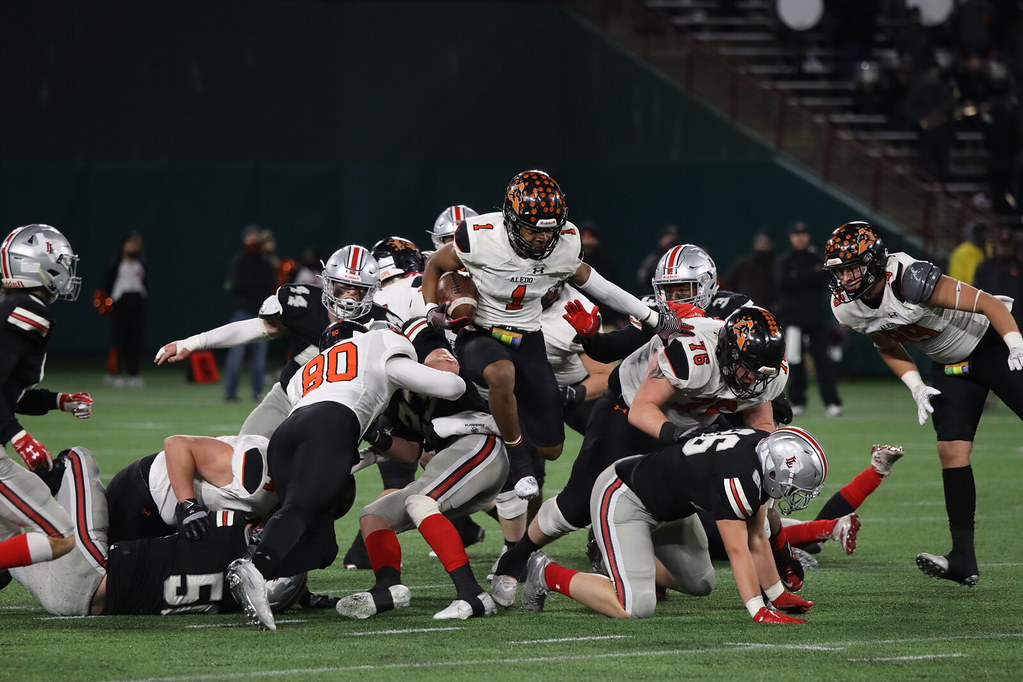 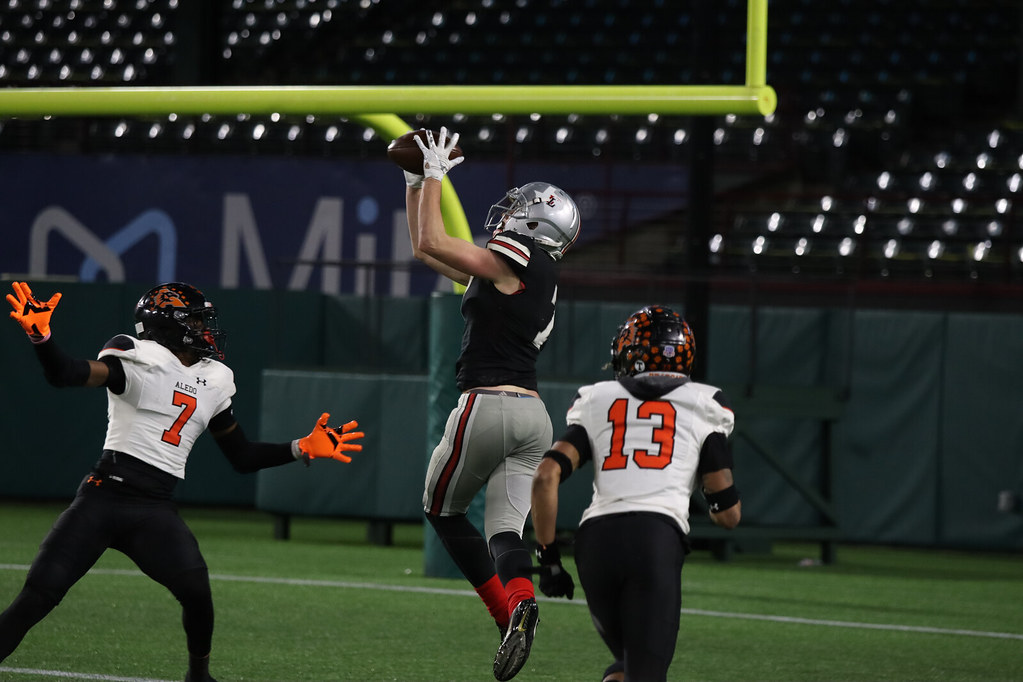 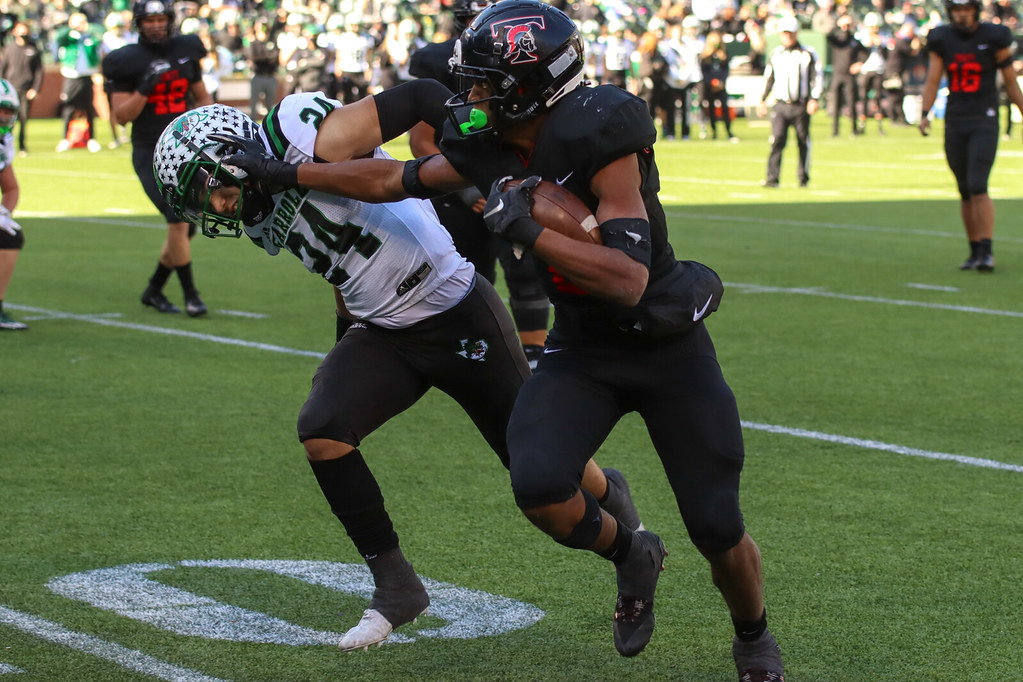 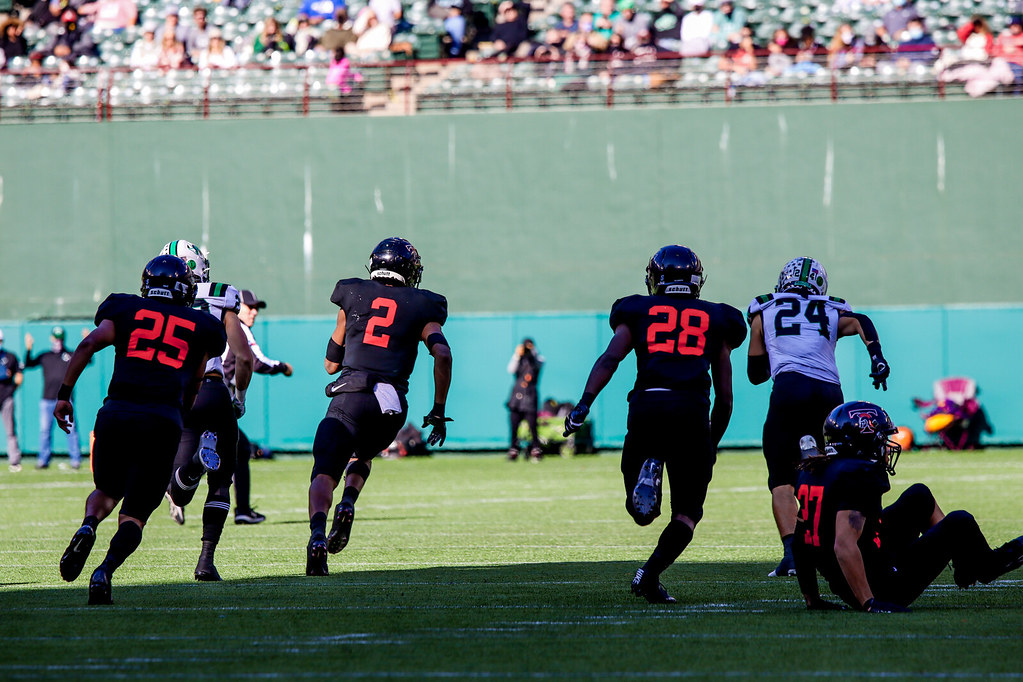 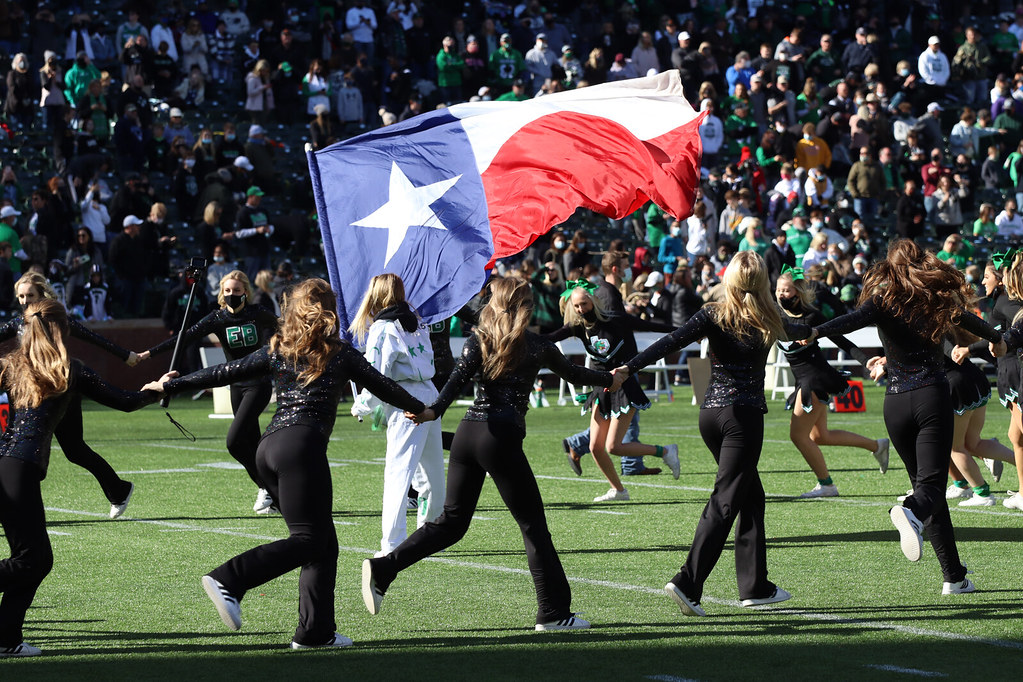 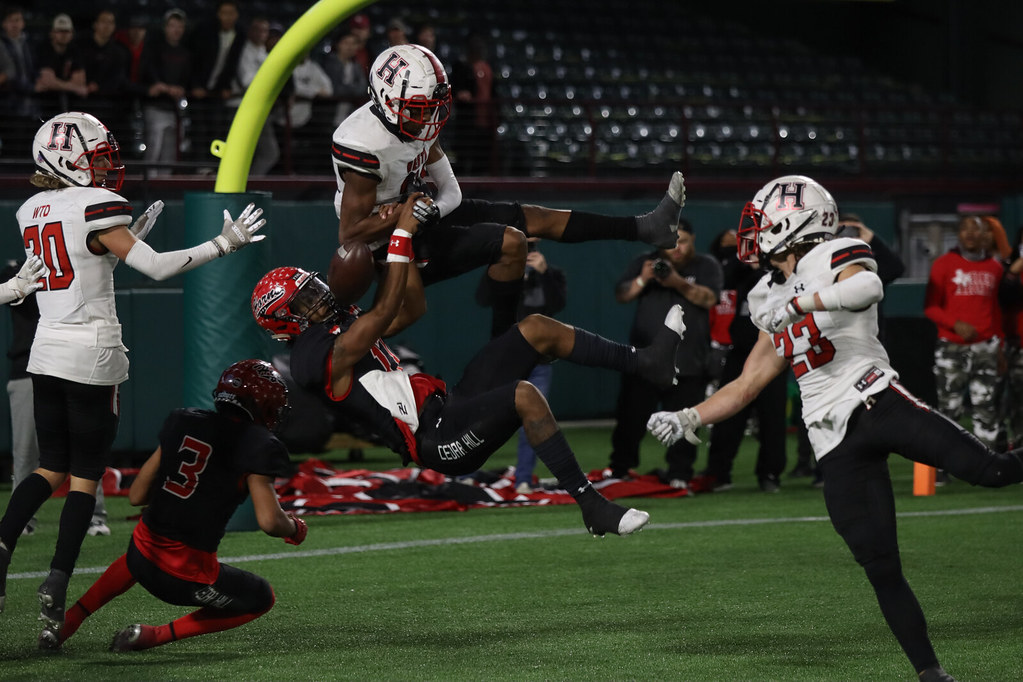 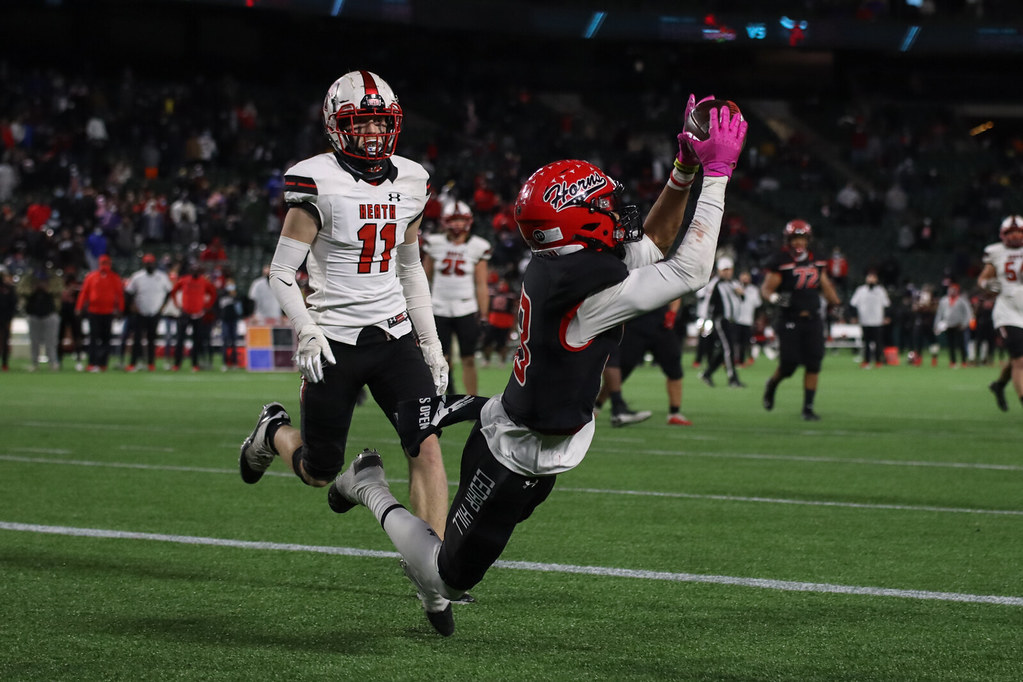 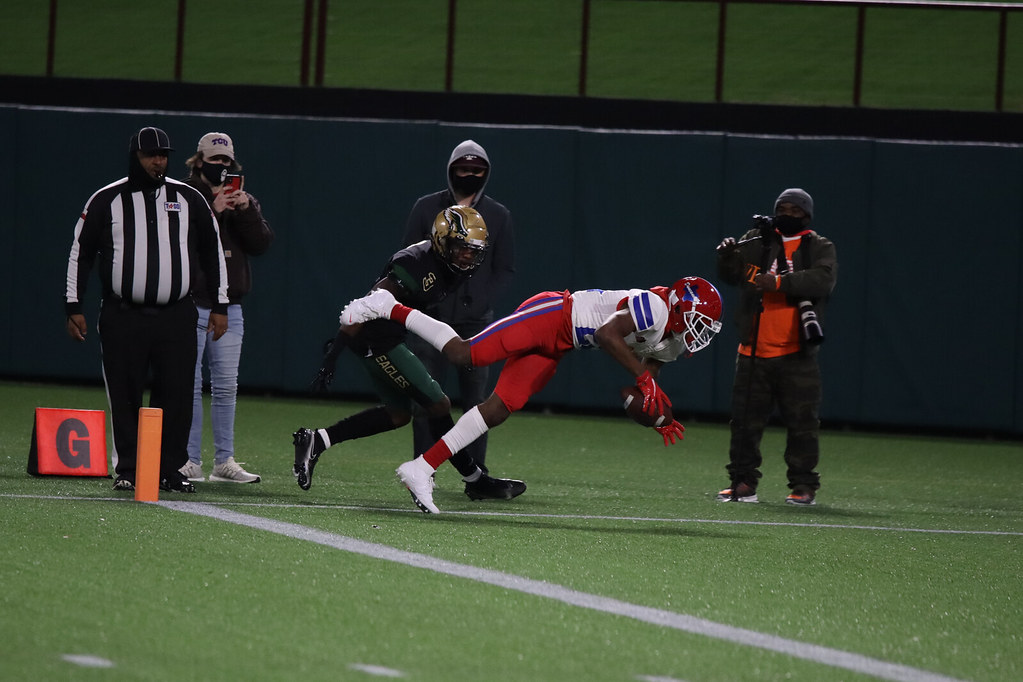 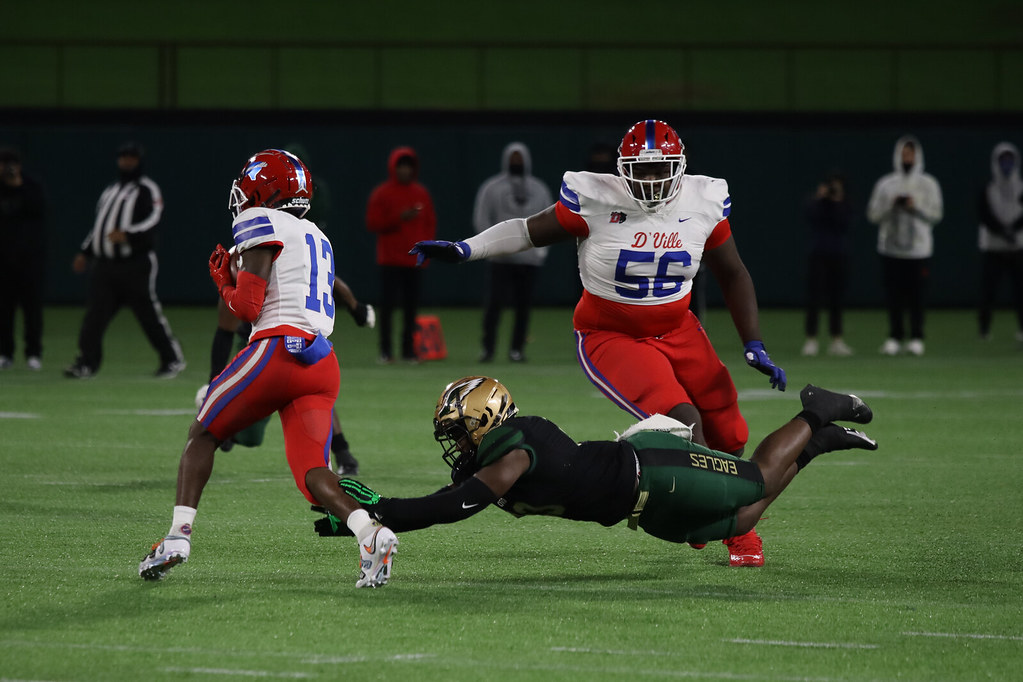 Just one game. On a Tuesday. My first Tuesday game of the season. And gives me a game of every day of the week for the 2020 season. Thursday, Friday, and Saturday are obvious. Sunday was WRA-Kiski School. Monday was Clinton-Massie v. Batavia. Wednesday was in Texas (two state titles).

The delayed 1AD2 six-man title, originally scheduled for that Wednesday, between Balmorhea and Richland Springs is being played in San Angelo, Texas’s San Angelo Stadium.