I have spent a lot of time in Texas. And honestly, it couldn’t keep up. Especially if I wanted to see the four state finals in Week 22. So, after seeing the six games in Week 20, my only real option was the six-man game in San Angelo on Tuesday.

After leaving Globe Life Park, I watched the Browns-Steelers game streaming on Sunday, and then headed to the small town of Center Point, Texas. A small dot just southeast of Kerrville. Tivy High School, located on the east side, is the alma mater of Browns draft pick, Johnny Manziel. I did go and check out the stadium while there.

Anyways, Tuesday afternoon, was a quick two and a half hour drive to San Angelo. A route I’ve taken before. US83 from Junction to Menard to Eden and then US87 northwest through Wall and into San Angelo. The stadium was located on the south-central part of the city. A hardscrabble area of this thriving city. The stadium complex sits on a major thoroughfare.

Tonight I'm in San Angelo, Texas for a delayed, but not forgotten Class 1AD2 state title between the Balmorhea Bears and the Richland Springs Coyotes. Kickoff is at 6pm CT. Follow along for some six-man football fun. #85 @TXHSFB #txhsfb @txredzonereport @PaFootballNews pic.twitter.com/3KrWNATKsP

The game started with a defensive struggle. Richland Springs was stymied on offense. Barely able to move the ball and forced to punt twice. Nearly unheard of in six-man. Especially at this level. Teams will generally go for it unless it’s a ridiculous distance. It was 8-8 after 1.

For those uninitiated to six-man, the rules are a bit different. You only get one point on a PAT via run or pass. But, two points via kick. So, even at these very small schools, the kicking game is an important facet of their game plan. Where you see many small schools completely neglect it. This is part of the entire reason for the point differences.

The second quarter started with trading touchdowns, but then Balmorhea ran off 28 straight points to take a commanding, though no insurmountable lead into the break, 44-16.

The third quarter saw Balmorhea flirt with the 45. Coming as close as 10 points, before Richland Springs answered back. By the end of the third quarter, it seemed clear that we weren’t going to see an early finish. A hallmark of the Texas six-man game being the 45-rule. Any game with a 45-point margin after halftime is ended. But, even with a 60-30 lead, it was clear that Richland Springs was not going to be 45’d.

After trading scores, and Balmorhea with one more long touchdown for their running back, who had an unofficial 311 yards on the ground. A 55 yard run with 5:11 left in the fourth. In six-man, they only play 10 minute quarters. And it was scoreless the rest of the way. Though Richland Springs threatened. Balmorhea 74, Richland Springs 38

After the game, I made a quick effort to get as much of the photos finished as possible. So, Texas Redzone Report could get through them what they wanted to have.

It was a fun night in San Angelo. My first time at the famed San Angelo Stadium. I couldn’t imagine the scene when Allen played here against San Angelo Central. The Angry Orange versus Goliath. An overflow crowd at the stadium would have been something remarkable.

For me, though, it was cool to see the small far West Texas town get their first ever state championship. 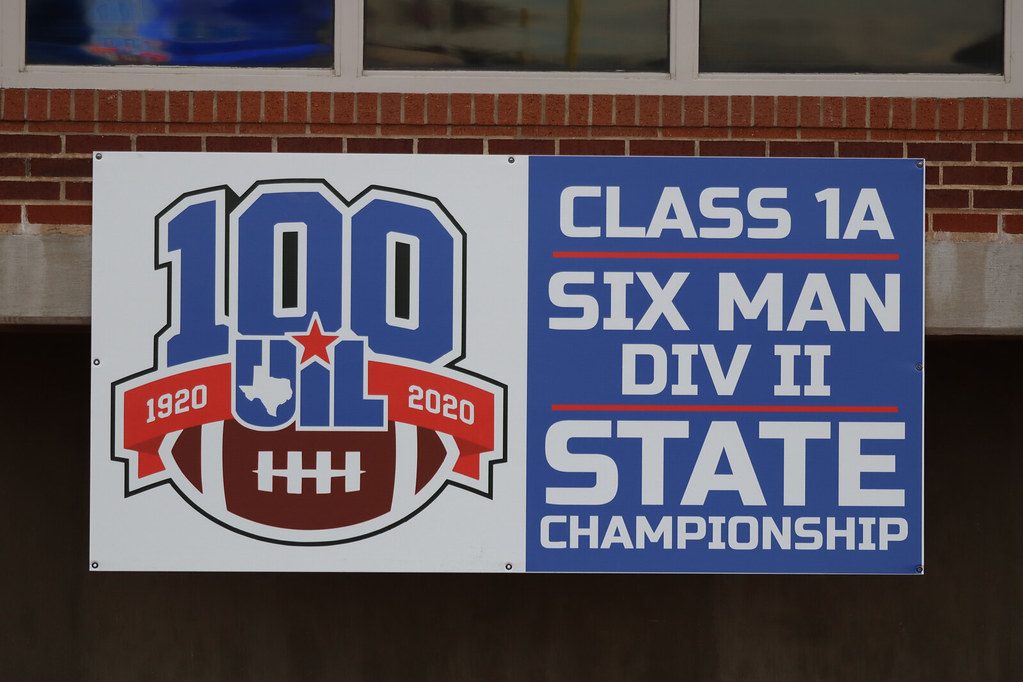 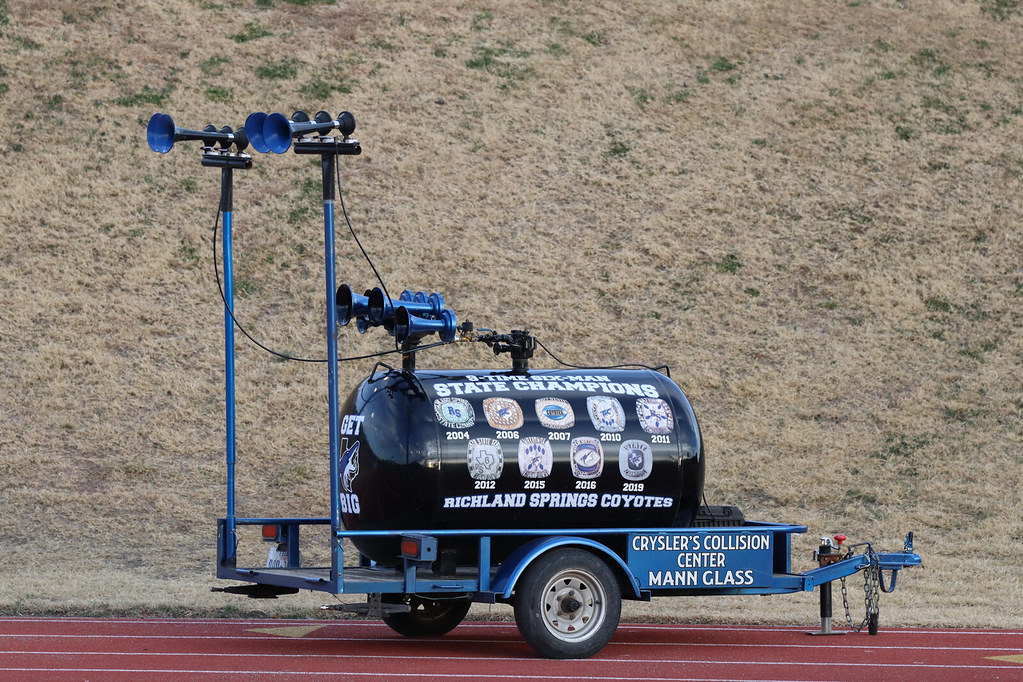 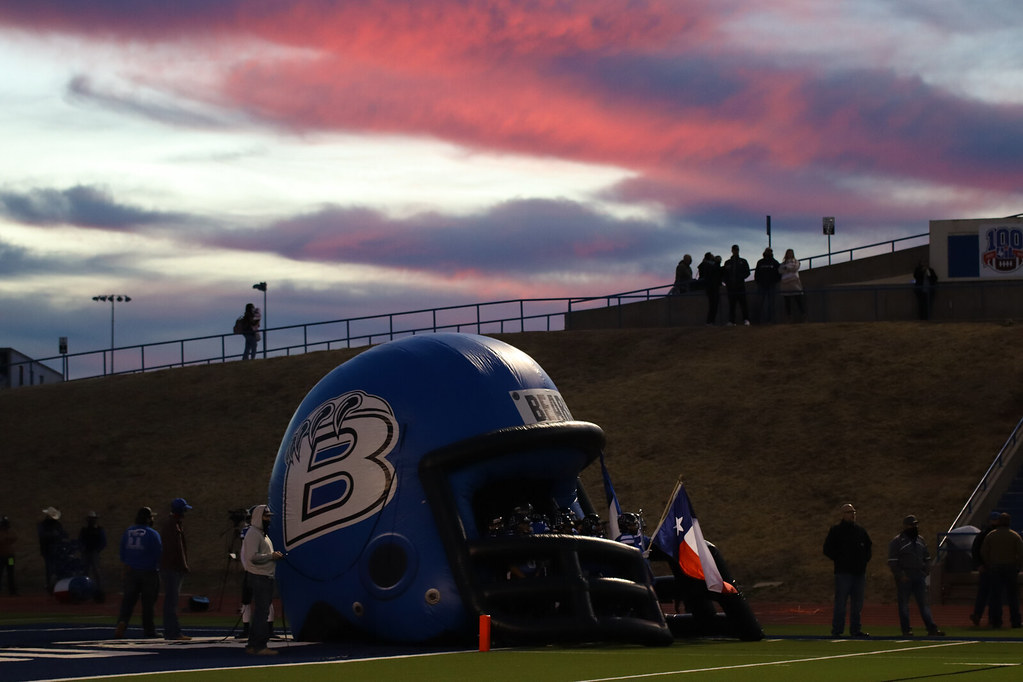 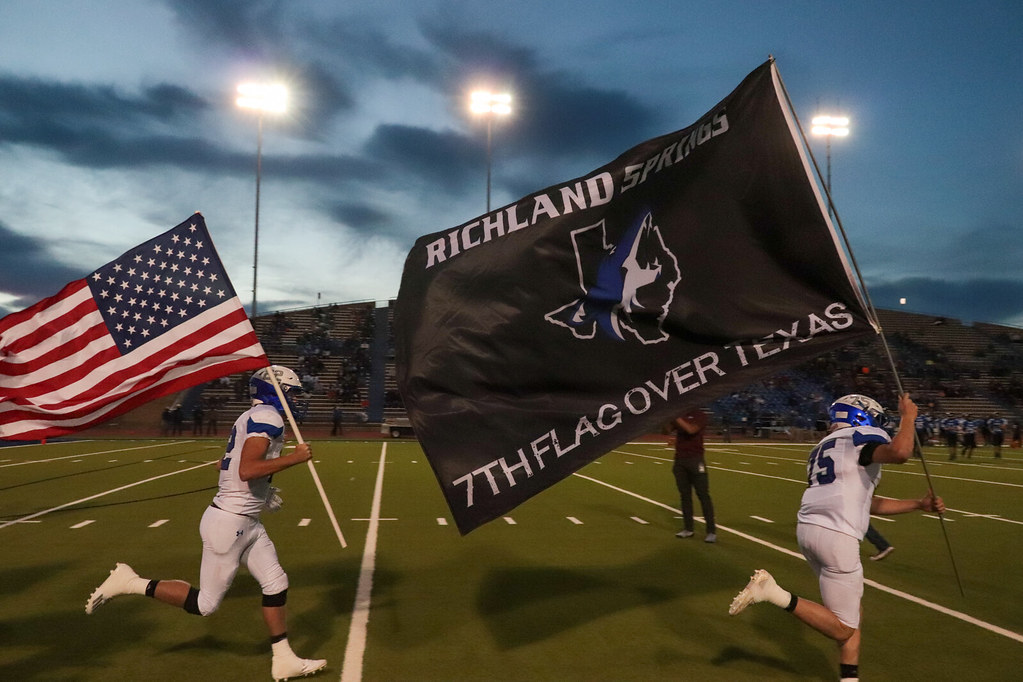 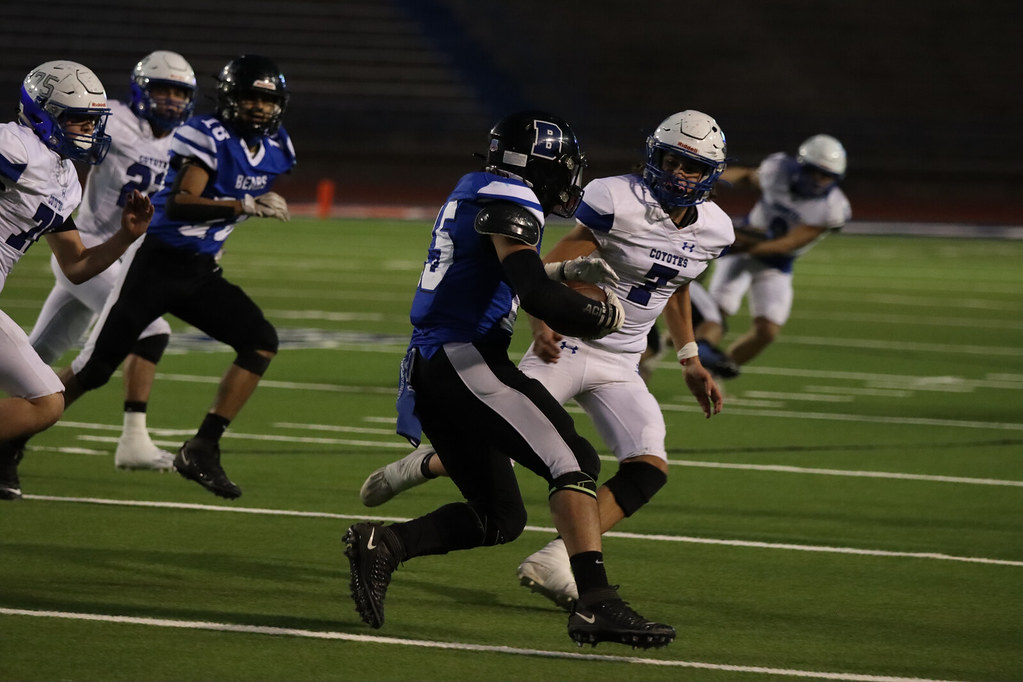 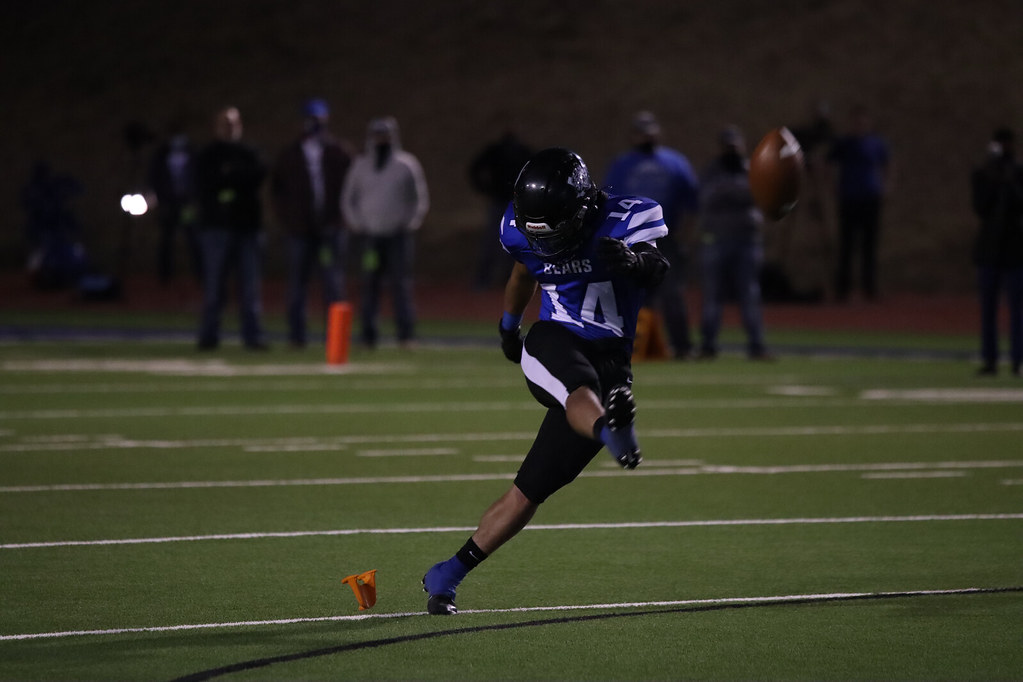 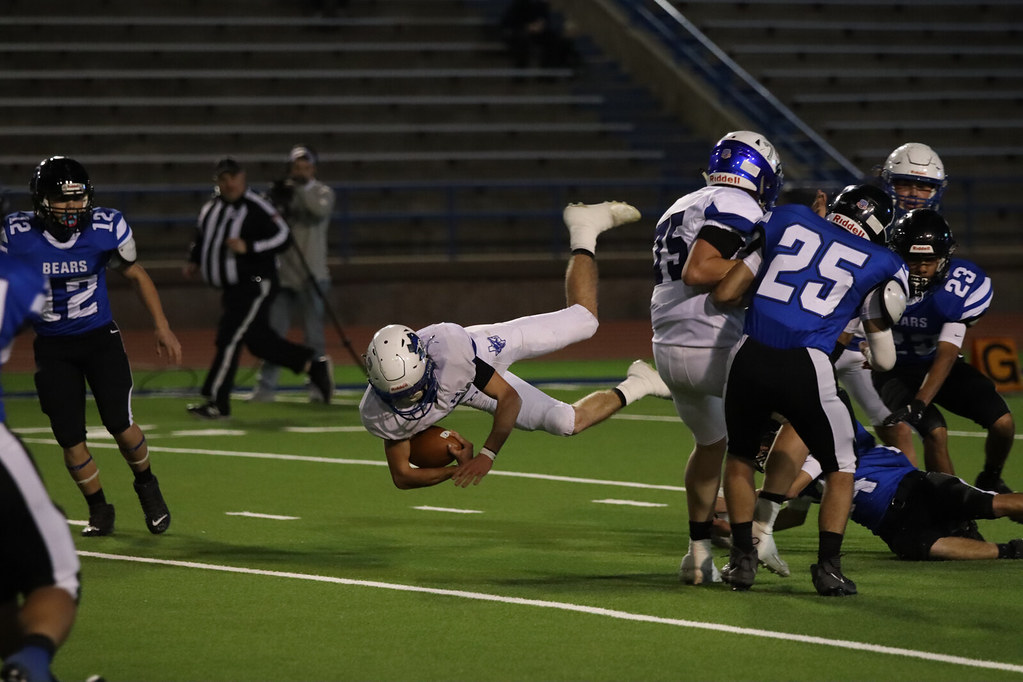 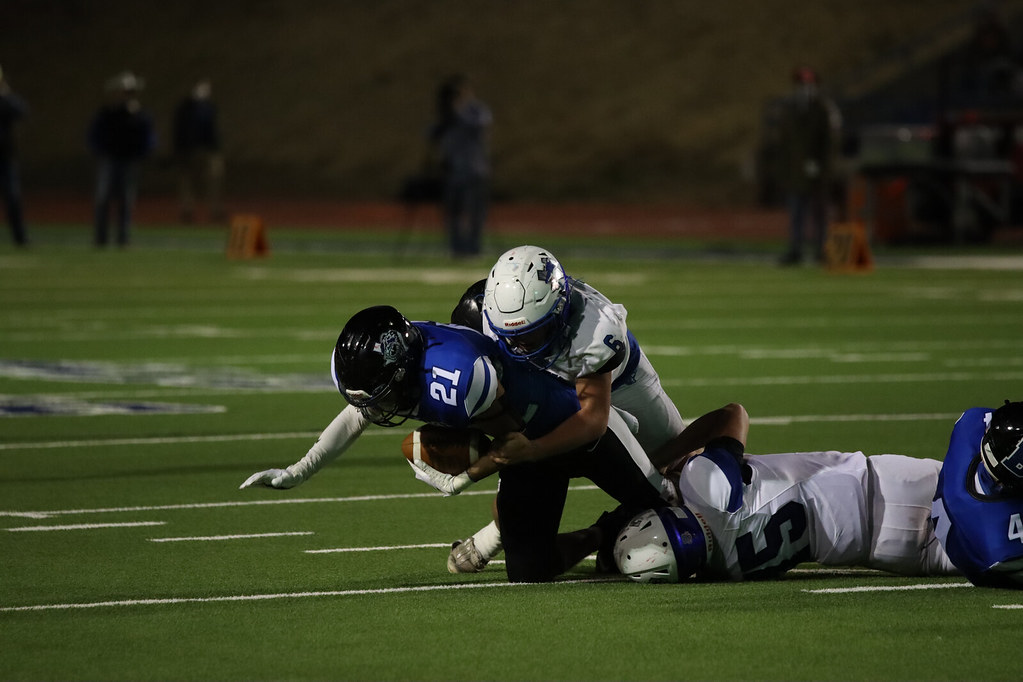 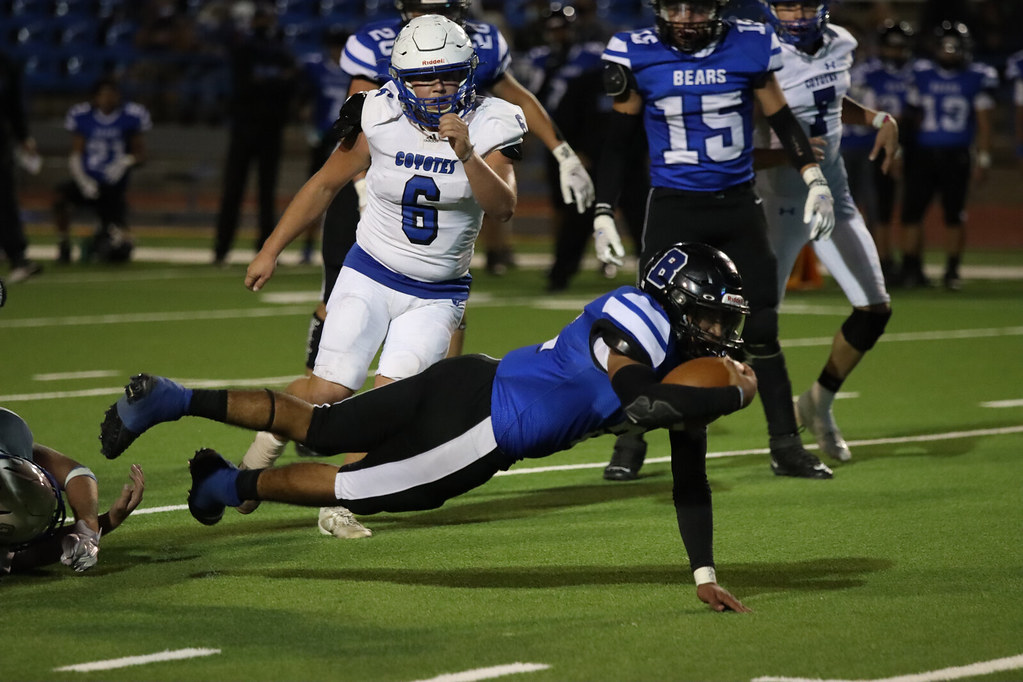 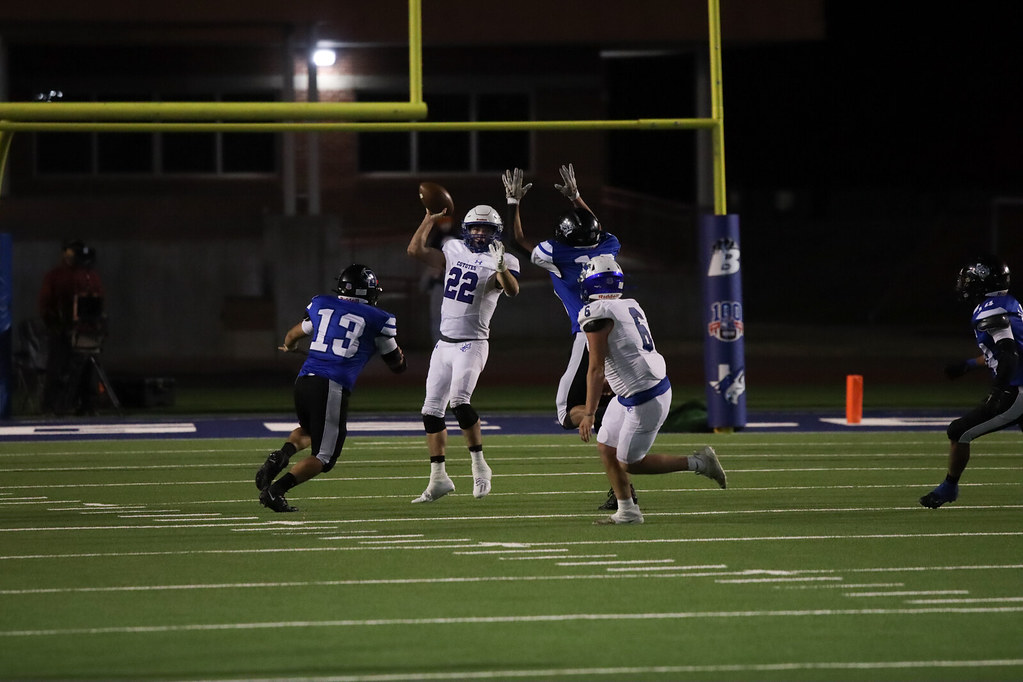 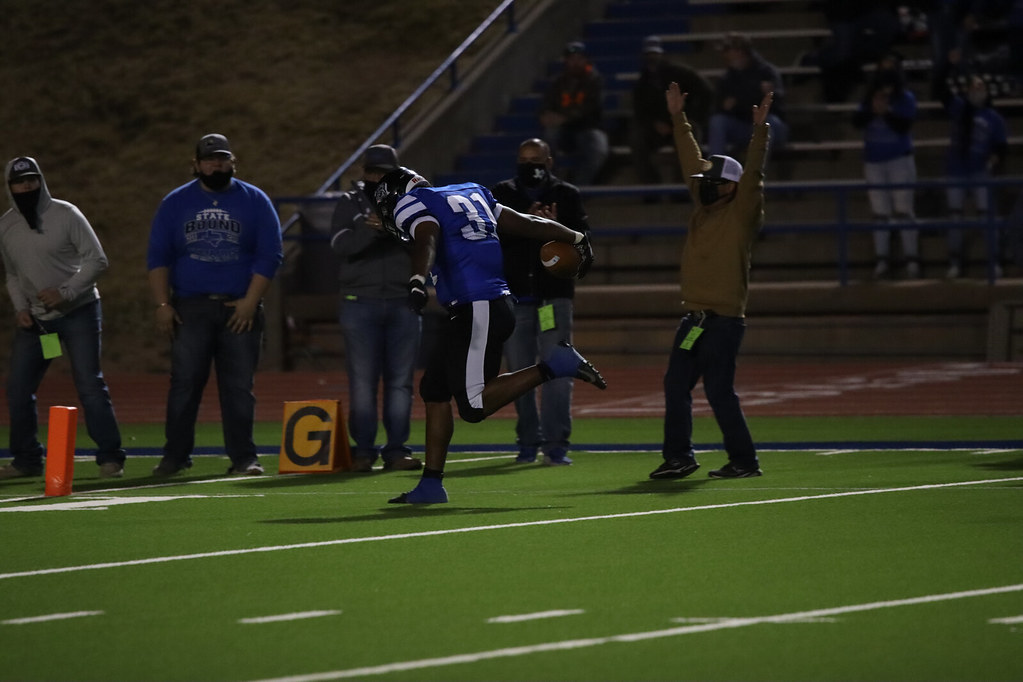 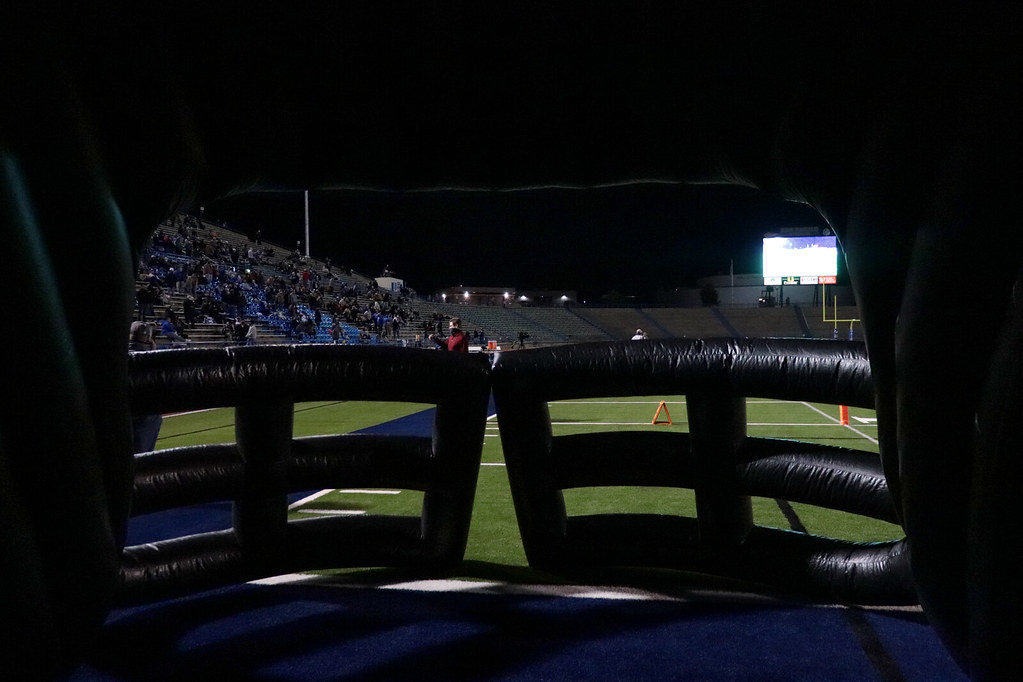 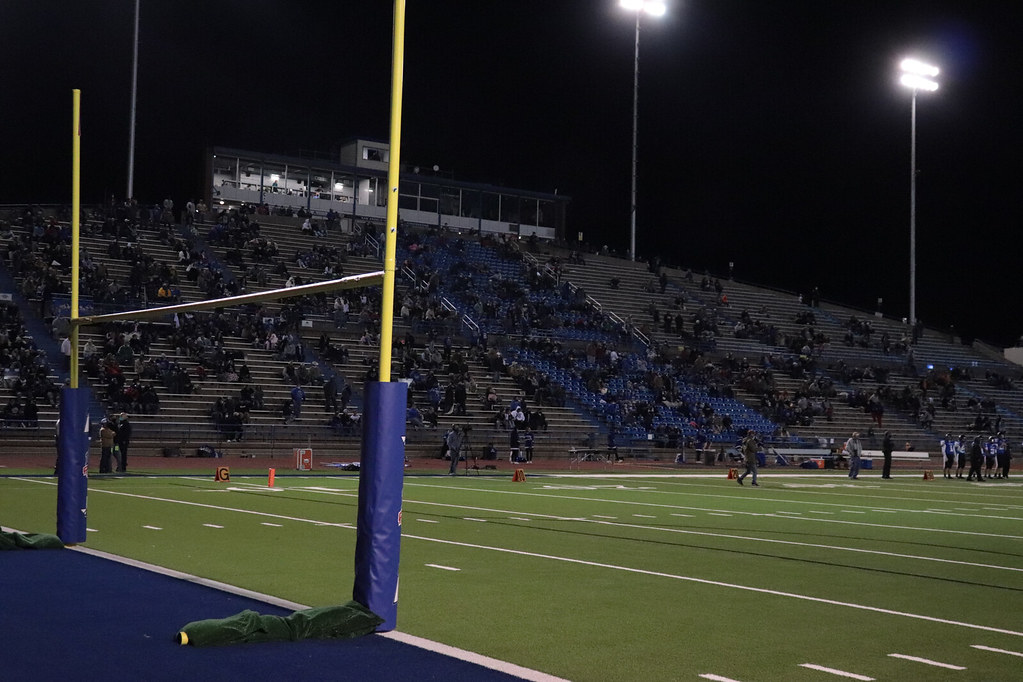 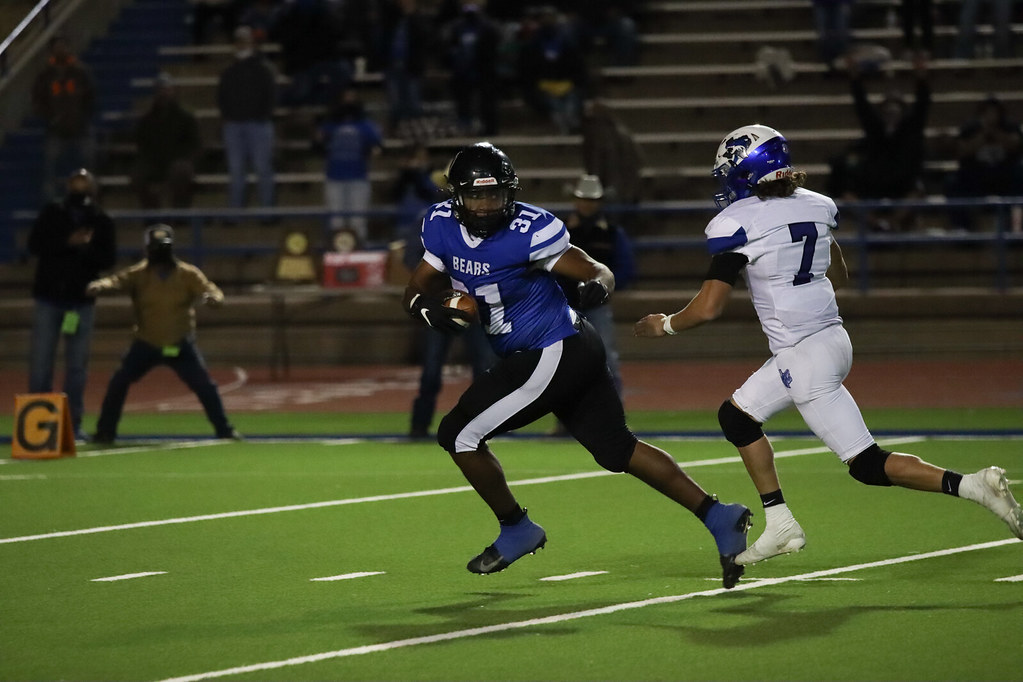 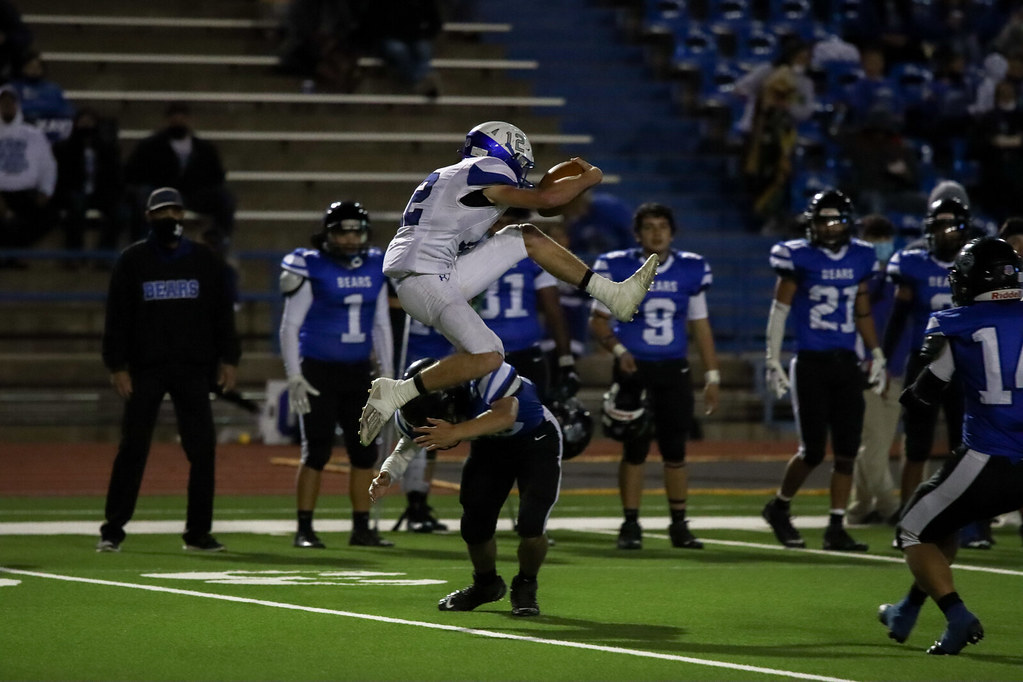 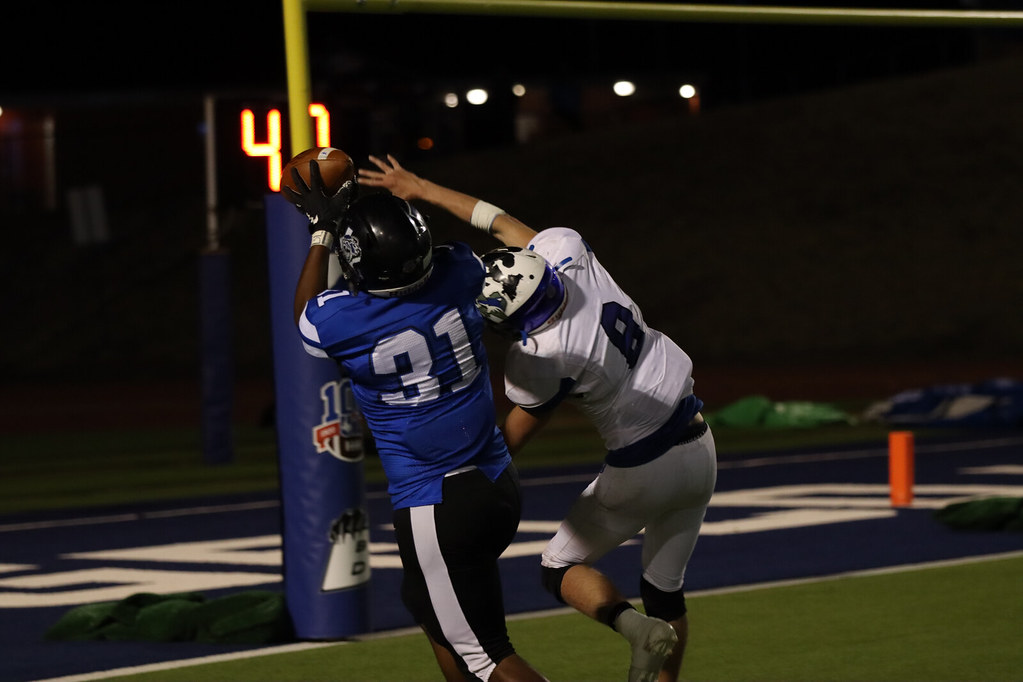 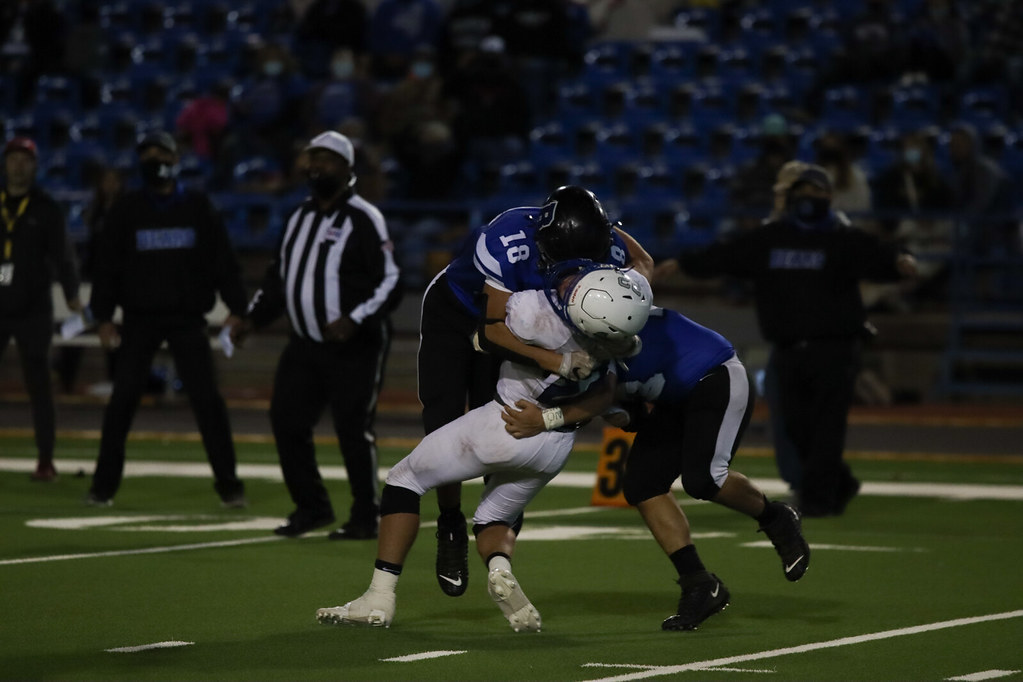 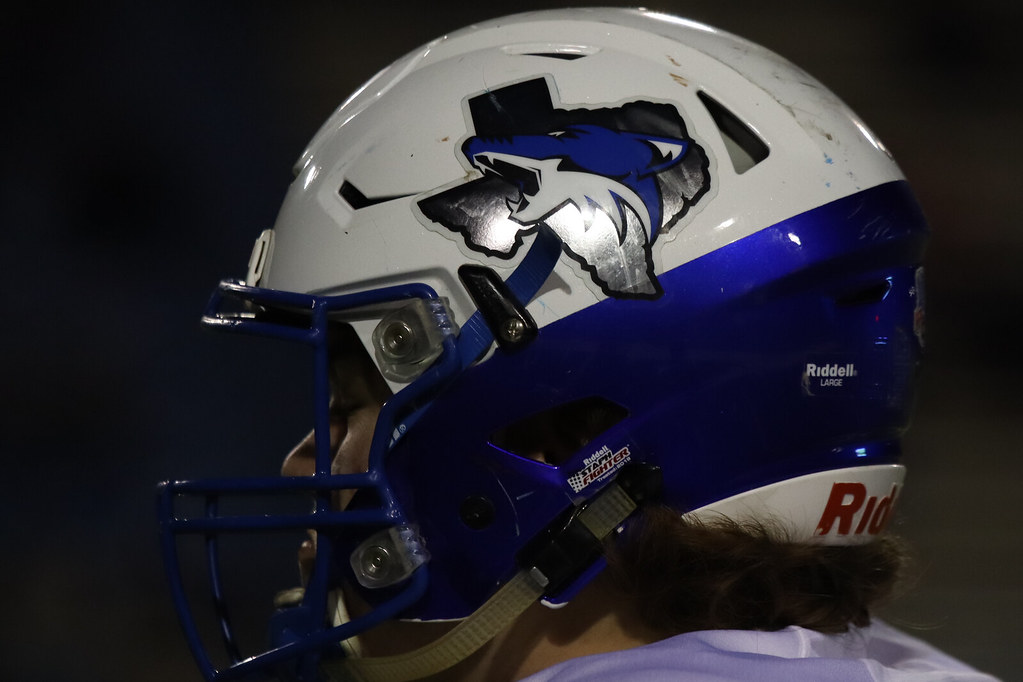 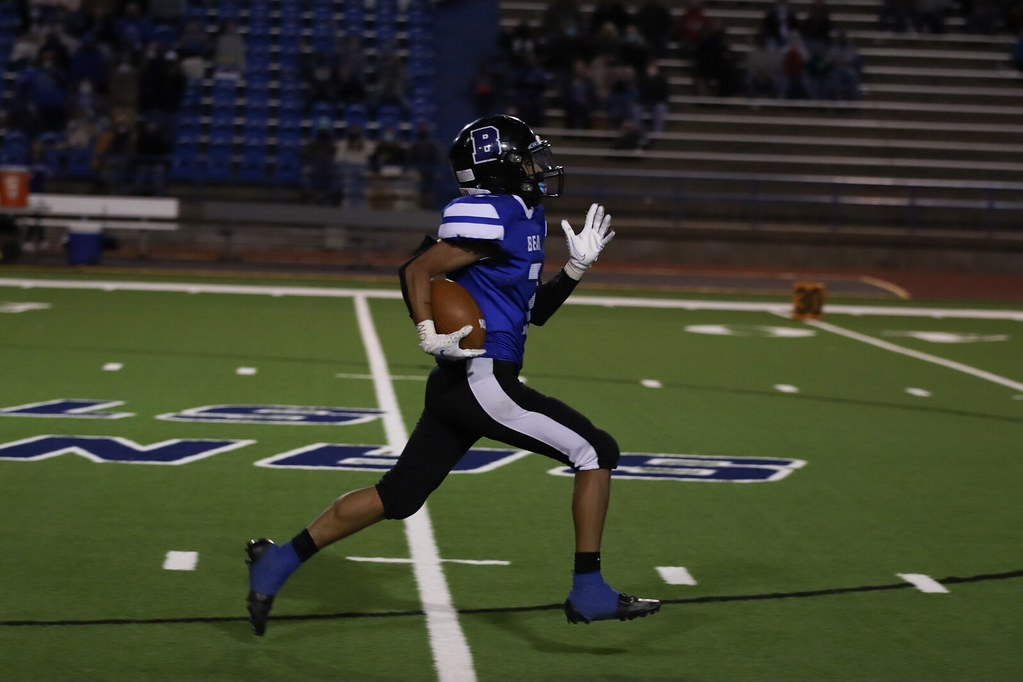 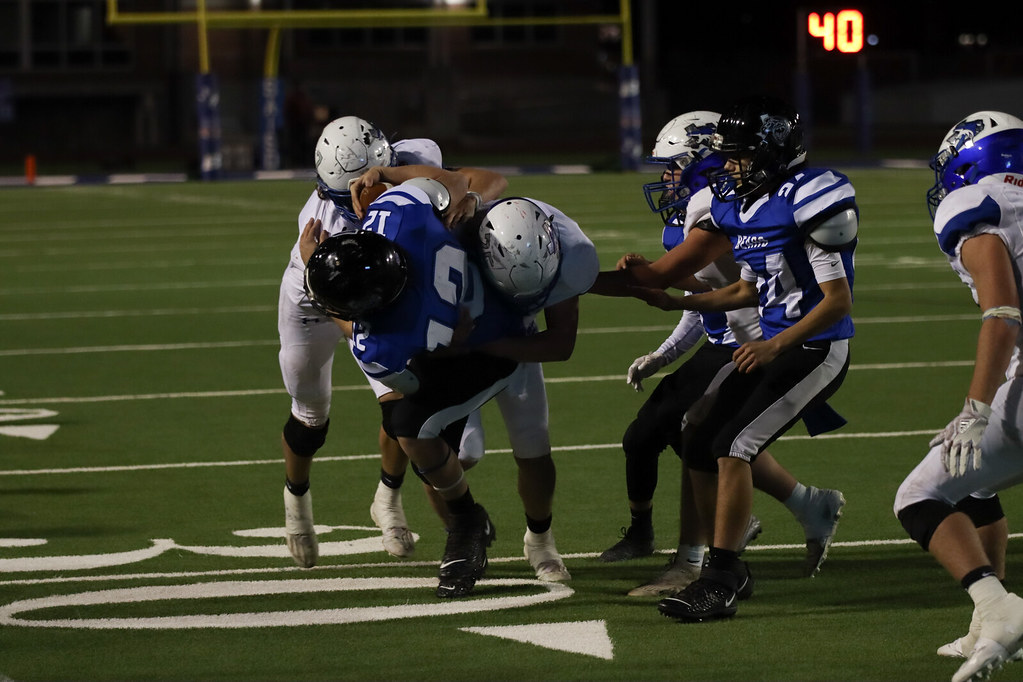 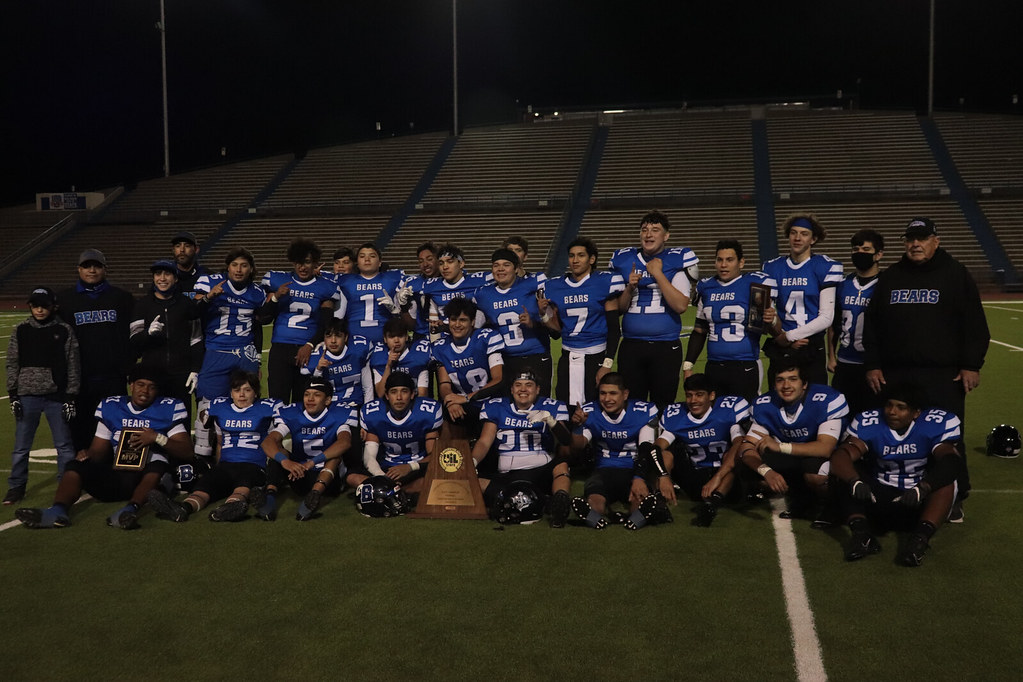 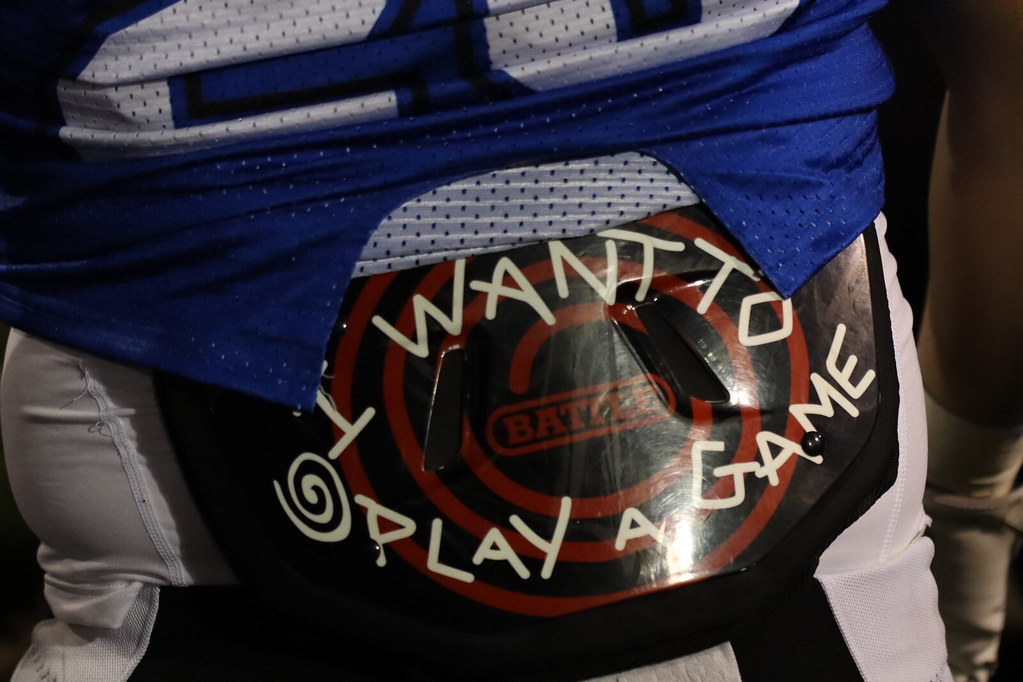 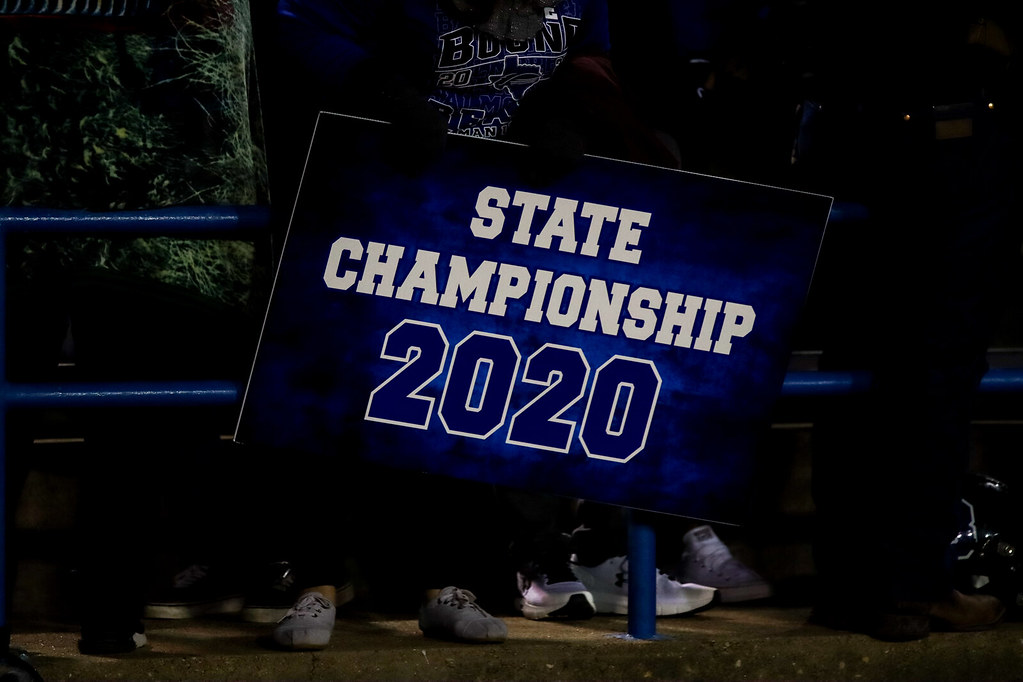 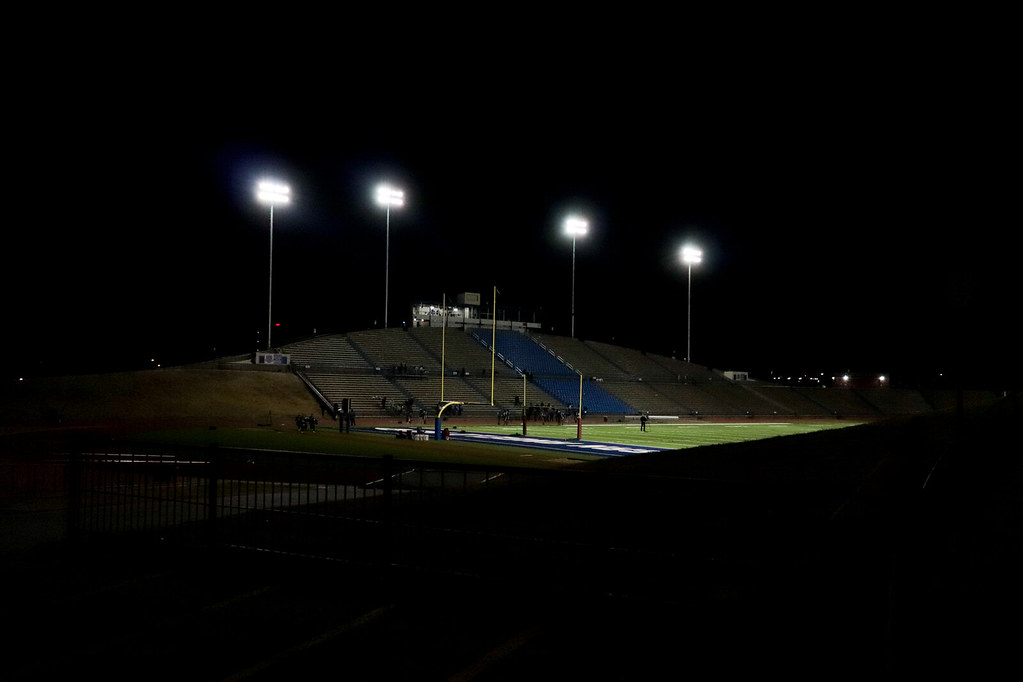 Having missed the rest of the state semifinals, my remaining games for the ‘fall portion’ of the 2020 season is the four state finals in Texas.

Of the four games, only one team would be new. That would be the Crosby Cougars, who face off against the Aledo Bearcats. Denton Guyer lost to Cedar Hill, which will play Katy for the 4th time in the state finals. A result of Katy’s blowout victory of Buda Hays. Southlake Carroll features Ohio State’s 5-star QB commit. Both Duncanville and North Shore were upset in the semifinals, which ended the chance of three straight games between the two in 6AD1.

In additional to repeat teams, Aledo, Denton Ryan, Cedar Hill and Southlake Carroll will all be repeats of the 2020 season, as well.