A very long 2020 season wound to a close. At least for me. And where most of my seasons end. It was at AT&T Stadium in Arlington, Texas. The final four remaining games of the UIL championship slate were scheduled for Week 22 of the high school football season. There were, however, still two more days of Football in Week 23, however those games were in Michigan and without any real ability to get in to see any of them.

So, I stayed in Texas. For the three straight weeks of football. Though I did miss out on the state semifinals. I was busy elsewhere. I had seen the 1AD2 Championship Game on Tuesday of Week 21 in San Angelo. My first ever game there.

on Thursday, I got into DFW and got a hotel room at the Baymont. Hilarity ensued as my room was flooded. And I was moved to a different room. Luckily, I got out with most everything unscathed. My socks and shoes were another issue.

I met up with my friends, @TXHSFB and @AntmanFootball and on Thursday night had a pre-weekend dinner at Texas Roadhouse of all places. Though not my first time at a Texas Roadhouse in Texas. When the Big Texan in Amarillo was briefly closed, I did order carryout from the one in Amarillo. Though, this was my first time dining in. Only because Saltgrass had a ridiculously long wait time. That also coincided with a trip to Walmart. The one across the street from AT&T Stadium.

The next morning, it was time for football.

Alright. The penultimate day of the 2020 Fall High School Football Season (kinda). First up is the 5AD2 Championship between Aledo and Crosby. #86 @PaFootballNews #BeyondTheKeystone pic.twitter.com/aoe6HT4Oga

Aledo was going for their 10st state title. Which would clearly set them aside with the record above Richland Springs. Crosby was going for their first time. It was the 8th time I’ve seen Aledo play. Including earlier, just down the street, at Globe Life Park against Lucas Lovejoy. This was my first time seeing Crosby.

And unlike the first seven games at AT&T Stadium, these games started out with a thud. Crosby did everything in their power to keep it close. Going 14-14 after 1. But the marathon was not for them. They could not keep up with the Bearcats. Who went on to win easily, 56-21.

With the games being scheduled two-a-day, the stadium would clear out and require a second ticket to get into the night game. The tickets were $12 with the advance codes. Originally, the earlier games were scheduled for 12pm, but were eventually bumped back to 1pm. Which still gave considerable time between games to find something to do.

So, we left to get Whataburger and then hang out in the hotel for a bit. Started processing some of my photos from the first game. Before heading back to the stadium.

And like previous games, this one was turning into a dud, quickly. Ryan jumped out to a quick 10-0 first quarter lead, and then led 31-8 at the half. Cedar Park struggled, and Ryan finally won their third title after coming up short last year. 59-14 over Cedar Park.

The next morning, it was back for the last day of football. With a planned stop somewhere between games, I didn’t get breakfast.

Katy were in their 15th title game. Having won 8 titles previously . Most recently in 2015. Cedar Hill were going for their 4th title. The 2013, 2014, and 2015 titles were between Cedar Hill and Katy. Katy had won the first, while Cedar Hill would win the next two. And this was Katy’s chance to level that. I have, of course, seen both of these teams previously. I saw Cedar Hill as recently as their victory over Rockwall-Heath in the Regional Final. And Katy in every recent state title matchup of theirs.

Cedar Hill would keep Katy contained at the start. But, the Tigers offense just exerted themselves against the beleaguered Longhorn defense.

Katy would run away with this one. And it was not nearly as close as the final score indicated. Katy would win, 51-14.

After the game, it was a look around for a between game meal. I had wanted to stop at VB Steakhouse. A brazillian steakhouse not far from the stadium. Located in the same parking lot of the Over The Border we had eaten at previously a few times. But, their hours weren’t open until 5. With the night game starting at 7pm. And wanted to be back to the stadium by 6-615pm.

So, we were going to one place, that turned out to be closed. And then saw that Pappadeaux’s was a 45 minute wait for a table. So, nearing 5pm, I decided to call VB, and found that they were open earlier. And we could get a table. So, off we went.

Now, my only experience with a brazillian steakhouse is at Texas de Brazil. And though VB doesn’t have lamb chops (they do have leg of lamb), one thing they had that was magnificent was ribeye. Their Top Sirloin was great as well. And they did have smoked salmon on their salad bar.

So, we ate fast to be back to the stadium by 6ish. Luckily, with assigned seats there isn’t a huge rush to get to a game early for the good seats. Your seats were already designated. Which a lot of people failed to heed. They’d meander down to the ‘good seats’ that weren’t occupied and break the zip-ties holding the seats closed. But routinely would get called out on it and then be confronted with an usher to move out of those seats.

Now, these two teams are familiar to me. Westlake beat Guyer, probably my favorite team in Texas, last year in the state final. The final game of the season, as well. Via a shutout when their starting quarterback went down. Southlake Carroll, meanwhile, had one of the hottest QB prospects in the country, committed to Ohio State.

Also, this was a battle between father and son. The coach of Westlake, was the father of the coach of Carroll. Todd Dodge coached Riley when he was quarterback of Southlake Carroll, during their impressive run over a decade ago. But, now coaches at Westlake, and Riley is now the coach at his alma mater, Carroll. And they were coaching against one another in the highest class of the Texas state finals.

At first, it was about as even as you could get. Though you could see Southlake was struggling to score while Westlake made it look easy. Long, methodical drive by Carroll, and a quick strike score for West lake. A 14-14 first quarter tie saw Westlake have a 28-21 halftime lead. Thanks to Carroll’s inability to score a TD on their one possession. Opting for a FG, but being unsuccessful.

With the momentum shifted drastically, Westlake tacked on two more scored and FG to go up 45-21 and seemed to have put it away. But, despite the odds, Southlake Carroll did make it interesting. But, Westlake was able to tack on one more score to put an end to the possibility. Winning, 52-34.

And that concludes the end of the 2020 fall season.

Total cost for the entire weekend was $390.71. Tickets were $48. Hotel was, with my discount, $71.71 for two nights. Parking was free thanks to a media pass (that saved $80). The rest was food. Texas Roadhouse, VB Steakhouse, and Whataburger a few times adds up.

There are some states with spring football. But, it depends on ability and what states will be accessible. And if I can get there.

But, as most seasons end. This felt ‘definite’. Even if there is spring games. New York might be playing. Eastern PA has some teams playing. But, at the earliest, thate would be near the end of February. Virginia has games going on first. But then Maryland, New Mexico, Nevada, Colorado, and others are then starting. So, we shall see. 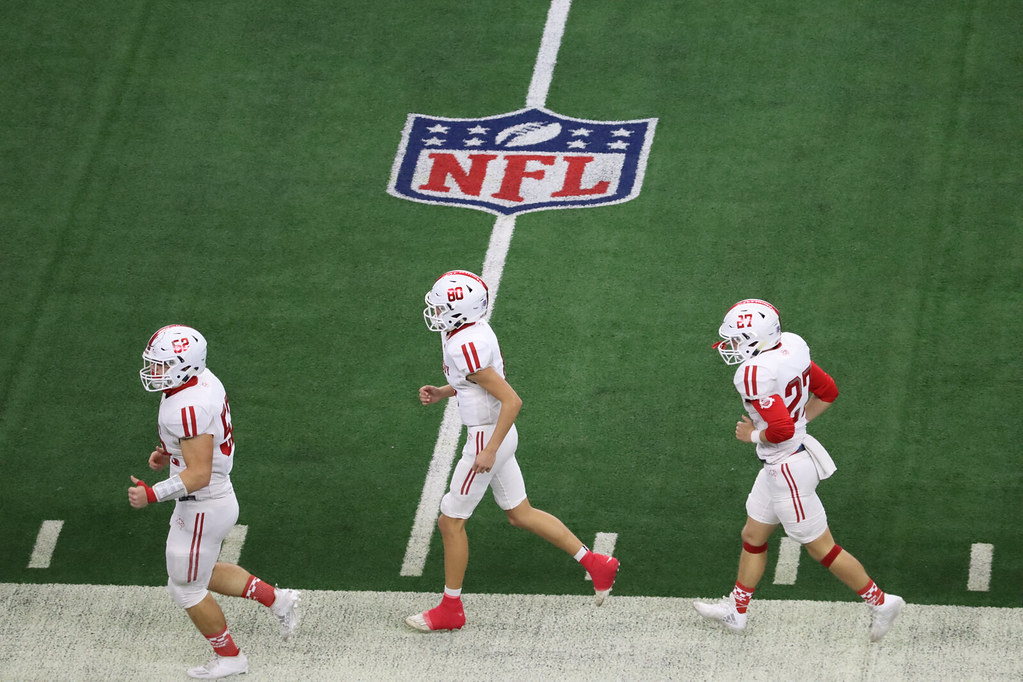 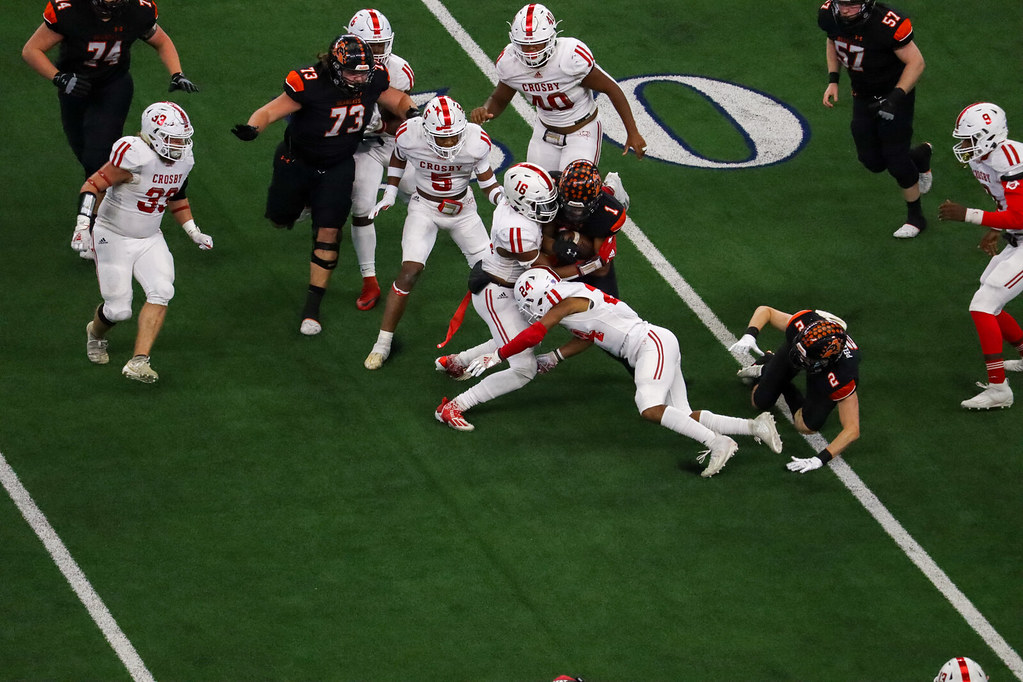 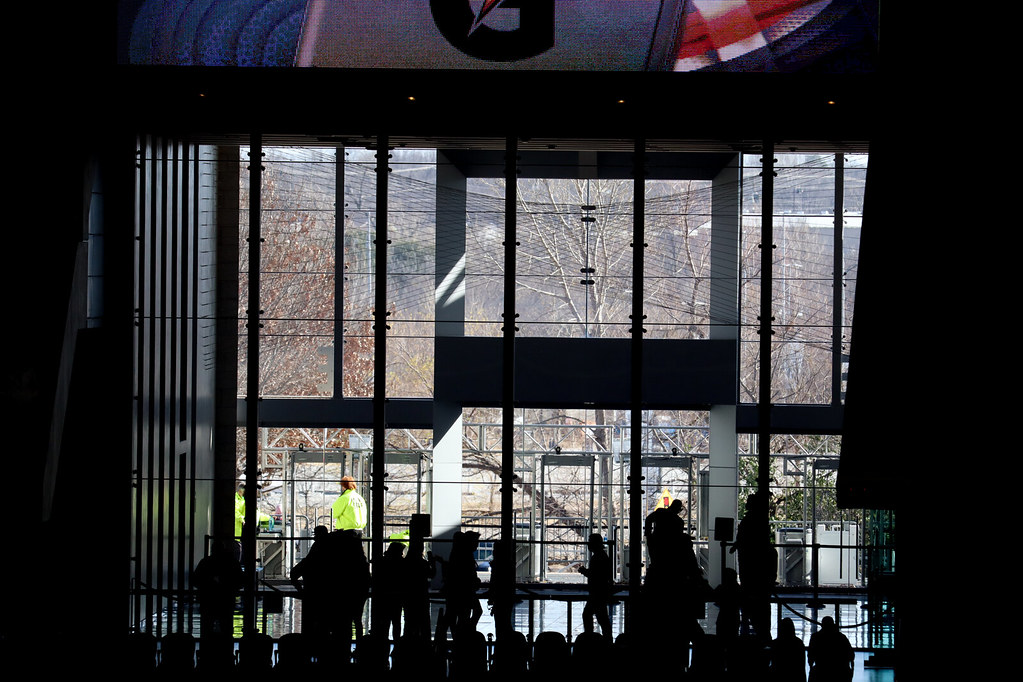 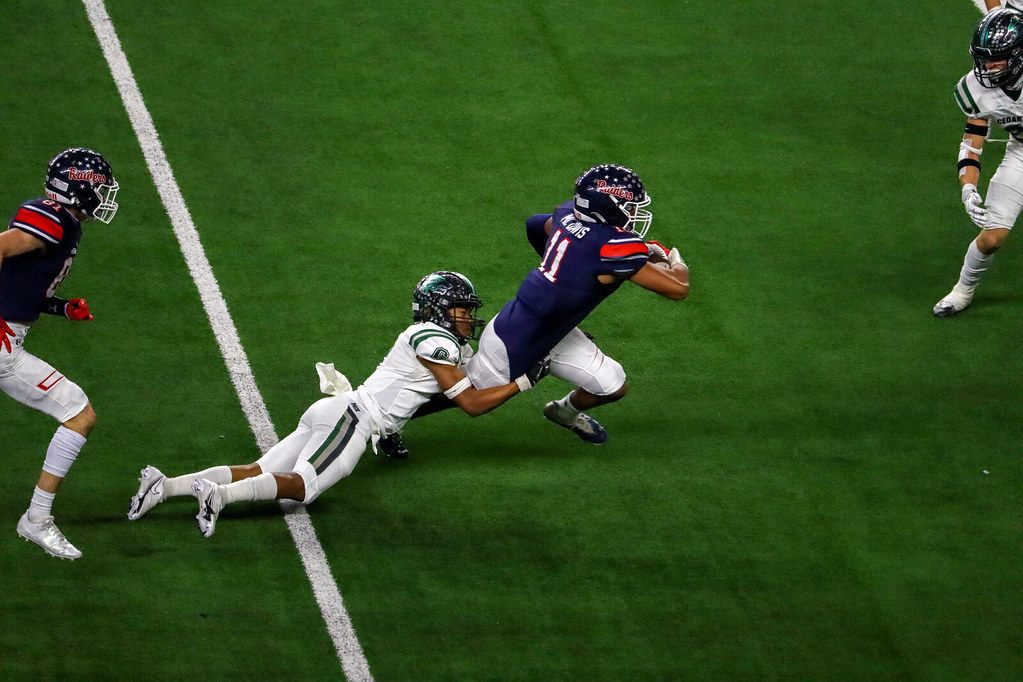 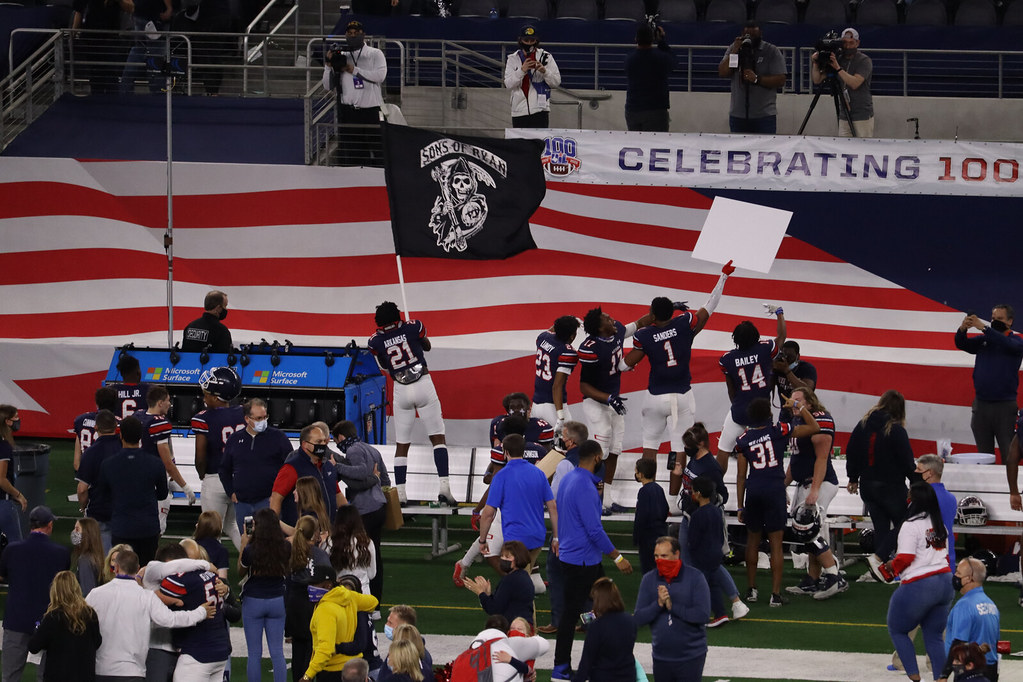 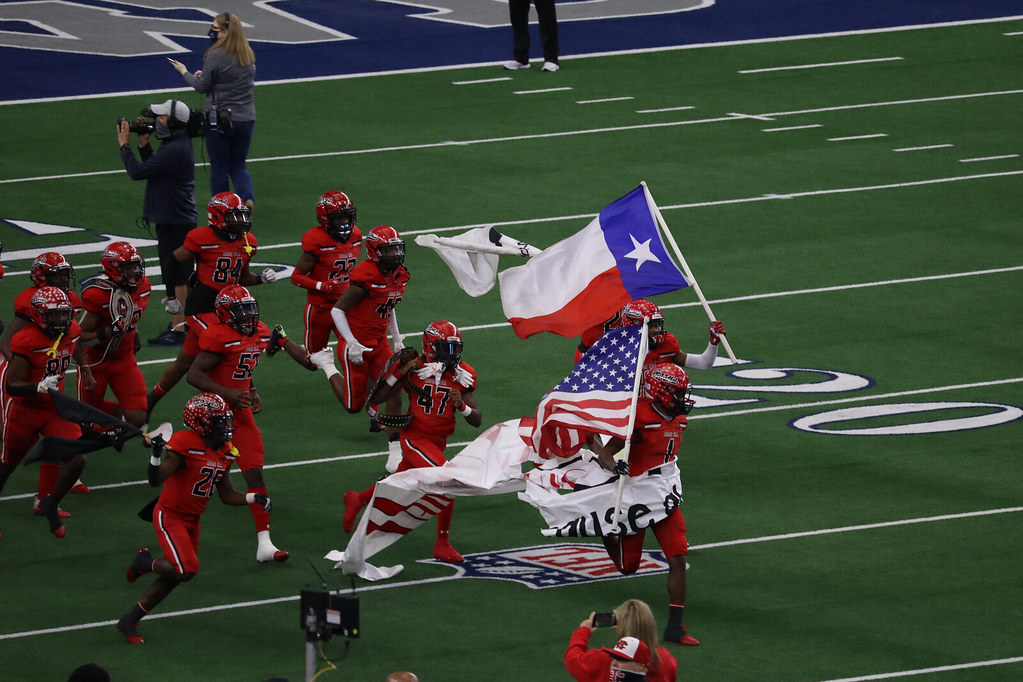 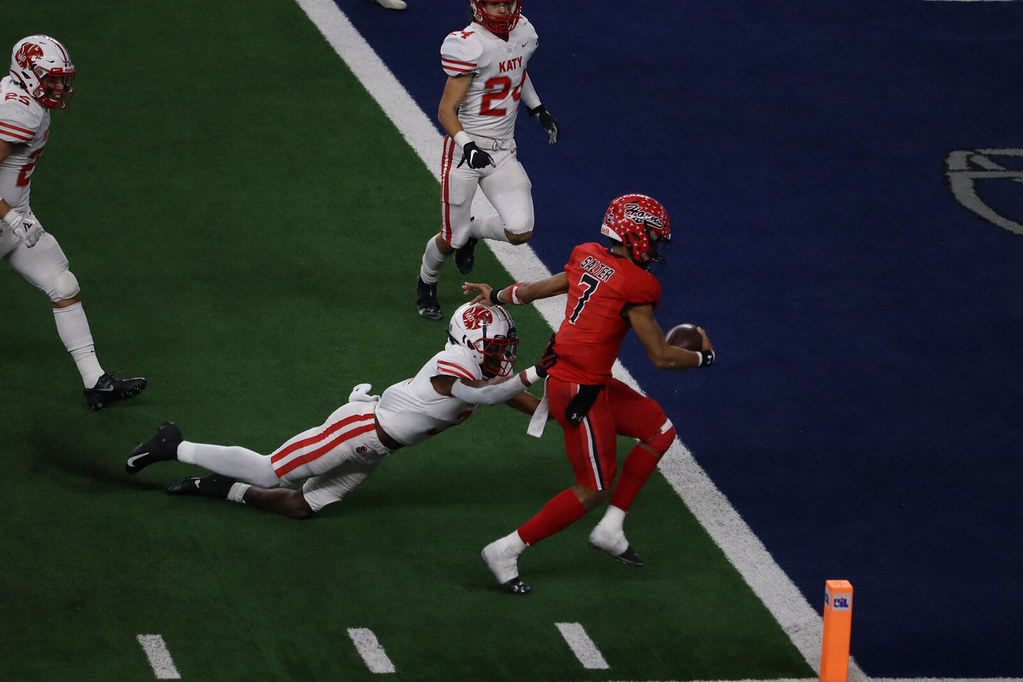 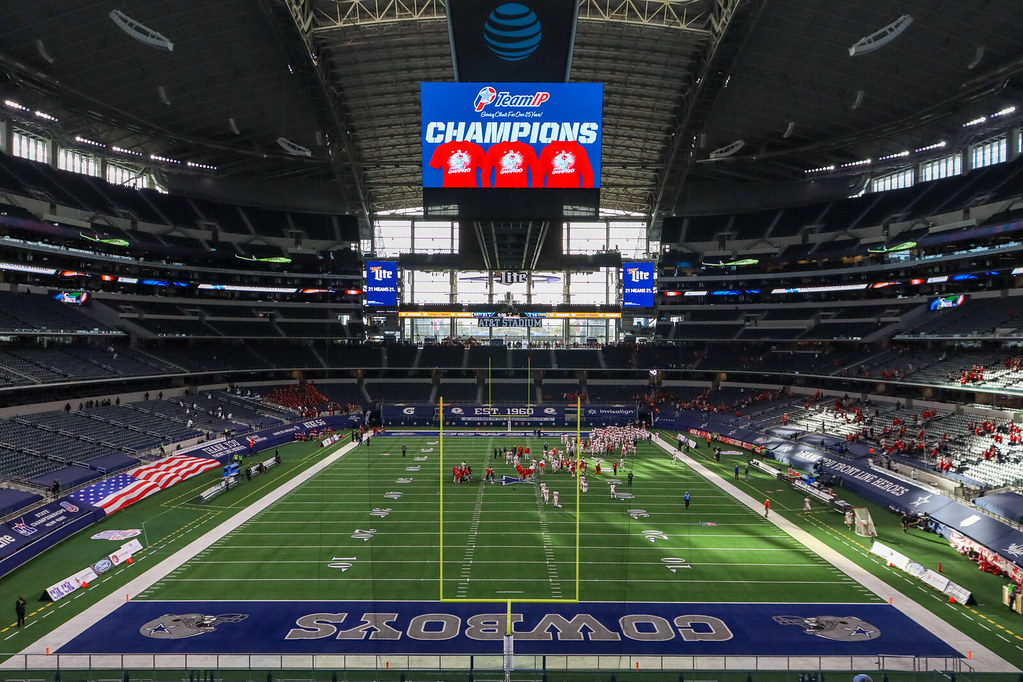 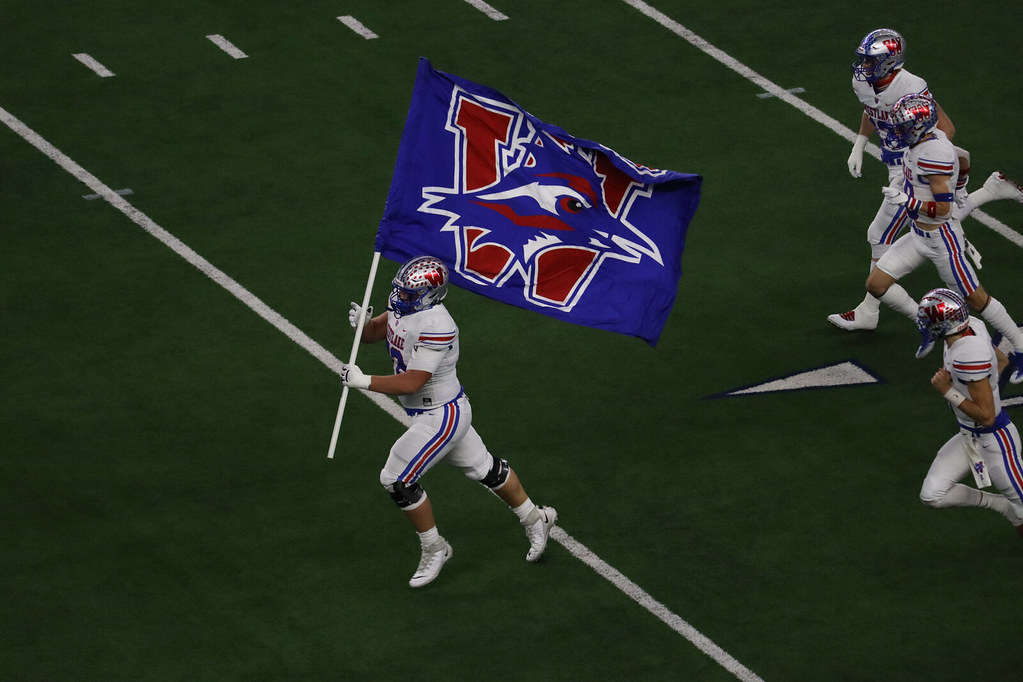 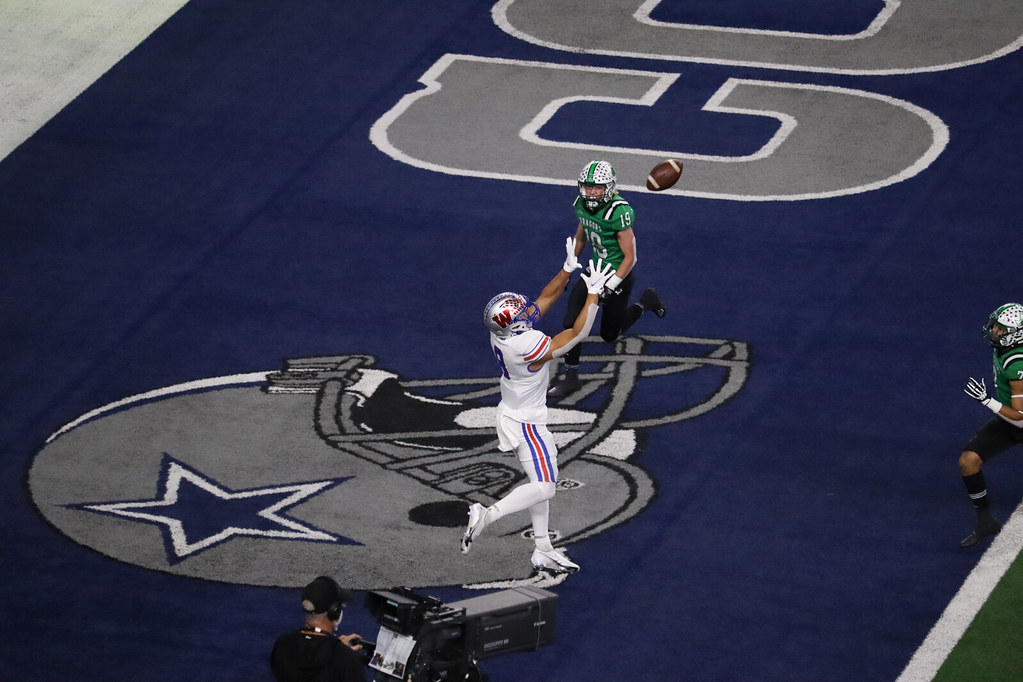 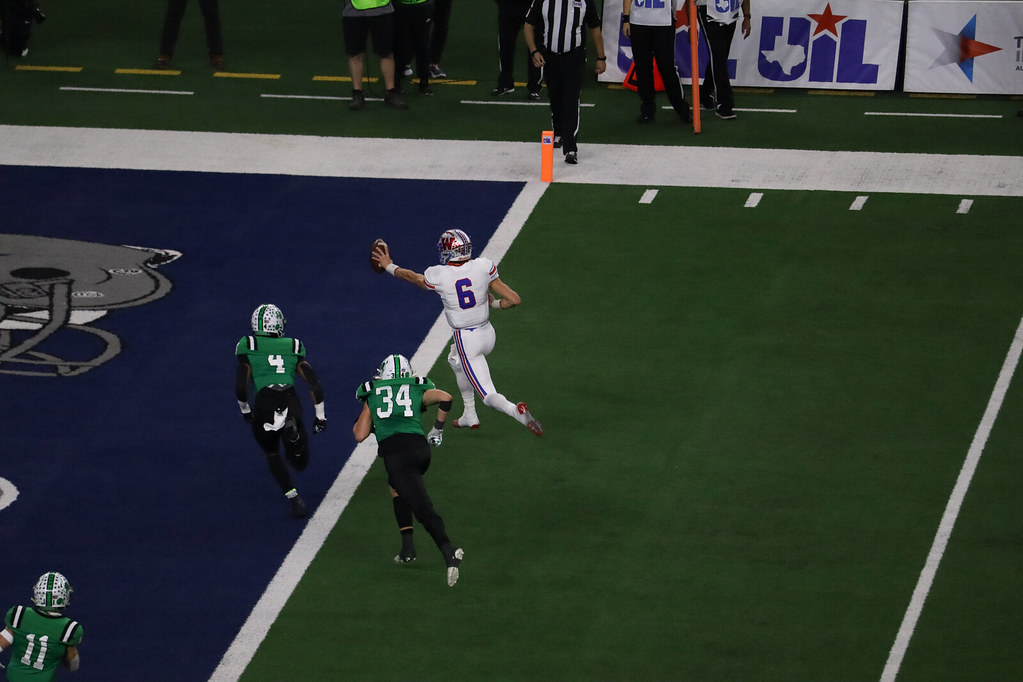 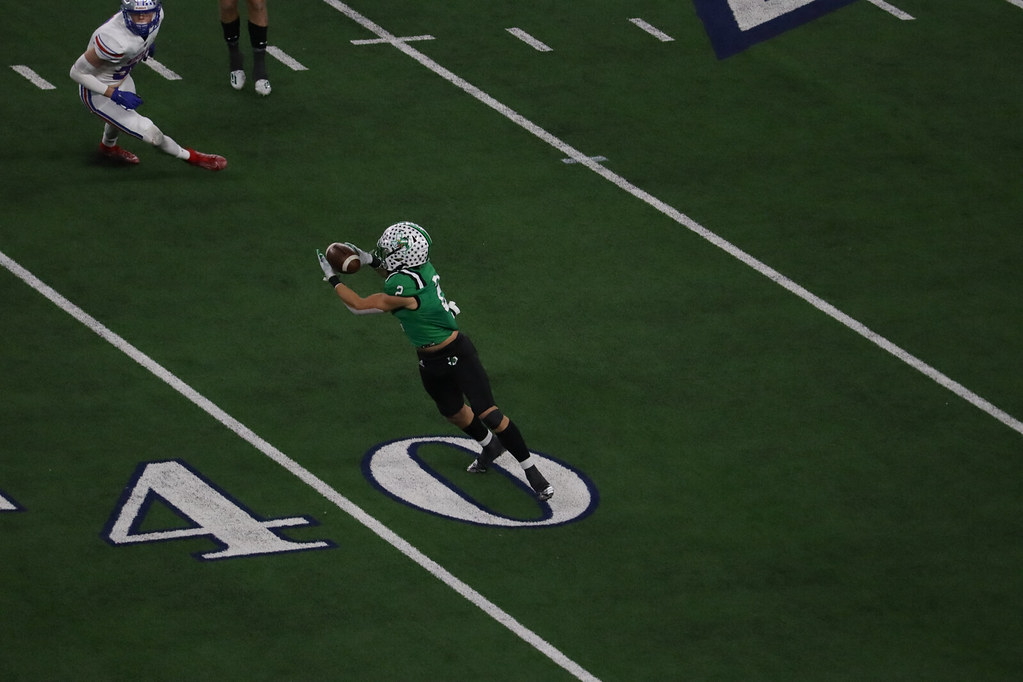 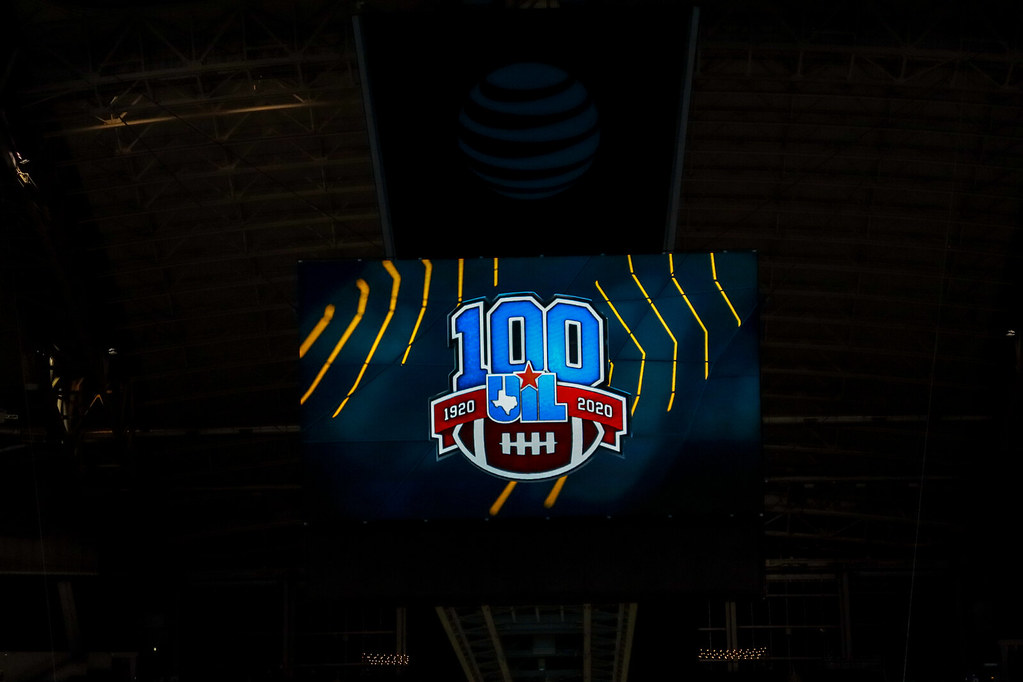