With Pennsylvania’s southeast corner starting Spring Football, I wasn’t thinking things would go perfectly smooth. However, I wasn’t anticipating the turbulance the first week would posess.

For the first week, there would be no Friday afternoon games. Just a Friday night game, and early Saturday games with just two Saturday night games. And then things went askew.

Almost all of the Friday games were cancelled or turned into scrimmages. The one game remaining, Chicester, was the one I had planned. But, that made things difficult. Maryland was starting spring ball as well, so I decided to look to see what Friday night options were available.

Suburban Baltimore had a heap of games available. Some from 6pm to 730pm kickoffs. So, I started near the top of what was available west or north of Baltimore. Starting with Catonsville (pronounced Kate-unz-vill). They had a 6pm game kicking off against Perry Hall.

After getting that game, I gave up the Chichester game to someone else from PFN. Thinking we’d have an easy drive from Baltimore on Friday night to the hotel in Philadelphia for Philadelphia games, we were sadly mistaken.

Because then curveball #2 was thrown. The doubleheader at South Philly Super Site (kicking off at 1pm and 5pm) was converted into scrimmages. The interboro game at 1pm that I had intended to stop at first was now at 3. The rest of the afternoon games were gone. And the only night game remaining was at Germantown (MLK v. Frankford).

So, it looked like maybe a 2 game weekend. Then, Catonsville became a 4pm game. And the Cheltenham-Truman game, originally at Cheltenham then moved to Truman, was now a Saturday night game. With only a 3pm and 4pm game in the afternoon.

So, onward I searched. Back to Maryland looking for a Saturday afternoon game. There wasn’t many. But, since we were going to be in Baltimore, we figured we’d stay in Baltimore. And then drive to Philadelphia for the night games. And first on my list was Pikesville. A small spec of suburbia inside the 695 loop on the northwest corner of Baltimore.

With that, everything was finally set in place. Hopefully.

So, Friday morning, I stopped at the office before continuing from home to Baltimore. Taking US422 east from New Castle through Kittaning and Indiana to Ebensburg. Stopped for a hoagie and the ATM, and then headed through Altoona and Bedford before shunpiking my way on US30 to Breezewood. Getting slowed down by a heavy hauler moving slowly up the hill just west of Breezewood’s infamous gap in I-70. Then, I-70 south and east to Baltimore.

I arrived in Catonsville just before 3pm, and made my way to the school. I didn’t find it feasible to get a photo of the welcome to sign off the highway. So, instead had to pass.

This afternoon I'm at Comet Park in Catonsville, Maryland for a game between the Catonsville Comets and Perry Hall Gators. Kickoff is at 4pm ET. #95 @PaFootballNews #BeyondTheKeystone pic.twitter.com/6kMyrxEpSV

Comet Park is located in a wooded area to the east of the high school. This park included practice fields, conjoined baseball and softball fields, as well as the main turf field stadium with surrounding track.

The stands are a bit small for what seems like a much bigger school. The stands are only on the north side, while just beyond the far side track is the hill down to the ball fields.

Catonsville are the Comets, while Perry Hall are the Gators. Two unique team names. Perry Hall is from the eastern half of the Baltimore area. Comets came out dressed in yellow jerseys against Perry Hall’s visiting white uniforms.

Now, from an outsiders’ perspective, Maryland football is a bit unrefined. To put it nicely. Sure, the private schools have a huge edge in terms of talent (open and legal athletic recruiting happens), but most public schools do not. This is my fourth game in Maryland (a state championship, as well as a game at Hagerstown and Garrett County previously).

And this game was a mismatch. Though calpreps had it much closer, a combination of the Spring start, and a home team that struggled on the line all afternoon, meant that Perry Hall would slowly pull away as the game wore on.

In the second half, Perry Hall gave up some yards here or there, but their offense capitalized on gifts the defense gave them. Moving the ball for four more touchdowns in the second half. Once the game was thoroughly out of hand, Catonsville’s fire seemed to die and the score snowballed on them. Perry Hall 39, Catonsville 0

With the early finish, we had plenty of time to do something before our noon game the following day. Our hotel was in Pikesville, so we headed there to a run down Howard Johnson in the center of town. The main drag had a plethora of eateries. And after checking into the hotel, made our way to the highly regarded “This Is Wings & Seafood”. A small hole in the wall establishment between a 7-Eleven and a Dry Cleaners.

I ordered wings, as well, but the item I will go back for would be the Cajun Shrimp & Steak Loaded Fries.

This was phenomenal for only $12. An entire styrofoam container filled to the lid with mostly shrimp and steak and a little bit of fries.

This afternoon I'm in Pikesville, Maryland for a game between the Pikesville Panthers and the New Town Titans. Kickoff is at noon. #96 @PaFootballNews #BeyondTheKeystone pic.twitter.com/jDbJeleK8u

Saturday morning, it was back through town to stop at First Watch, a chain of higher end breakfast restaurants. Had the meat omelet and milk. Was a bit pricy, but the omelet and toast were stellar.

After that, it was the very short drive the mile and a half to the school.

Now, Pikesville’s high school is a very nice neighborhood driving in. Tree lined, with the school set out of a John Hughes movie from the 80s. The large campus, grass fields, lots of trees. The stadium is small, and sits down a slight hill from the school. Lined with trees. Again, though, all the seating is on the ‘home side’ and this time the field is grass.

With the lack of announcers and minimal pressbox crew, the scoreboard just shows time and score. With no down and distance or Ball On identifiers.

After kickoff, it was clear Pikesville was going to struggle. Their line, though large, was getting handled easily. And #6 and #14, for New Town, was gashing them and would lead to the first of several scores by the Titans.

Leading 22-0 after 1, it looked like the game was going to get out of hand. But then finally Pikesville was able to compose a reasonable possession to eat some of the second quarter and held slim hopes of a comeback, down 28-0 at the break.

In the second half, though, Pikesville could only the stall the inevitable. A scoreless third led to an onslaught in the fourth. The first touchdown started the second straight running clock, before a late touchdown iced things. New Town, 42-0.

After the game, it was a quick stop for gas, and then following MD 147 northeast from town through a windy stretch of road before reaching Bel Air and meeting up with US1. Then, following US1 as it bypassed Bel Air and on to Conowingo Dam where US1 crossed the Susquehanna River. My first time crossing this dam.

Then into Pennsylvania and a quick stop at Wawa for a hoagie for lunch and a Mac & Cheese bowl.

Tonight I'm in Pennsylvania for a game between Truman and Cheltenham. Kickoff at 7pm. #97 @PaFootballNews #BeyondTheKeystone pic.twitter.com/VhaeYzTxEZ

The drive up along US1 was decent. Then I-476 down to I-95 and up along the river by the airport and the sports complex. And,… 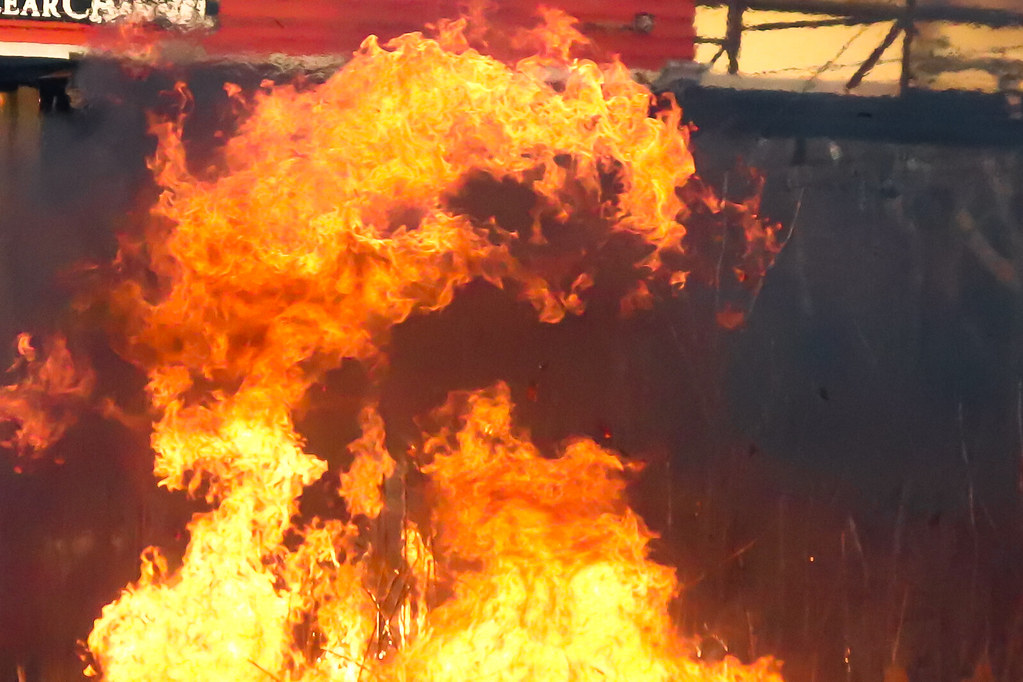 Just a small brush fire along the side of I-95. Then it was up to Levittown in Bristol Township and Harry S Truman High School.

Now, this game was originally scheduled for Cheltenham and then moved to Truman. And then rescheduled for 7pm instead. One thing I had an issue with was the lighting. It’s not bright. At all. For the nice stands and great turf field, the lighting is very dim. And also the light standards are located in the corner of the endzones and not at the 20s or so where most stands would be. And it’s just two per side. Leaving the middle of the field the dimmest part, rather than the corners or endzones darker. Throw in the home team dressed head-to-toe in black and black endzones and other than the visiting stands, the surrounding background is black. Makes for a difficult time with photos. But, I finally got a setting that seemed to work and they turned out decent.

Now, on to the game.

This one started like the first two of the weekend. After a scoreless first quarter, Truman exploded with three touchdowns to go up 20-0 at the break.

In the second half, it seemed like Truman was going to win this one with ease. After Cheltenham got on the board, Truman answered to make it 28-7 with 12 minutes left.

and that’s where things got interesting. With the game lagging due to penalties and other stoppages, the fourth quarter started with a bang. A 73 yard TD pass for Cheltenham with 10:59 left. Truman answered, but missed on the pass conversion to go up 34-14. Cheltenham scored on a 1 yard run with 6:40 left.

And then it happened. A strip sack in the endzone was recovered by Cheltenham for a TD. The kick was good, and Cheltenham, down 20-0 at the half and 28-7 after 3, was no a TD away with 5:47 left. In the melee, there was also a kickoff from the 15 yard line, the opposing 15 yard line to setup the quick score.

Cheltenham got the ball and with about 3 minutes to go, threw incomplete on a deep slant at the mouth of the endzone. The pass was well defended and knocked free on a 3rd and 15 (believe it was from the 18). Fourth down disintegrated for the Panthers, as their line gave way and was stopped in the backfield before a pass could even be attempted. Truman would then hold on to the ball and run out the remaining clock to win, 34-28.

After that, I had a long drive home. I had intended to make the drive straight through. But, I hadn’t slept the greatest the previous night. So, after deciding to avoid the tolls on 476, I went through downtown and out the Schuylkill Expressway (I-76) west to King of Prussia and US202. And then, US30 to Lancaster and PA283 to Harrisburg. I stopped along the way at one of the half dozen Wawas on the road for something to drink. And then got past Harrisburg where I called it a night in Duncannon, just across the river.

Next morning, got up and was home shortly before noon, even with the time unwieldy time change. 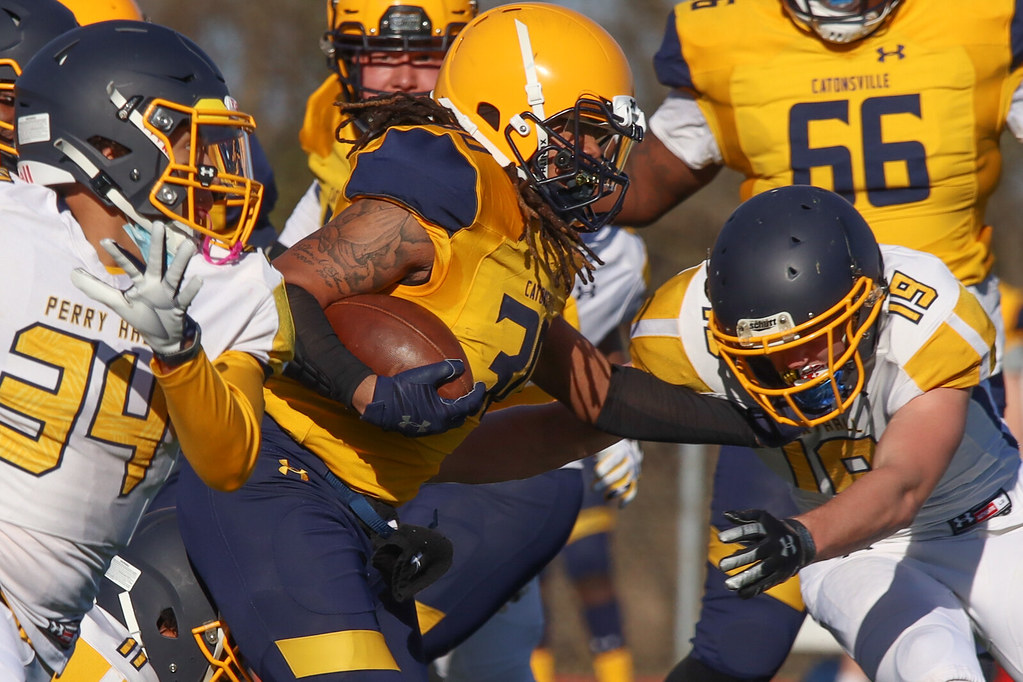 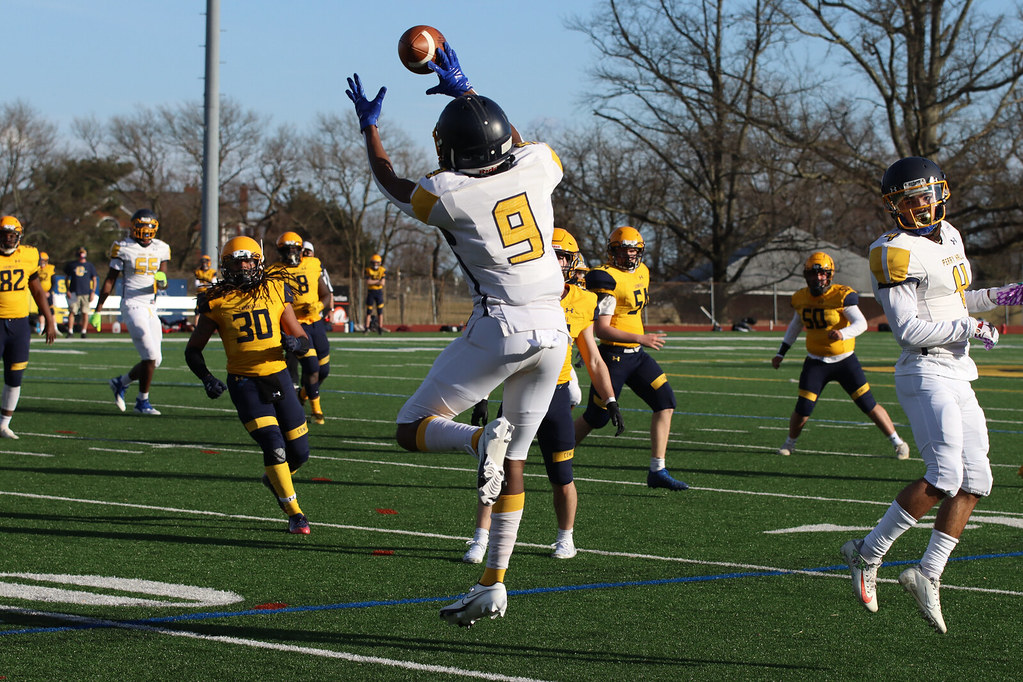 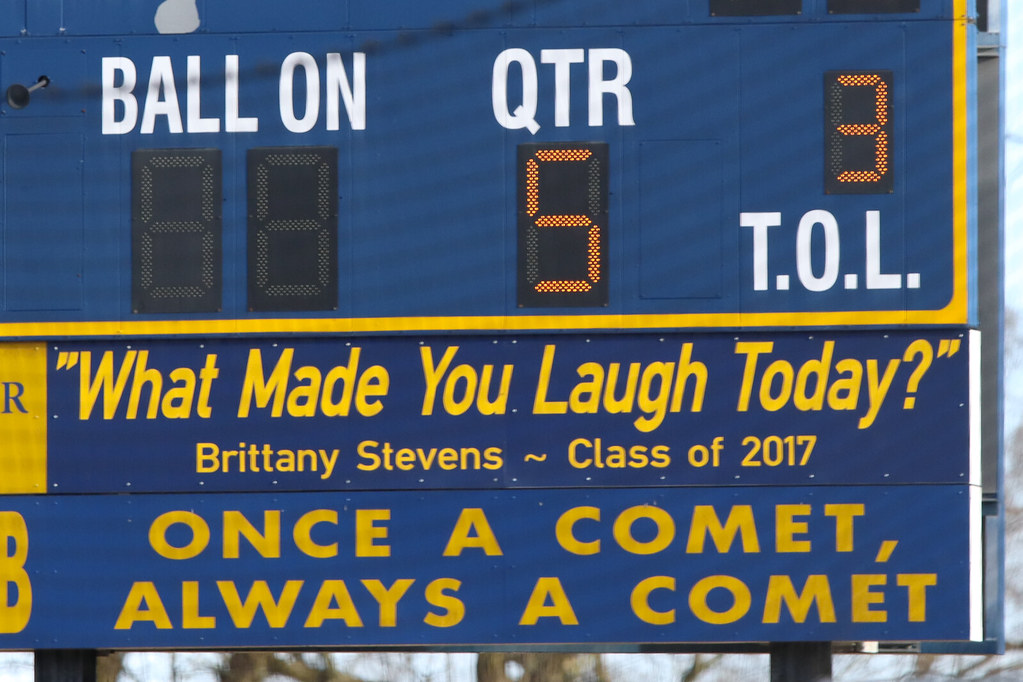 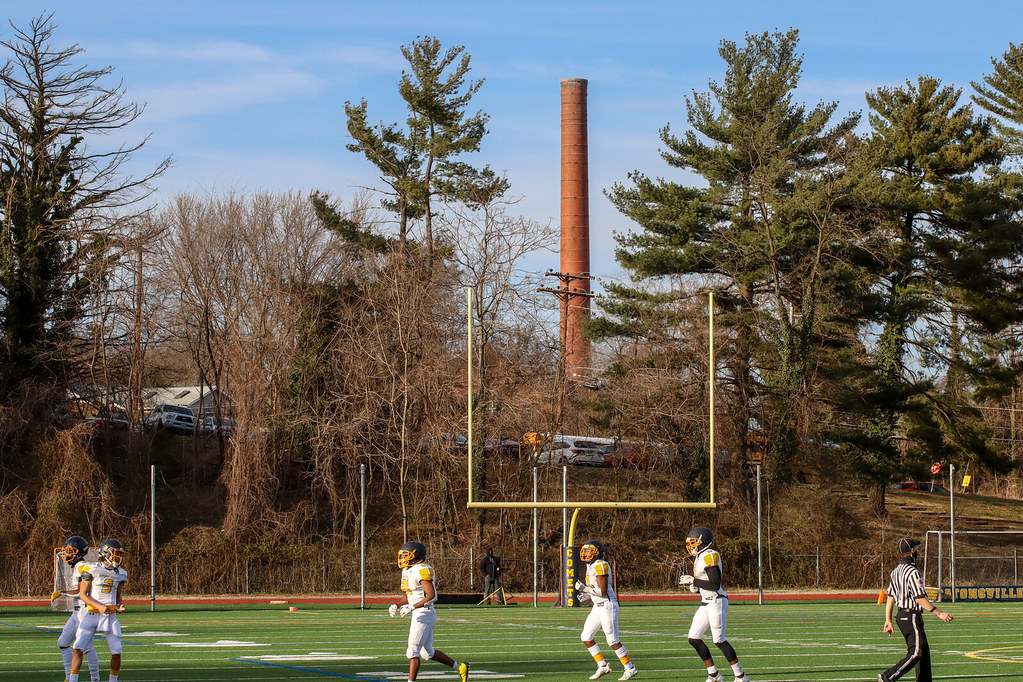 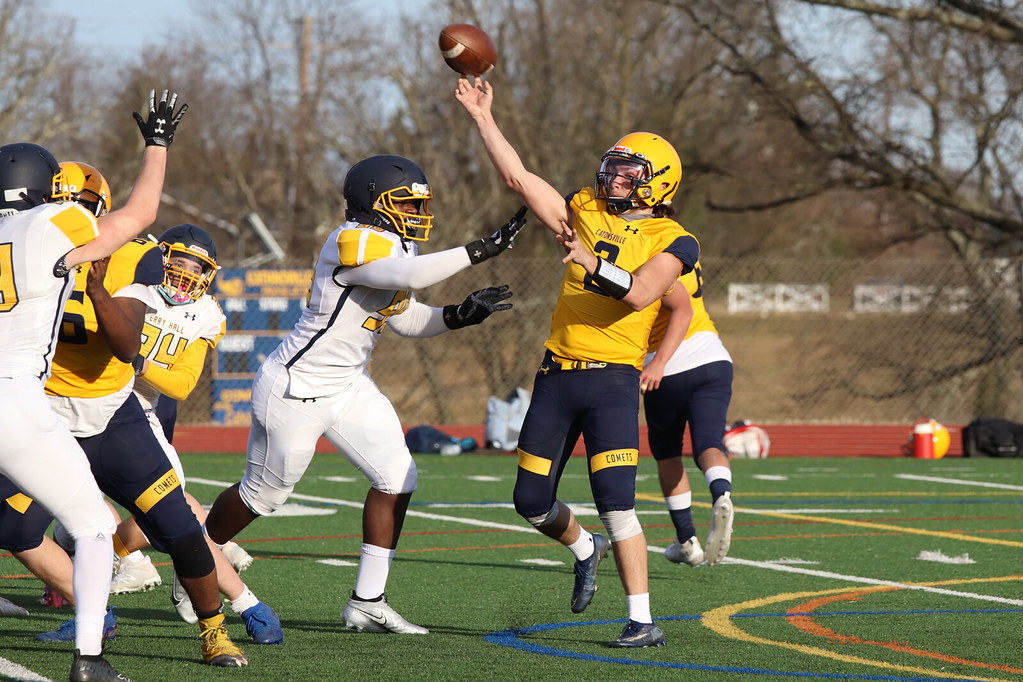 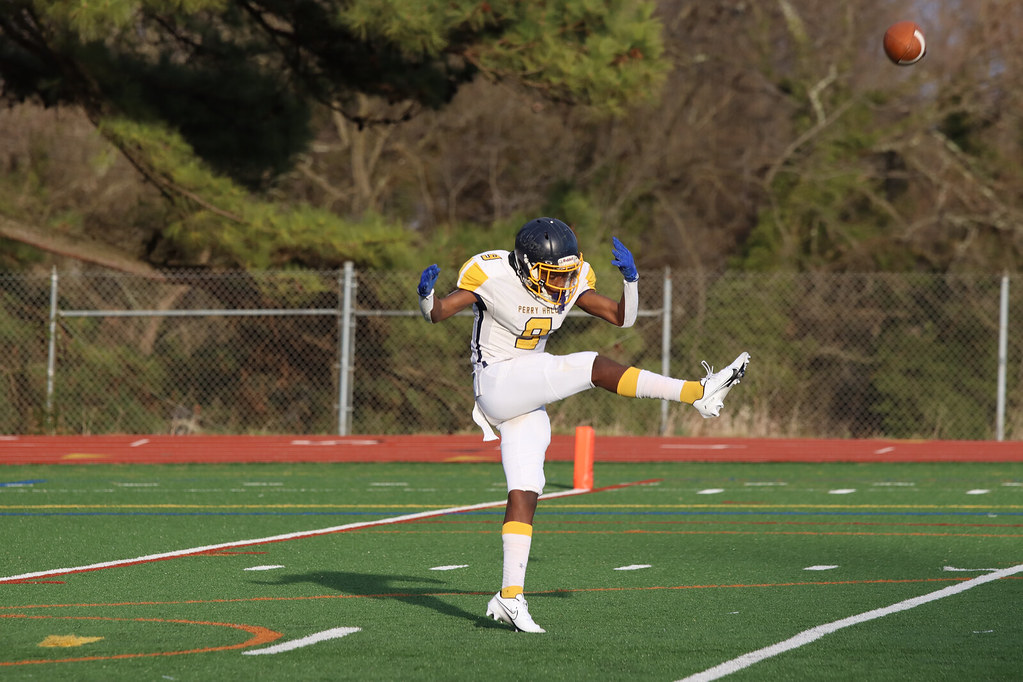 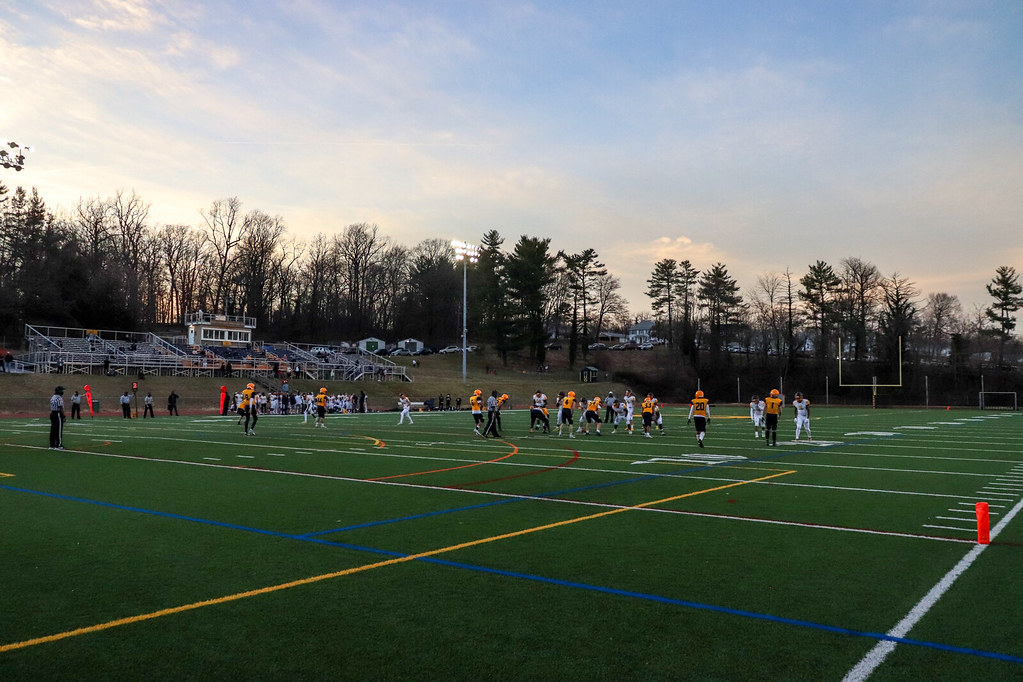 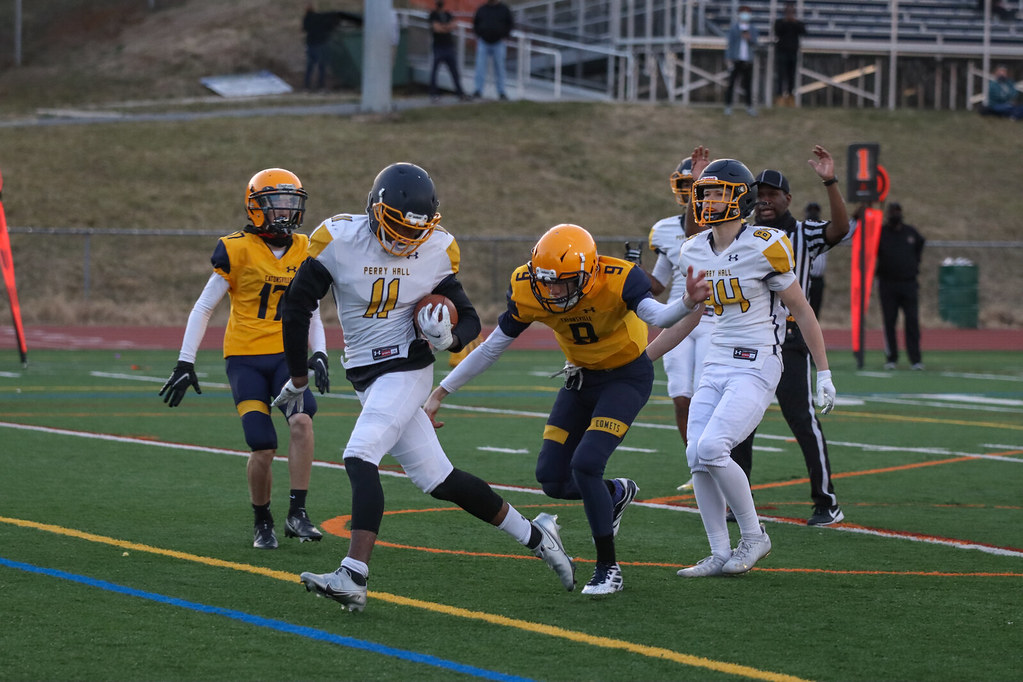 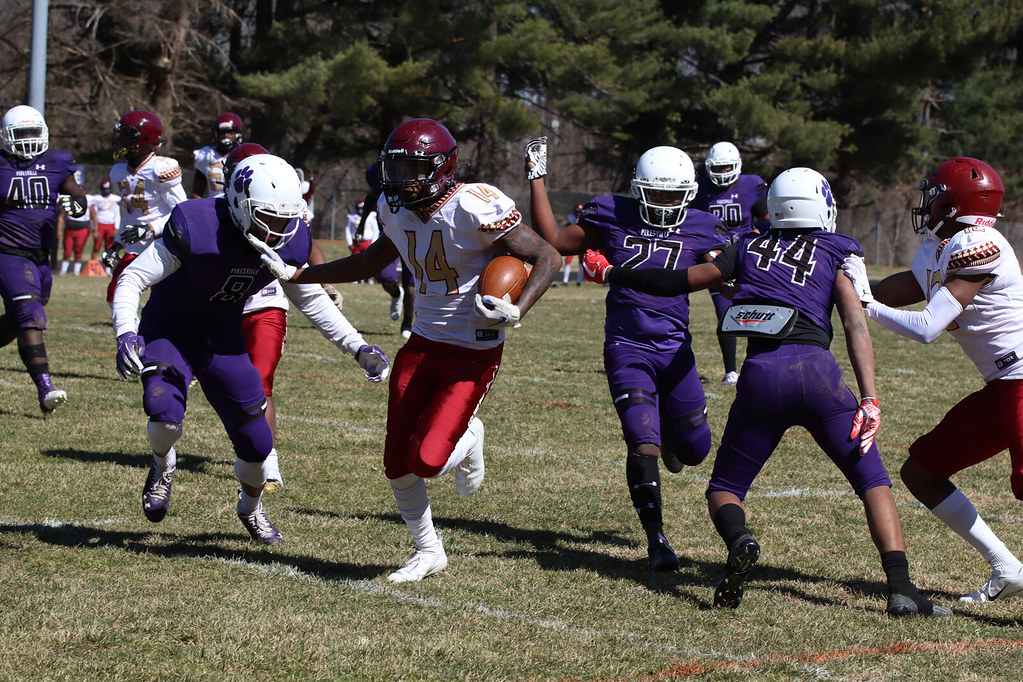 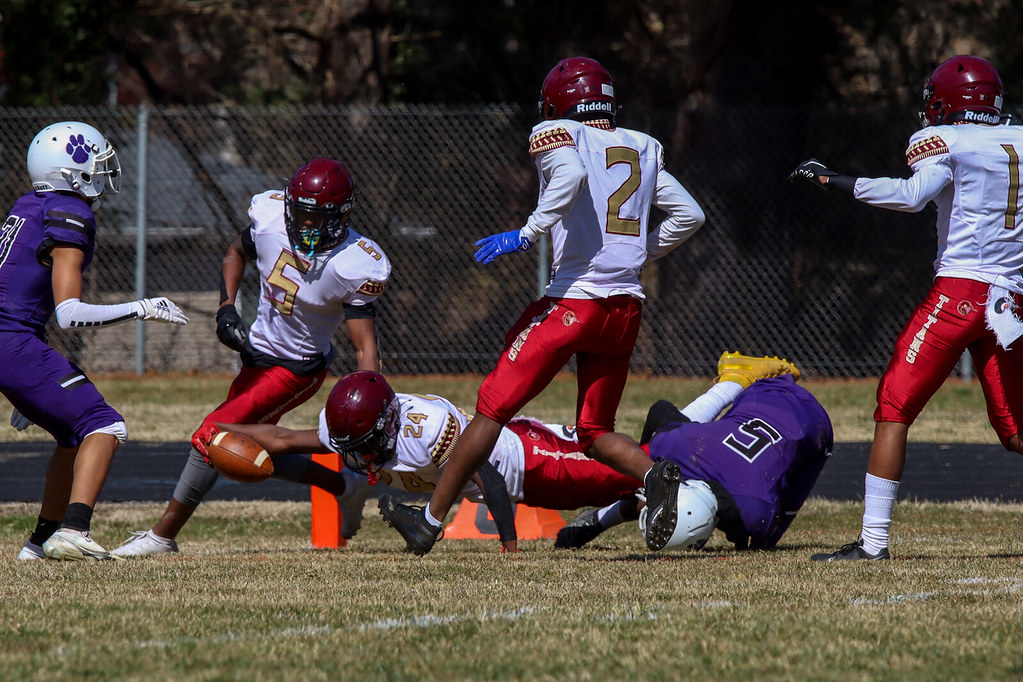 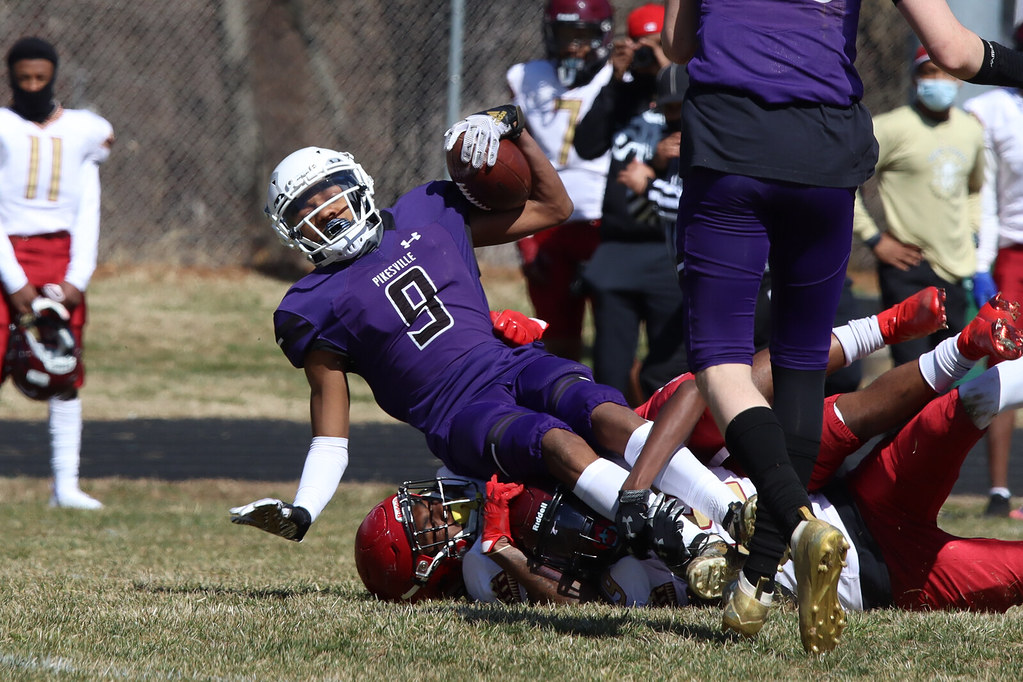 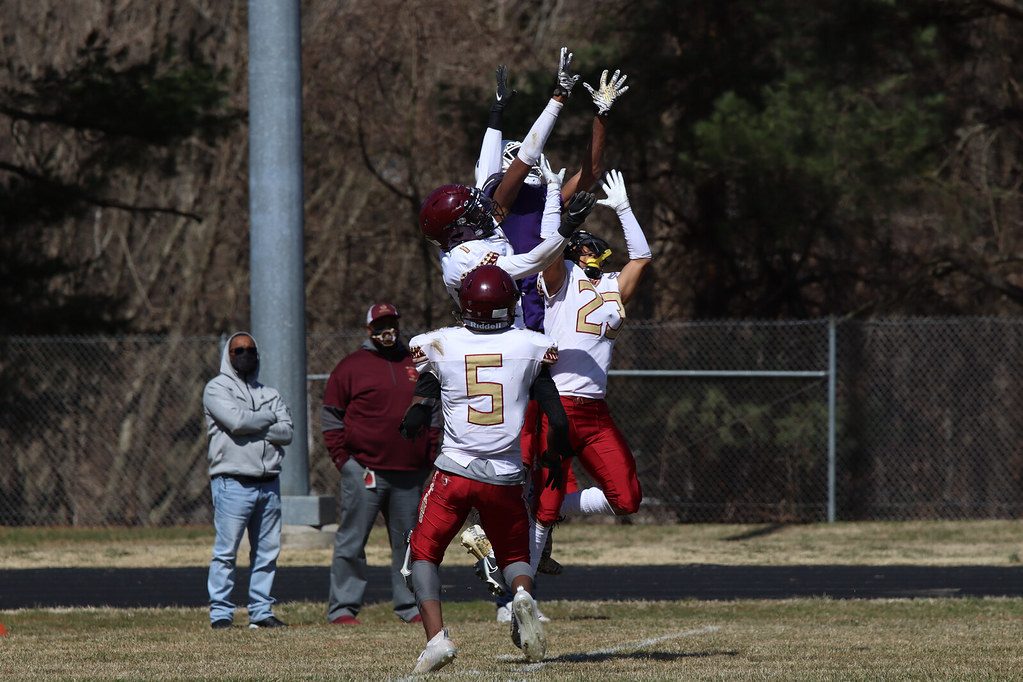 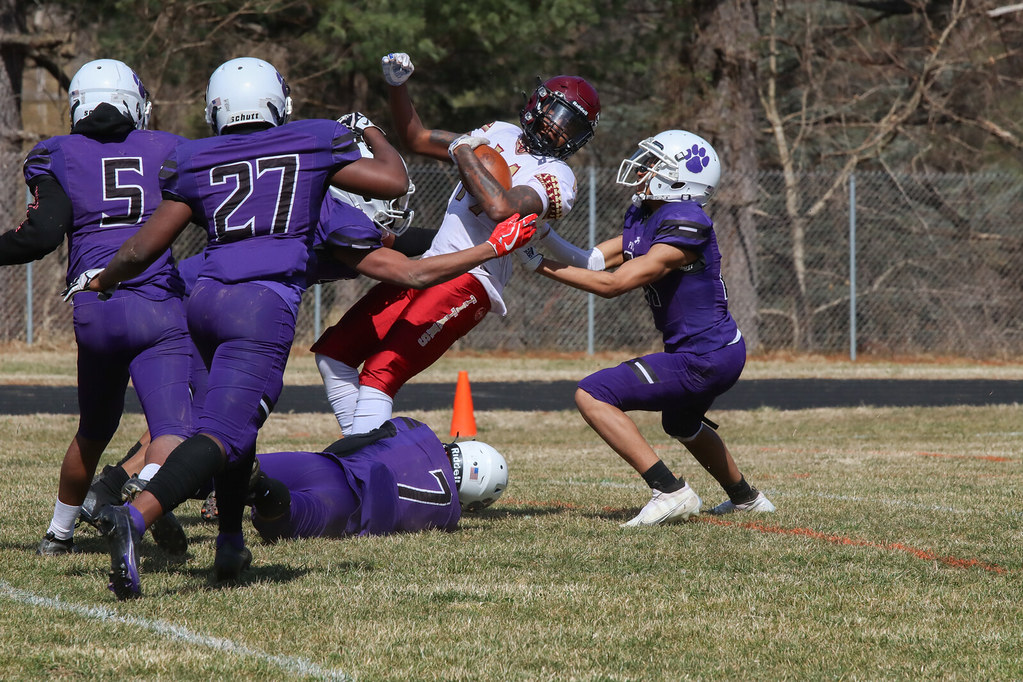 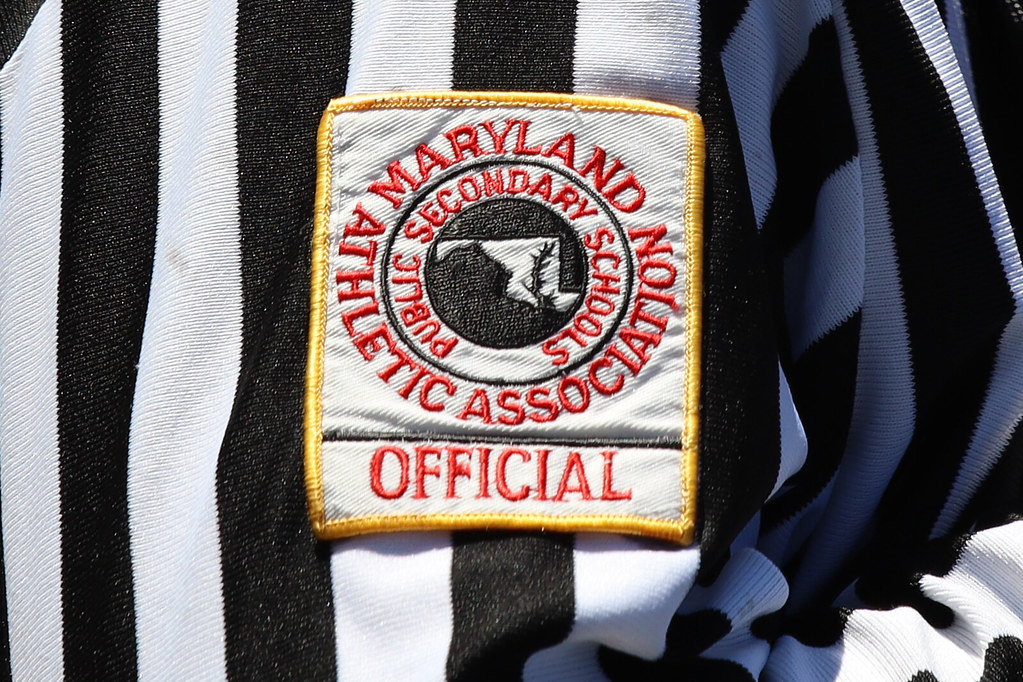 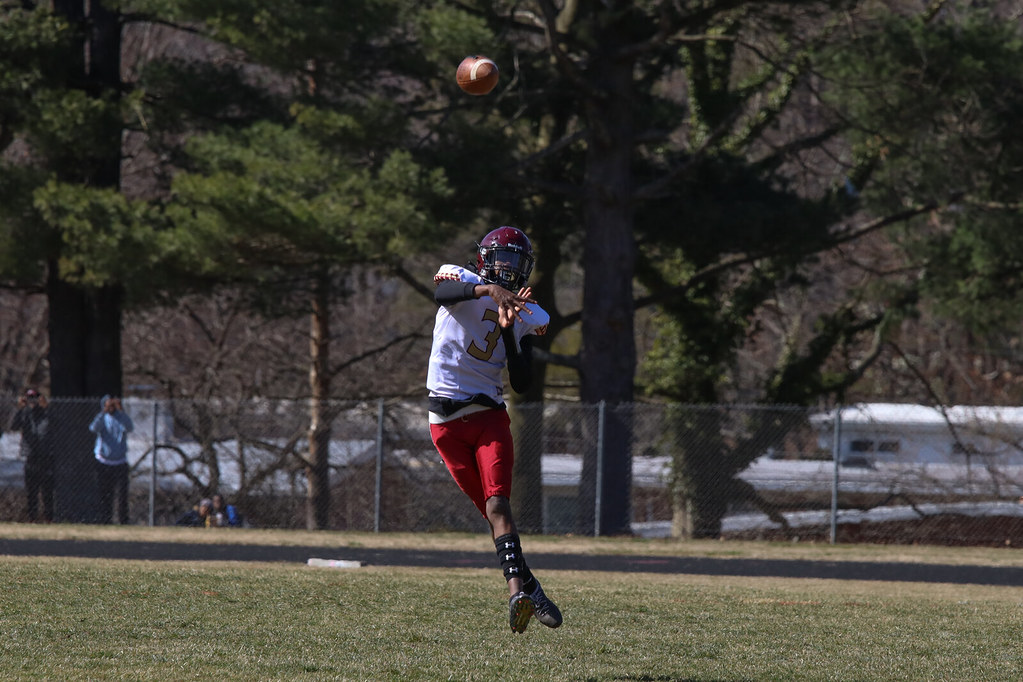 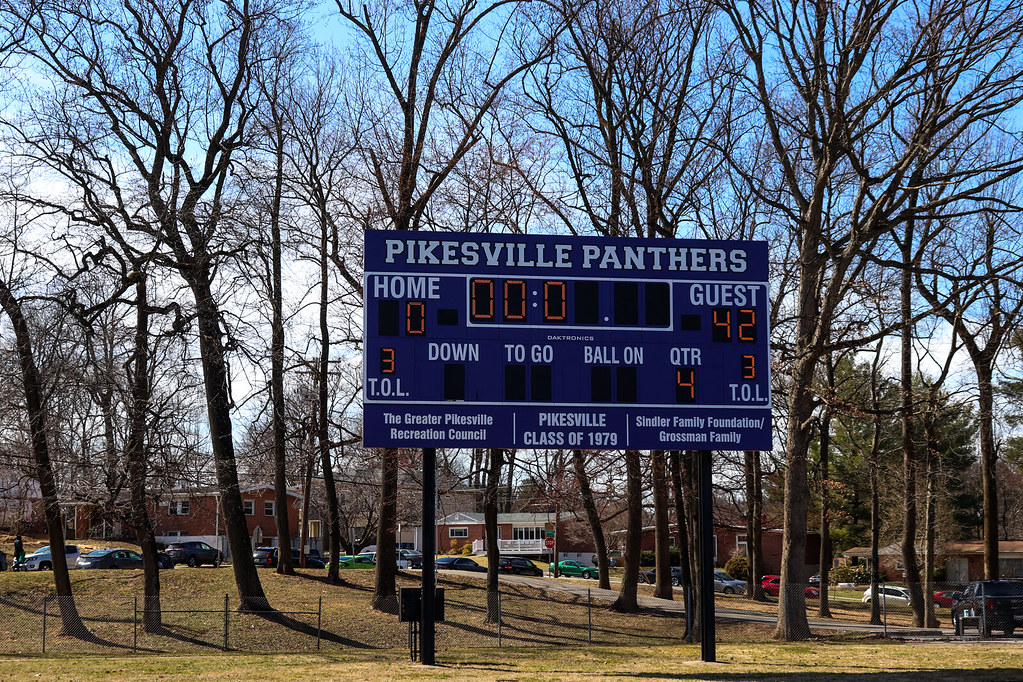 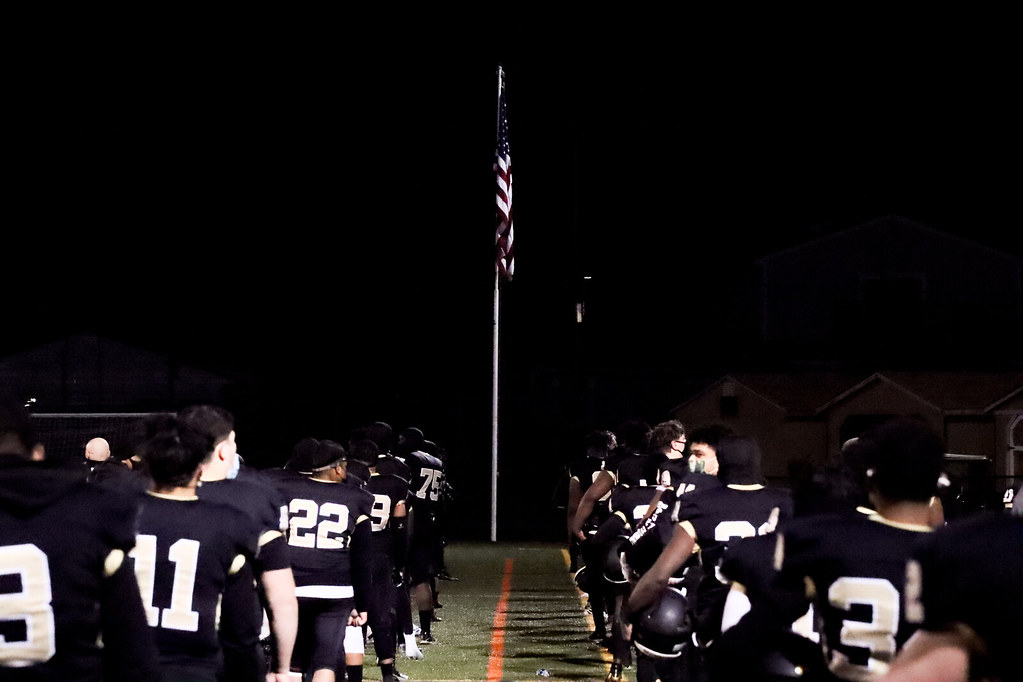 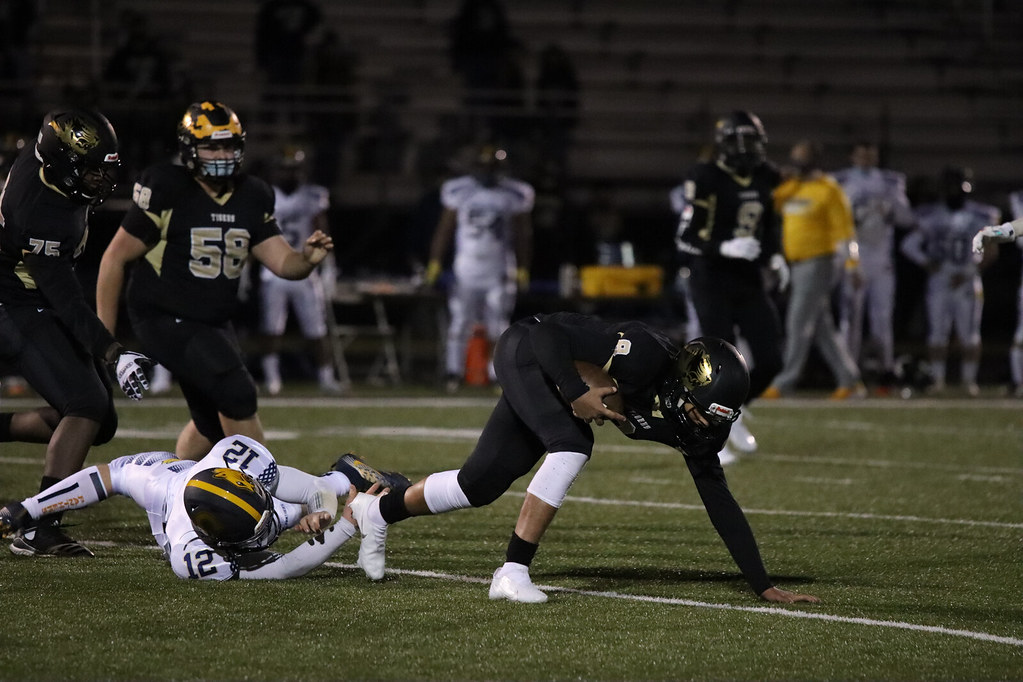 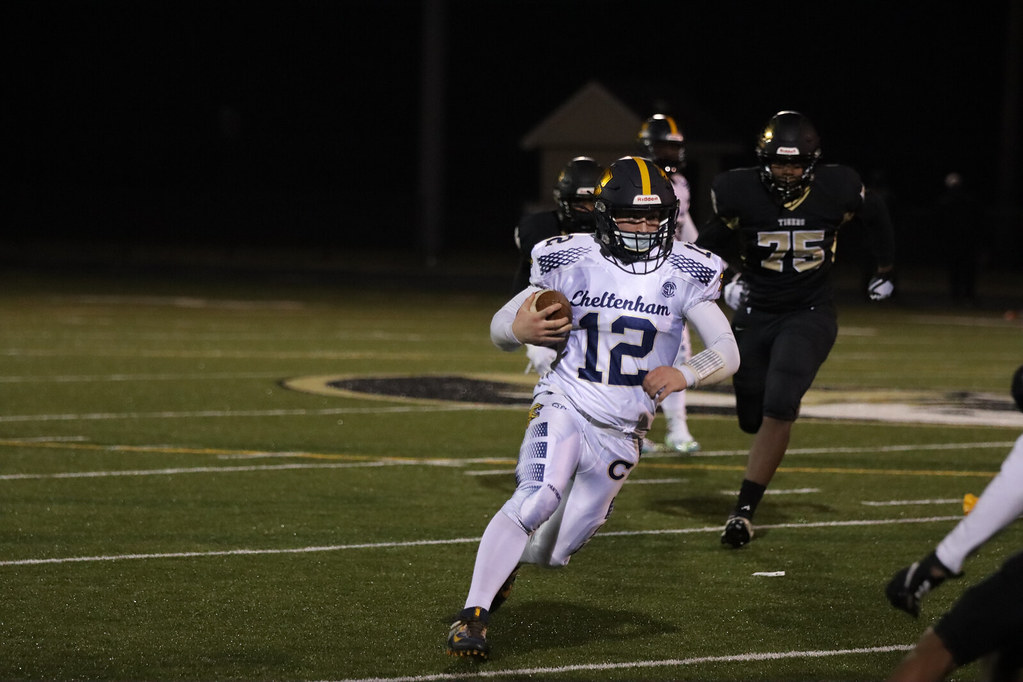 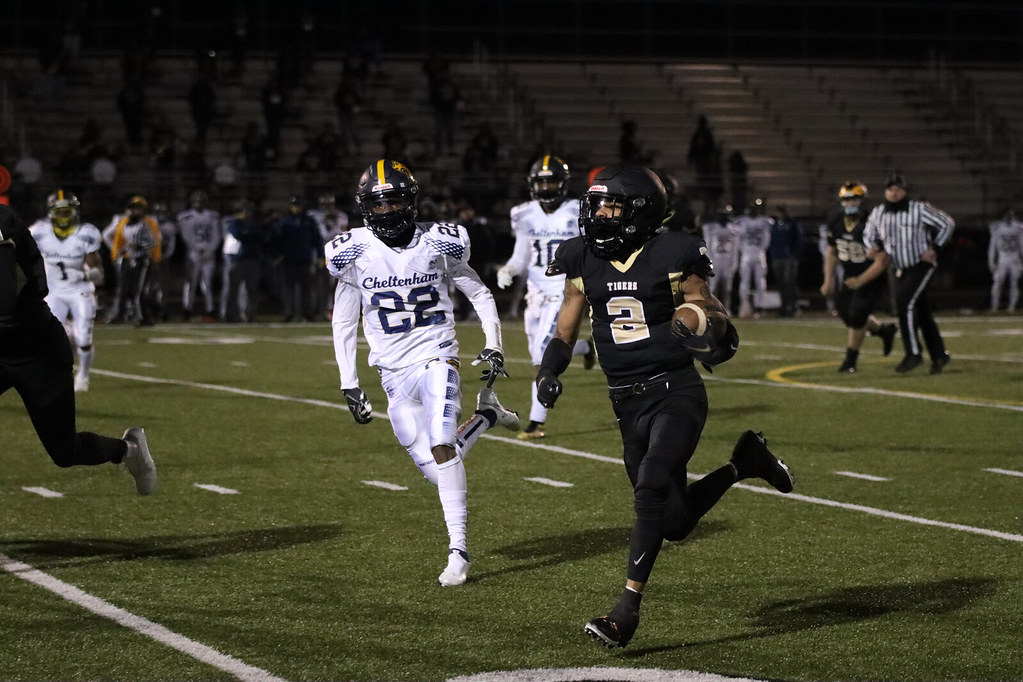 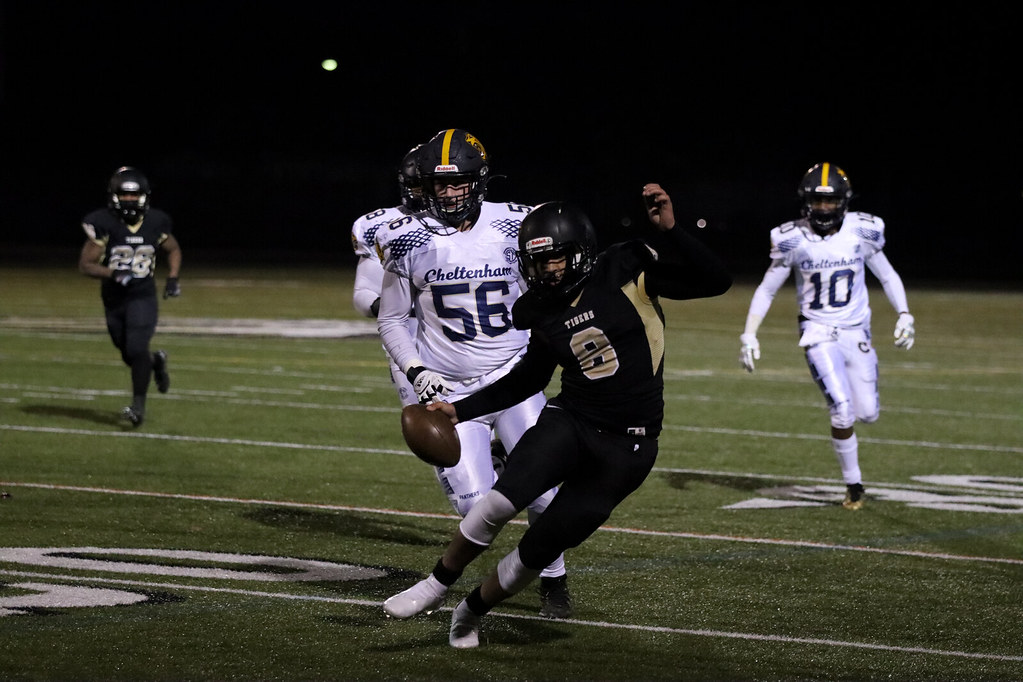 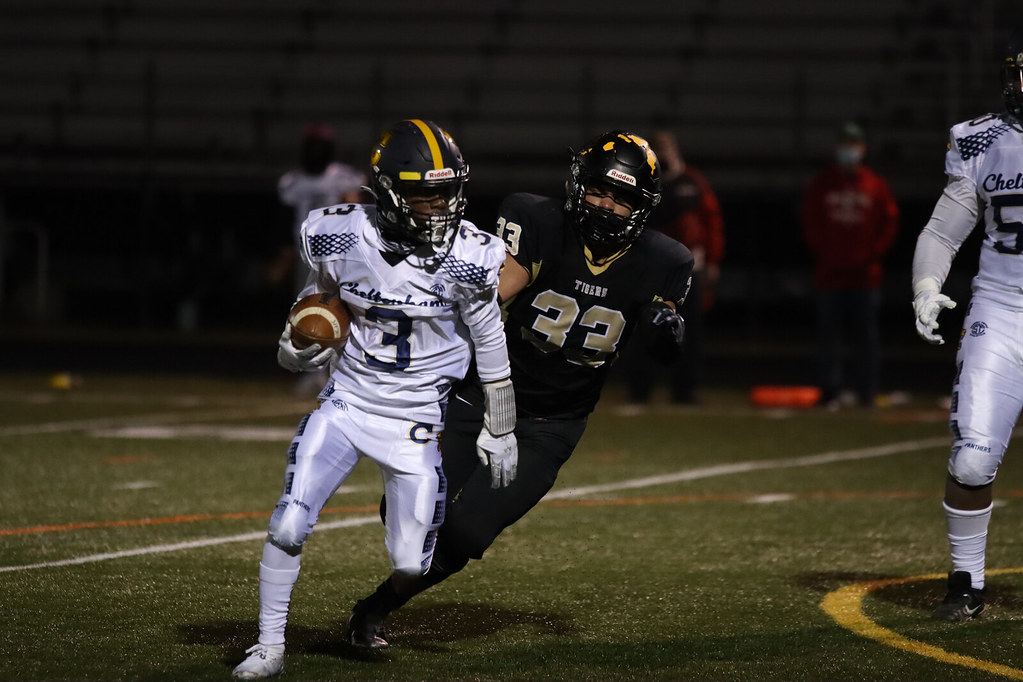 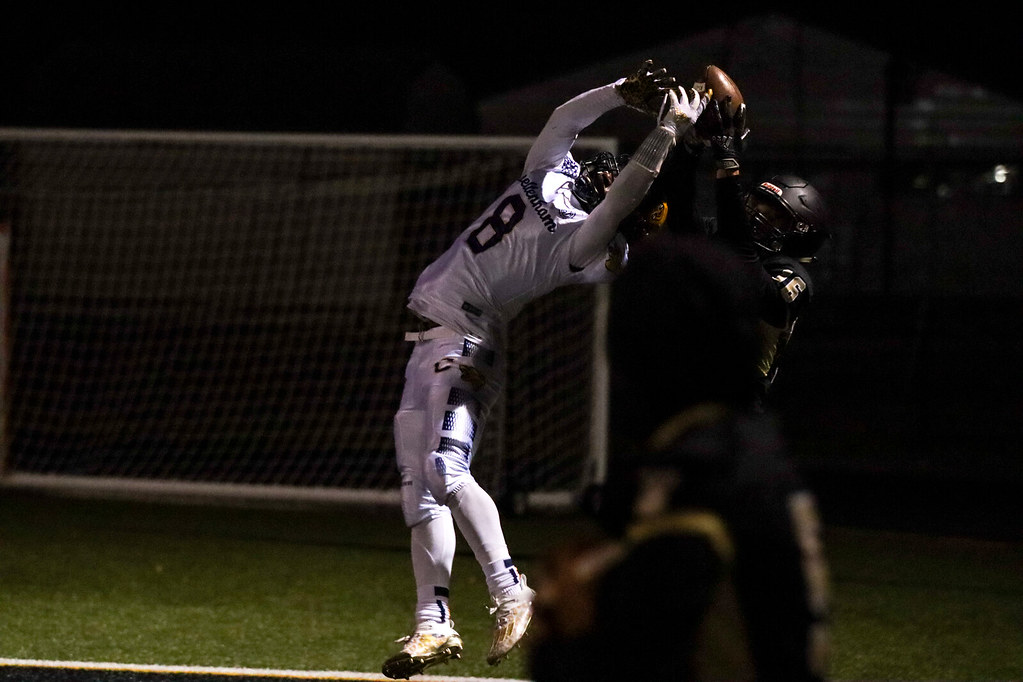 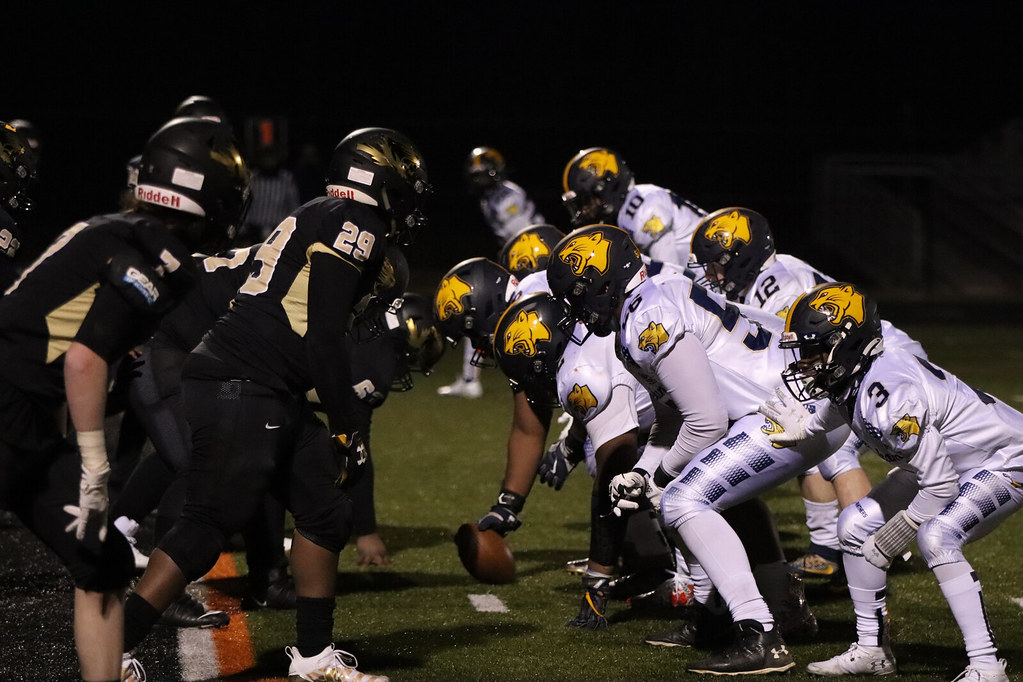 I now have 4 games scheduled for next weekend in Philadelphia. On Friday, it will be a stop at George Washington for their game against Vaux Big Picture. And Friday night down the road to Northeast for their game against Martin Luther King. Saturday afternoon is Frankford v. Roxborough at Franford Stadium. And a recently added to the itinerary game, Neumann-Goretti v. West Catholic at South Philly Super Site (aka Bok Field).

Right now, 7 of the 8 teams would be new for me (I’ve seen West Catholic in a state final against Wilmington previously). While all four stadiums will be new. Hopefully nother new changes between now and Saturday. Though there’s rumors of something big happening. So, we shall see.