The two SectioN Vi options on Saturday were Dunkirk hosting Maritime/Health Sciences and Wilson hosting Akron. Despite the drive, the Wilson game looked just a bit better for a matchup. Despite the 2 hour drive from Sherman and the tight winder to get there. So, for Friday, we went with the repeat pick. Salamnca was hosting Randolph at Veterans Memorial Park.

I had been to Salamanca for the first week in New York. The Warriors hosted Maple Grove on a Thursday night in what turned into a snow globe. I promised to be back at some point for a game at the newly renovated Veterans Memorial Park when it wasn’t snowing. I just hadn’t expected to be back so soon.

However, the matchup with Randolph was expected to be decent. As the two teams were jockeying for 3rd and 4th place in Class D.

I left home and took the ‘back way’ to Salamanca. Taking I-80 east to Clarion, and up Route 66 to Kane. Cutting up US6 to US219 to Bradford. Checked into one of the cheapest hotels imaginable. Got an early dinner at a Chinese restaurant, and then headed up to Salamanca.

However, when I got there, the cold weather was spitting snow. The rain forecast had missed. Despite being above 32F, the precipitation was light snow. It wasn’t sticking. But was just enough to be a nuisance.

This was my 3rd time seeing Salamanca. Other than their Maple Grove game, I also saw them a few years ago at Clymer/Sherman/Panama, in Panama, a 40-0 defeat. Randolph, I had seen previously at Ralph Wilson Stadium, and also as a co-op when they played with Frewsburg in a game at Chautuaqua Lake/Westfield.

The game was a surprise. Salamanca jumped out to a quick 13-0 lead. And then Randolph stormed back with two TDs in the second quarter. But, a 57-yard TD pass made it 19-14 for the home squad at the break. One more TD gave them a comfortable lead. Randolph, suffering a few injuries, managed to drive the field on the final possession, and scored on a TD as time expired. Salamanca 25, Randolph 20.

After the game, it was a quick drive south to Bradford, and back to the hotel of horror. No working TV. No working heat. The Shower _barely_ worked. At least the bed was halfway comfortable.

Photos that will only interest me. The stairwell of my hotel Friday night. #roadtrippin https://t.co/Y36nXFBsAu pic.twitter.com/13AT8QNZtg

Also, no elevator. But, i did get this photo on the way out in the morning.

After that, it was a drive over to Jamestown, and stopped at Phil-N-Cindy’s Lunch for breakfast. We stopped here for breakfast when we were in Jamestown last time. It is definitely worth the stop. The eggs are a bit ‘slow cooked’, which might be my only possible complaint. However, everything we’ve had here has been great.

After that, it was a quick drive over to Sherman, just off I-86. I had been to the field a couple times in the past. But the first time I’ve seen a game at Harry W. Brosius Field.

This afternoon I'm in Sherman, New York for a game between the homestanding Clymer/Sherman/Panama Wolfpack and the Fredonia Hillbillies. Kickoff is at 1:30pm. #120 @PaFootballNews #BeyondTheKeystone @CSPfootball @FredoniaFTBL pic.twitter.com/XQEYW1r0du

It’s definitely a throwback. The field lacks any sort of bleachers. Instead, there’s just a steep berm from the fence along the sidewalk down to the field. A small pressbox structure sits at the 50. A pavillion sits in the southeast corner with picnic tables that serves as a halftime respit for the Wolfpack. Also, there’s several houses whose backyards overlook the field and provide a unique perspective. Additionally, the school, across the street and even higher in stature due to the sloping terrain, dominates the view from the visitor sideline. Also, there’s a small vomitory from the school to the field that goes beneath the road. Allowing safe access for the team to leave the lockers and walk to the field. Giving a unique entrance as pictured below.

For the game, Fredonia and CSP were playing for the Class C – South title. The winner was going to get the South title, while Fredonia would be out with the loss. CSP would possibly stay in despite the loss. Jockeying with Southwestern for the final at-large spot.

CSP’s offense was a bit sluggish to start. But their defense was roaring to go. Starting with a safety. The defense swarmed Fredonia’s talented Whitfield Jr at QB, and held a 20-0 lead at the break. One more TD was all that was needed to finish this one off. With the point differentials, CSP would claim the #1 spot in Class C. Southwestern would get the at-large spot while Fredonia was left on the outside looking in. CSP 26, Fredonia 0.

This would set up a matchup between CSP and Southwestern for the semifinals. A matchup deprived from the regular season as Covid reared its ugly head and resulted Southwestern missing the weekend.

We couldn’t stick around long, however, as we had a two hour drive to Wilson for their game at 7pm. Luckily, despite the CSP game running slowly for the first three quarters, the fourth quarter breezed by thanks to the four score margin.

Cut up from Sherman to “Historic” Westfield, and along the thruway to Buffalo. Then, I-290 to US62, and then zigzagging back and forth along route 245 to Wilson. Just a mile or two from the lake shore. Lake Ontario where we were for the Lewiston-Porter game just last week.

This would be the second tiem seeing Wilson. They played a rather entertaining, though fruitless, Sectional Final against Southwestern in 2019. Akron, another northern team from Section VI, would be my first time seeing. Both teams were ‘black and orange’, though, at least from a photographer’s standpoint, the least enjoyable matchup. Wilson was in all black sans the helmets which were plain white with small Lakemen decals, and Akron was in all white sans helmets which were black with the footballish shaped A and orange stripe.

The rain that threatened and spritzed through the pregame had ended. But, it was still a dreary dark game. The lighting at Walter J. Hutchison Field is a bit difficult for photography. For a newly renovated stadium, the lighting was substandard and uneven. The home side had 7 lights on a post, while the visitor side had only 5. Combined with a home team in all black, with no real ‘background’ other than blackness, made the photography difficult. And once it was 22-0, there wasn’t much to shoot. Akron would get one more TD.

But the highlight of the game was definitely the back-to-back goal line stands. Wilson was stopped at the goal line on four downs and Akron had the ball. A tipped passed intercepted by the same defender was returned to about the 3. And then, Akron had another goal line stop. Completely demoralizing any hope of Wilson scoring after that. Akron 29, Wilson 0.

After that, it was a 3 and a half hour drive home. Stopping only in Irving off the Thurway for gas at a Seneca Nation gas station. And we also found a Speedway that didn’t sell coffee, because it had a Dunkin Donuts attached to it. Which wasn’t open outside very short business hours. The rain picked up greatly south of Erie and made the last bit of drive home annoying.

Total for the weekend was 627 miles driving, and only $122.34 for expenses. The hotel was ridiculously cheap. Only real expense was Phil-N-Cindy’s, with tip was $25. The rest was McDonald’s and a Chinese Buffet that was actually operating as a buffet. Gas was minimal and prices were cheap thanks to gassing up in Salamanca and Irving. 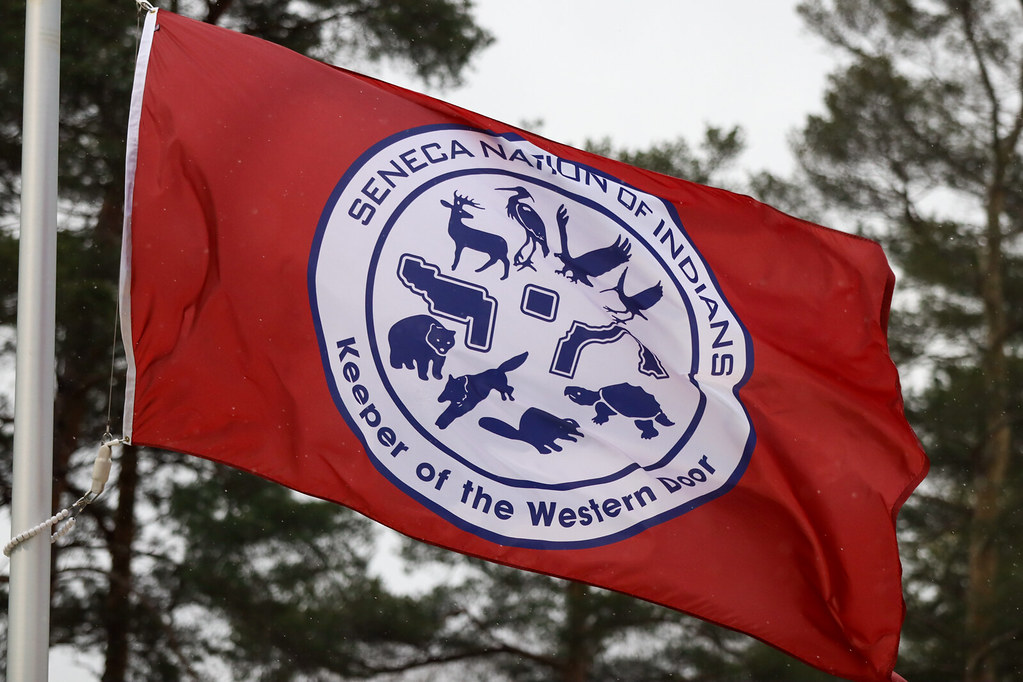 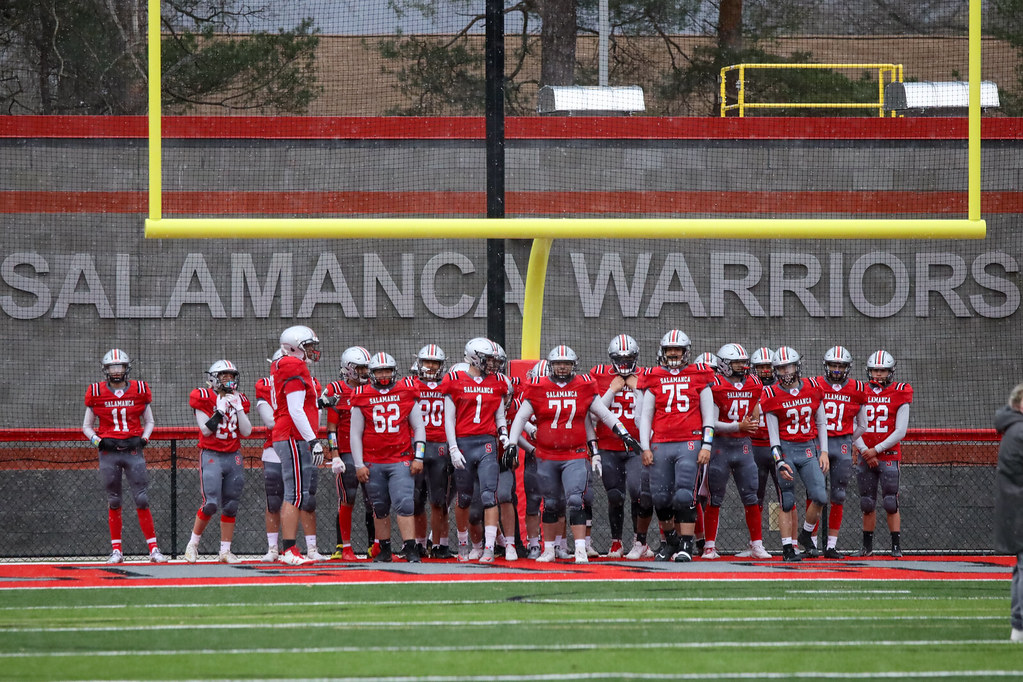 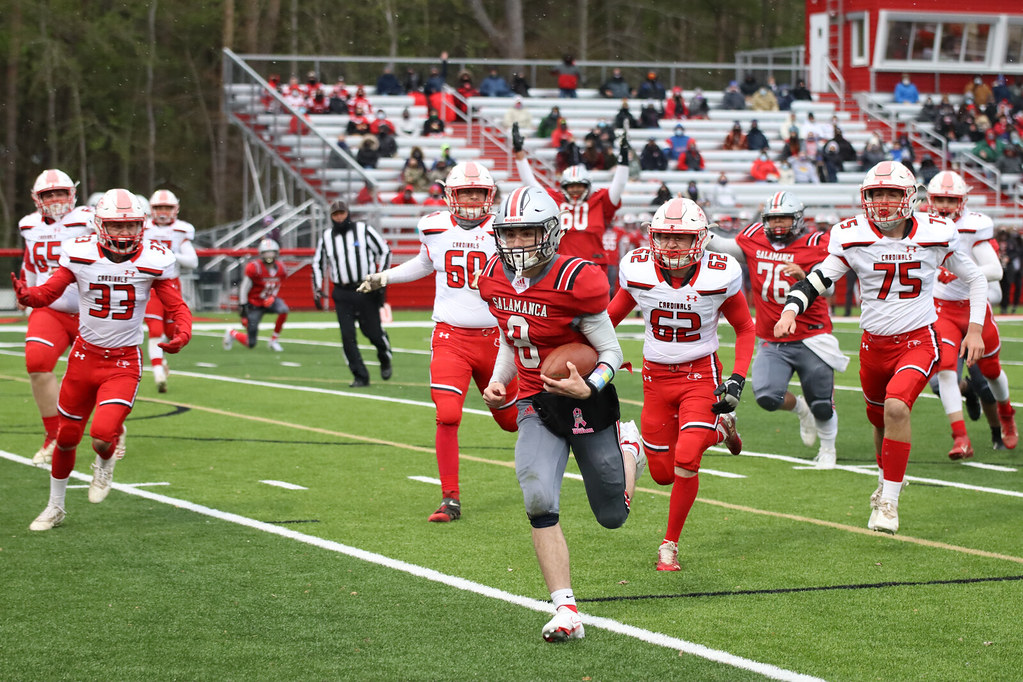 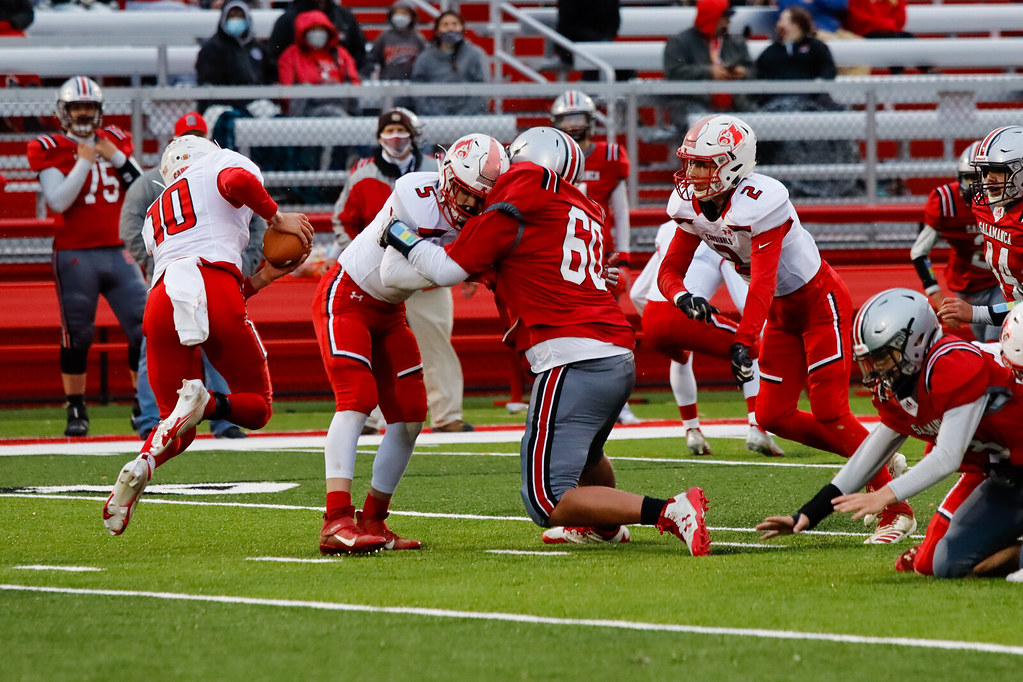 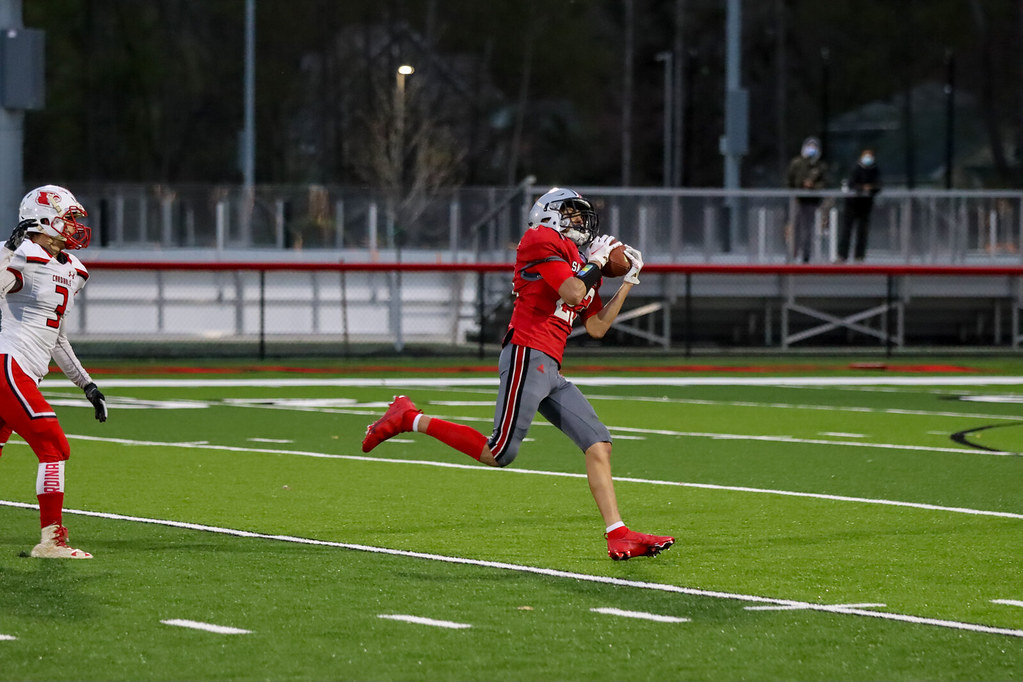 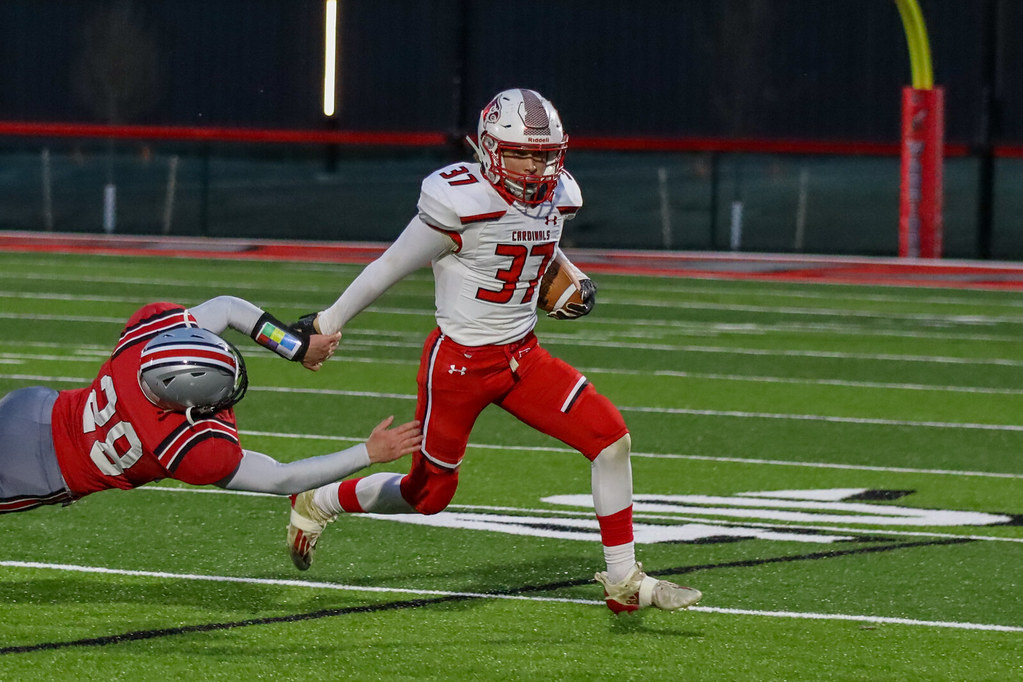 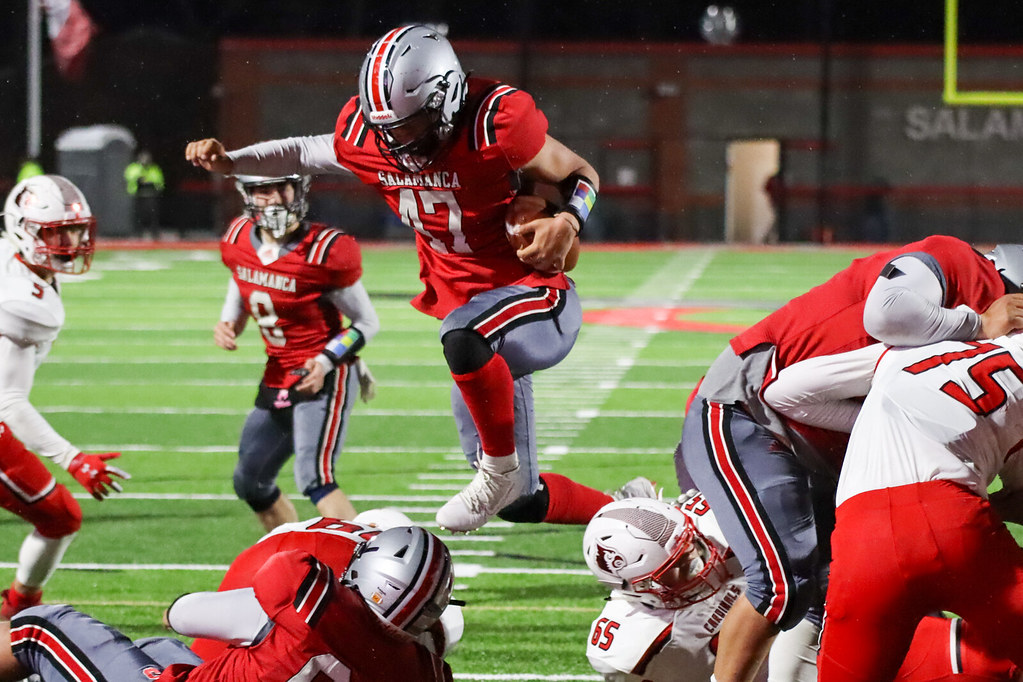 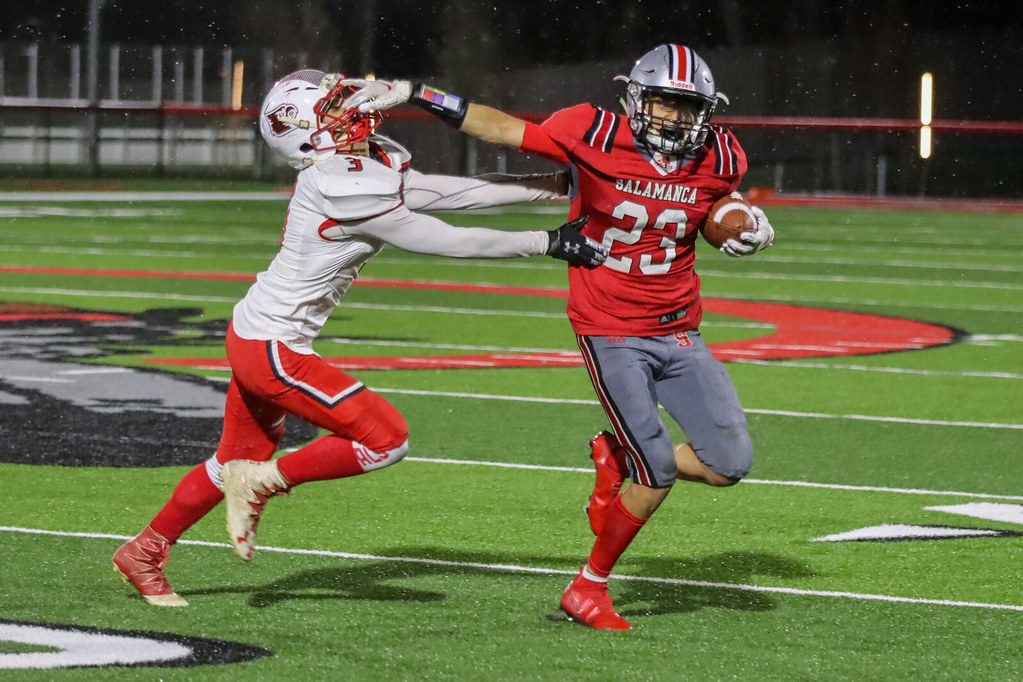 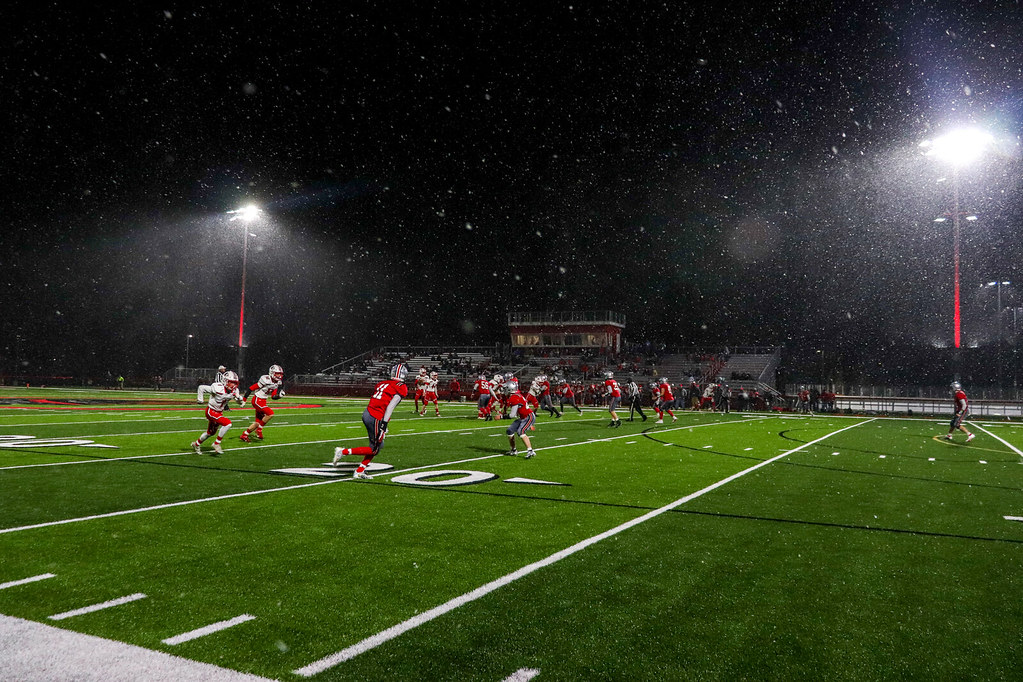 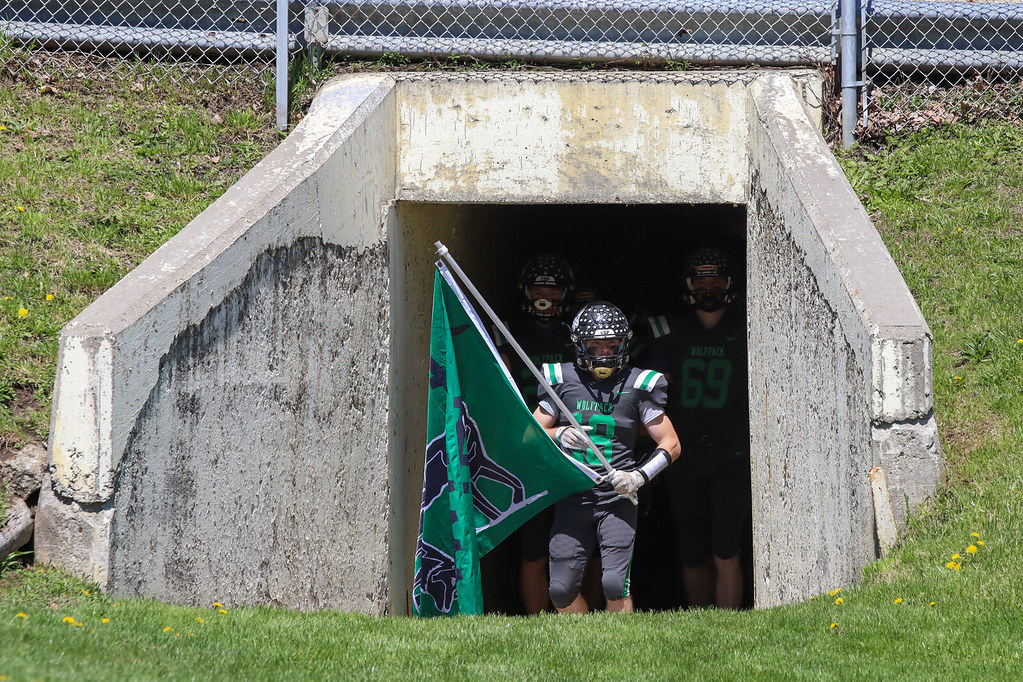 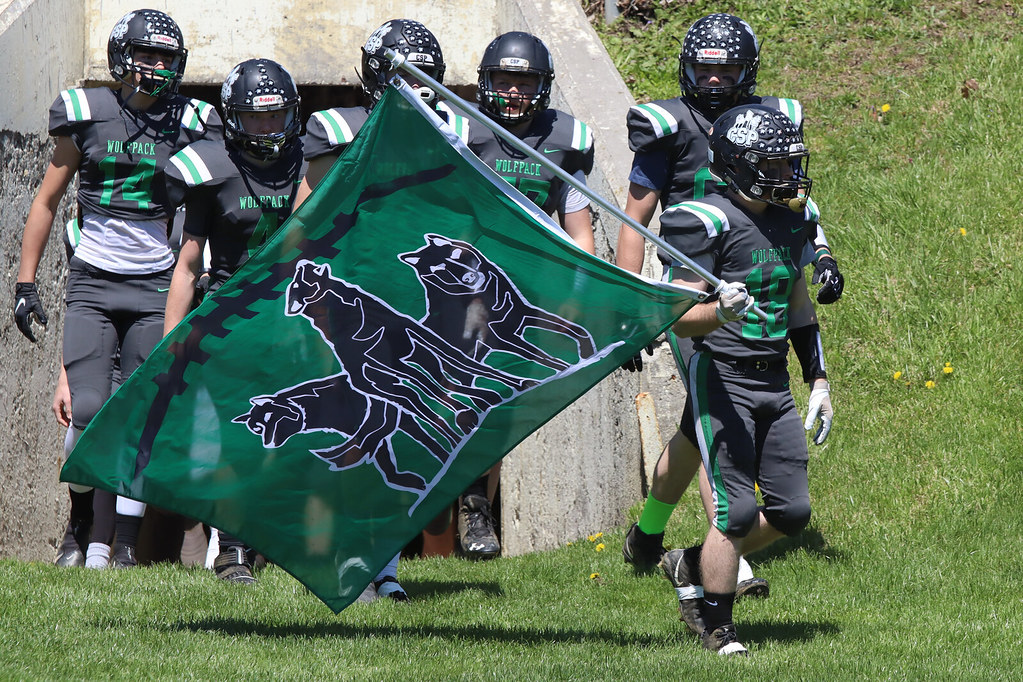 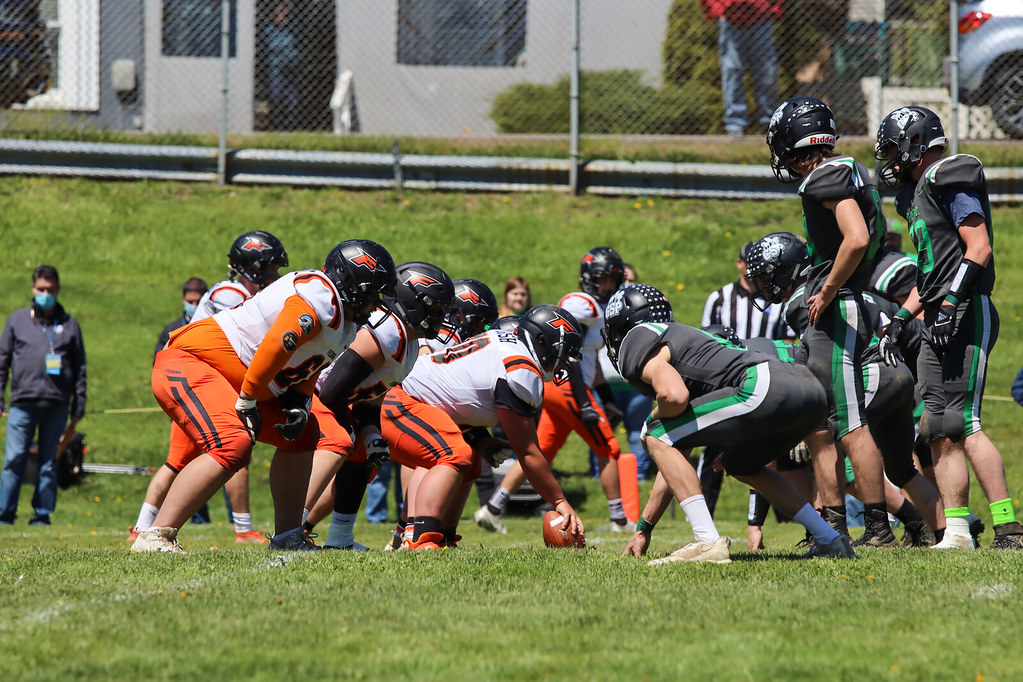 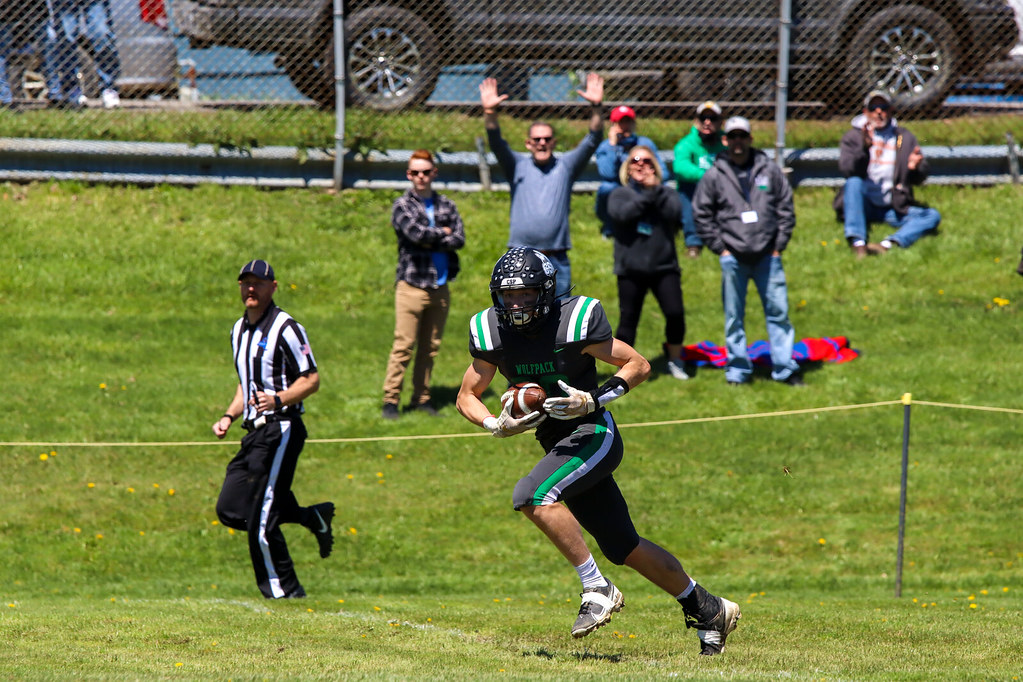 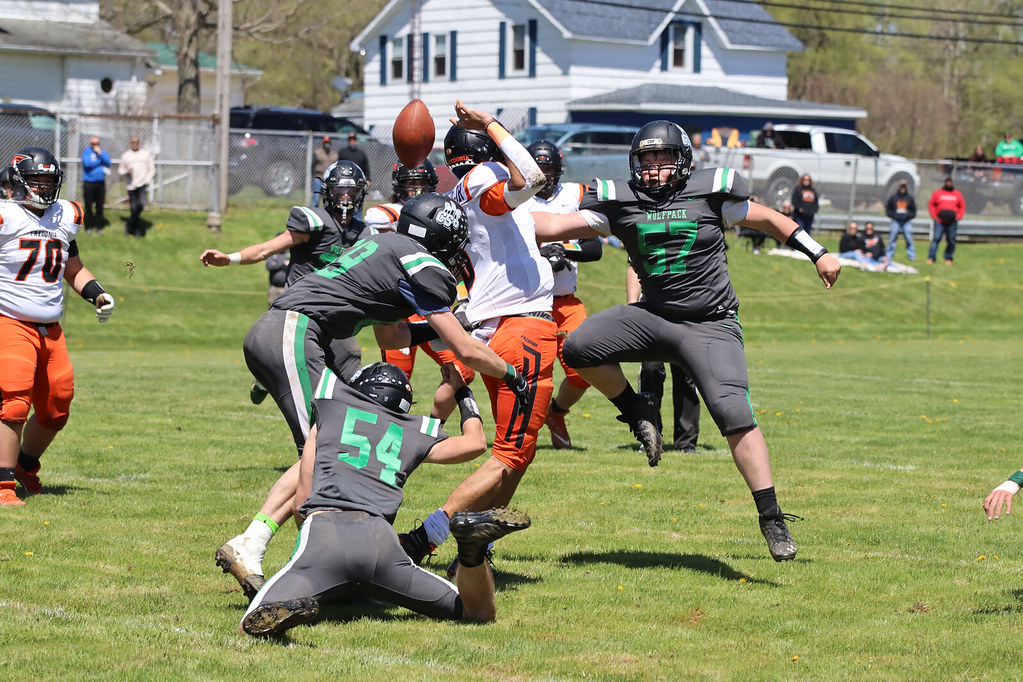 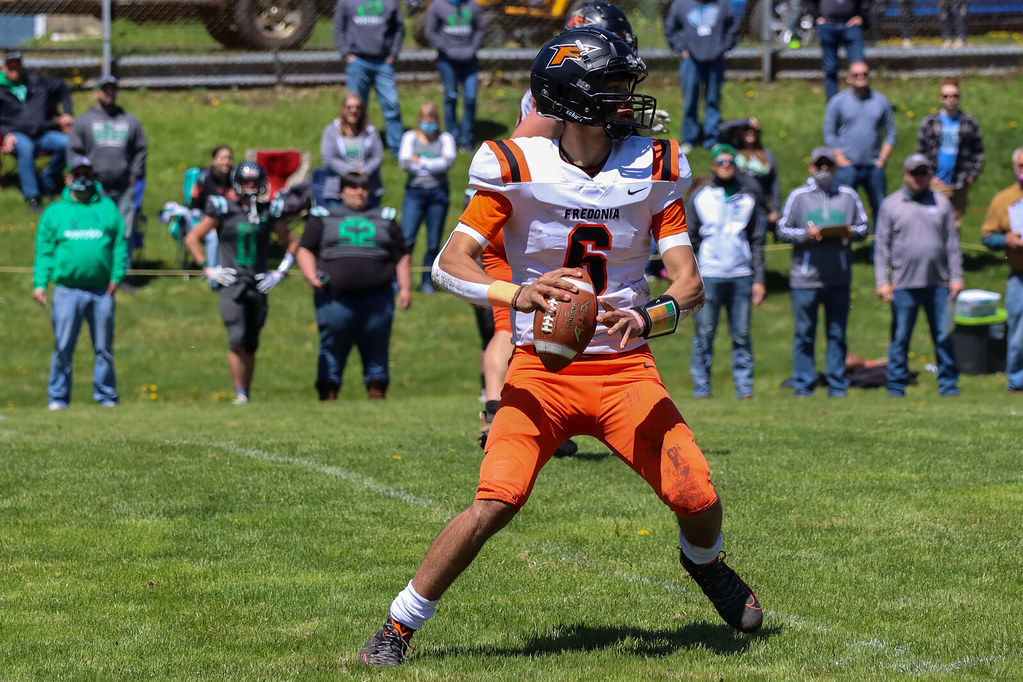 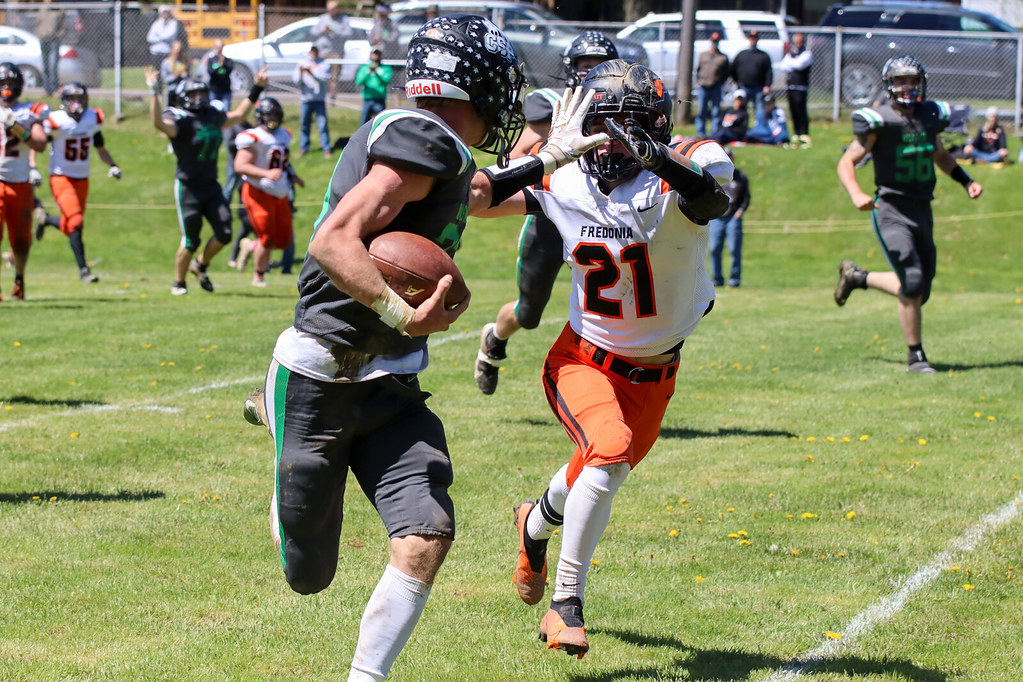 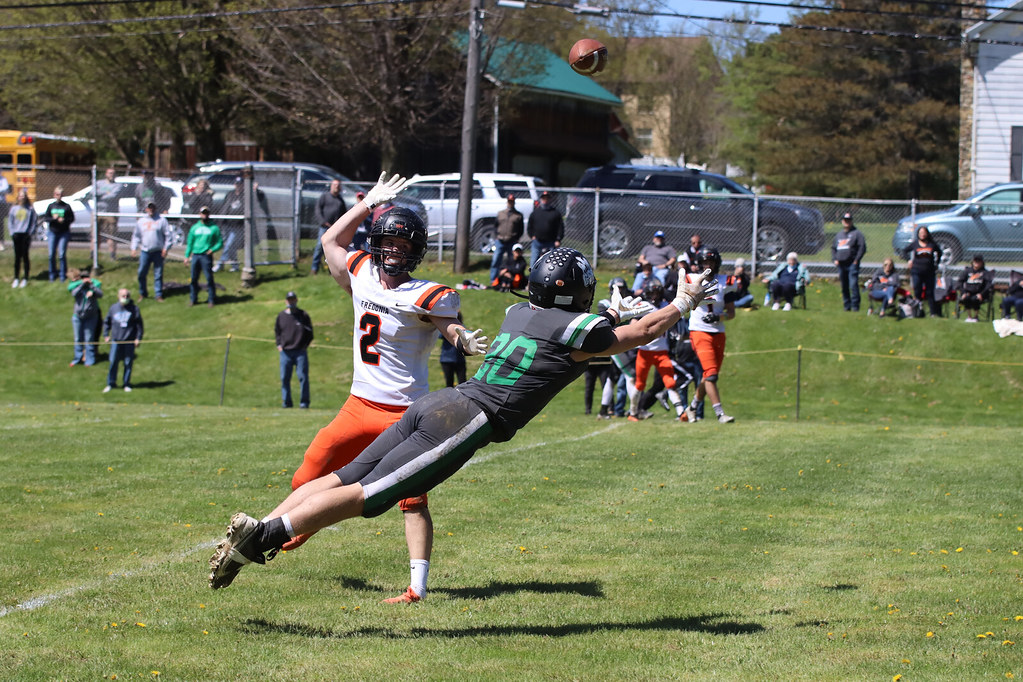 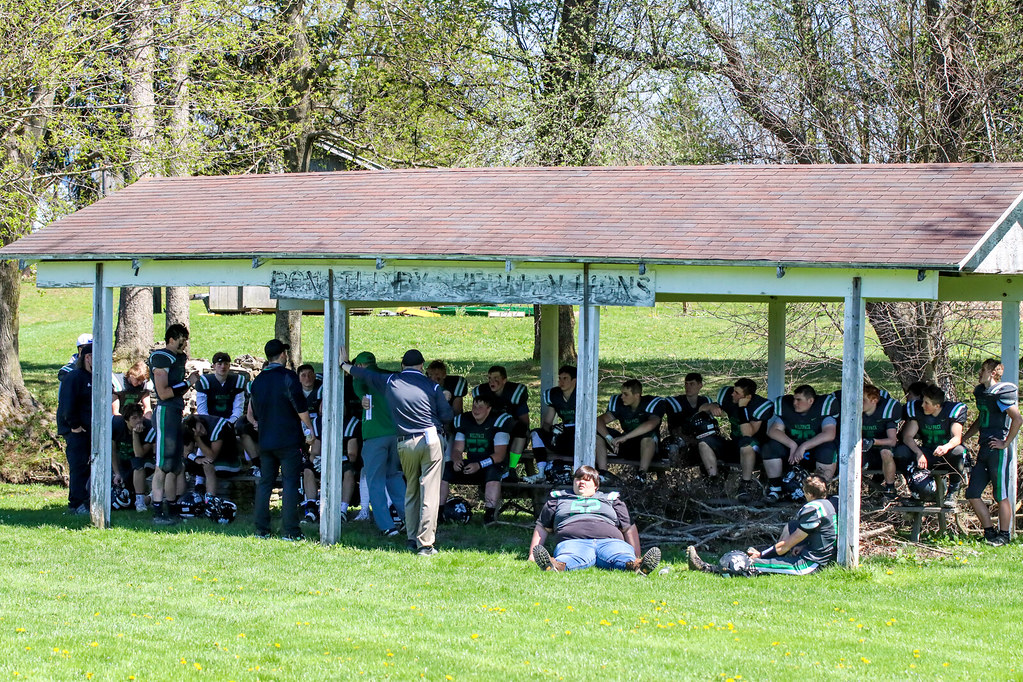 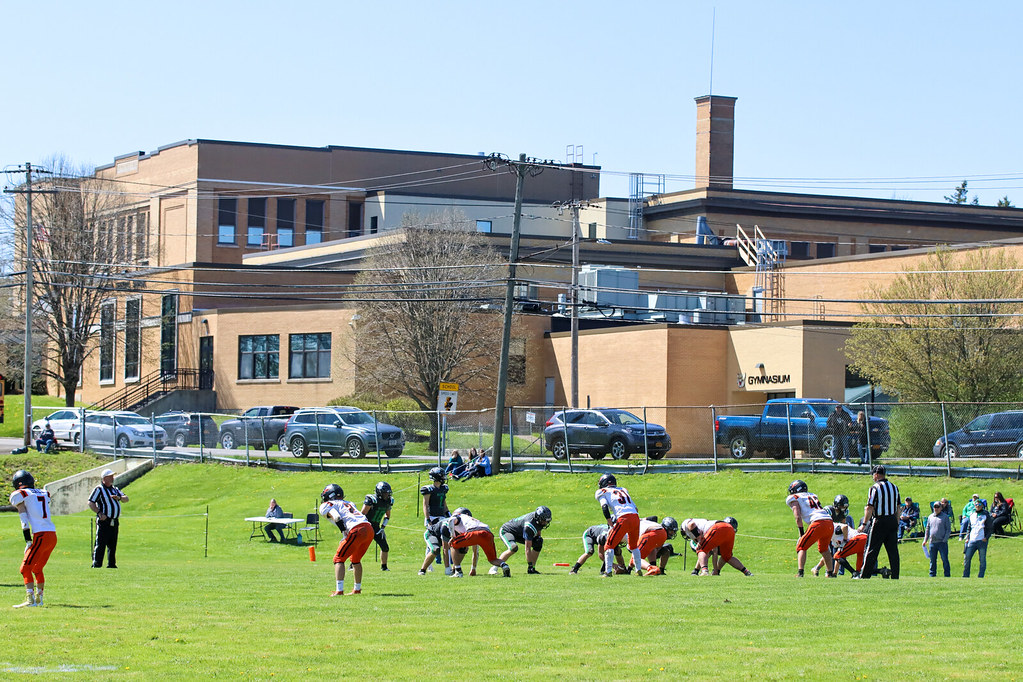 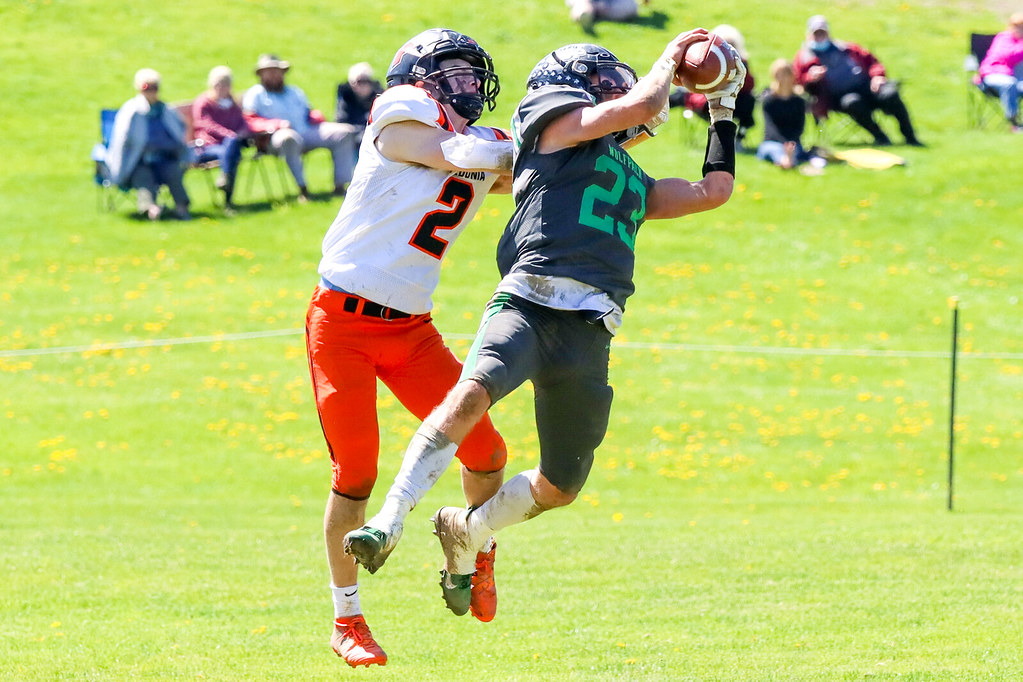 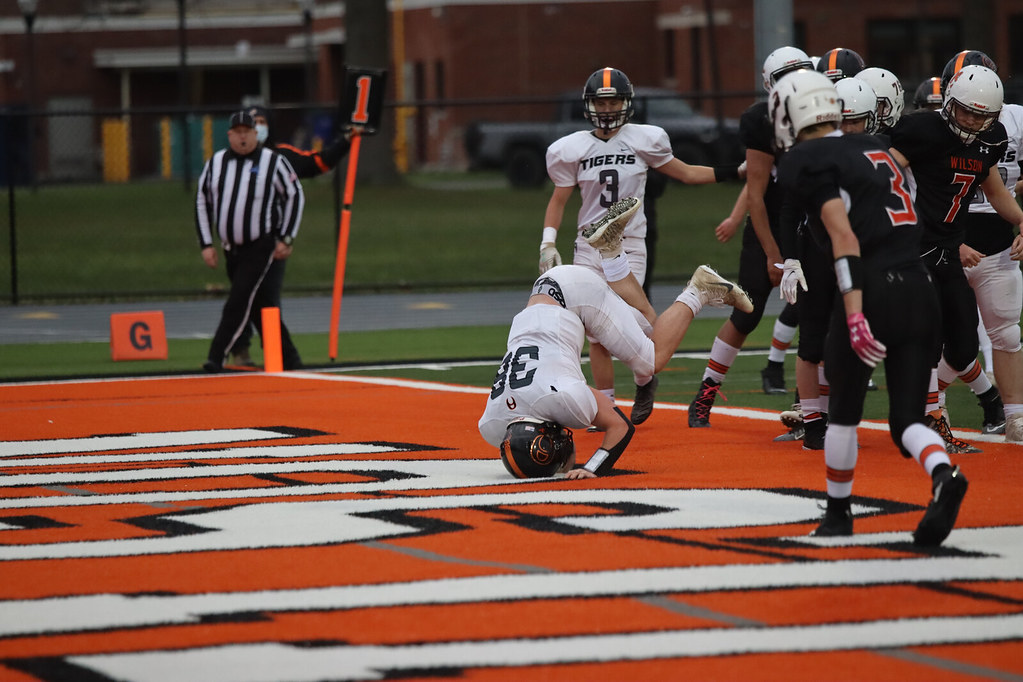 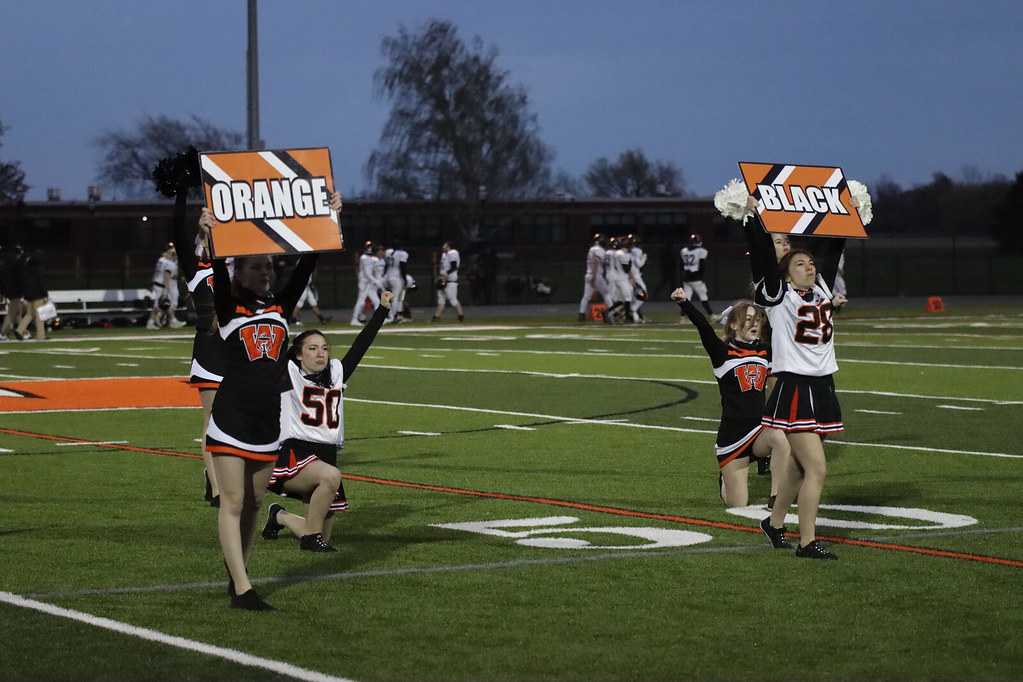 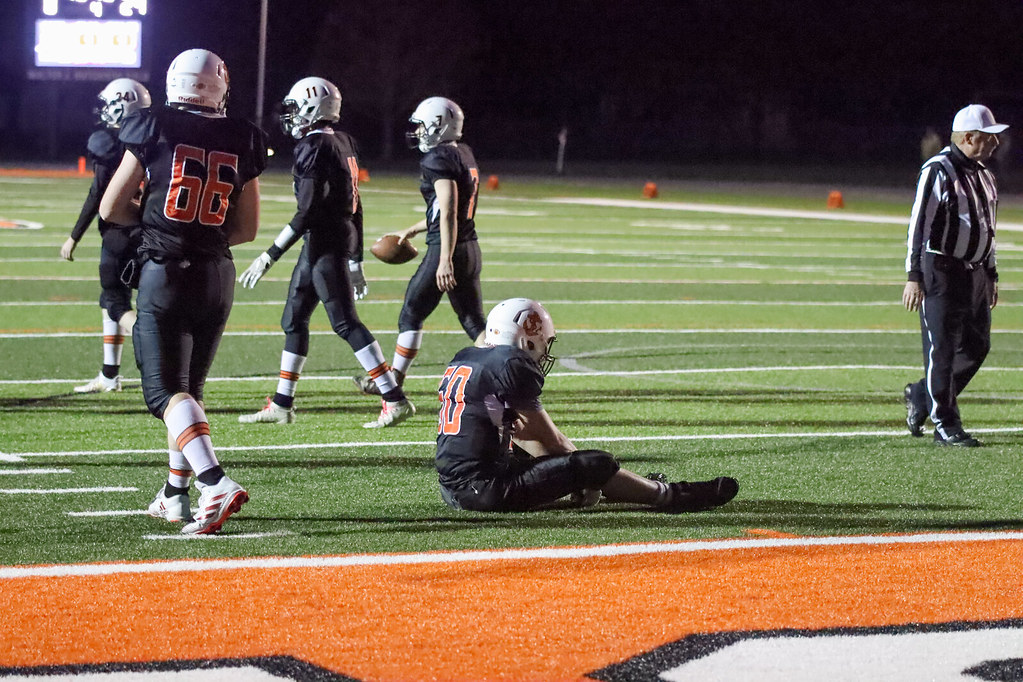 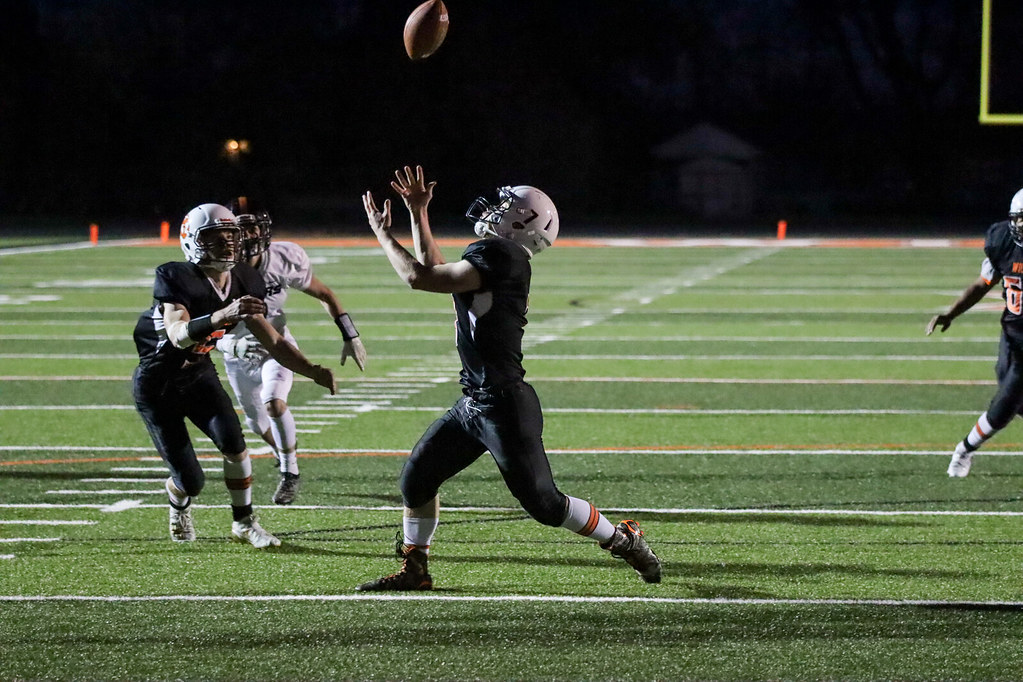 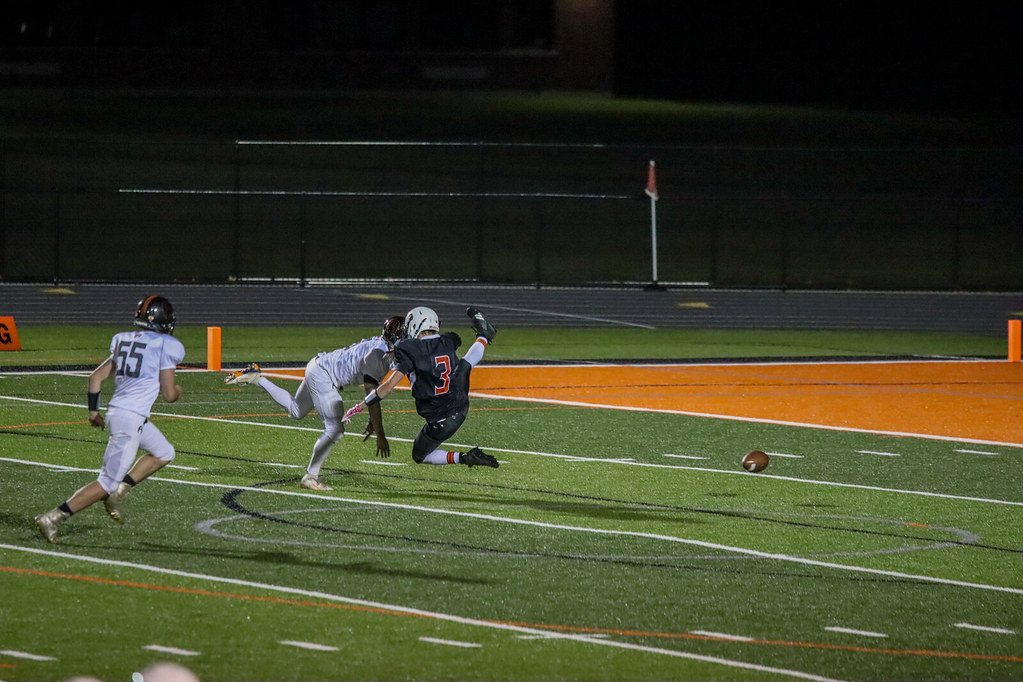 It starts tonight, actually. With consolation games and other non-playoff games in New York. Some wind up with strange schedules. Such as a Wednesday night game in the Chuck Funke Bowl. Akron hosts Lackawanna, but the game is at the blue turf of Alden Sports Complex. Then, it’s back to New york on Friday for a Class B playoff game in Elma between the host Iroquois Chiefs and the visiting Olean Huskies. Saturday is a single game, in Clymer, between CSP and Southwestern in a Class C heavyweight showdown. And Sunday night is a single game between Portville and Salamanca in the Class D playoffs. Of the eight teams, Lackawanna is the only new team for me. Having just seen Akron last week. Three new stadiums, however.