This week was supposed to be much different than what it turned out. I had planned a weekend in New Jersey for the 11-game Battle at the Beach in Ocean City. I had arrangements made a few months in advance and had a great rate for a hotel to make it worthwhile. However, while in Georgia, the hotel cancelled my reservation. Hotels.com was useless as they claimed since I wasn’t charged anything for the room, there’s nothing wrong with them cancelling. However, they didn’t cancel due to overbooking or a clerical issue. It was because with the COVID-19 protocols loosening in the Garden State, that they could now charge more. Much more. Almost four times more than I had originally booked. And with last minute rates ridiculously high, I made the decision to not make the trip to New Jersey.

A lot different than originally planned. But 4 fun games to cover. A nice mix. @PaFootballNews pic.twitter.com/ciR3Rk82xR

So, with local plans already made among PFN, I just stuck with some tried and true local options. Thursday was a planned 8-man game at Danbury on Marblehead Peninsula. However, that game was cancelled. So, with no real close options, I decided on a trip to Steubenville’s famed Harding Stadium. A place I’m all too familiar with. I didn’t go as a reporter or photographer, just a fan in the stands with my daughter who went with me. Sat on the visitor side for the $8 tickets for the two of us. And paid the reasonable $3 parking at the church across the street. Foregoing the longer walk from the Kroger lot for $2.

This was my first time seeing New Philadelphia. Which I was actually surprised I hadn’t seen previously. It wasn’t really projected to be a close game. And the projection was true. Steubenville slowly ground them away with a steady passing attack and hard running. Their defense was a bit lacking in fundamentals, but it didn’t affect them in the least when it came to their opponent. New Philly did score late in the game to make it, 41-7 Steubenville. It was an enjoyable evening with my daughter.

After getting home, I did get one new place in. And a new team. Driving up to visit my parents and then continuing on to Erie and east to Wattsburg for Seneca’s Bob Diffenbacher Field which just got field turf and is a great venue.

I’ve seen Northwestern in the past. But the few times I had a chance to see Seneca something happened. One time Greenville was scheduled to host them and I didn’t go to the game. And another time I had planned to visit them and they had cancelled games due to low numbers. Northwestern being the defending region champ, this wasn’t expected to be a close game. A quick 20-0 lead after twelve minutes certainly didn’t look good. But Seneca made it interesting. Holding them scoreless in the second frame and having a large drive stall inside the 5 yard line that could’ve made it competitive. Northwestern added two second half TDs and took the doubt out of the game. But it wasn’t the drubbing it could’ve been. Seneca persevered and never gave up. Finally getting in the endzone in the fourth on a long TD pass. Northwestern would win, 35-6.

Headed back home and got ready for one of my shortest Saturdays, possibly ever. Even with a quick stop over to Boardman, I was up in Hermitage just off the Shenango Valley Fwy for the Kennedy Catholic v. Mercer game at Butala Stadium. This was my second time ever at the little stadium behind Kennedy Catholic. Many years ago, I attended the game against Conneaut Valley. A school that no longer exists. As it was merged into Conneaut with Linesville and Conneaut Lake.

This afternoon I am in Hermitage, PA for a District 10 game between the Kennedy Catholic Golden Eagles and the Mercer Mustangs. Kickoff set for 1pm at Butala Stadium. #12 @PaFootballNews @tcjones2007 pic.twitter.com/7gFmcqFKmT

This ended up being a game to remember for all the wrong reasons. The weather was miserable. A blistering sun seemed to bake the field and with very little relief from wind and shade. Only a few trees in the southwest corner became the lone refuge. I did get two waters near halftime. But that didn’t help much. And there was a rather gruesome injury midway through the first quarter that delayed things about a half hour. Additionally, Mercer was a much better team than a rough around the edges inexperienced Kennedy Catholic team. But they weren’t showing it on the scoreboard. Eventually edging their way to a 39-0 lead and to start a running clock early in the third quarter. And then it all fell apart. Kennedy Catholic scored quickly to end the mercy rule, and early in the fourth to start some intrigue. But a long drive being stopped essentially won it for Mercer, 45-16.

I had anticipated a chance to go sit down to eat somewhere or even driving home to wait before the drive over to Neshannock. The glacial pace of the early game, including the injury timeouts, made that an impossibility. Instead, I headed straight to Neshannock and only stopped for a burger at McDonald’s with some tea.

Tonight I'm in suburban New Castle for a Saturday night rivalry between the Neshannock Lancers and the Shenango Wildcats. Kickoff set for 7pm at Bob Bleggi Field. #13 @PaFootballNews @AJWPIAL pic.twitter.com/EG3dcjU9RL

I’m well acquainted with Neshannock. Having seen a game there last fall on a Thursday night when they hosted Mohawk. The Neshannock-Shenango rivalry is a fun one. And I was looking forward to a good game even if nothing new about the matchup.

It was fun seeing a full crowd for the first time in PA. A big matchup on a Saturday night would do that. Neshannock would give up a quick safety on an errant punt snap. But that 2-0 lead for Shenango wouldn’t last. After going up 8-0 early in the second, Shenango’s luck would run out. Neshannock would score twice in the 2nd, once in the 3rd, and then ran away with it with 3 more scores in the 4th. Just decimating the Shenango Wildcats. Neshannock would win, 42-8.

After that I made my way home. Only 69 miles driven for the entire day. Not sure I’ve ever had a shorter Saturday than that.

The next day, though, was a fun one. I’m sure by now you’ll all heard about Bishop Sycamore. I knew of the scam they were trying to push, but I really wanted to just see it happen. The loss to IMG was going to be epic. And up until I got in my car Sunday, I hadn’t confirmed I’d go. I went just as a fan as I heard nothing back from the Hall of Fame Village about press.

So, for $10 I just sat in the stands to watch it all unravel. And got to see the new Tom Benson Hall of Fame Stadium.

I really struggled with even counting this game in my list. After all, I knew going in that Bishop Sycamore was a scam. And my opinion of IMG is not much higher. At least they’re honest about what they are.

However, I decided that odds are most of the ‘kids’ are still high school age. So, I’d go with it. Plus, it makes it funnier to have them permanently listed in my ground of ‘teams’ I’ve seen play while they were still keeping the guise of a school. It was a bloodbath. IMG could’ve scored so much more. But it was reserved with their offense after a huge lead from the jump. Also a steady running clock in the second half rarely stopped and helped propel the game to conclusion. IMG 58, Bishop Sycamore 0.

For the entire weekend, I drive 532 miles and only spent $106. $21 of that was just tickets, parking, and raffle at Steubenville. The other ticket was $10 at Tom Benson in Canton. 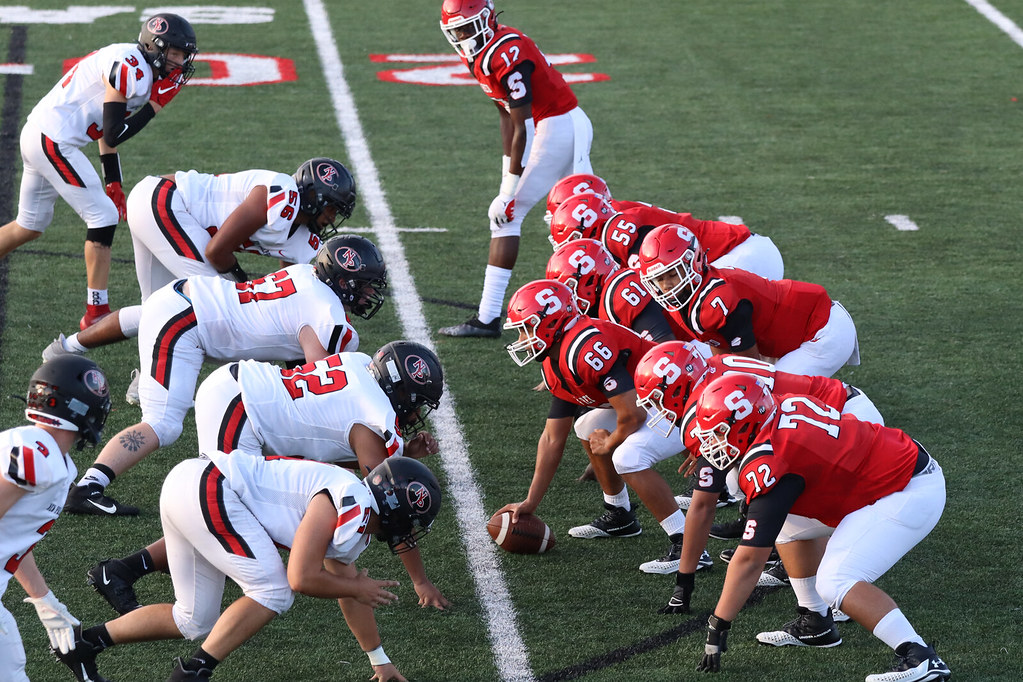 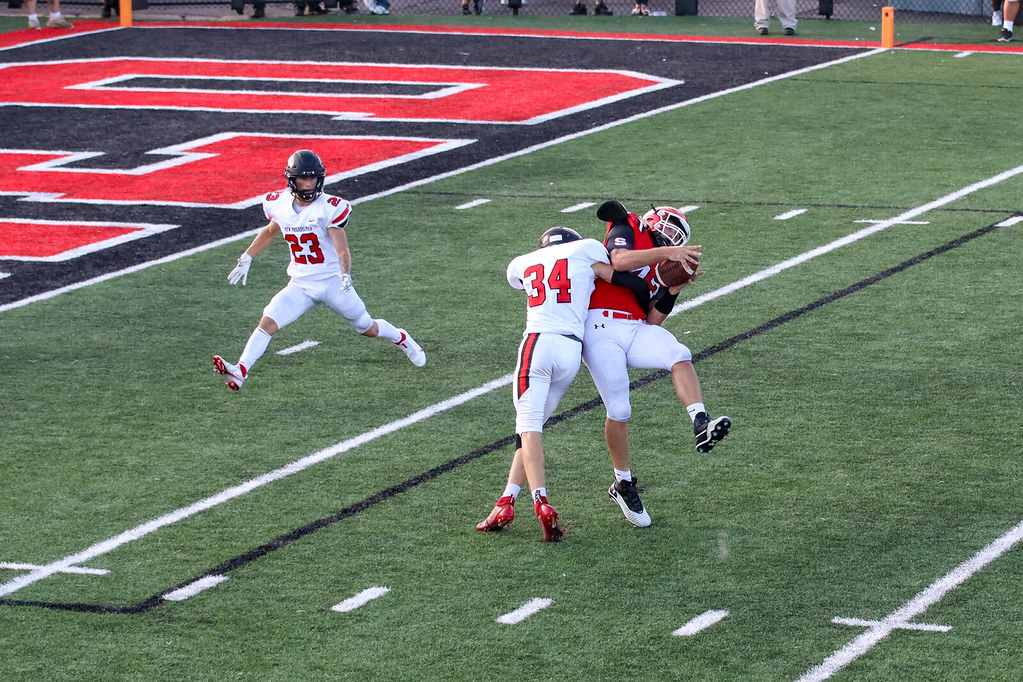 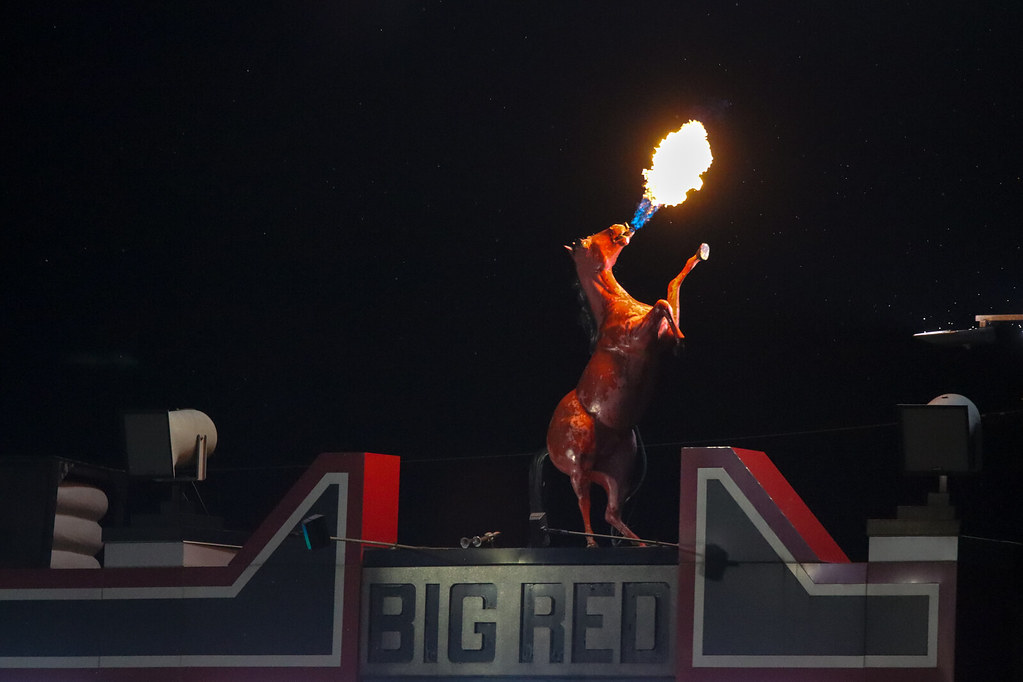 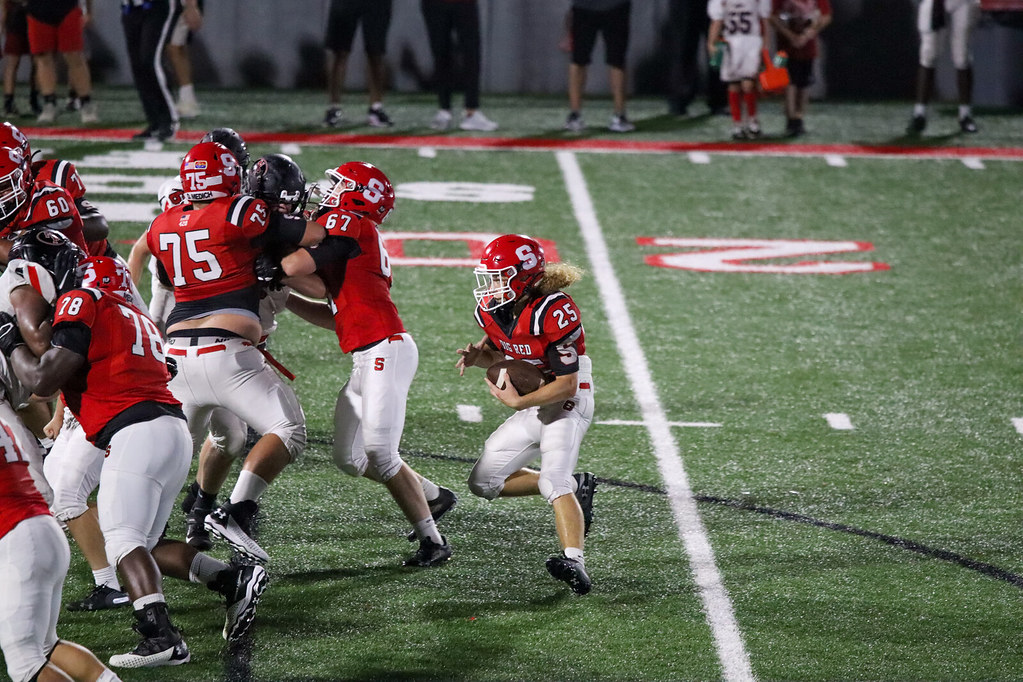 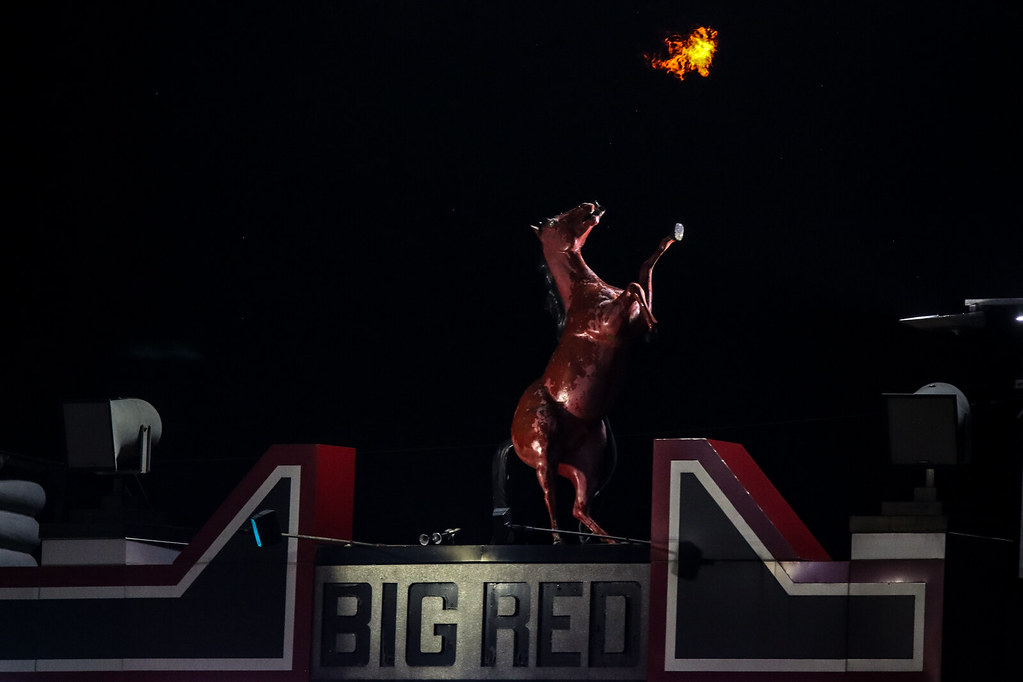 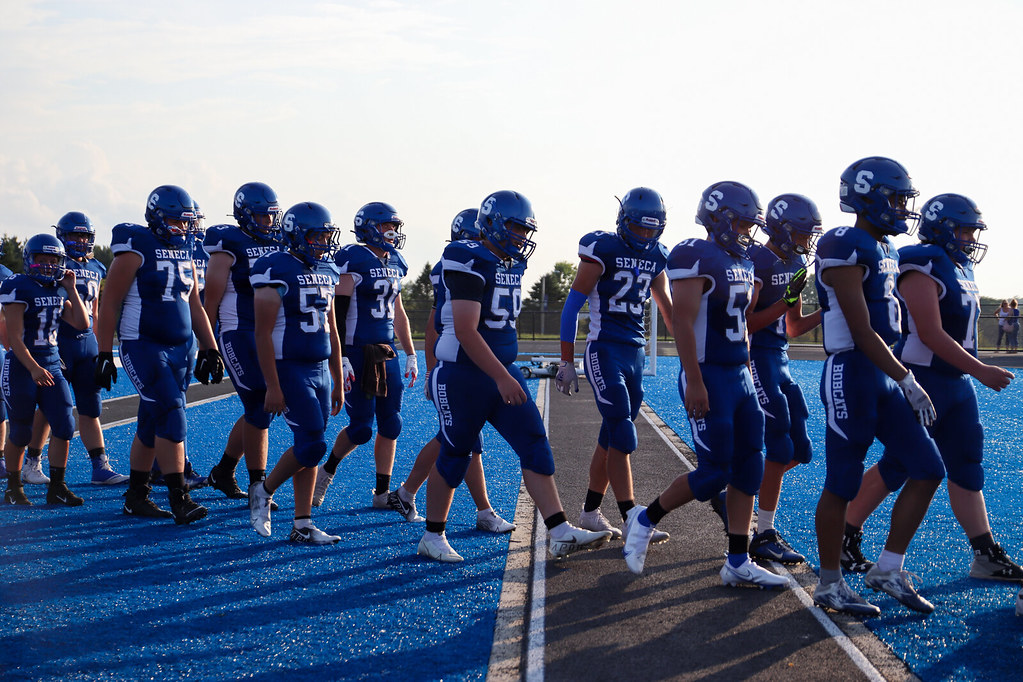 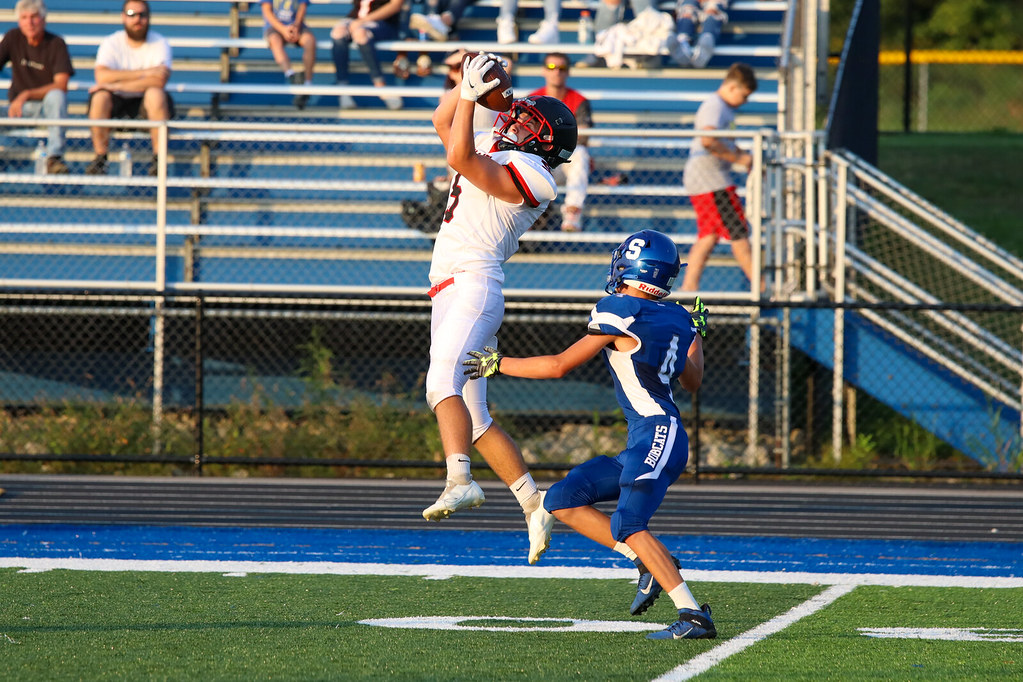 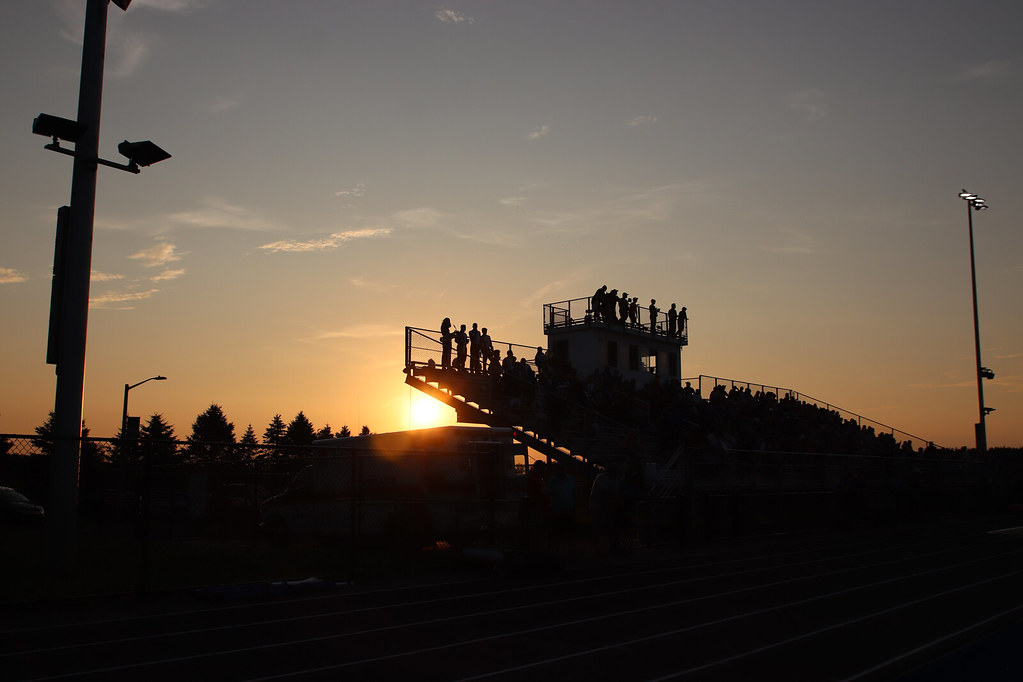 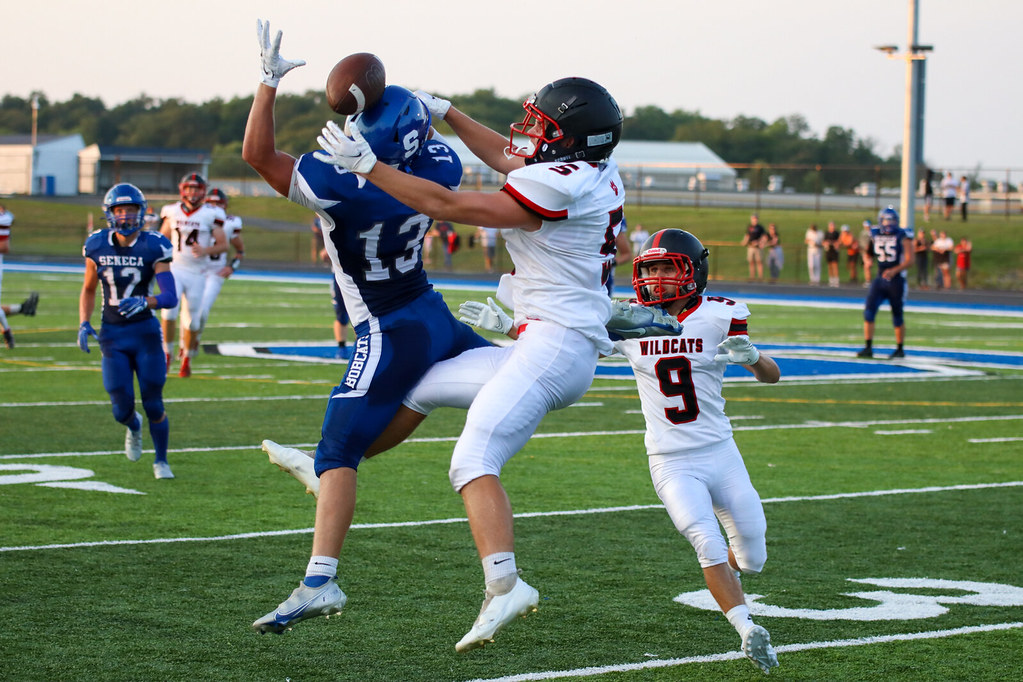 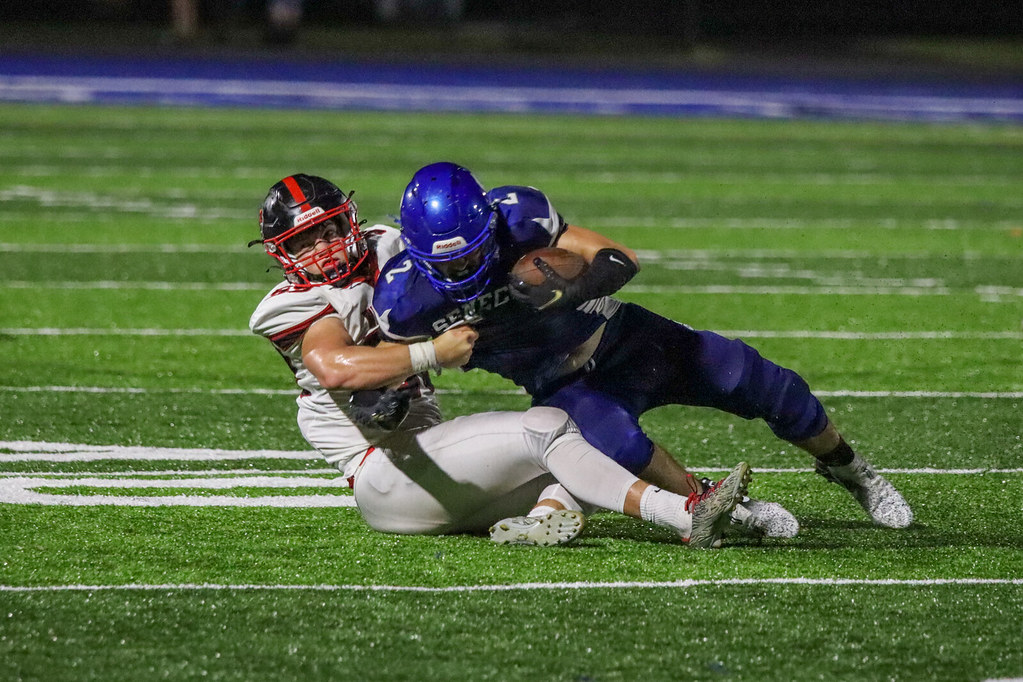 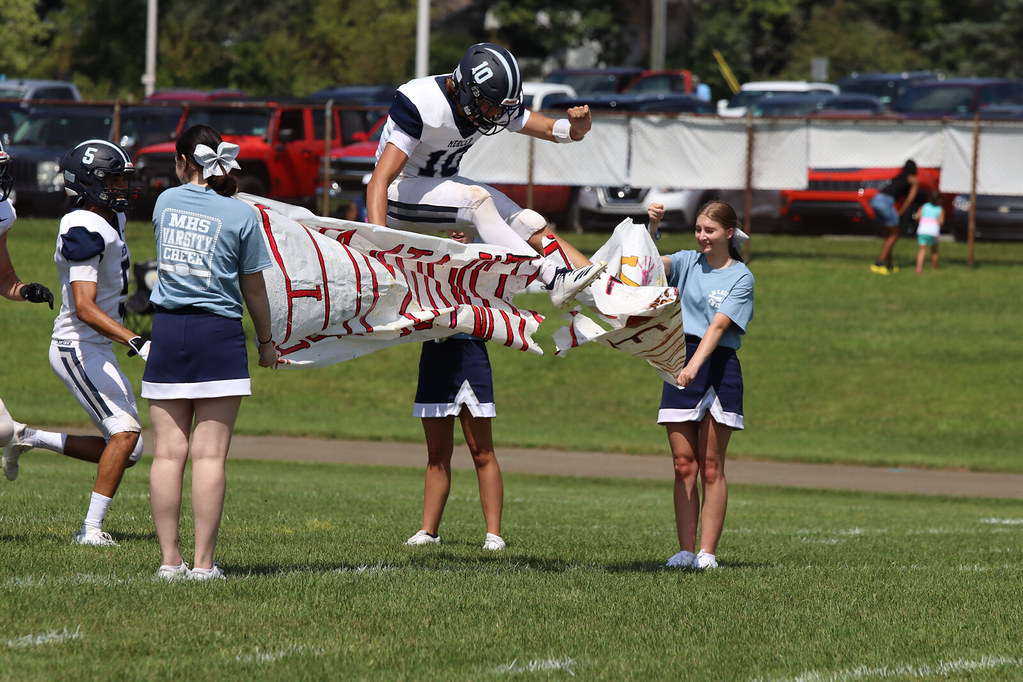 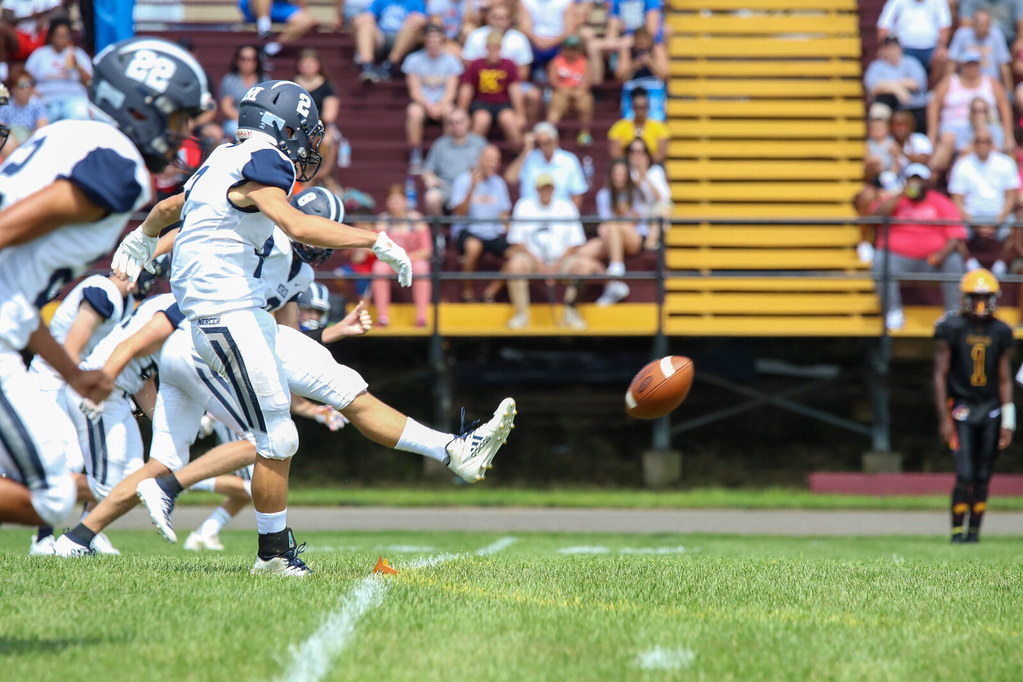 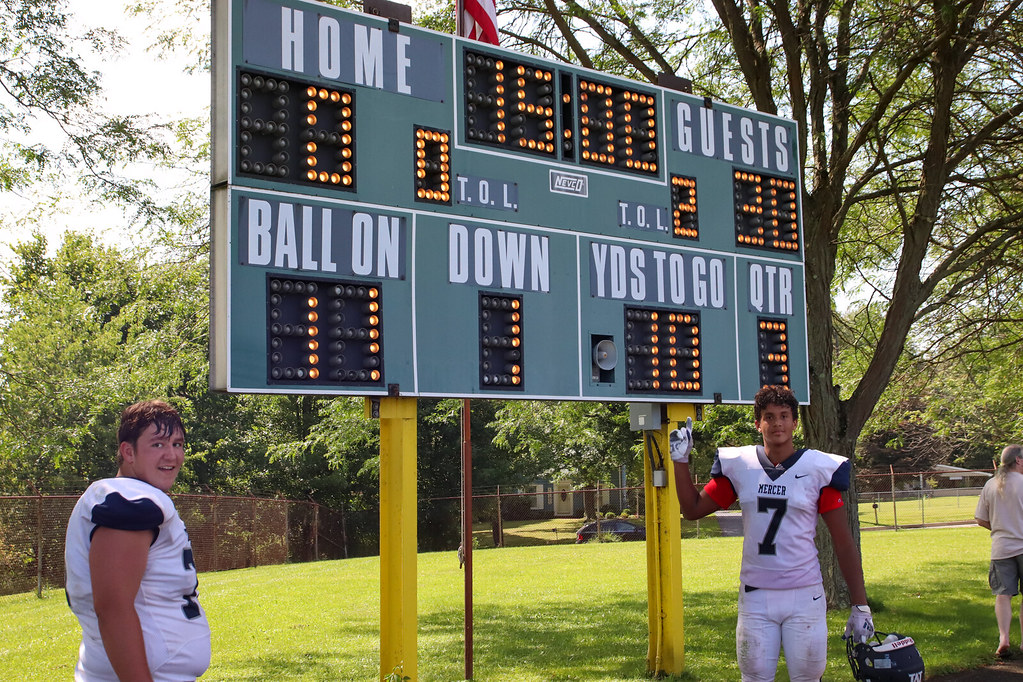 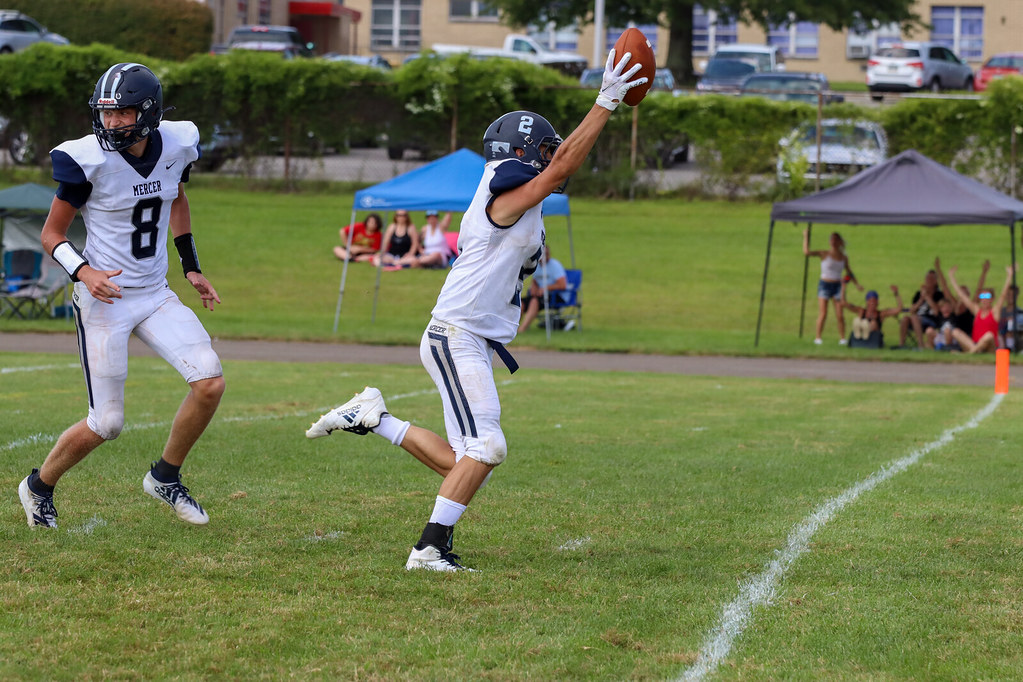 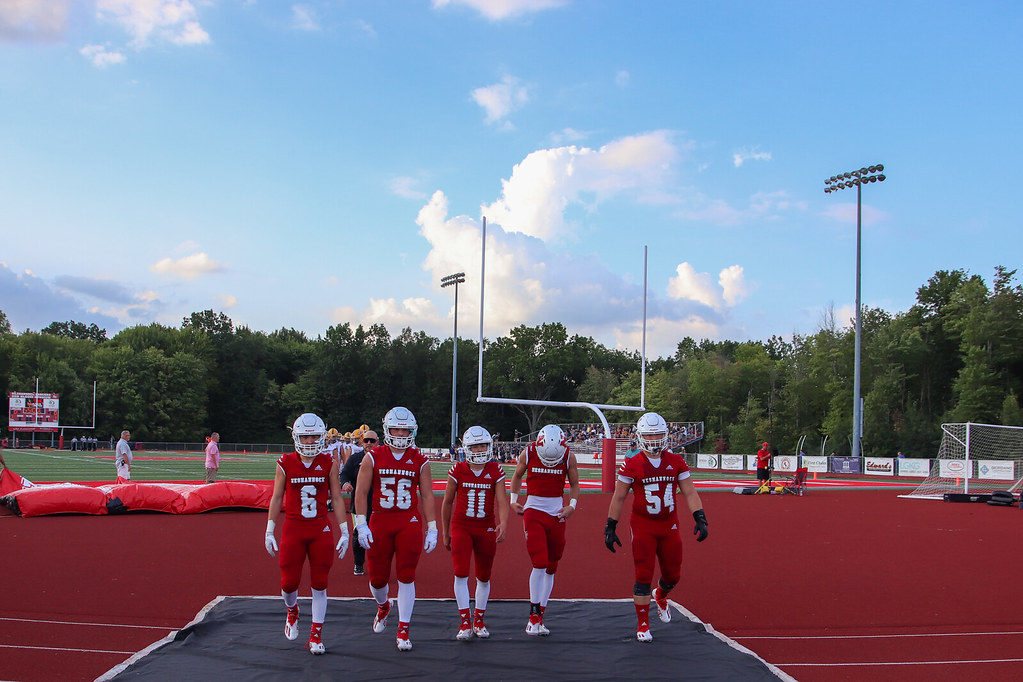 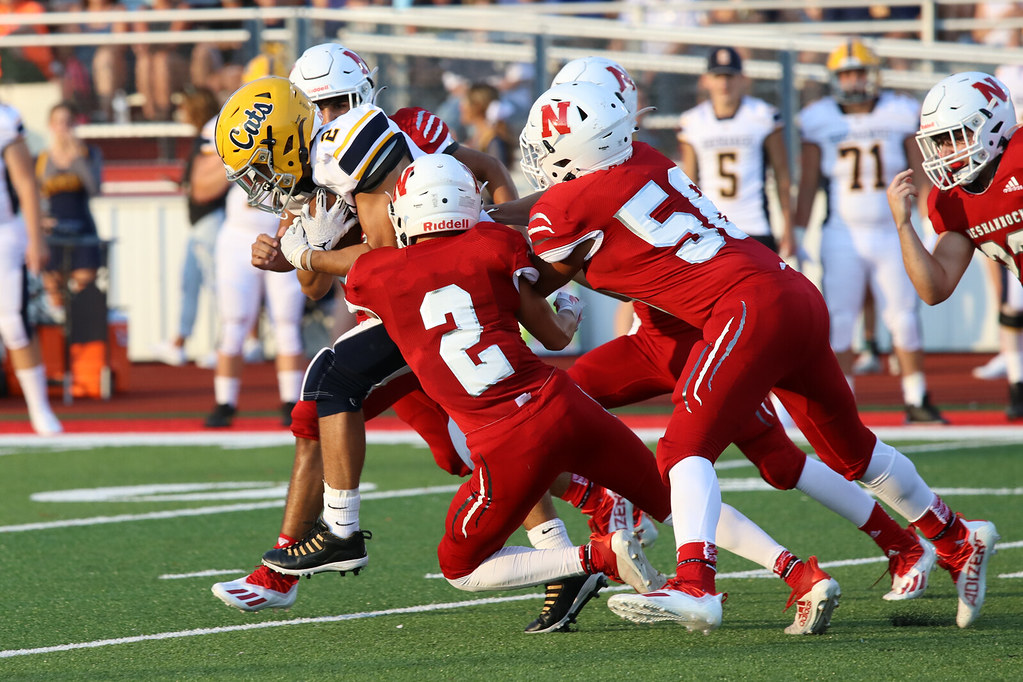 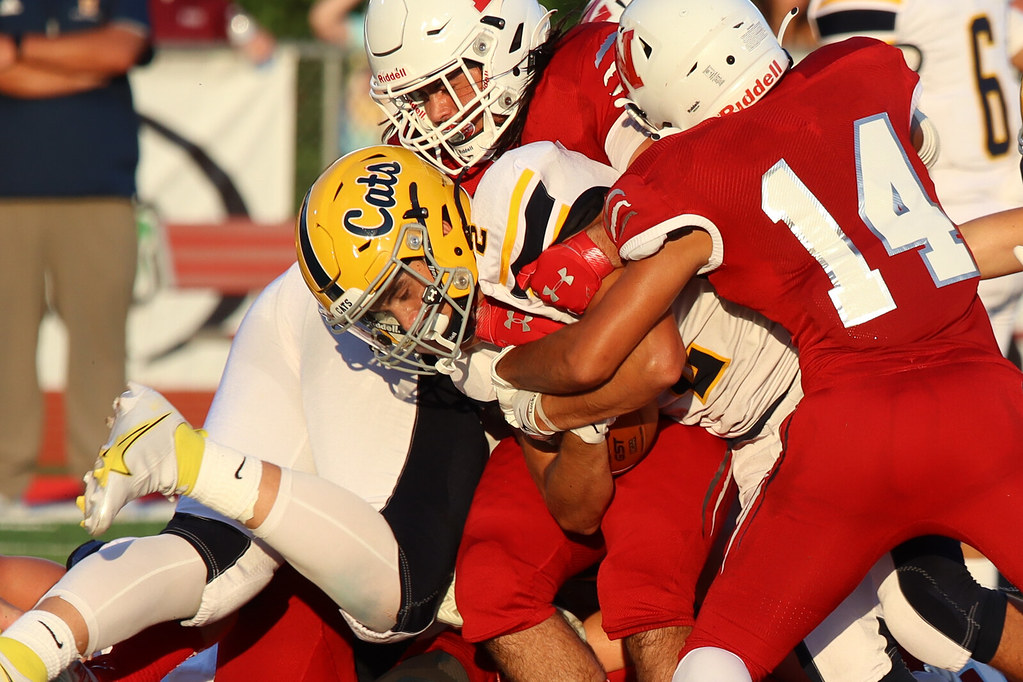 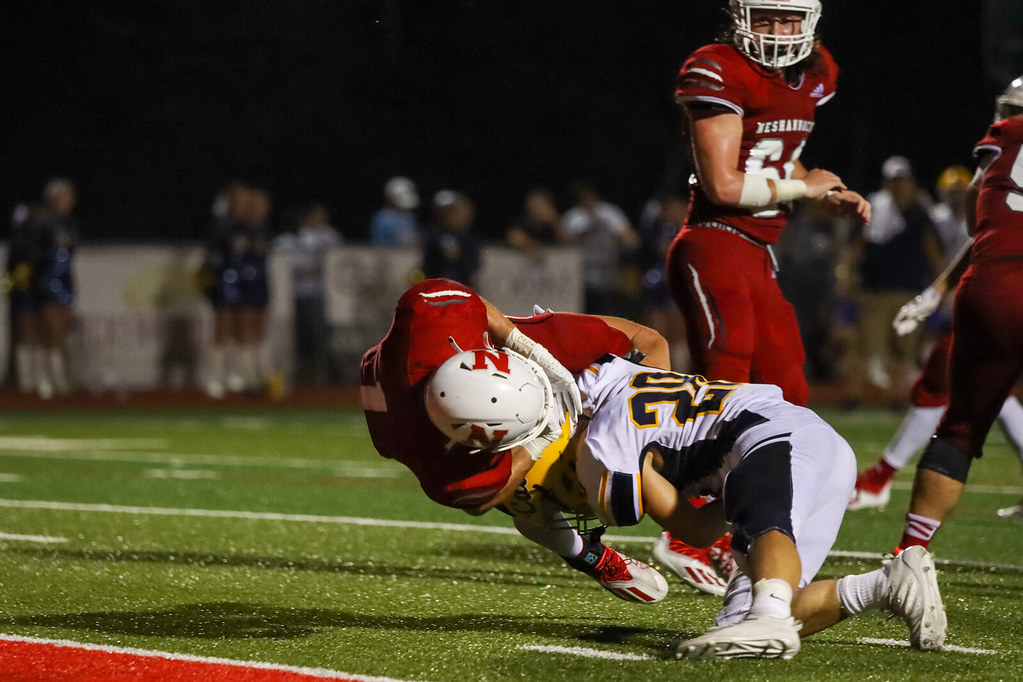 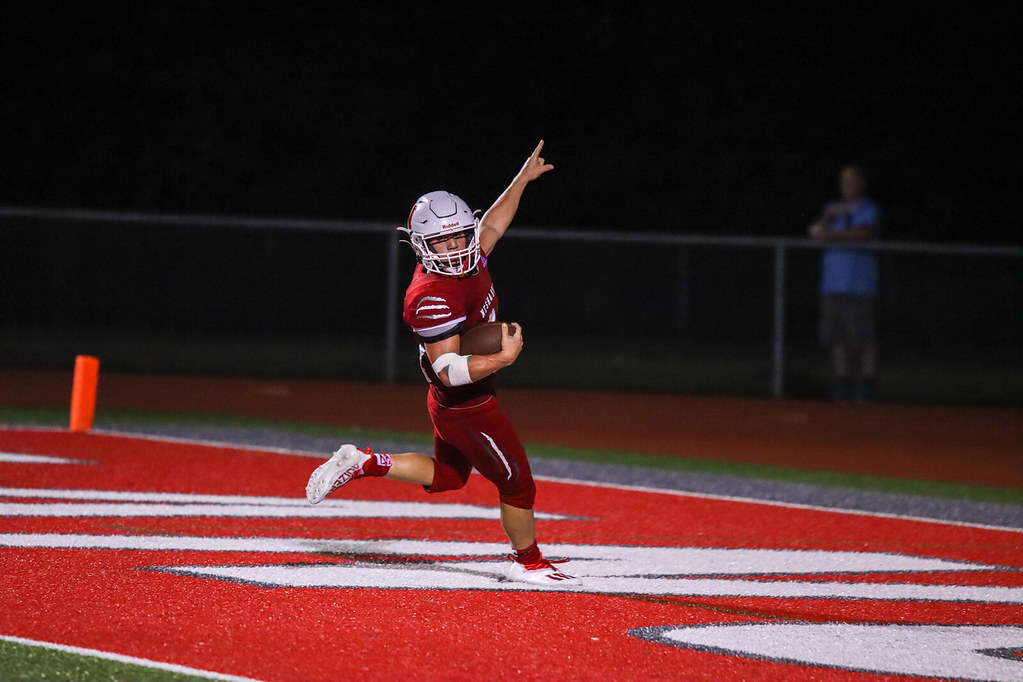 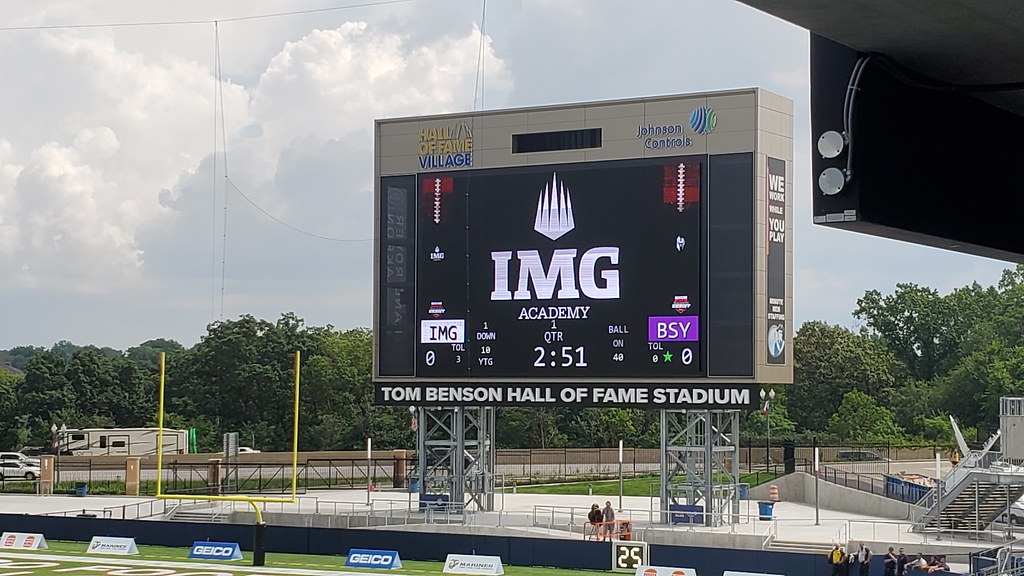 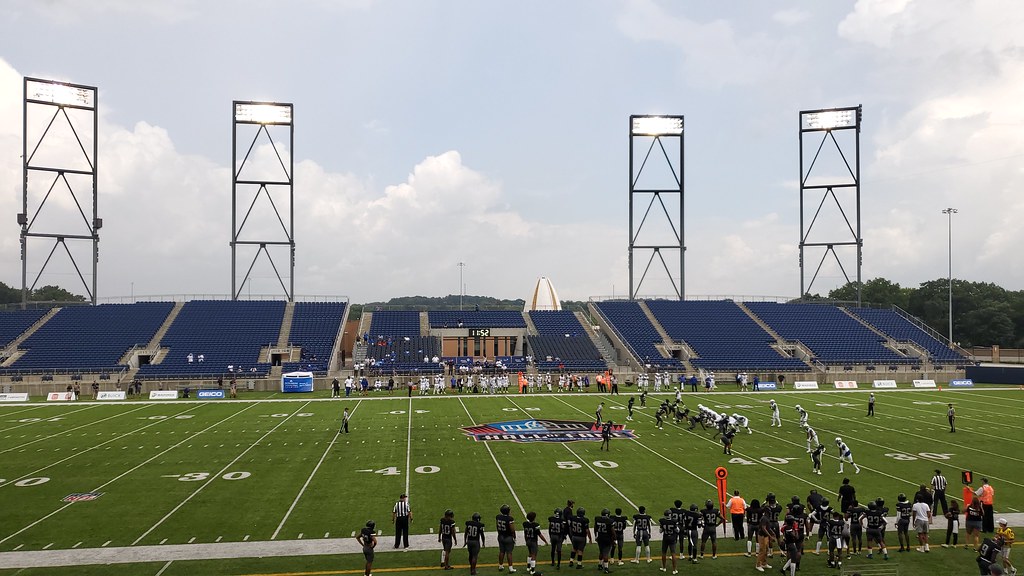 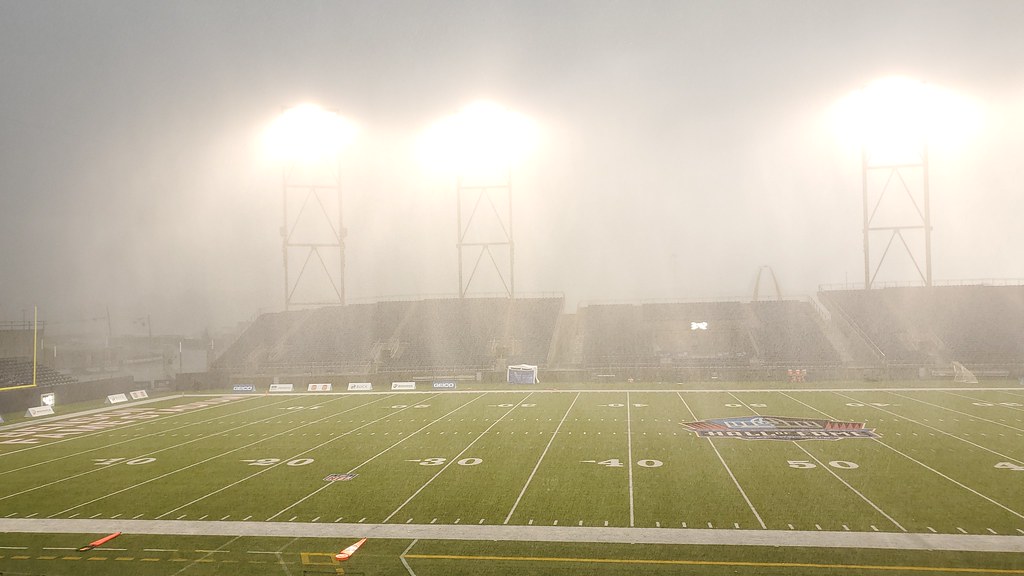 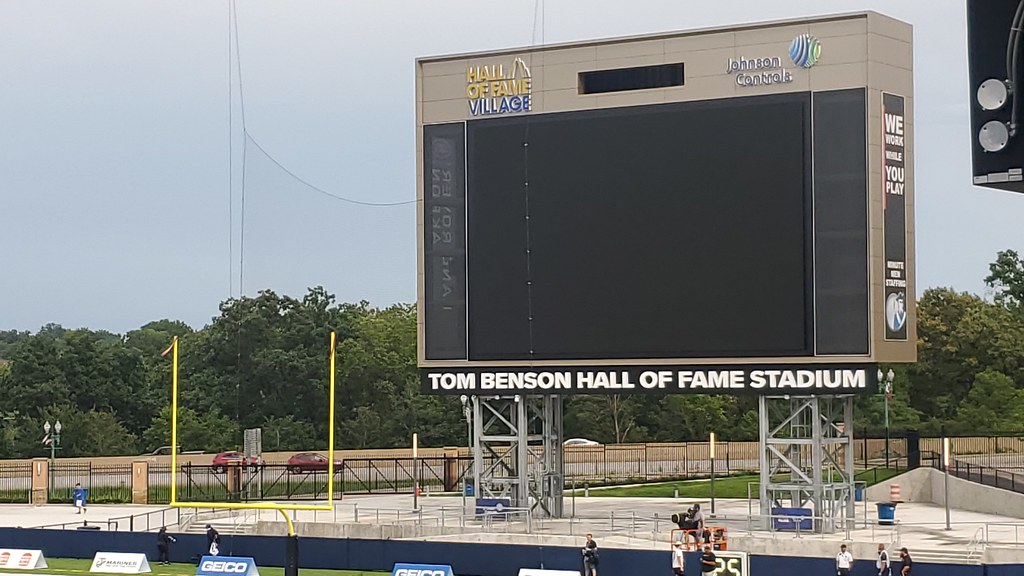 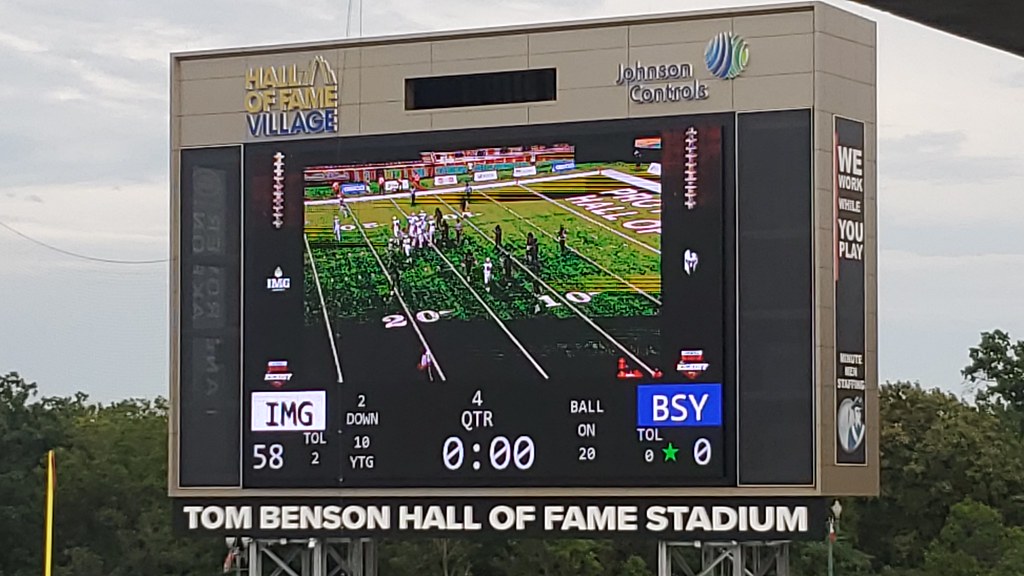 Original plans for Week 2 were a Friday night at Rochester against New Brighton. While Saturday was a trip with another PFN writer to the CSP game in Clymer, New York. Where they hosted the newly created mega-co-op between Falconer/Cassadaga Valley/Maple Grove. Maple Grove I’ve now seen co-op with Chautauqua Lake and also on their own. This was an emergency co-op after their plan to return to 8-man fell through due to low numbers. Saturday night is a trip to Warren to watch them play at War Memorial Field against Harbor Creek. Thursday is, hopefully, a trip to Cathedral Prep’s home field against West Toronto Prep. Though that game is entirely in doubt.