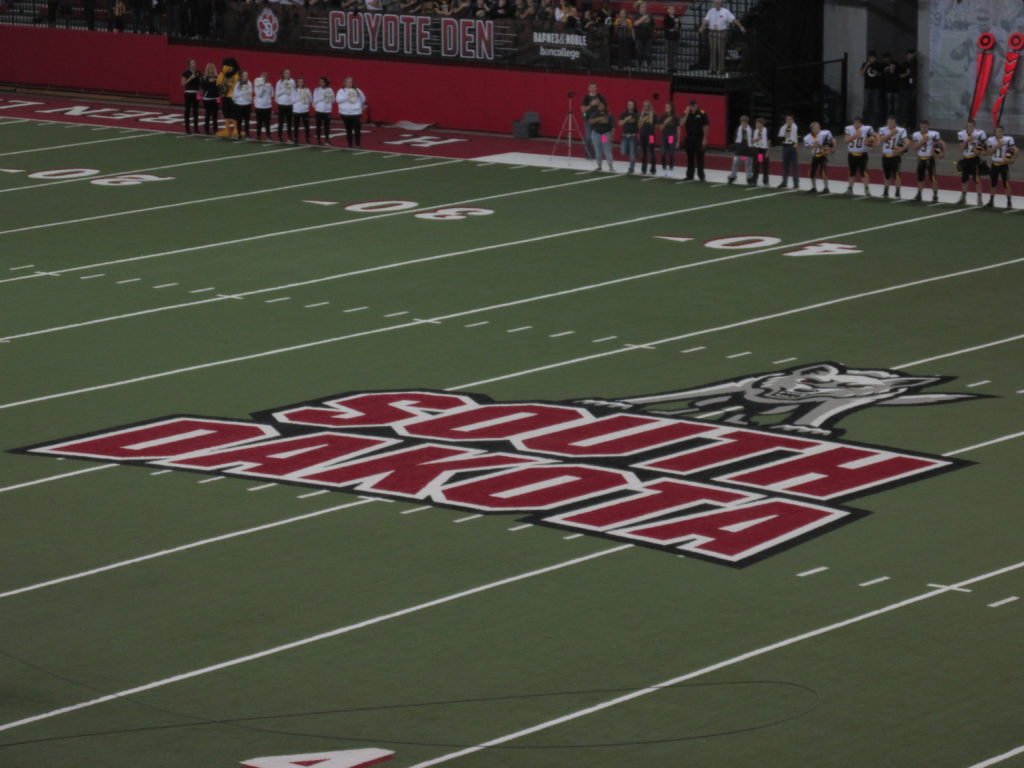 My first time seeing games in South Dakota was the seven state championship games. All seven were held over three days at the DakotaDome in Vermillion. In the far southeastern corner of the state. Being the only dome available, in early November, this location made a lot of sense.

Vermillion is a small college town. It’s about an hour from the major city of South Dakota, Sioux Falls, and also about 45 minutes or so away from Sioux City. It’s located just a few miles north of Nebraska and the Missouri River.

END_OF_DOCUMENT_TOKEN_TO_BE_REPLACED 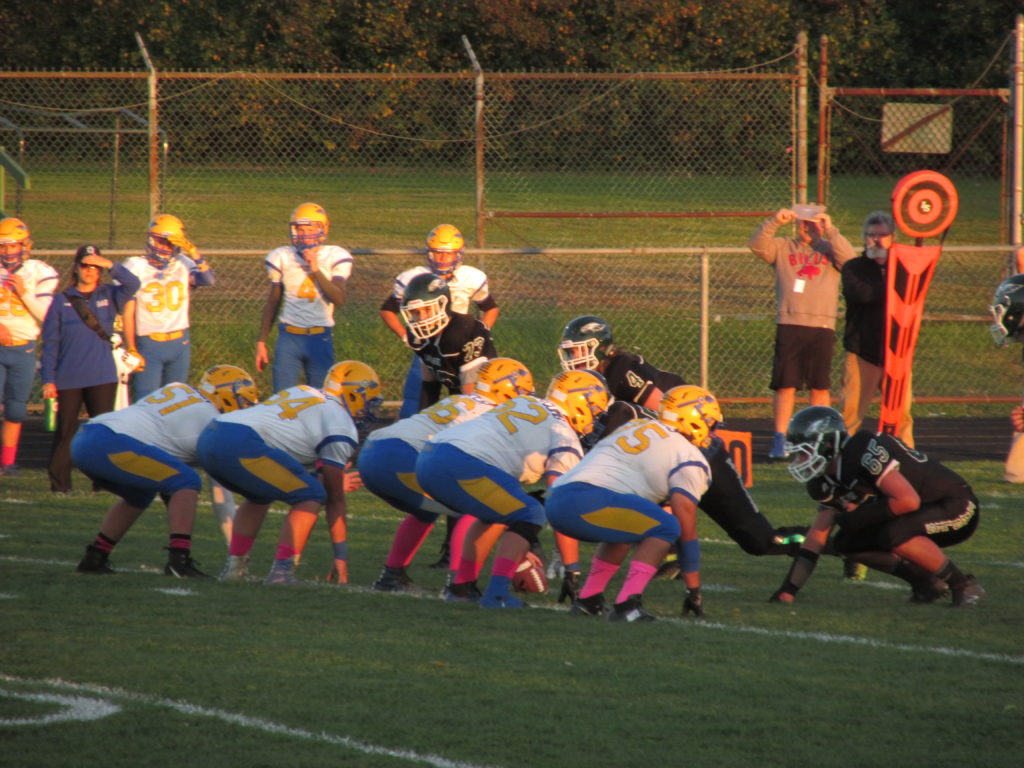 Just a quick trip this past week to New York on Thursday night. This was my second all-time trip to New York for a single game. And I was a little leery. Last time I drove to the Buffalo area for a Thursday game, I found out that earlier that day the game was rescheduled for another venue on the following Saturday.

Checking with Twitter though, it appeared the game between Lake Shore and West Seneca West would still be a go for Thursday. Without any particularly interesting game elsewhere in northeast Ohio or western Pennsylvania, I took the two and a half hour trip north.

END_OF_DOCUMENT_TOKEN_TO_BE_REPLACED 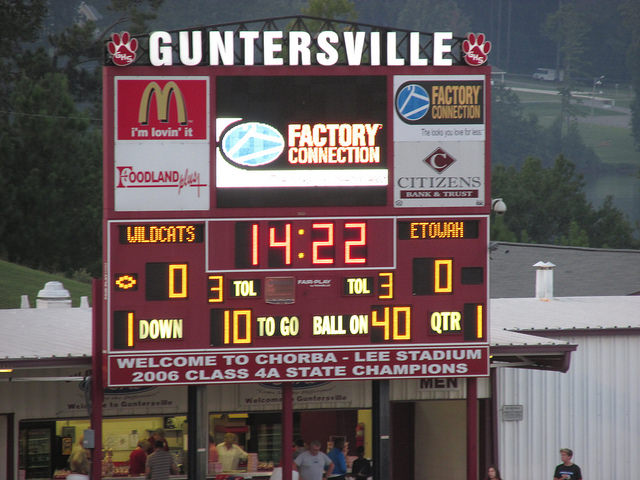 Doing these slightly out of order now. Week Four’s big game was in the town of Guntersville, Alabama. The homestanding Guntersville Wildcats hosted the Etowah Blue Devils at Chorba-Lee Stadium.

With an entire state to choose from, picking a good game for Friday night was a bit difficult. While also trying to make it to a Saturday night game in Kentucky, the northeast corner of the state was the best option. Albertville was my original thought, but the best hotel deal was a few miles northwest in Guntersville.

END_OF_DOCUMENT_TOKEN_TO_BE_REPLACED

This a little late, and I have several more states to go through. But, I will run down my trip to Michigan. For many years, the Detroit area has hosted the “Prep Kickoff Classic” much akin to the Crosstown Showdown. It is several games over a few days at one location. In years past, it was at Eastern Michigan University’s stadium in Ypsilanti. It was eventually moved to Wayne State, just west of downtown Detroit.

END_OF_DOCUMENT_TOKEN_TO_BE_REPLACED 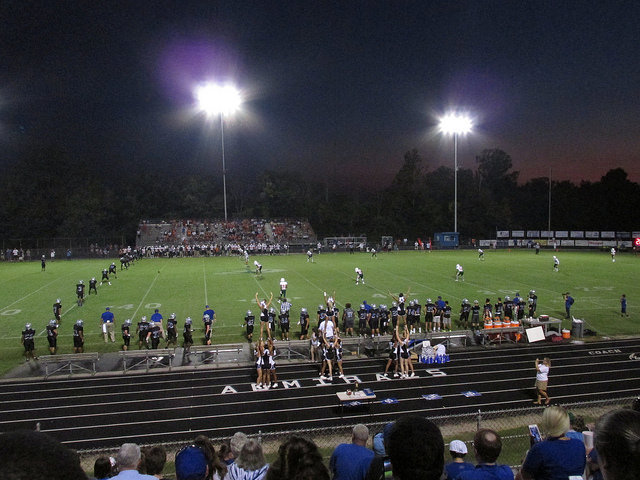 As has been the case the past few years, Week 0 is a trip to Kentucky. Now, one thing about Kentucky is their ‘bowl’ games. Other places around the country may have ‘kickoff classics’ or other events that start the season. Ohio has the Crosstown Showdown and the now-defunct Herbstreit Challenge. Syracuse has their 10-game behemoth at the Carrier Dome. Michigan now offers two kickoff classics. One at Wayne State and the other at Michigan Stadium. And Georgia boasts the venerable and interestingly name-saked Corky Kell Classic.

END_OF_DOCUMENT_TOKEN_TO_BE_REPLACED 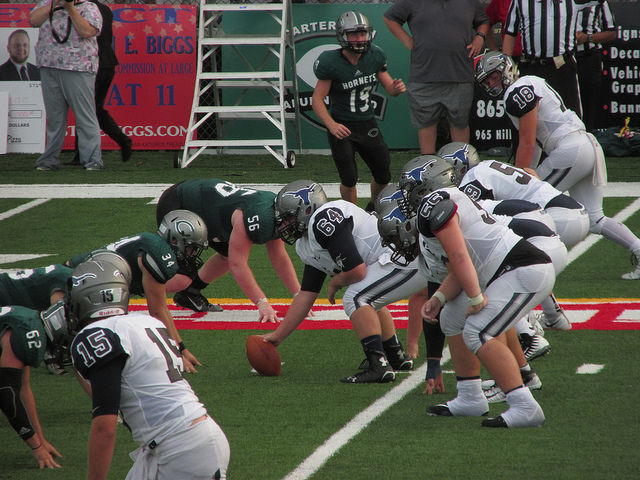 I may have slacked the past two years remarking on trips around the country. But, this year I decided to try and write some about games outside Ohio. Less on the games themselves, and more on just notes and observations about how other states do things.

As has been the case, my season started once again in Tennessee. This works great because it combined both my anniversary and a football trip into one. Now, other states start in Week 0, such as Indiana and Kentucky. However, Tennessee is one of the few that opens with games on Thursday.