After returning from Minnesota, I took the week off and tried to get my back in order. That somewhat worked. But I also had some personal scheduling issues crop up on Friday.

I had planned to take in one of the two days of the WPIAL Finals at Heinz Field. Another photographer was scheduled for Friday. So, I was just going to be there Saturday. And had planned to find a single available Friday night game. I was hoping to do either of the two games at Slippery Rock (preferred) or at Karns City. However, PAFN had coverage of those two games. And I offered to do the Mt. Lebanon v. McDowell game on Friday night.

However, my Friday did not work out. It was right at the last possible moment I could leave to try and arrive on time that I realized I wasn’t going to a game that night. At least, the Mt. Lebanon game. I could’ve possibly made it to Slippery Rock. But, at that point I just decided to rest up for the Heinz Field tripleheader the next day.

Turns out, the Mt. Lebanon game was one-sided. So, Saturday morning, I got ready to head out for Heinz Field. I also forgot I needed gas. So, was just able to make it without another unneeded stop.

I made it. Triple header at Heinz Field today. #80 @PaFootballNews pic.twitter.com/VHF6Dzgj4R

It was a pretty simple drive to Pittsburgh. One I’ve made many, many times. US422 to I-79 to avoid the toll. I-79 to I-279 and followed the exit to Heinz Field. Parking on the west side near the Science Center.

Got my camera situated, and made my way to the media entrance. The stadium had a vaccine screening, so luckily they accepted the photo I had taken of my vaccine card. Since the card is long since missing.

Had to wear a mask through the stadium and made my way down through the main entrance. Interesting, that they direct you past the Panthers lockerroom and to the Steelers team entrance to the field. There is another sideline entrance, but I followed where I was directed.

I wasn’t feeling the greatest, and when I found out that the photographer from last night was there as well, I had considered cutting my day short. But, was gonna stick around as long as I could.

The first game of the day featured Central Valley against North Catholic. Now, I had seen North Catholic before. In a way. The Diocese of Pittsburgh had a school on the northside of Pittsburgh named North Catholic. At some point, they amended the name to include Cardinal Wuehrl. It was during this time that they made a state championship game and won. It was also during this turbulent time that North Catholic built their new school many miles north between the junction of I-76/I-79 and Mars. The new school carried the same Cardinal Wuehrl North Catholic name. However, the piece of shit was implicated in the child sexual abuse scandal running rampant through the Catholic church. And his name was then removed from the school. Since it’s a new school and a new name, regardless the intent, I count it as a new school. Also, it’s not even in the same county

If a school relocates, even with the same name, I generally count them as a new school UNLESS it’s on or adjacent to the same property of the original school. The exception to that is Beaver Local. The school was built across the street, but that moved it from a Lisbon to East Liverpool address. However, the stadium is still located beside the old school inside the Lisbon territory.

And their opponent, Central Valley, is a consolidation of Center and Monaca. When the two schools combined, they created a rather powerful football team that has contended for WPIAL and state titles almost every year since.

As for the game, it wasn’t a game. Central Valley jumped out to a quick lead, before North Catholic returned the ensuing kickoff for a score. But the second quarter was all Central Valley. They led 45-7 at the break. With the running clock going, things moved swiftly but Central Valley did tack on one more. And North Catholic licked their wounds and got one offensive score to make it respectable, 52-15.

My back was feeling better throughout the first game. It was warmer out. And my steady diet of Ibuprophen was working. The next game on the docket was Aliquippa and Belle Vernon. It was my first time seeing the Leopards. But I had seen Aliquippa many times in the past. Eleven times with a 7-4 record in games I witnessed. They’re a small school that was playing up to 3A. And thanks to a misunderstanding of PIAA’s new competitive balance rule, were forced to stay 3A while getting bumped up to 4A. Which is where they are now.

The Quips controled the game, but had a slim 14-0 lead shortly before halftime. With the ball and time waning, Aliquippa threw up a hail mary and it was completed.

Aliquippa connects on a 38 yard hail Mary for a TD. Kick is good. Leads Belle Vernon, 21-0 with no time remaining in the first half. @PaFootballNews @PFNmjc3 @NathanGrella pic.twitter.com/KiqaCCvKZP

A scoreless third quarter led to an interesting, but not unpredictable victory for the Quips. Belle Vernon TD was answered with an 86 yard kickoff return for a TD. Belle Vernon scored once more, halfway through the fourth, but weren’t able to affect the scoreboard after that. Aliquippa 28, Belle Vernon 13

The temperature was changing, the wind was picking up. And my back that had loosened up walking the sideline during the first two games was really feeling the cold. I spent a good deal between games and during the final game on the sideline sitting on a rarely available folding chair along the outer wall.

I was actually shocked that I had never seen Penn-Trafford before. But, a thorough search of my records showed that I had, in fact, never seen them play. I had seen Moon before. Including a homecoming game of theirs that was played on a Saturday afternoon. I also had been to their stadium a few times for OLSH games as well as a Neshannock-Washington playoff game in the freezing cold.

The game started with a field goal. 34 yards by the Penn-Trafford Warriors. Moon would take a narrow lead with a TD, and then hold another four point lead at the break, 21-17. And then the snow started. The cold morphed into snow. And it was lightly dusting the field. Moon’s entire demeanor changed. A team huddling around the heaters and seemingly just wanted to get back on the busses home. Penn-Trafford, though, finally found the opportunity to score on a long play.

After the game, I made a quick route through the bowels of the stadium to the media entrance. Though some were turning in their passes, I kept mine with my credential as a souvenir. Got to my van, and got in and headed out. Needing gas on the way home. And, having stayed on the field since before noon, was intent on getting dinner.

Drove around the Ohio River Blvd ramp to I-279 south across the Fort Pitt Bridge. And 376 through the Fort Pitt Tunnel and up the Greentree Hill. Headed through Robinson Twp, past where I used to work in a former life, and stopped at Peppercini’s.

There were two favorite places for hoagies back then, Pizza Monza at home and Pizza Milano . For lunch, many times, was what preceeded Peppercini’s. It’s located along the Steubenville Pike. The years since I have forgotten the original name. But think it was Pizza Parma. Milano is good, but Peppercini’s is open late, usually.

In Pittsburgh, one sandwich that’s common, that I haven’t found elsewhere, is the Steak Ranch Hoagie. It’s shaved steak, provolone, french fries, and ranch dressing. 16″ roll, wrapped in foil. it is a great sandwich. The best I had found is Cardello’s. But, they’re closed quite early in the night.

So, I ordered online for Peppercini’s. Got two hoagies. One for now, and one for the fridge for Sunday. The only shock is the price. Long time ago, Pizza Monza had a coupon for 2 16″ hoagies for $11.99. Now, they’re $17.99 each at Peppercini’s. That’s a pricy sandwich. But, I can’t find them anywhere else. The Buffalo Chicken is good as well. But doesn’t compare to the Steak & Ranch.

Got gas down the street. And then headed home. Back up I-79, across US422 into Ohio.

Another week, another great time.

By foregoing the Friday night game, the total trip was 144 miles to Heinz Field and back home. Total cost was $85.52. Unlike most weekends around home, I had to buy gas, so that was $20.02. Food was $50.50. Although technically, a lot of that was to take home for Sunday from Peppercini’s. Without getting into the pressbox to eat, I stayed on the field all day instead. And lastly, was $15 to park at the stadium. 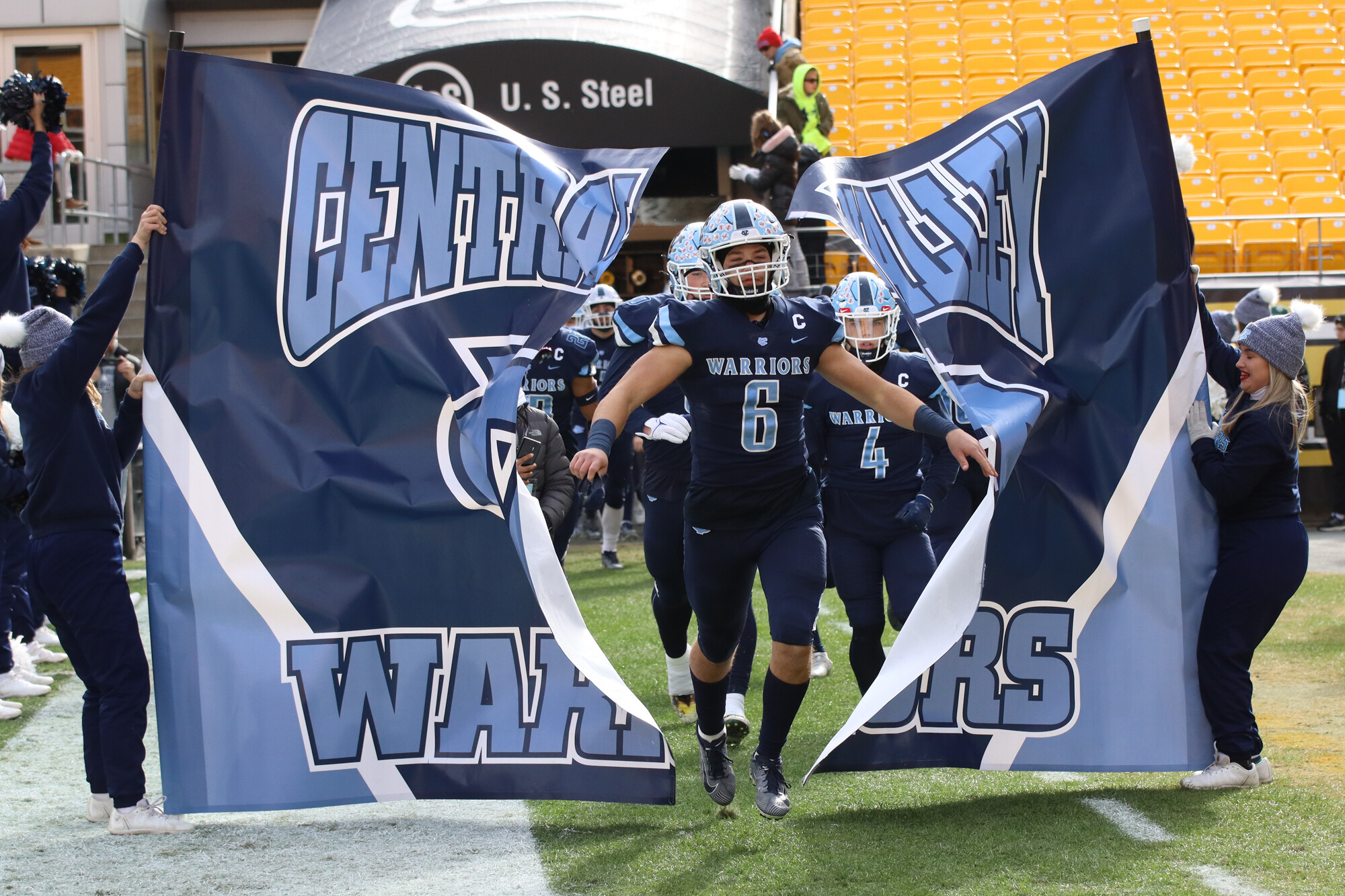 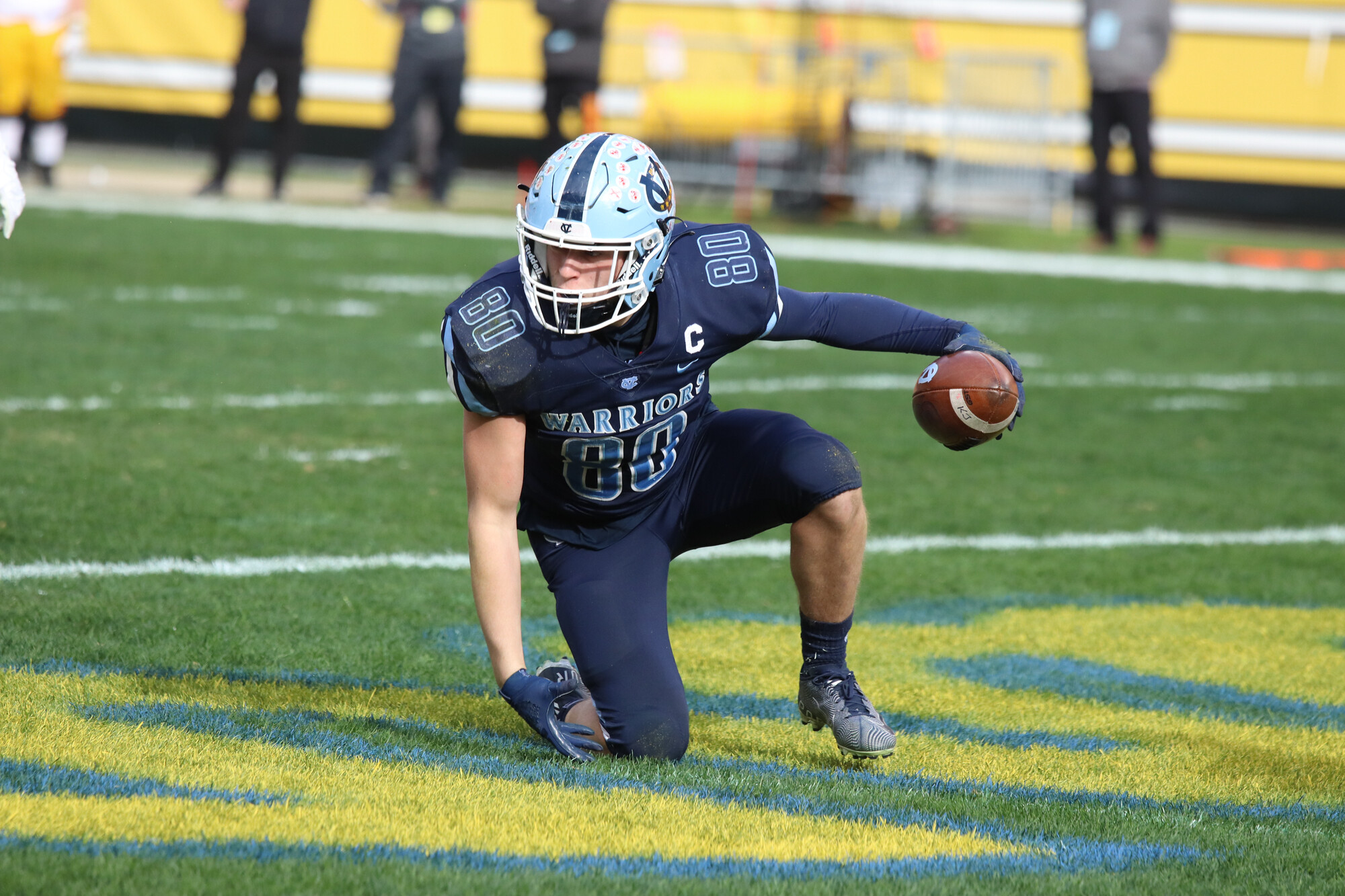 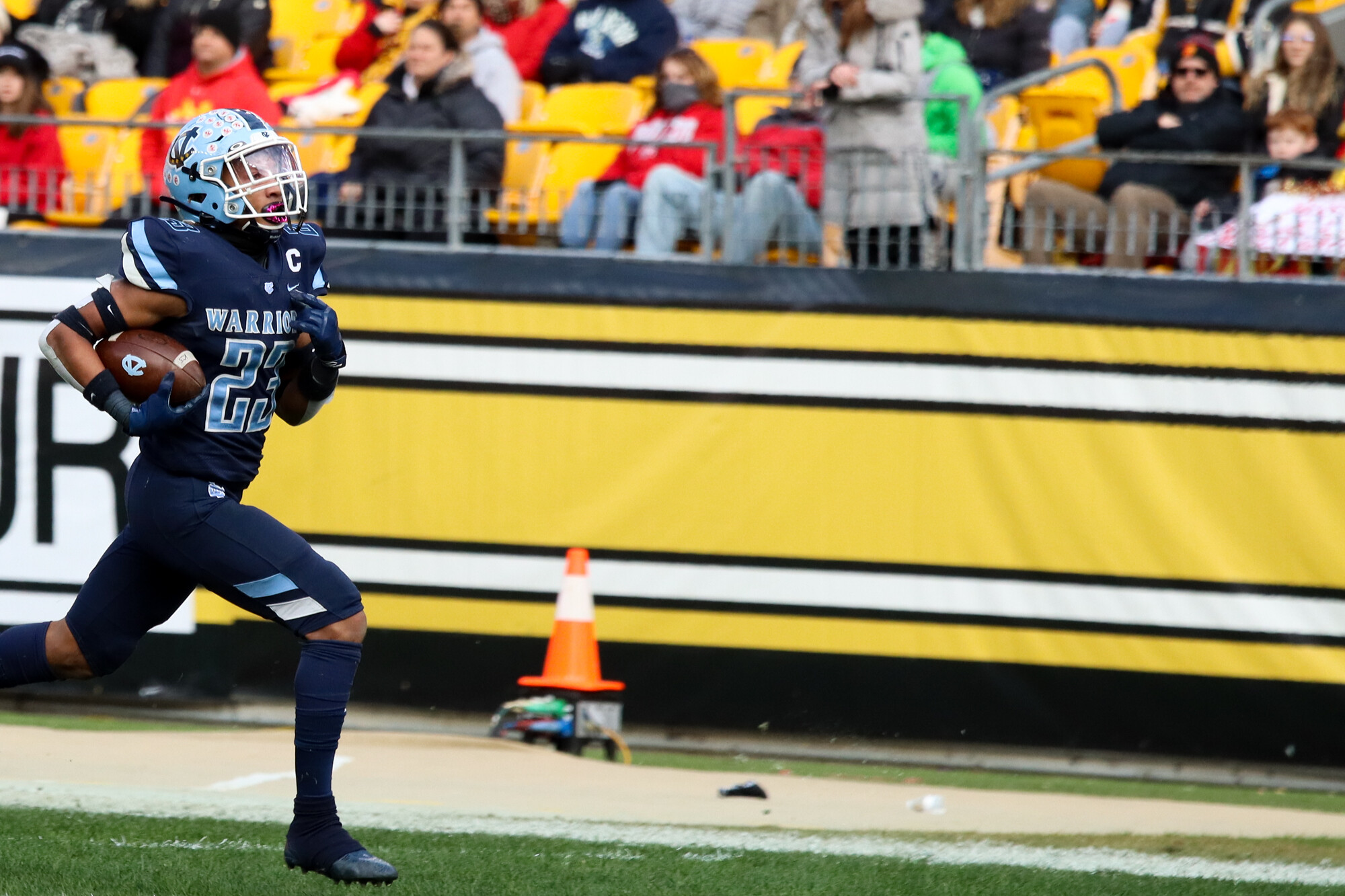 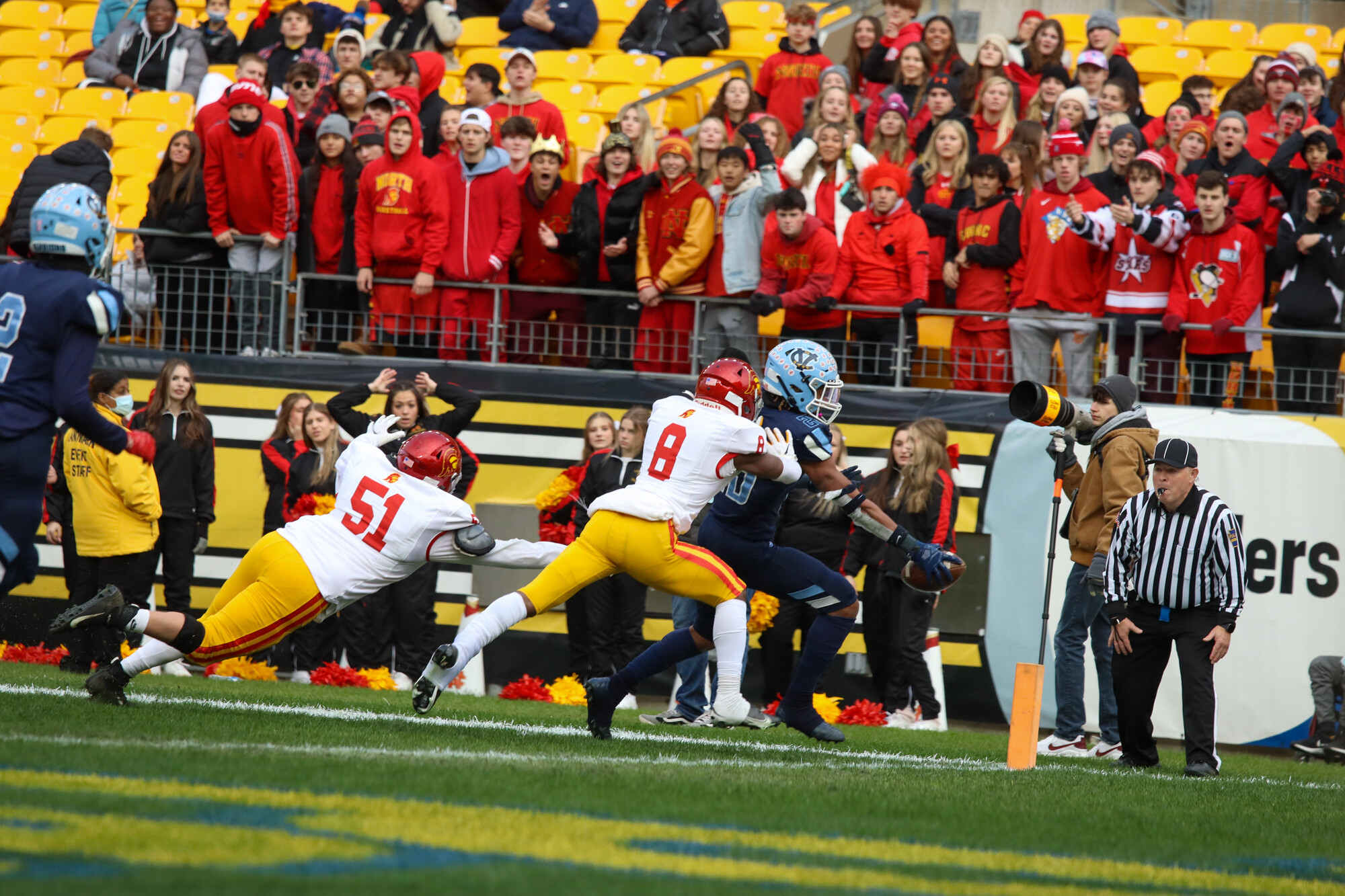 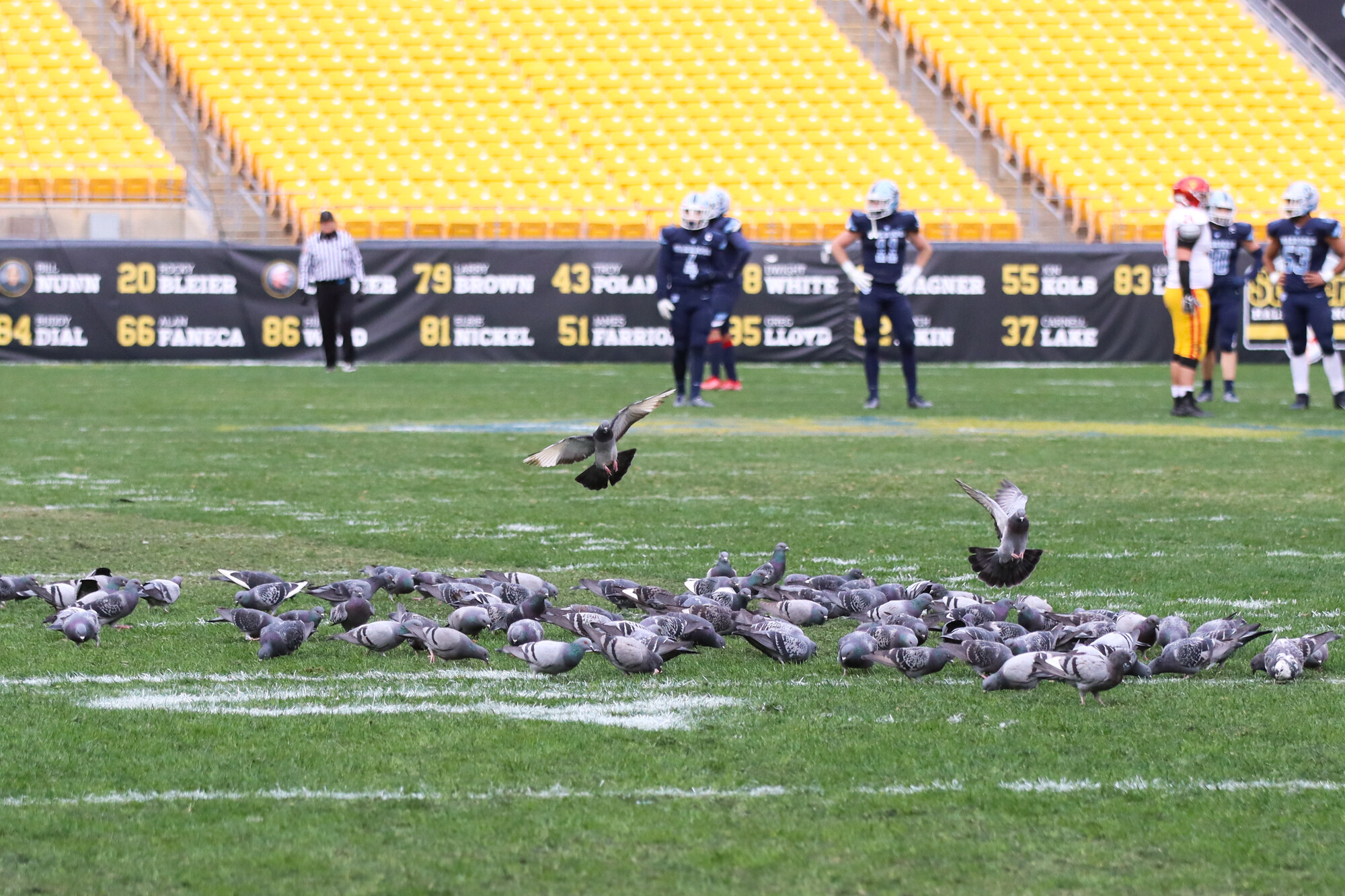 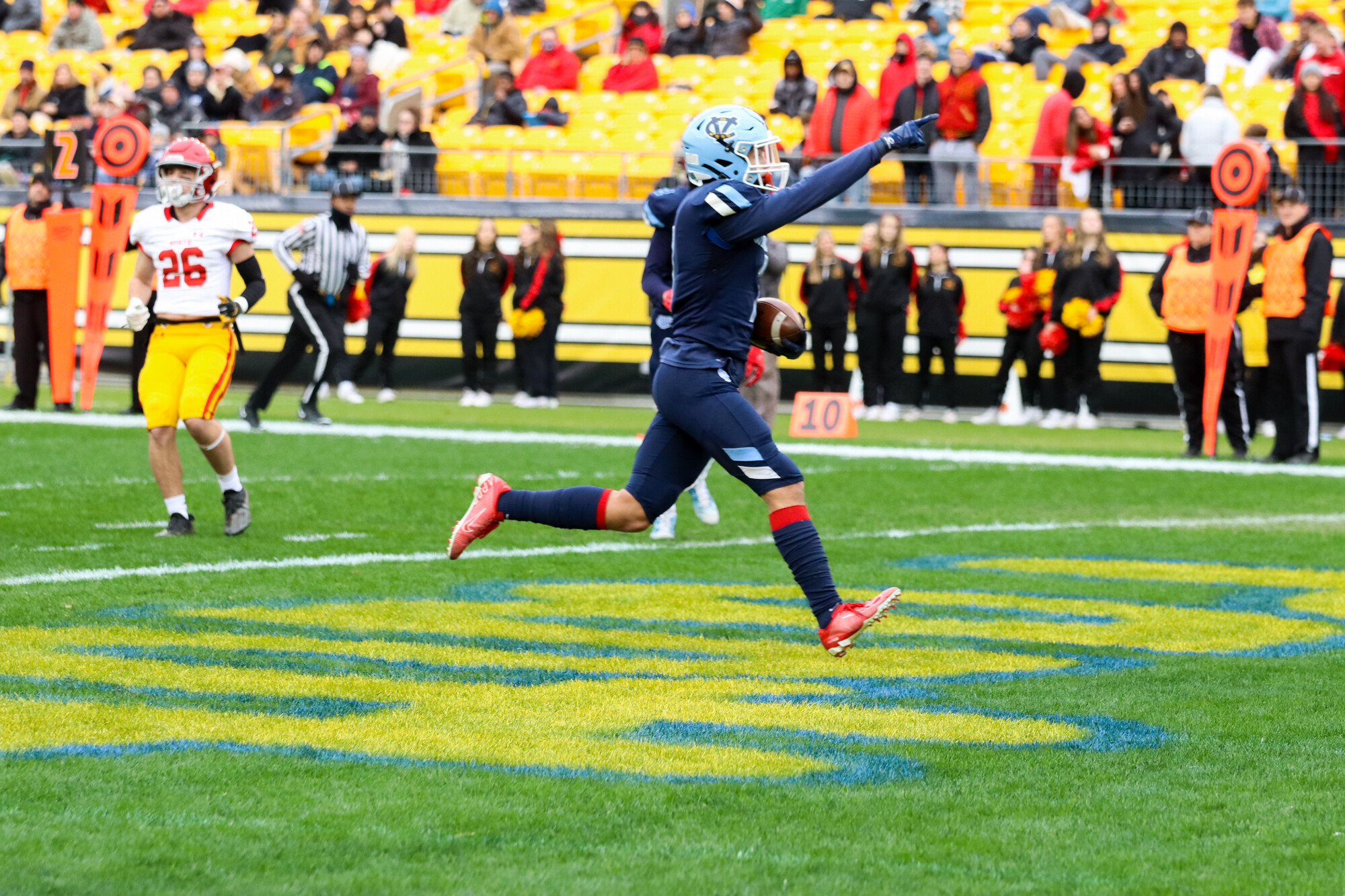 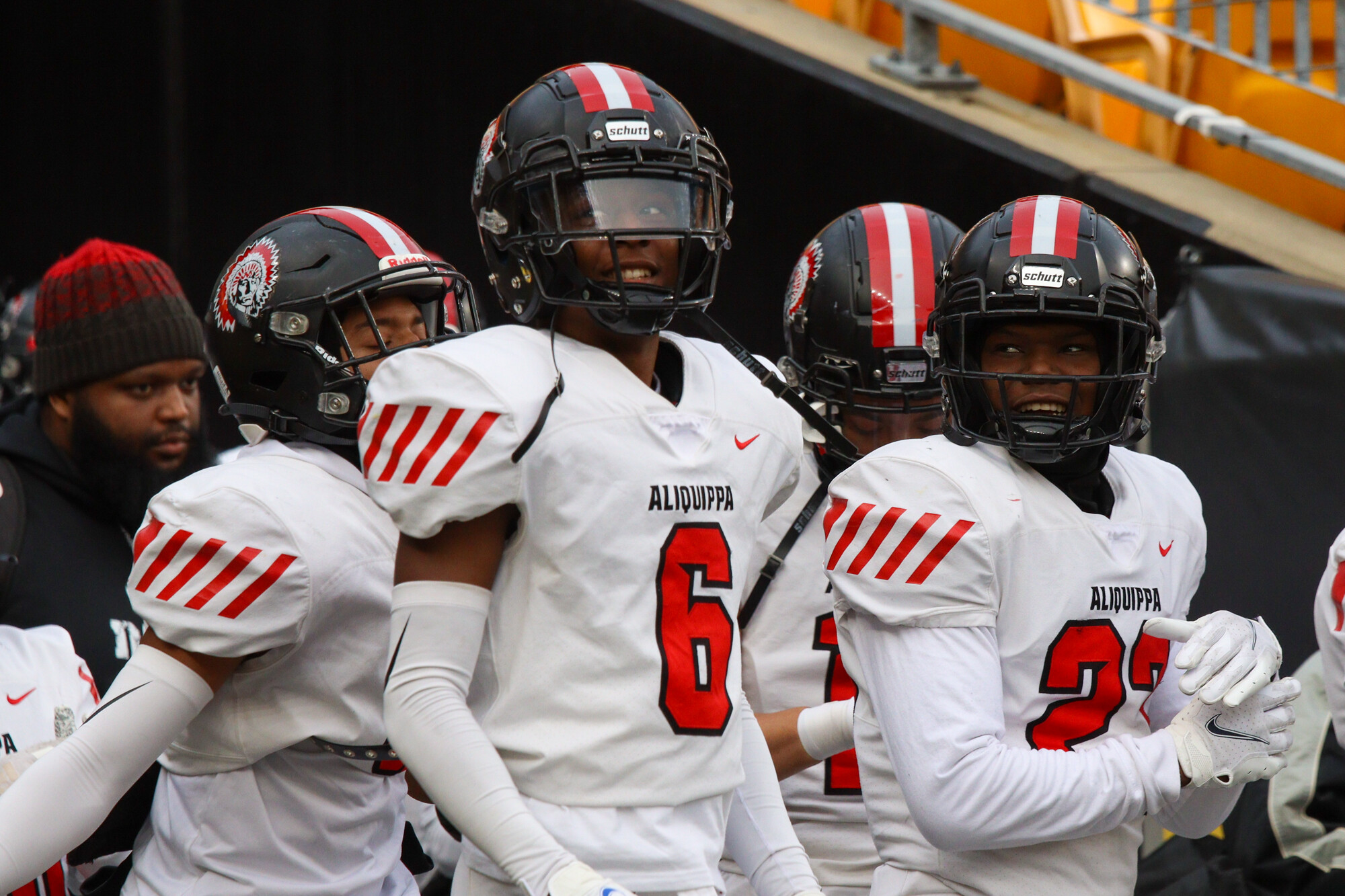 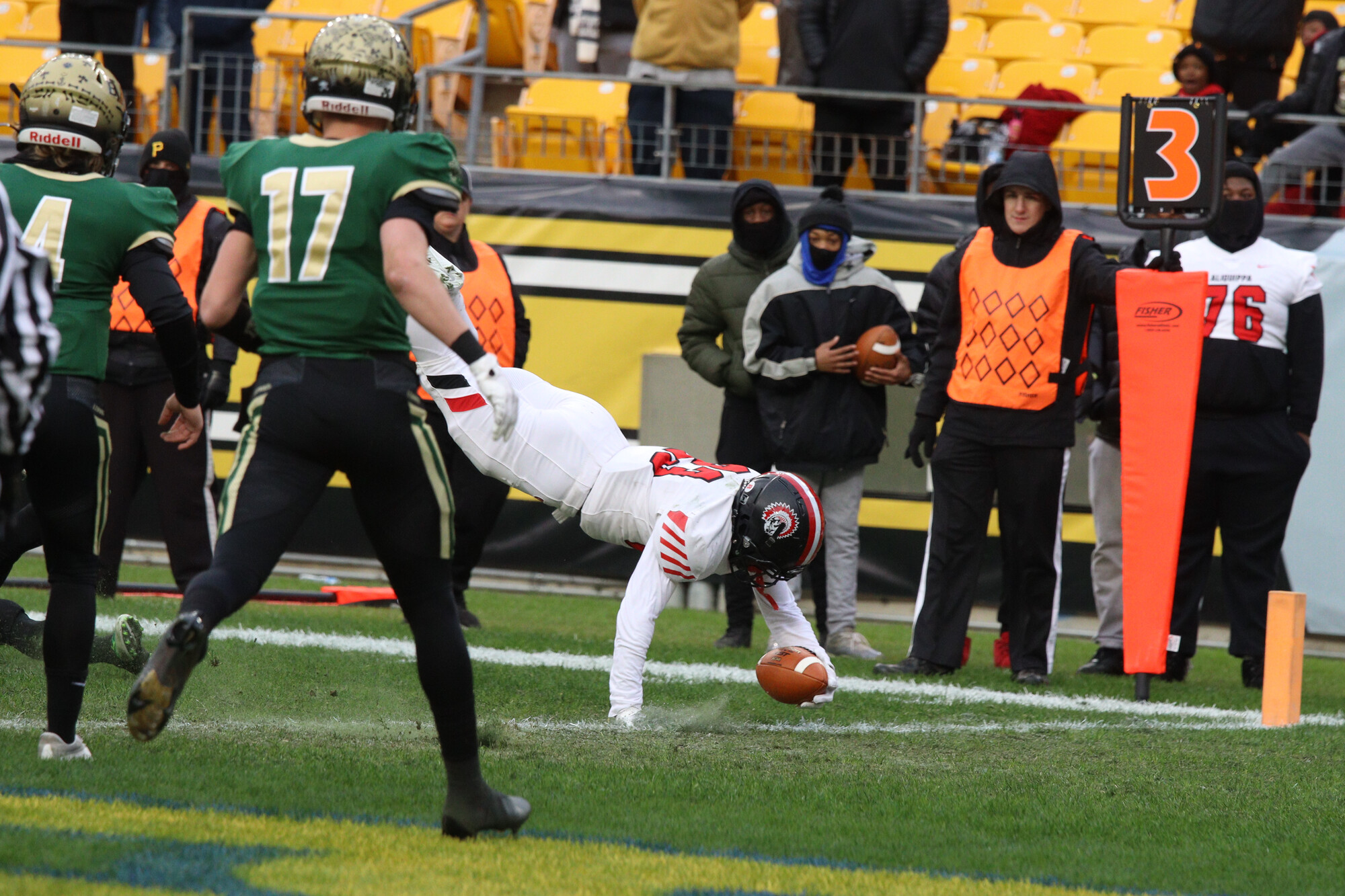 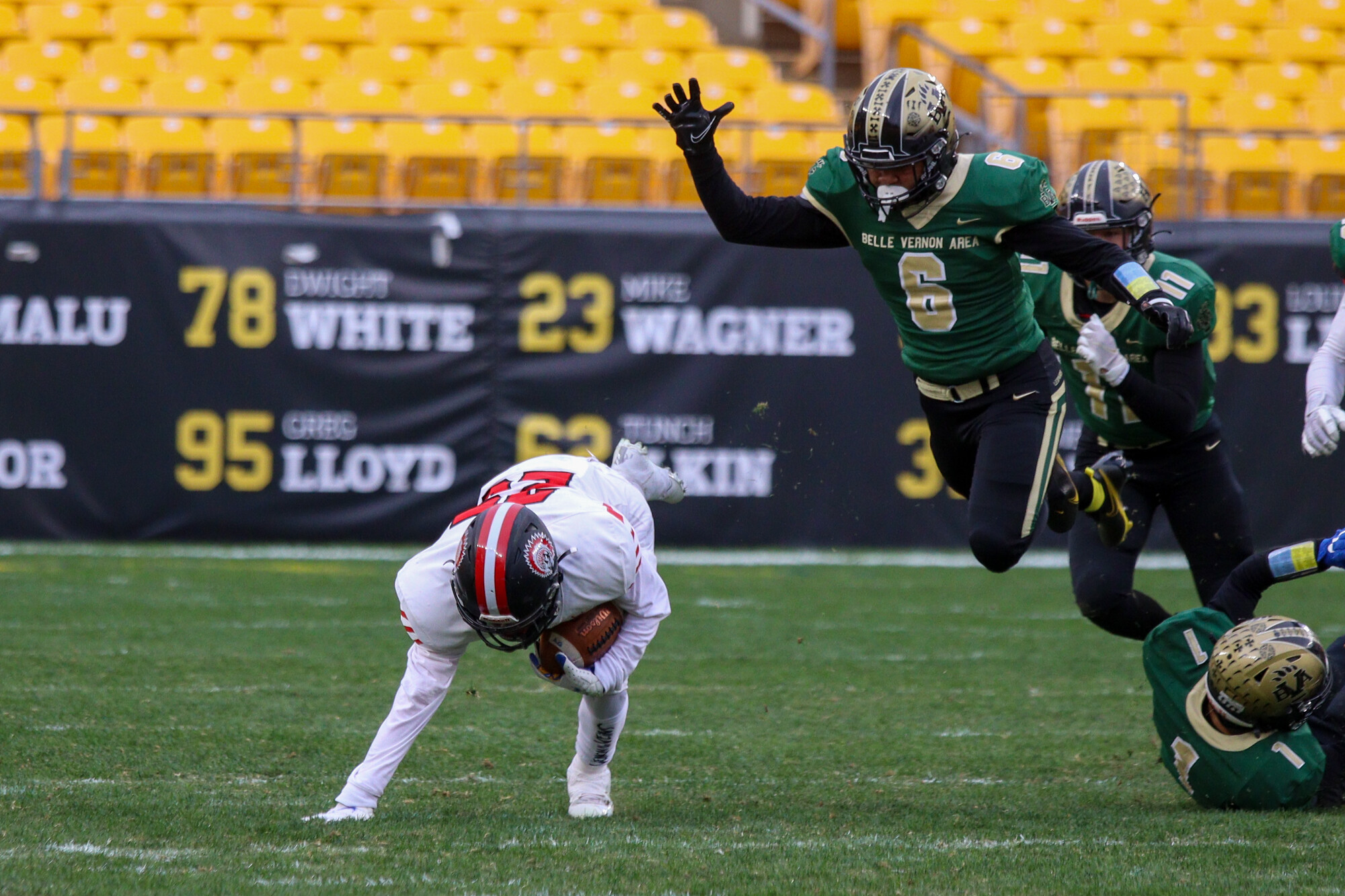 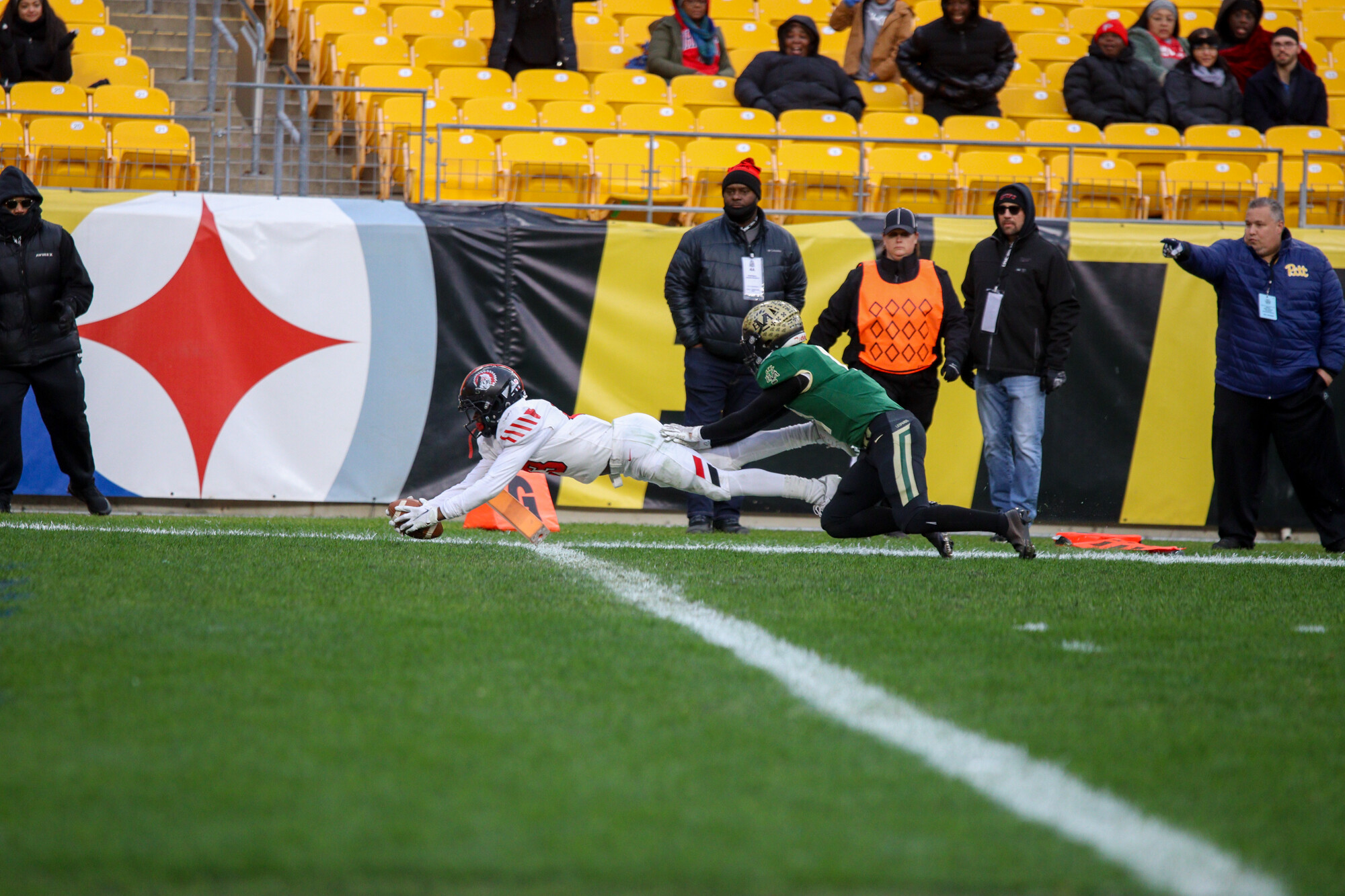 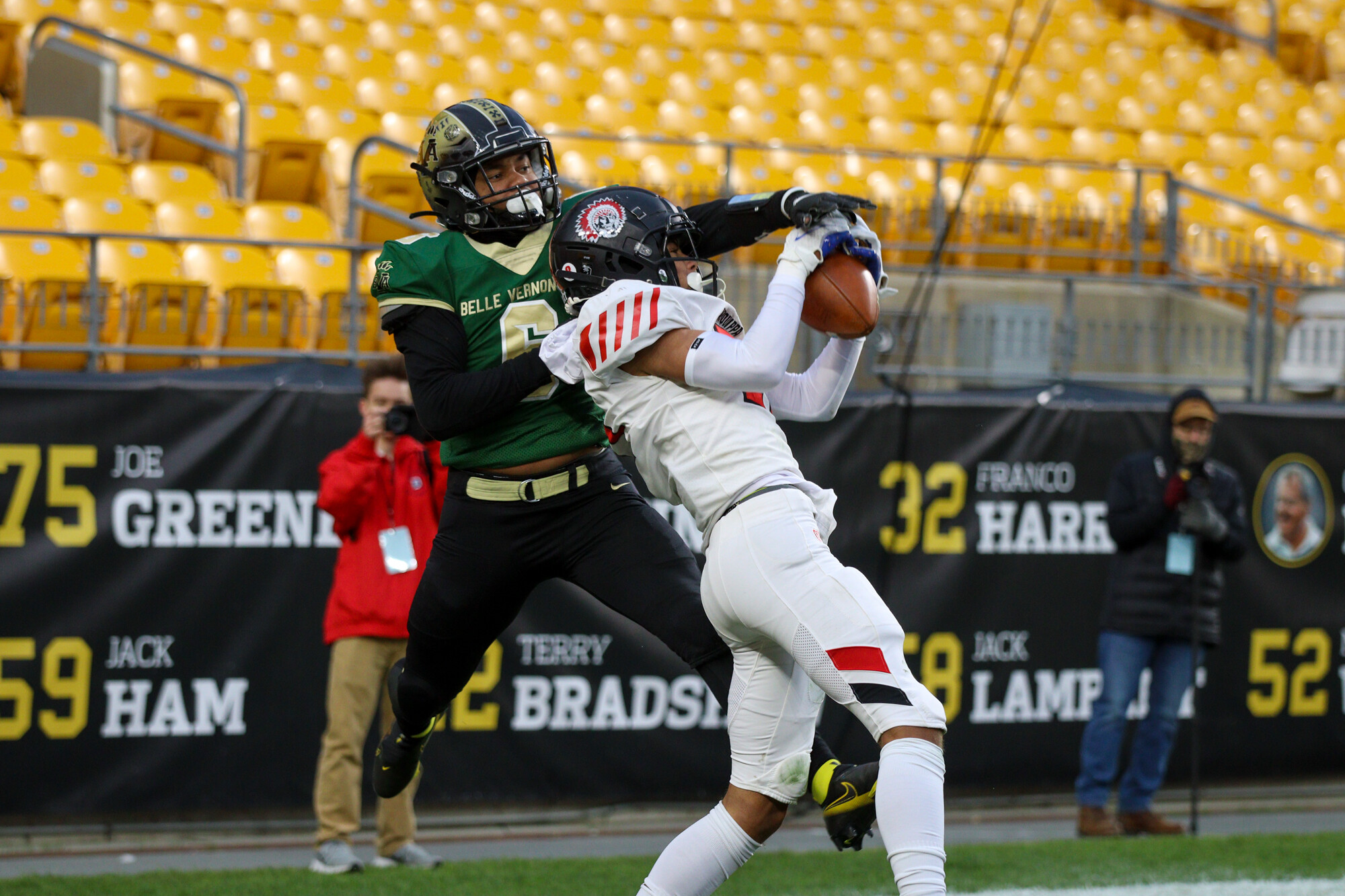 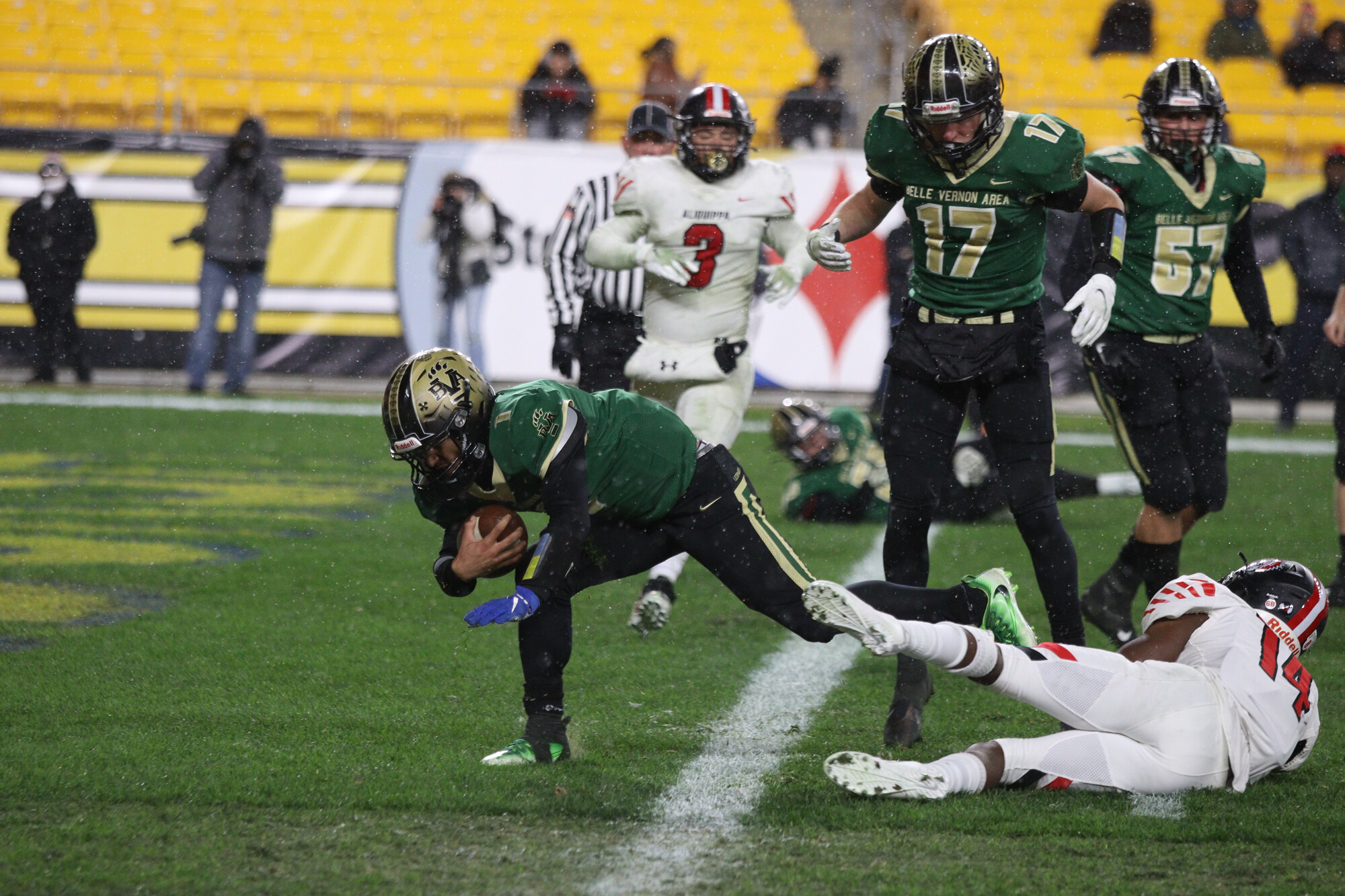 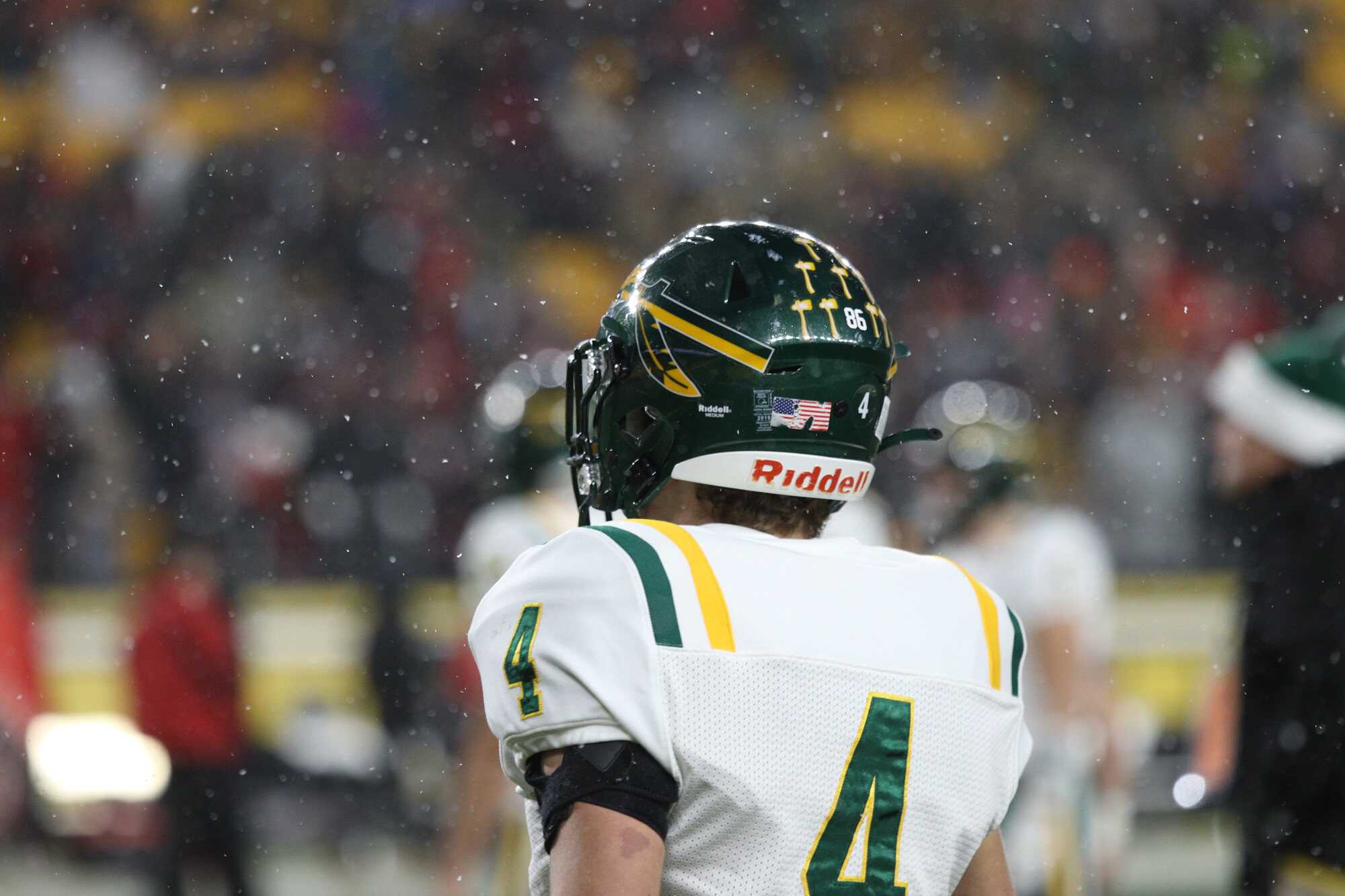 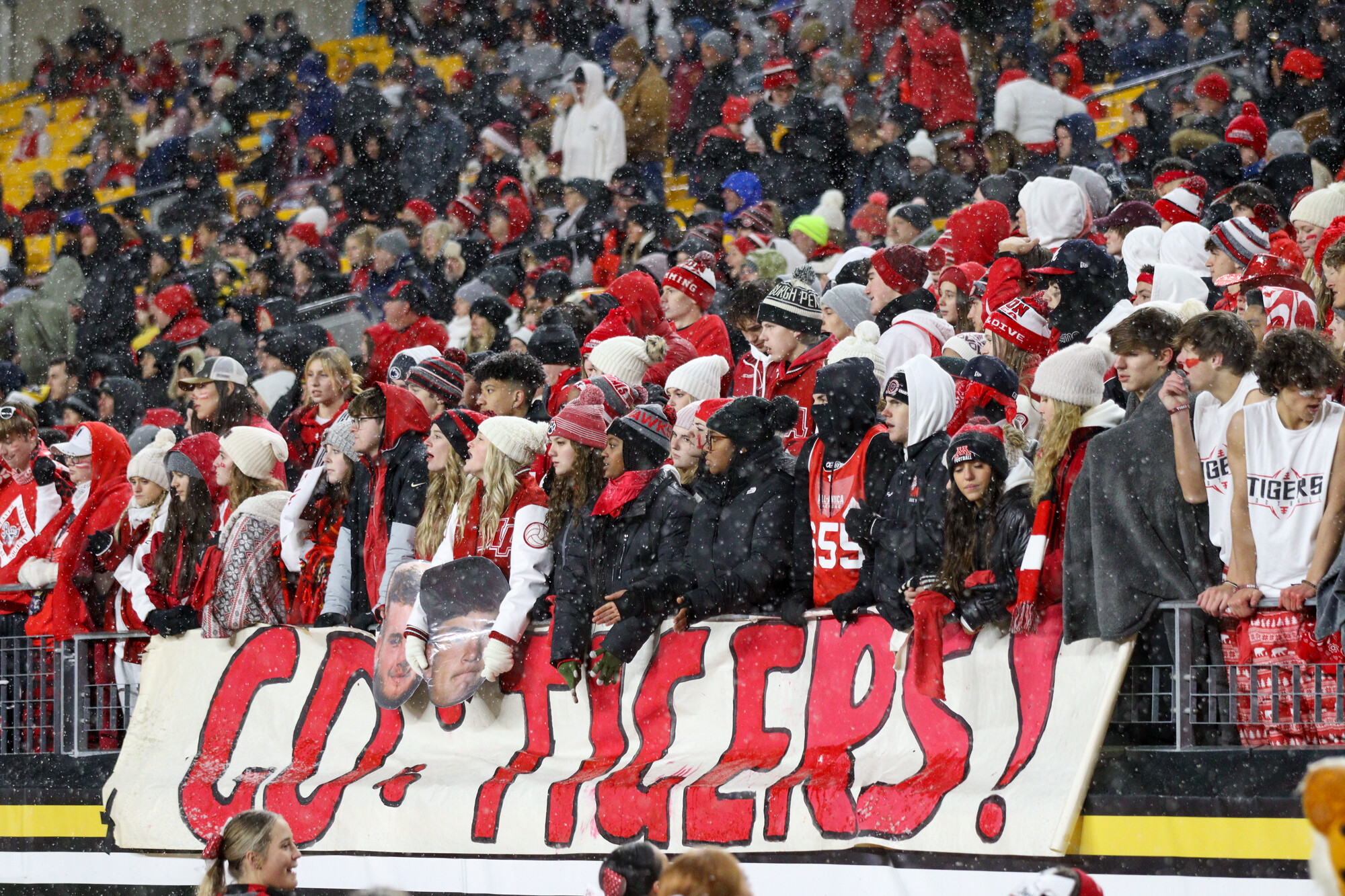 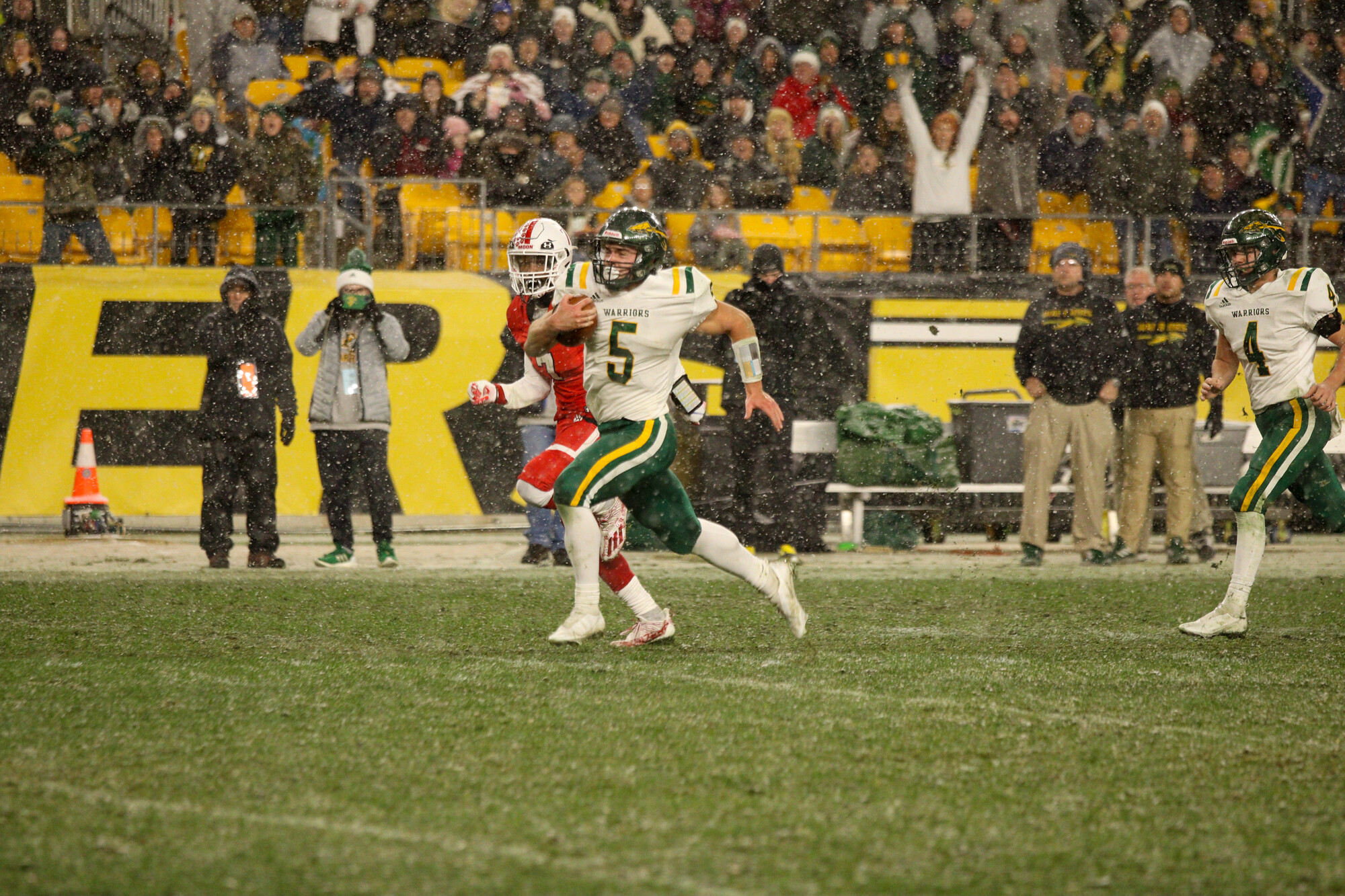 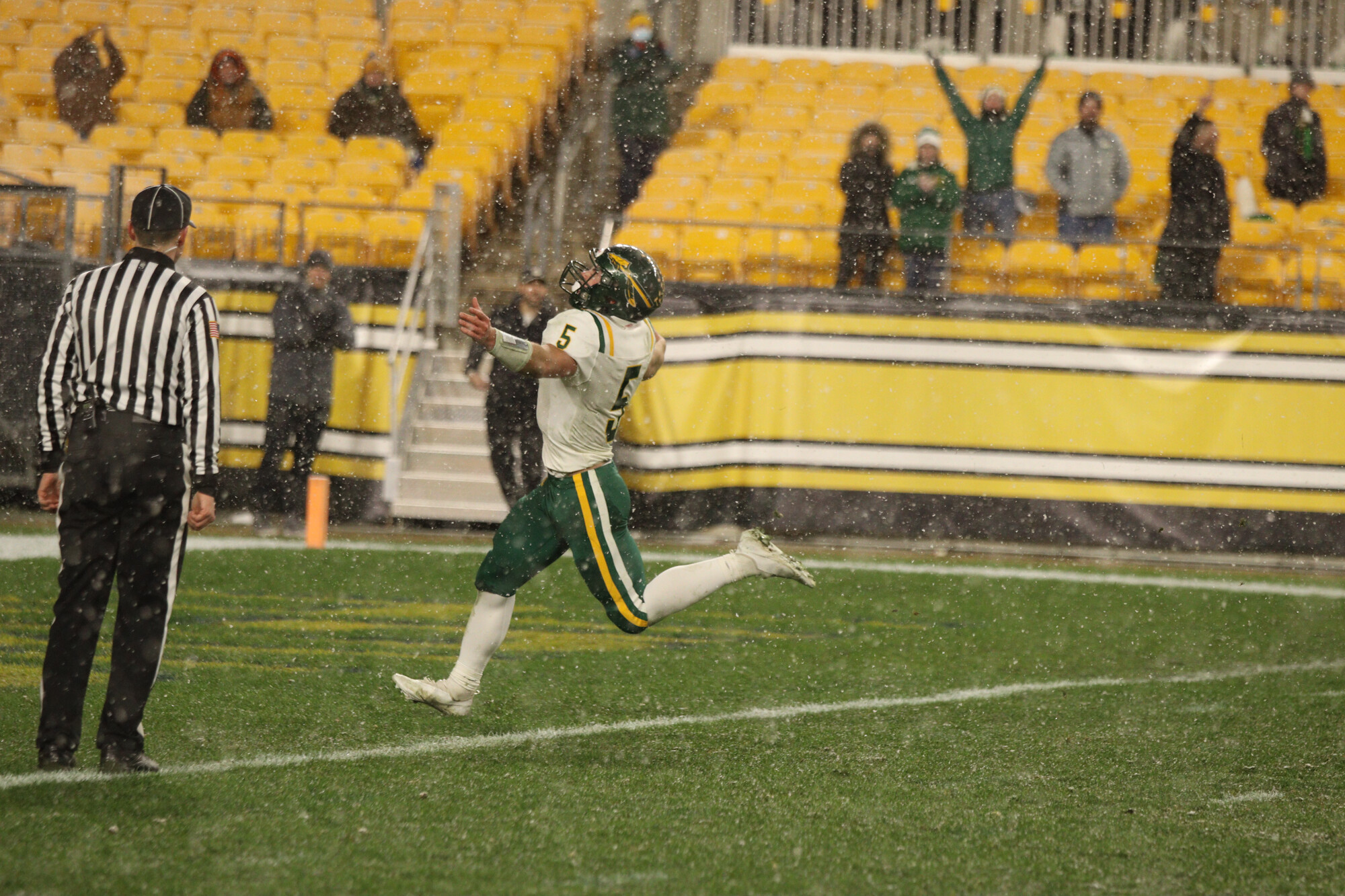 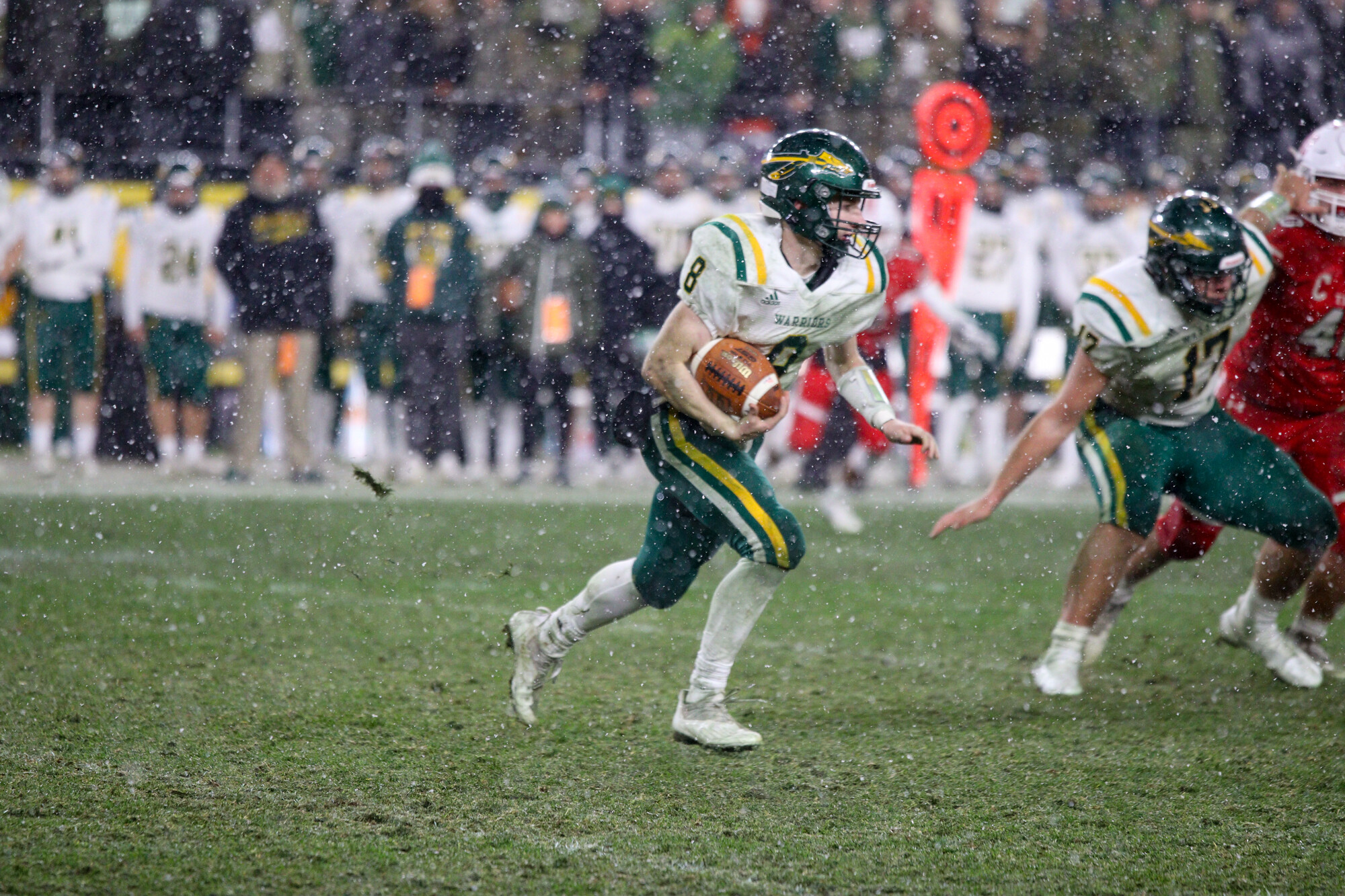 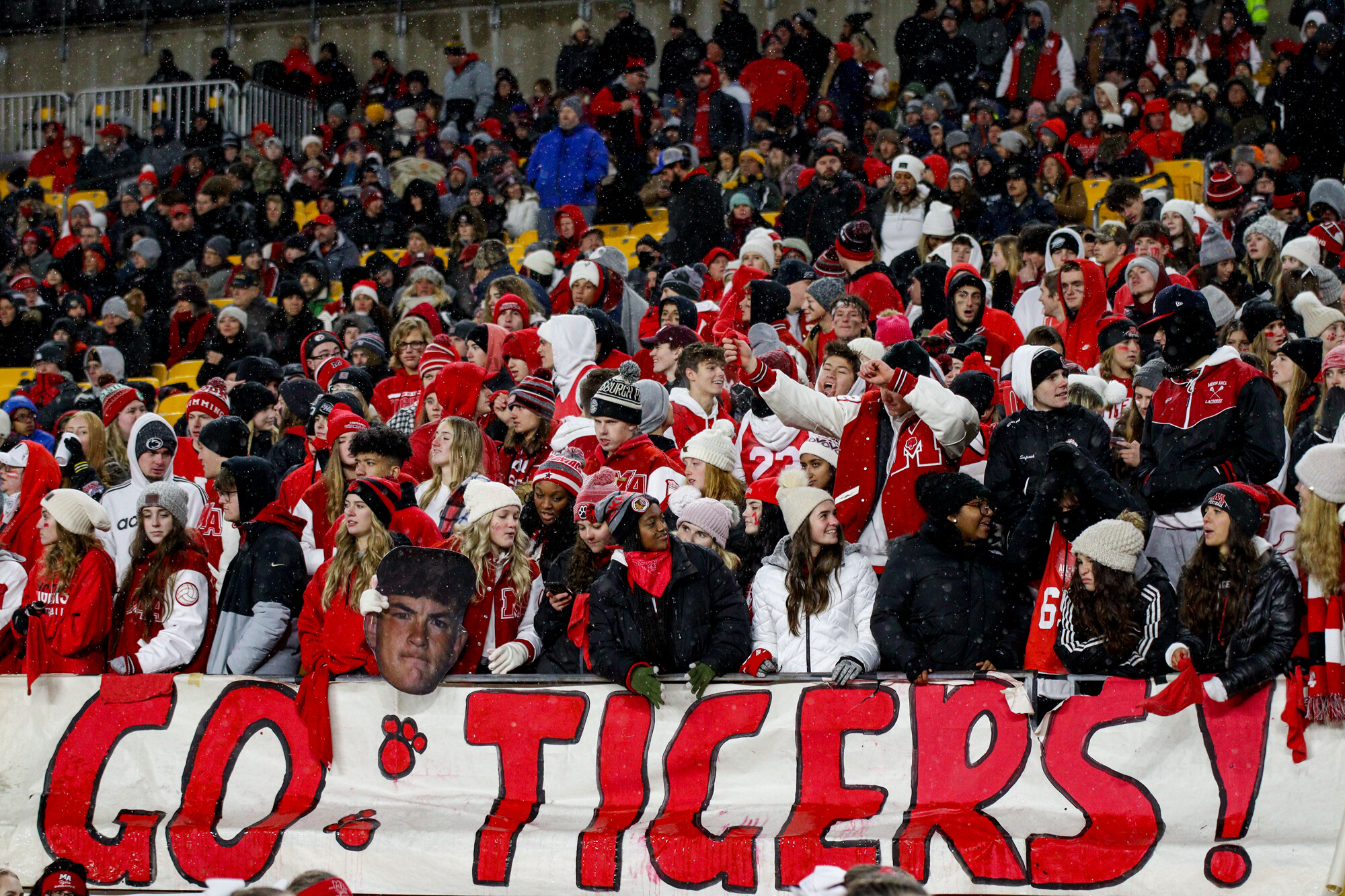 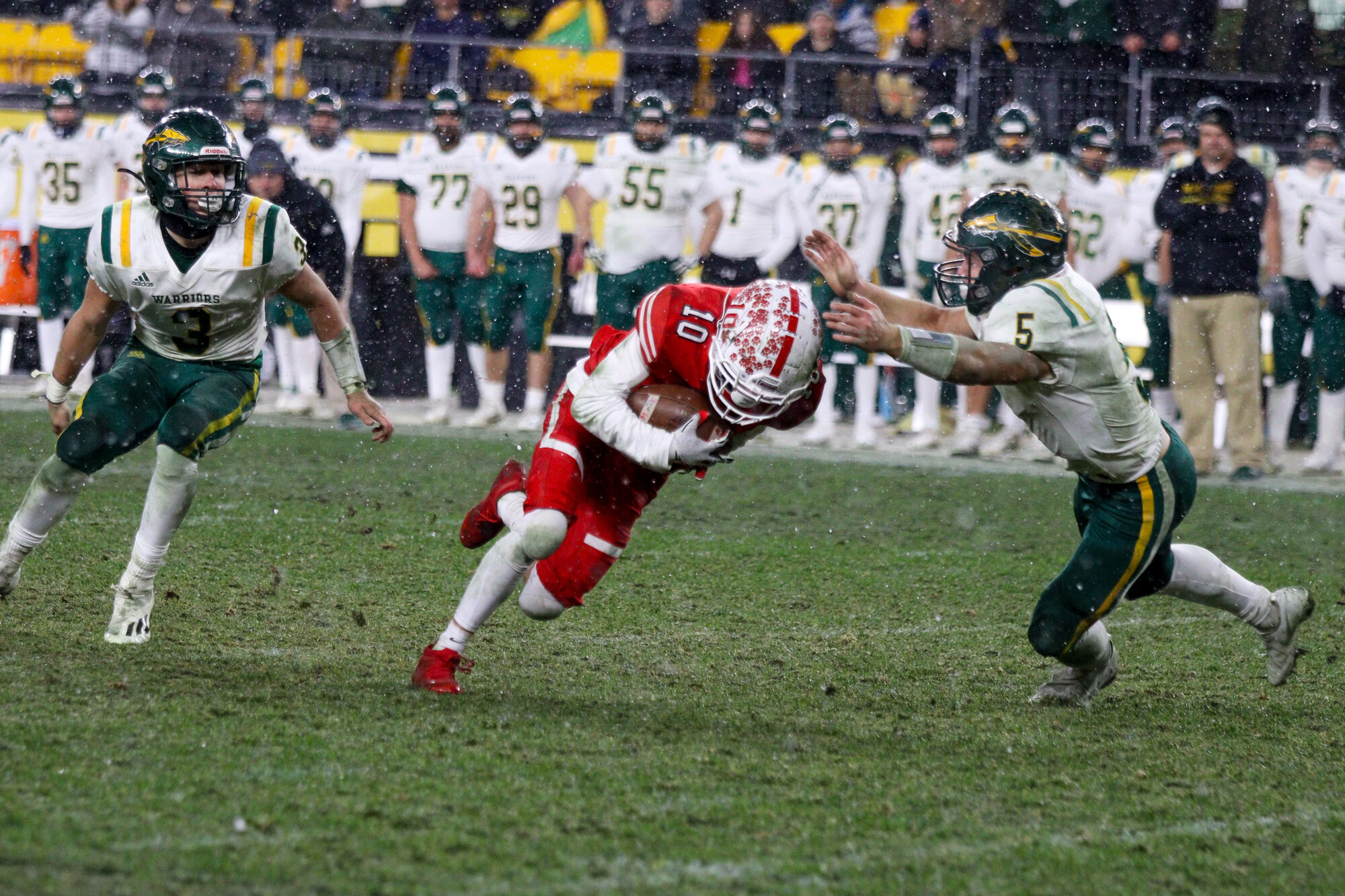 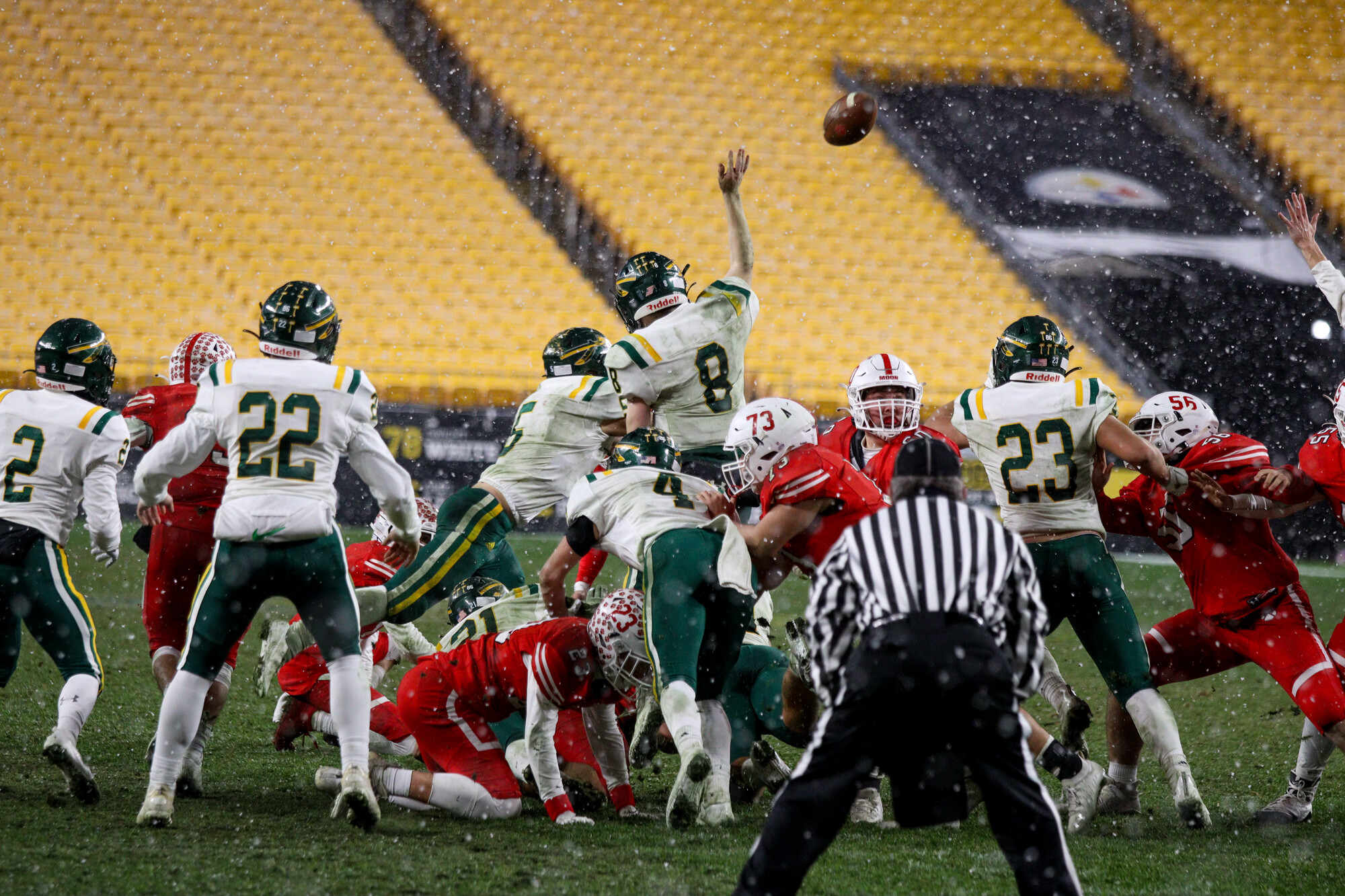 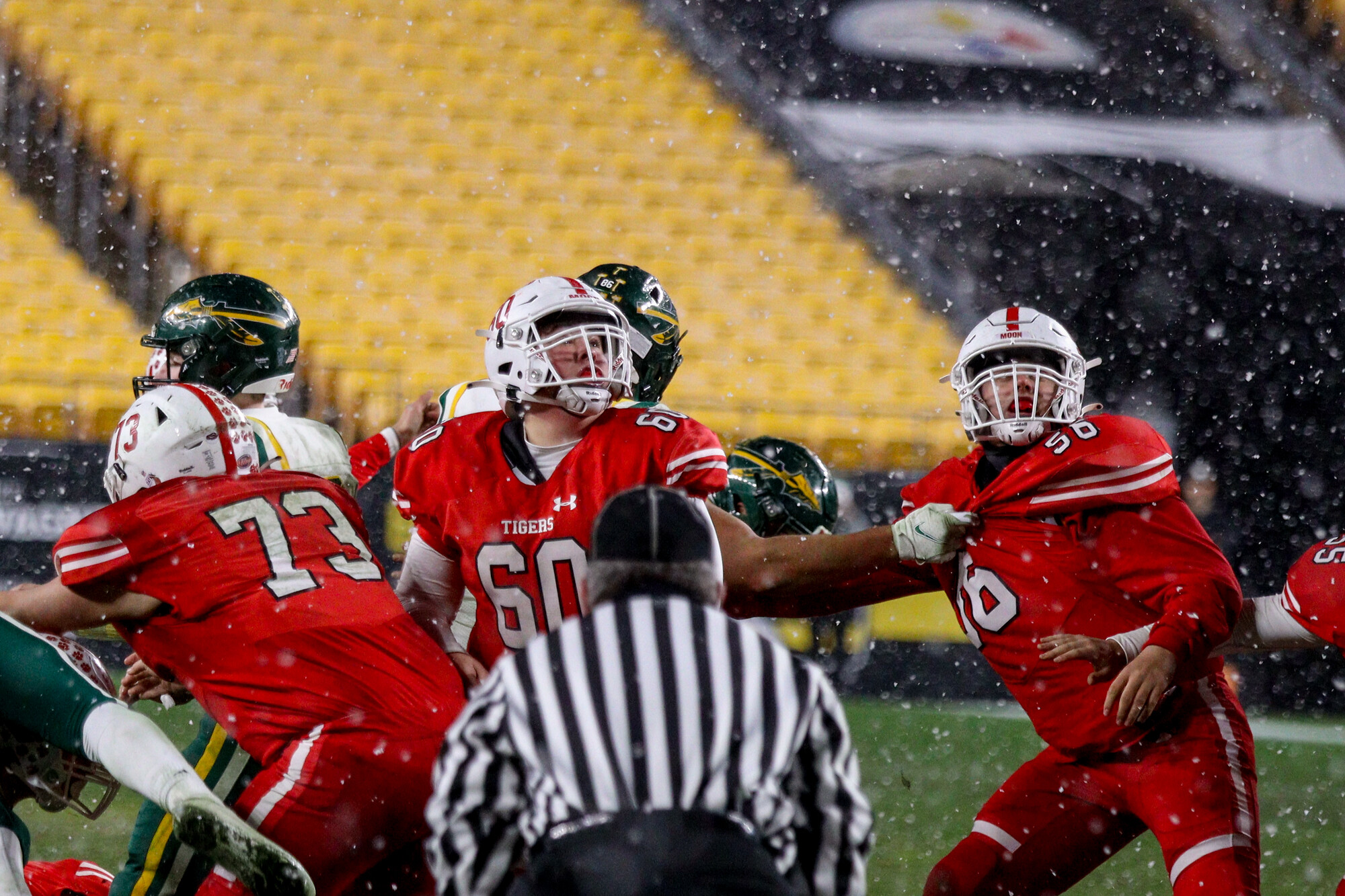 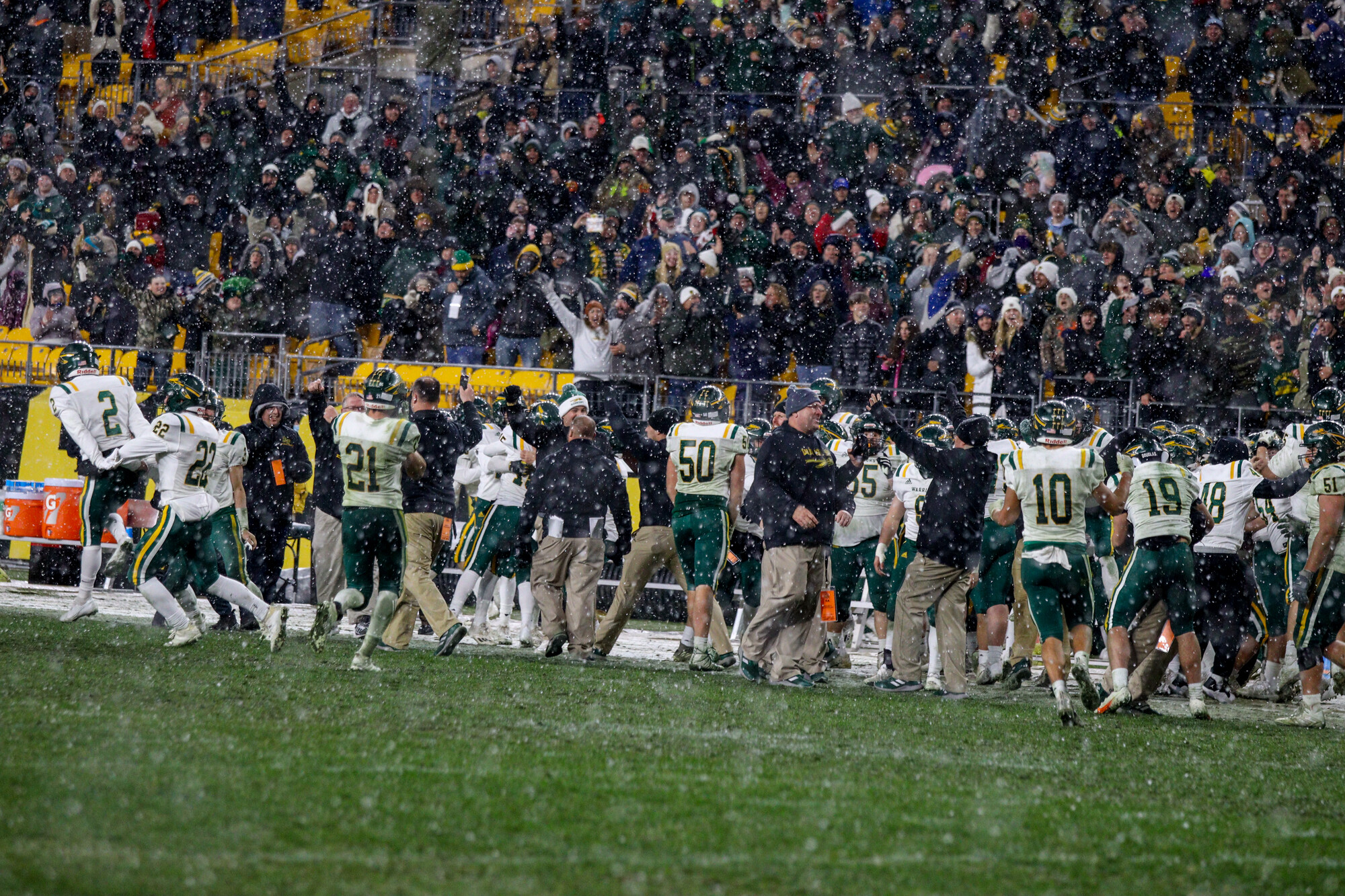 Preliminary plans were to head to Syracuse, New York for the five state championship games. However, so few Section 6 teams advanced to the state final, that it didn’t seem worth it. Plus, with two more big trips to finish the year. A local game on Friday and up to two games on Saturday seemed a simpler solution. Also, the WVSSAC was hosting their three state championships at Wheeling Island.