I figured at some point this season, I’d be making a trip west. I just didn’t think it would be this weekend. However, it was going to be an area I was now quite familiar with.

Junction City, located about two hours west of Kansas City, was hosting a Thursday night game against Topeka. I have been to Junction City before. In fact, I attended a Junction City Brigade baseball game at one of the best venues in collegiate summer league baseball: Rathert Stadium.

Another day, another stadium. This time it's Rathert Stadium in Junction City, Kansas. One of the true hidden gems. @JcBrigade #collegewoodbatleague pic.twitter.com/8yZEMi7XNP

So, being back in JC was definitely interesting to me. Though, I knew going in that my usual assortment of games was going to be limited. As, most of Kansas is practically allergic to Saturday high school games.

I headed out on Tuesday and was in Kansas on Thursday morning. And then planned to spend the weekend there.

I went a meandering route, to avoid the I-70 toll road between Kansas City and Topeka, and followed a stretch of US56 I had never been on before. From the Edgerton area off I-35 west to Council Grove. This would turn out to be important.

I then drove up through the Tallgrass area of Kansas toward Dwight, and on one of the windiest roads in Kansas, route 57, to Junction City. I got into town by noon. And by 5pm, had free time to head over to the school.

It’s a convoluted route, as the roads in front of the school were closed or detoured through a underdeveloped housing development in the area. This meant even getting the entry sign to the school near impossible. Since there was nowhere to park without blocking traffic into the parking lot.

But, I was there, getting ready for the night game at one of the better modern stadiums. It was bright. Big. And well done overall. Though the turf was so new and unweathered, it felt like kneeling on steel wool when I tried to get lower angle photos.

I wasn’t expecting a close game. The projection was 42-14, and calpreps was rather prophetic. Though, Topeka struggled to keep it close at the jump. But, a 7-0 first quarter lead ballooned to 27-7 at the break. It was military night at the stadium, and the halftime included canine exhibitions.

The second half was meandering, as Junction City was comfortably ahead. Though Topeka eeked out a single score. Before Junction City’s Keghan McConnell would return an interception 73 yards for the final score of the night. Junction City would win, 34-6.

For the game, the experience, was just uniquely midwestern. The game is still just that, a game. It’s a fun night out. That still matters. And one where the game itself is the event. It was also fun at just how many wanted photos taken. There were others there, but they seemed especially eager to ham for the camera.

For me, personally, it was my 5th game in Kansas.

Junction City and Topeka will be my 1,326th and 1,327th different teams I've seen in person. Blue Jay Stadium is my 432nd stadium.

I stayed in Junction City, and had stuff to do in the morning and early afternoon. So, my options for a night game were limited. And I wasn’t going to commit myself to a game until I was a) certain I could go, and b) that they would be cool with PA Football News. Though, in many cases, you can just show up. With the lingering issues from covid restrictions, I like to call ahead and check many times.

I had a few games to consider. One was the game of the week for KPreps, which meant that it was already getting considerable coverage. So, instead, I went with a school I passed on US56 on the way to Junction City the day before.

Now, one interesting thing about Kansas is that there’s a lot of consoliated schools. But, unlike you see in PA or Ohio, where the schools will absorb into one already standing school, in Kansas you will see this monstrous school complexes built in the middle of absolutely nowhere, geographically.

And Santa Fe Trail High School was no exception.

It was only 81 miles from Junction City. And wasn’t expected to be a close game. But, it was one of those ‘you’re on my list’ when I passed by the school I had to go back. Unlike western Kansas, I didn’t really have a lot of places in Eastern Kansas to see games.

Now, mostly because of Hayden Catholic being from Topeka, this 3A matchup had a decent amount of media coverage. A local station from Topeka covered the game, and there were two other photographers there not directly associated with the school.

I arrived at 5:30pm, and checked out the campus. This time getting a photo of the marquee out front, as well as some photos of the building itself, and the stadium and vestibule. The school as two large domed structures visible from the stadium. Shown in the photo above.

The field was grass, running east/west, and a large home side stand with a large concession area with high top tables to stand at. The only real complaint I had was that the restroom stalls have no doors. By design. And the walls extend out about as far as the toilets extend. Which is not ideal as everyone walking in can see right to the toilets first. An odd design, I figure.

The team was introduced onto the field without a PA announcement. Instead, the music changed songs and out they ran. Which had caught me off guard as the cheerleaders had only just laid out the run through on the grass in preparation.

The game? Wasn’t that competitive. From the beginning, Hayden was such a much better run squad logistically. The offense hummed along, and scored two quick touchdowns. And two more later in the first quarter. Two of them just on one-play drives. A 28-0 lead gave way to a 42-0 halftime lead. And, thankfully, a running clock. Santa Fe Trail, also known as SFT according to various signage around the field, would attempt a long field goal to end their shutout. But, it was short. However, in the fourth quarter, Berckefeldt would score on a 3 yard run for the Chargers, ending the shutout. However, that was it for the scoring as the running clock was unrelenting. Not even stopping for scores. Only for official timeouts, team timeouts, and penalties.

Both of these schools were new for my personal records. Bringing my lifetime total to 1,329 different teams I’ve seen play. And Jim Baird Memorial Stadium was my 433rd stadium.

Since I’m in Kansas for work related reasons, I don’t really count much of these costs independently. So, total, was $92.63 for total cost. Most of that was food between Thursday and Saturday, as well as the 81 miles there between towns. 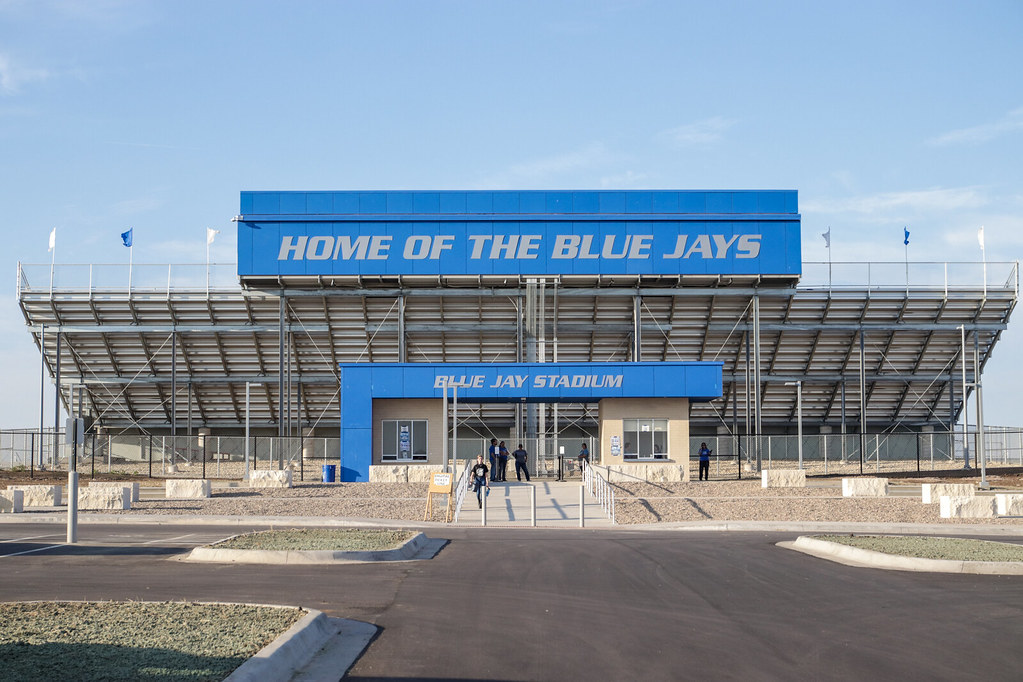 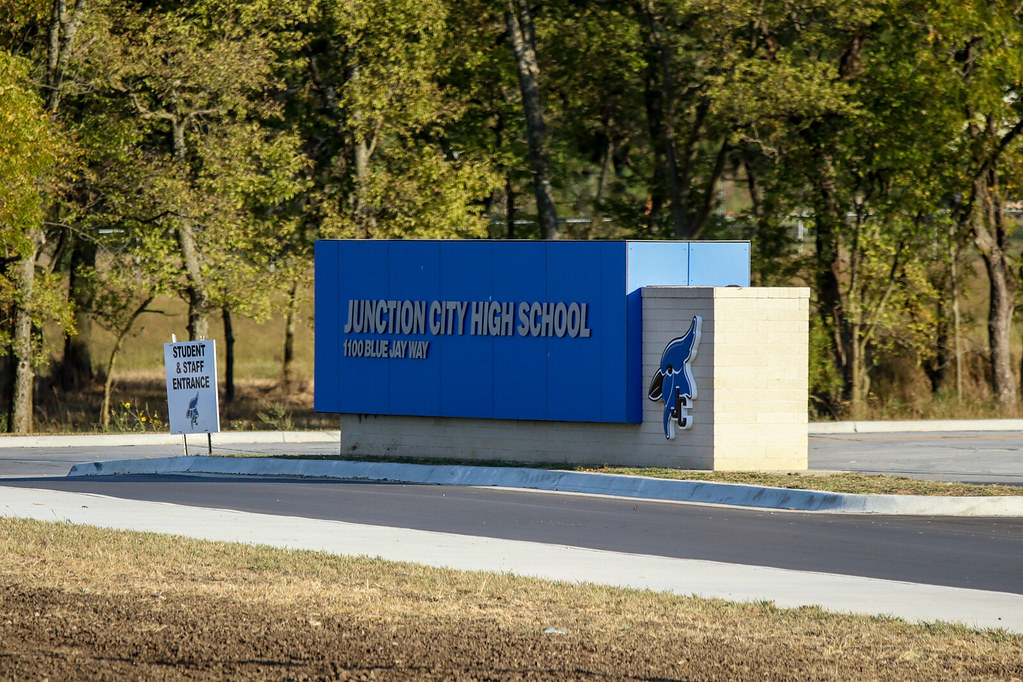 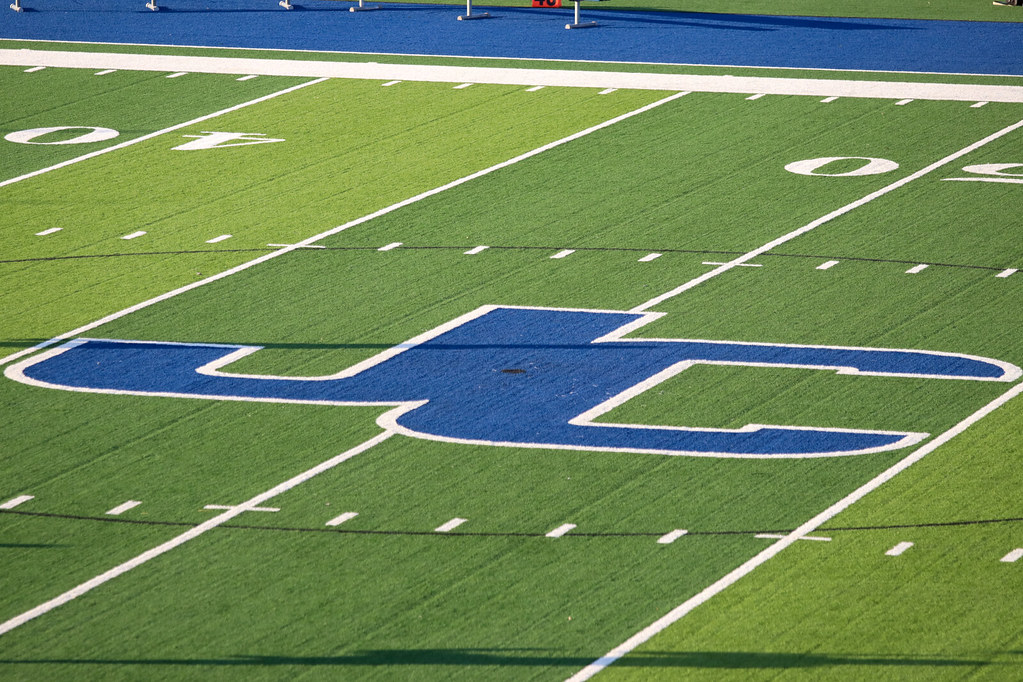 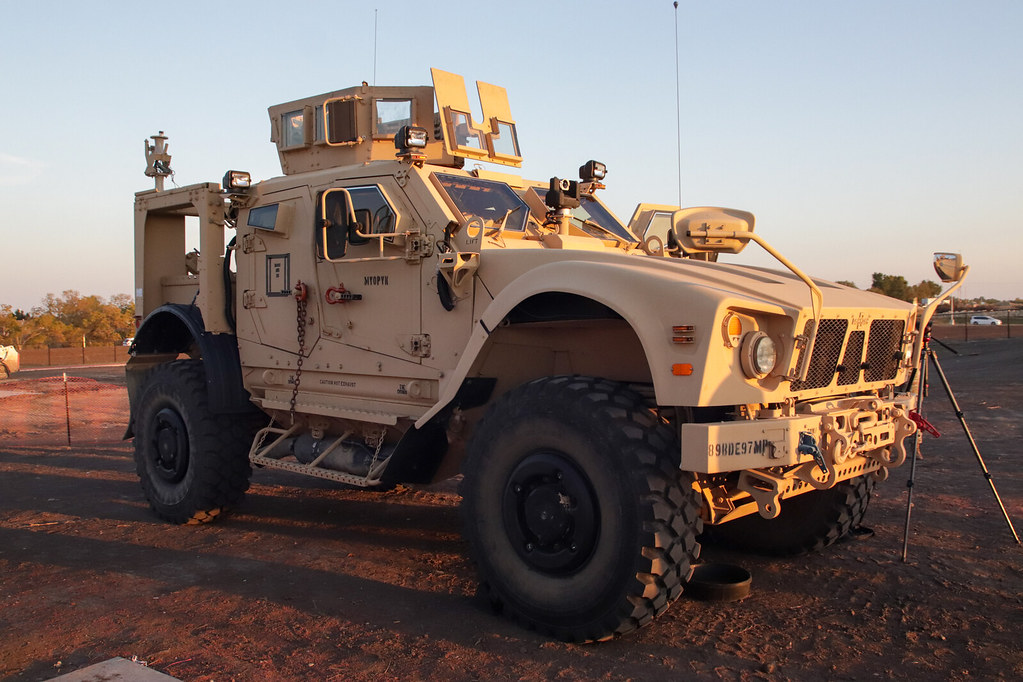 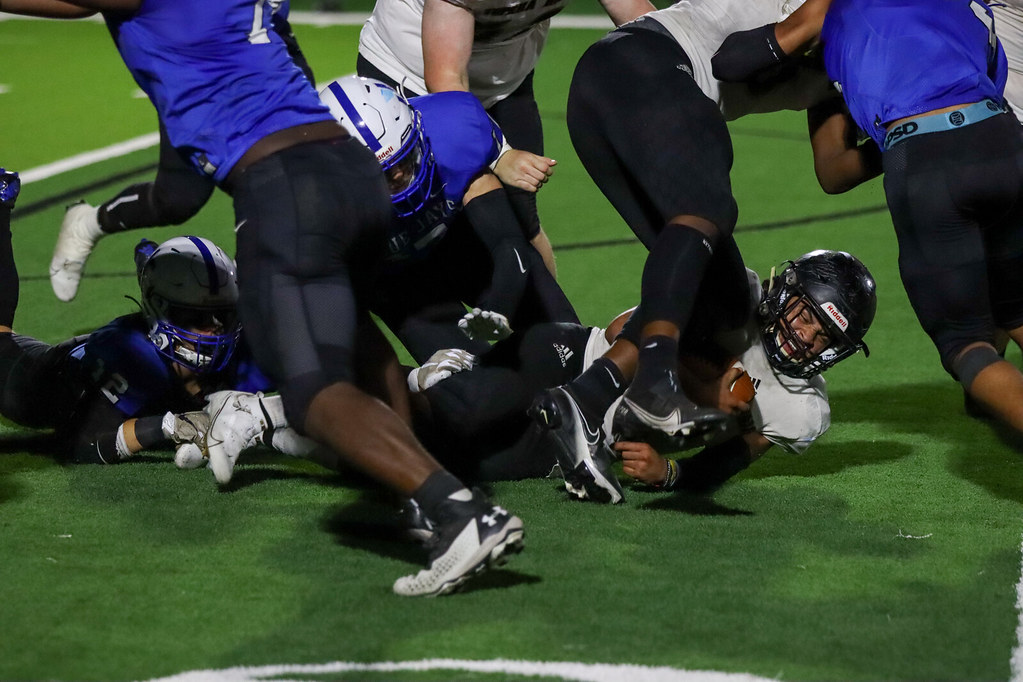 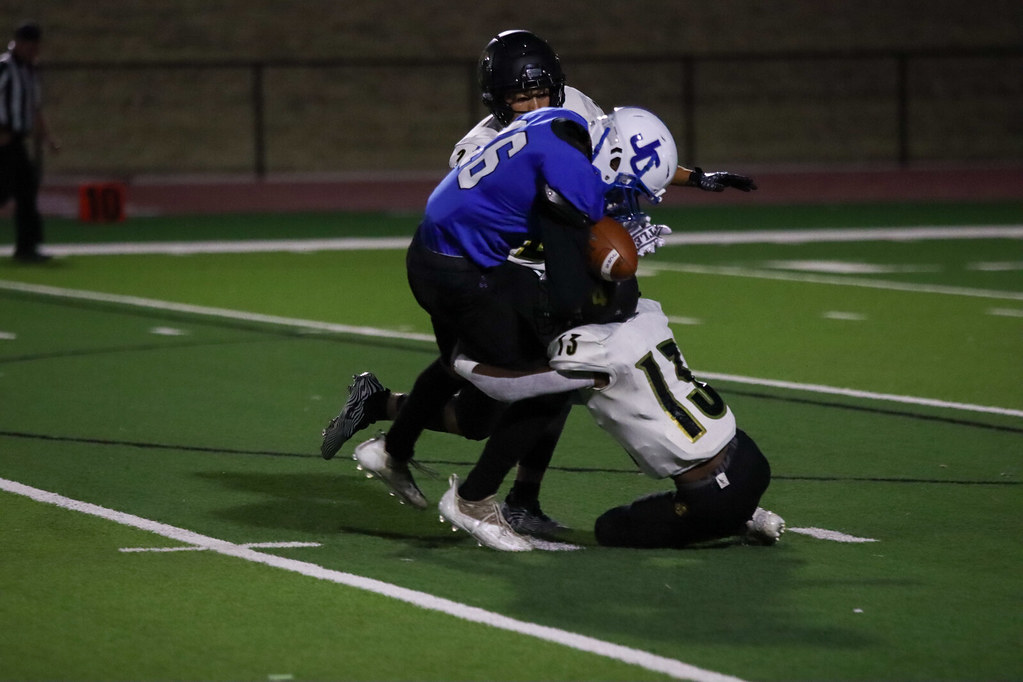 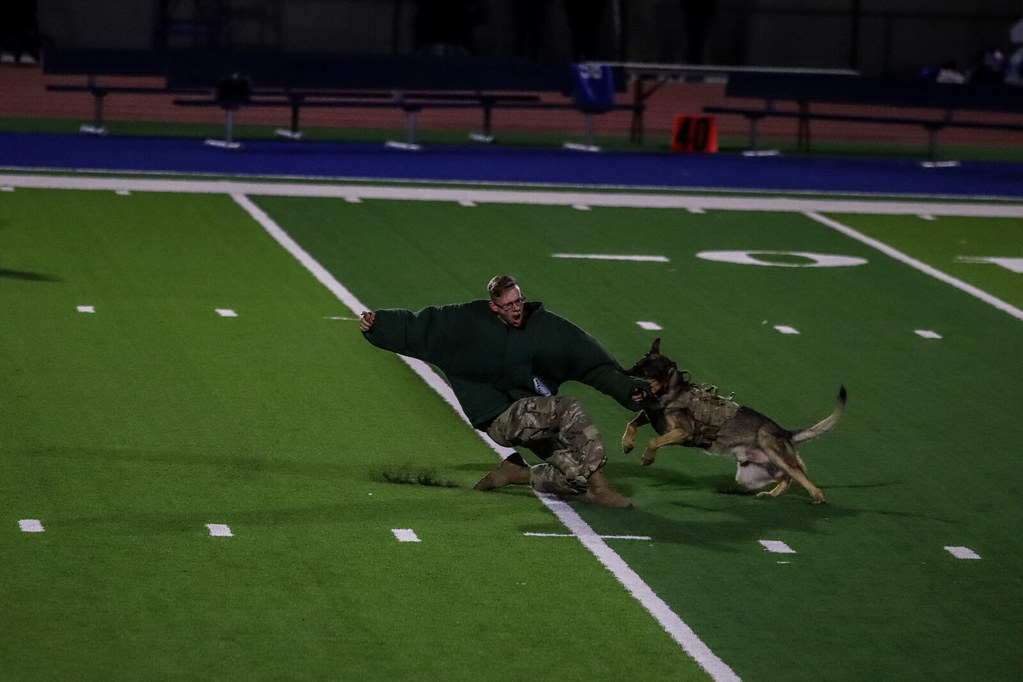 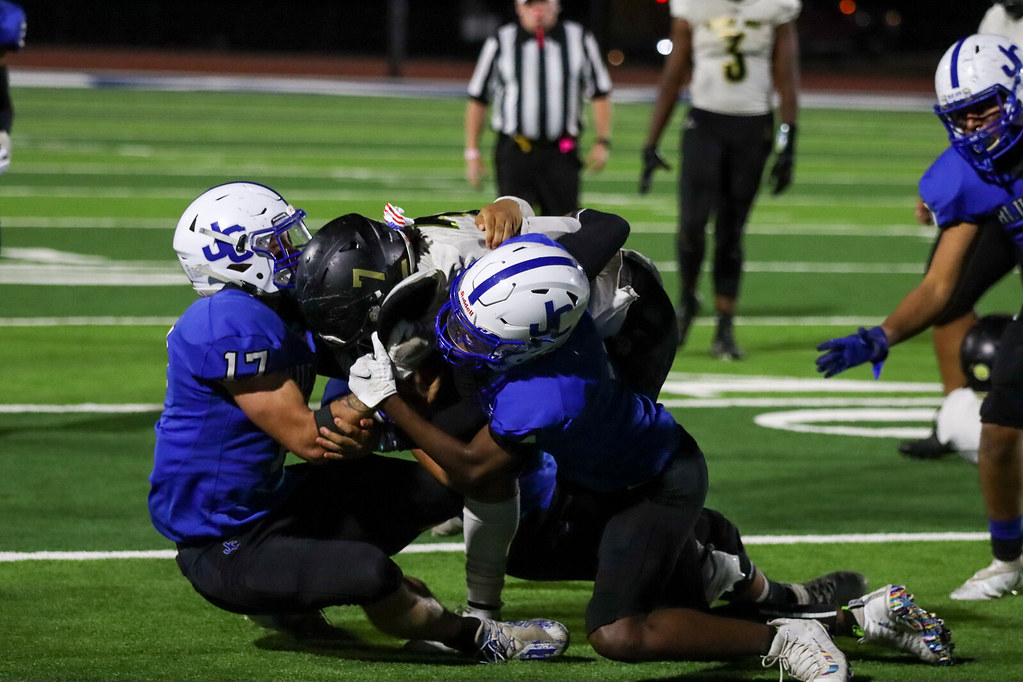 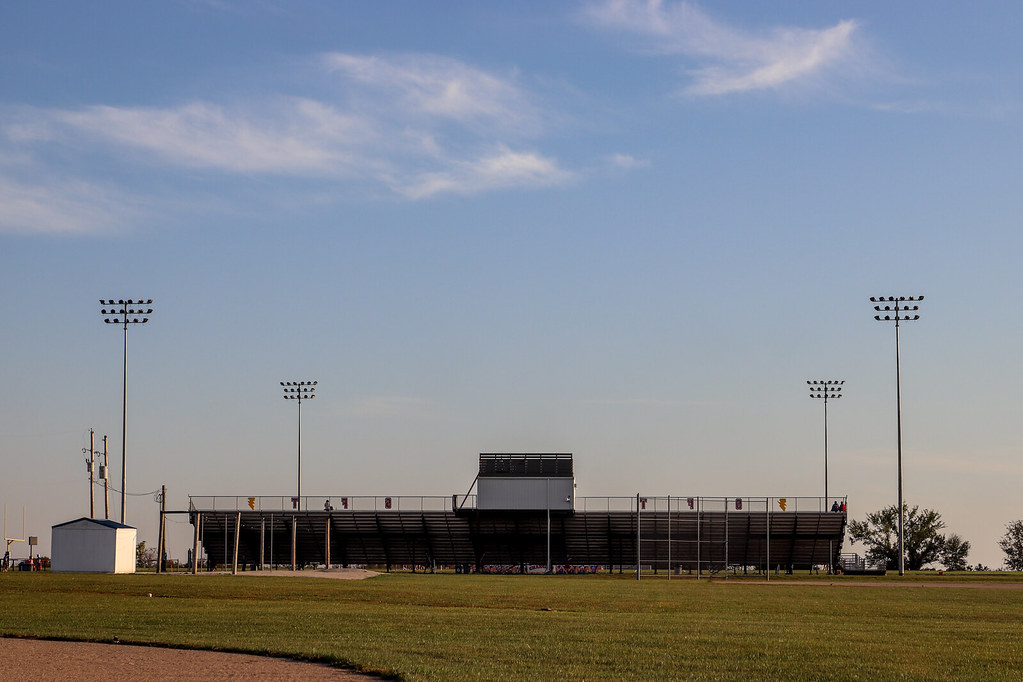 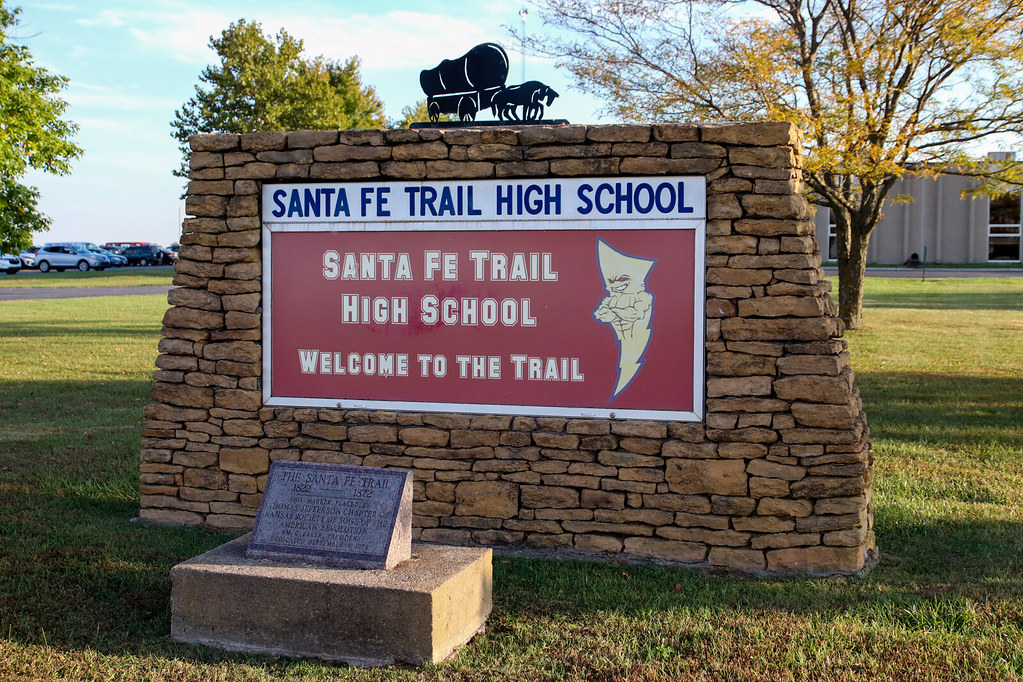 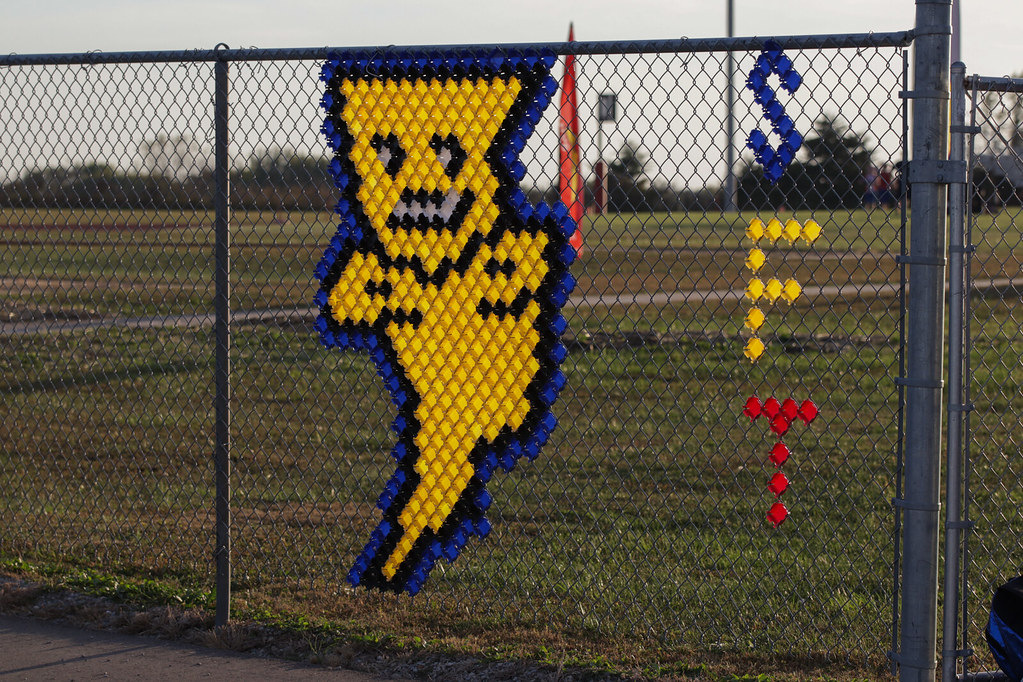 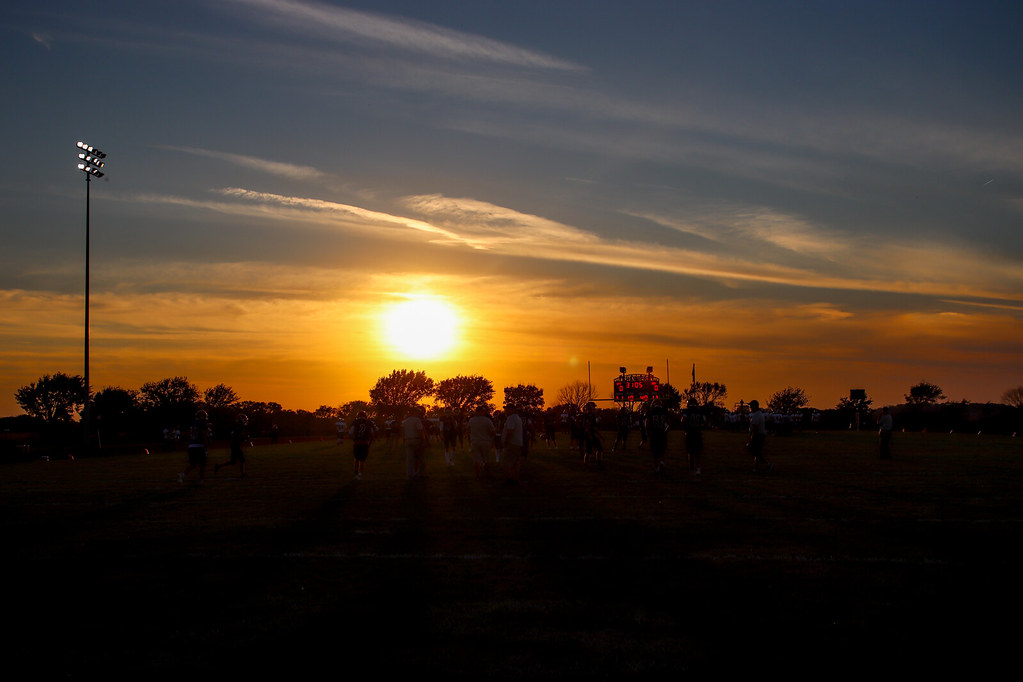 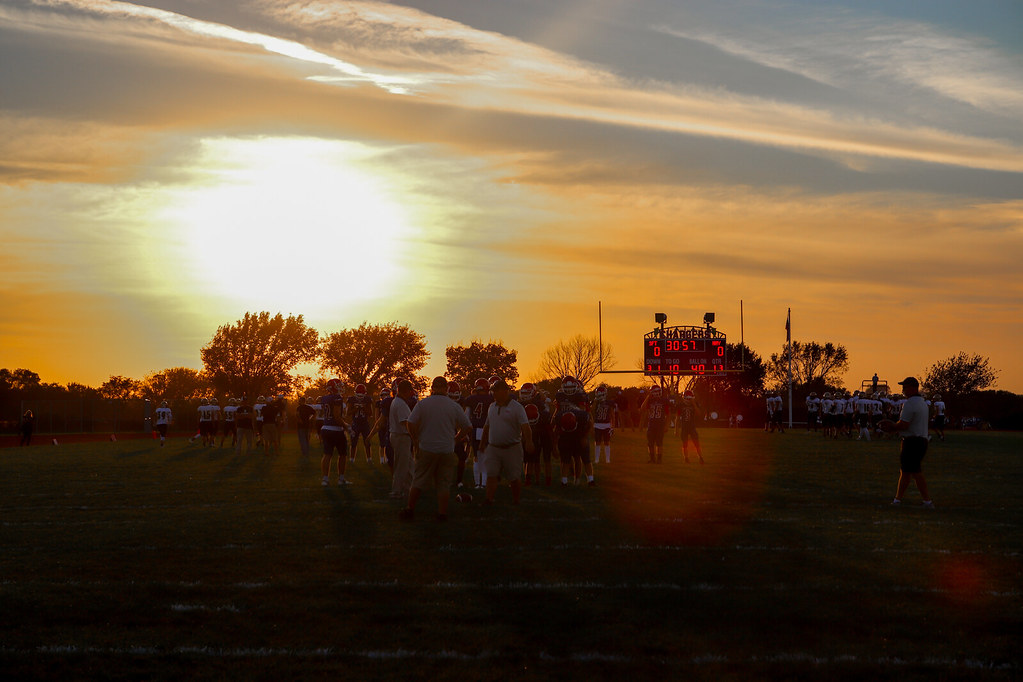 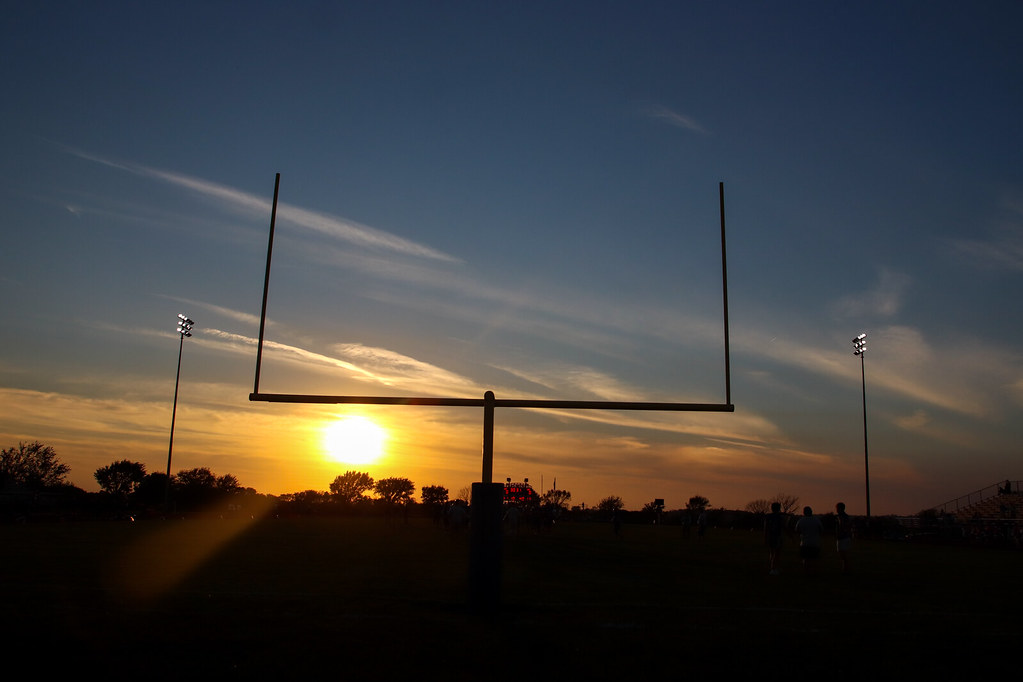 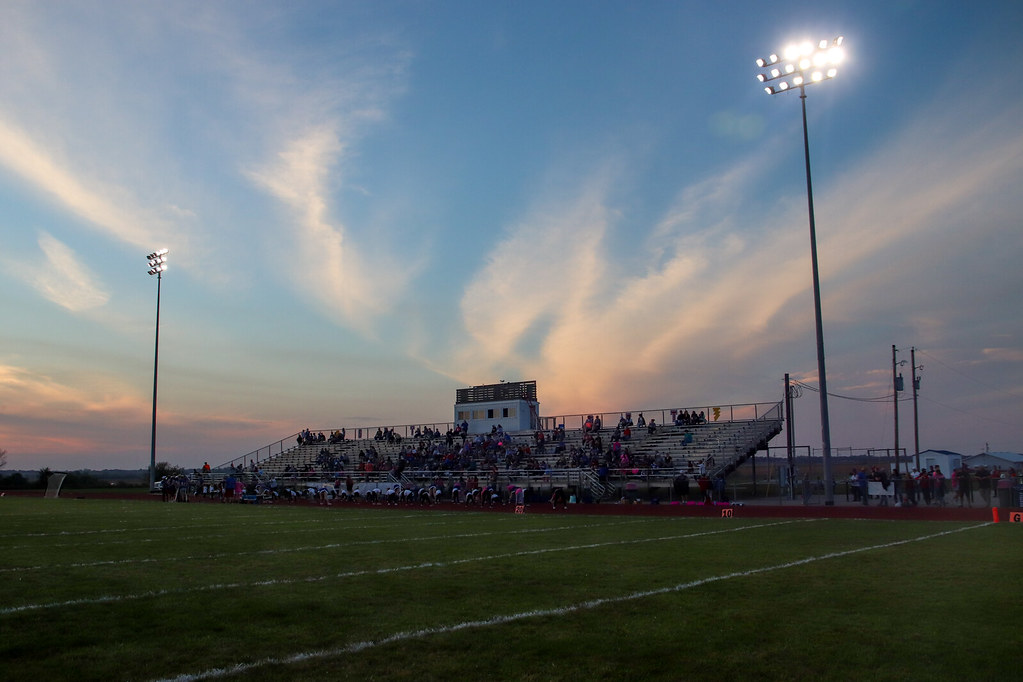 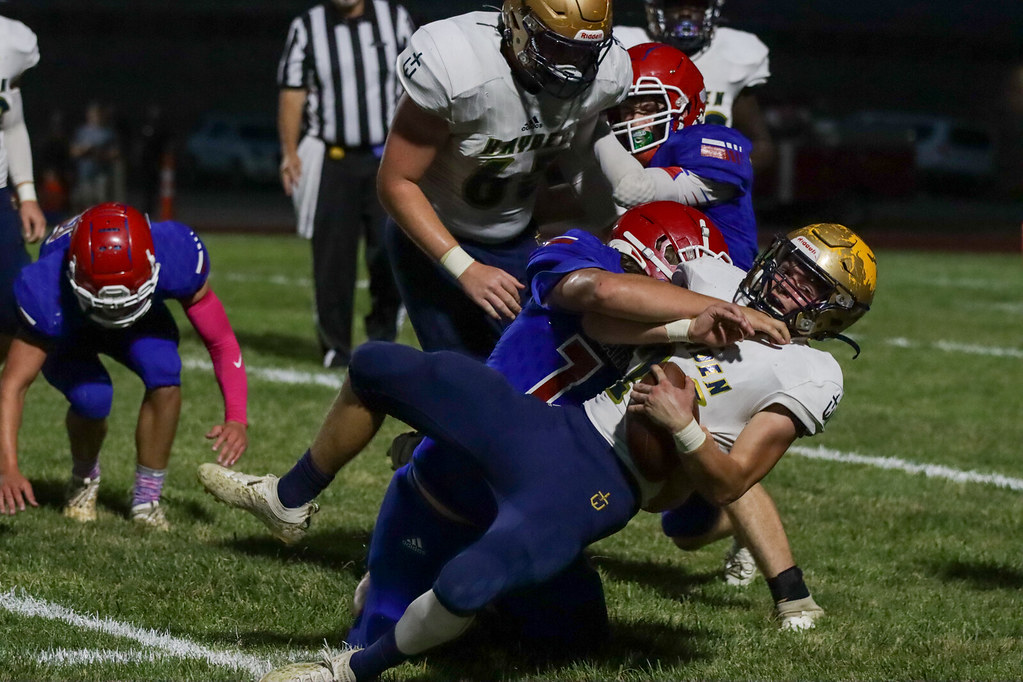 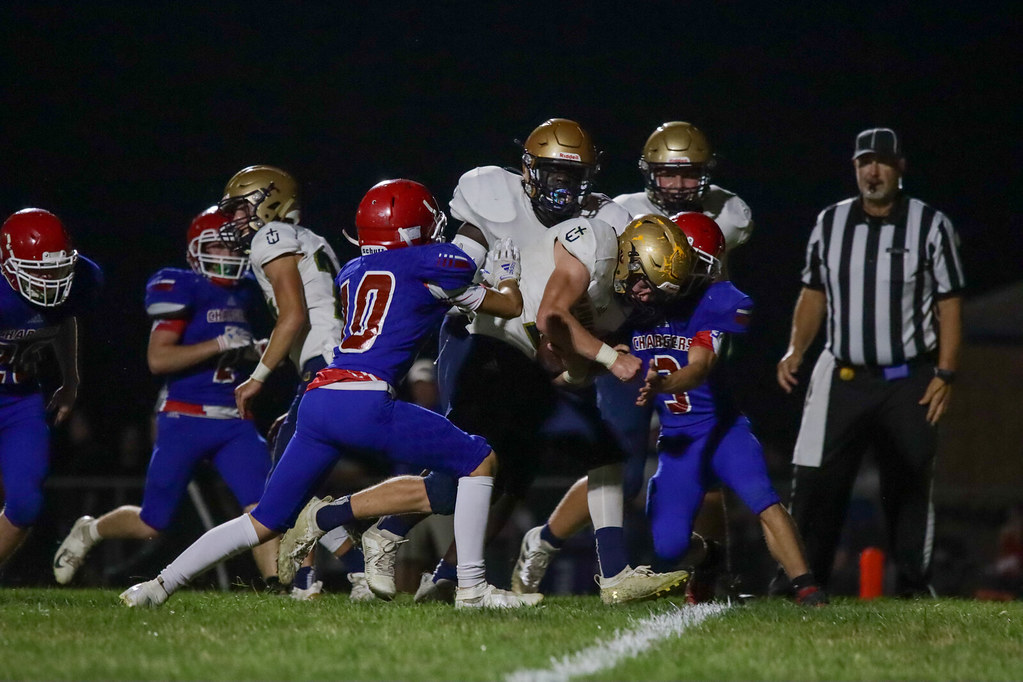 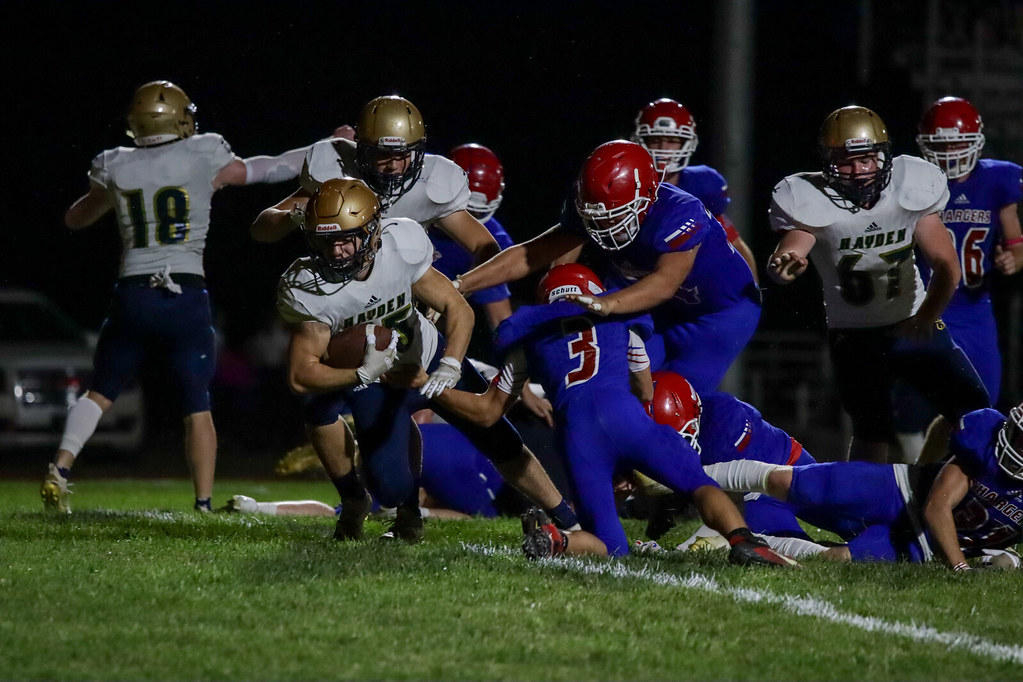 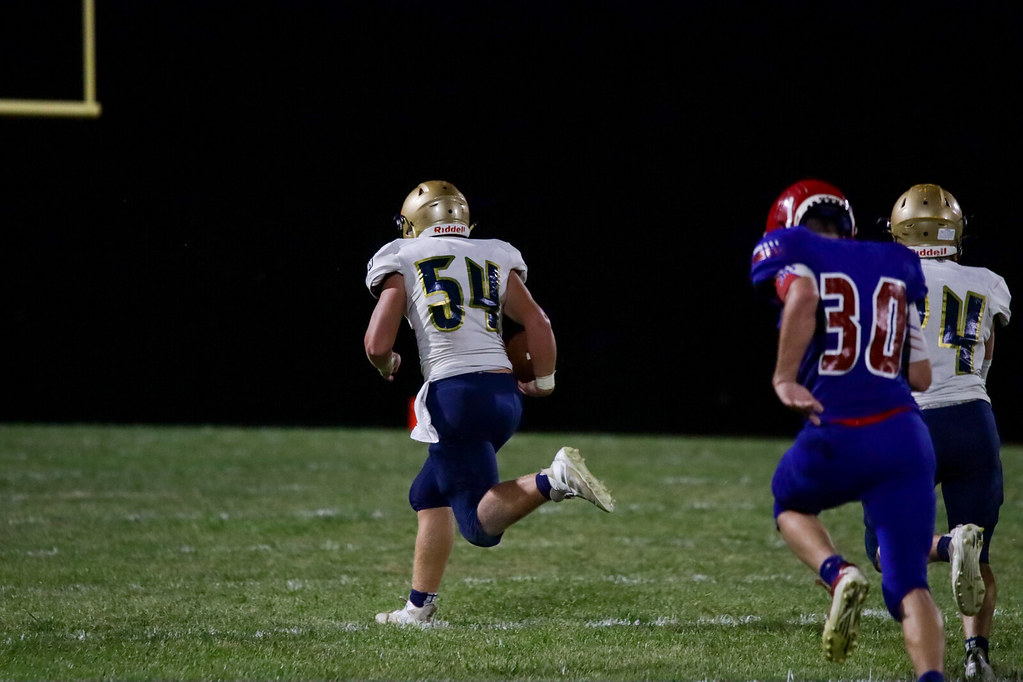 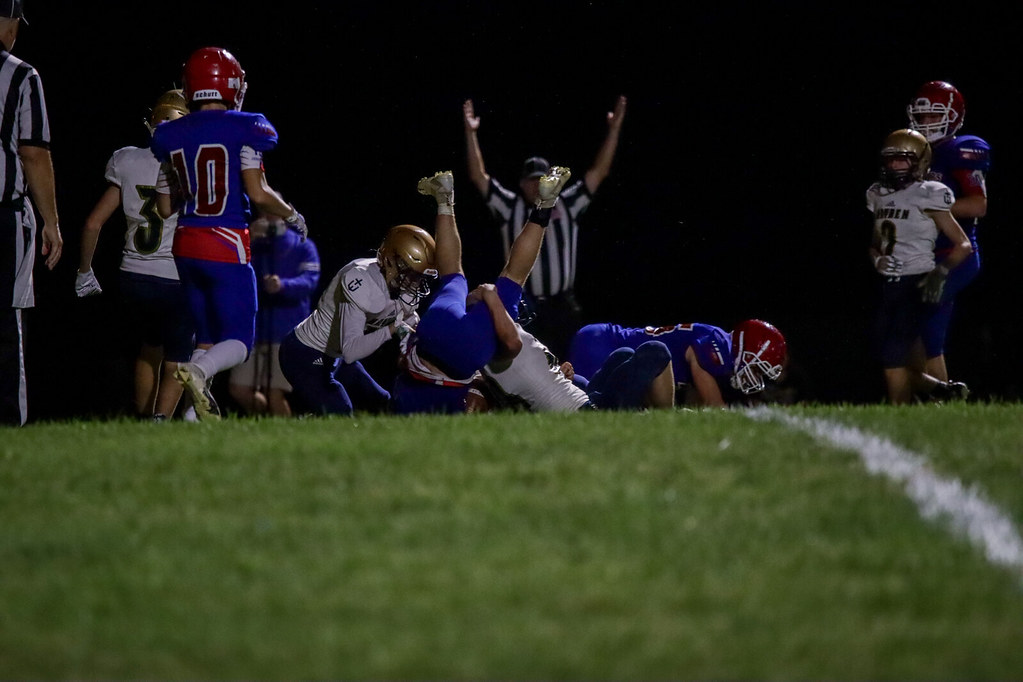 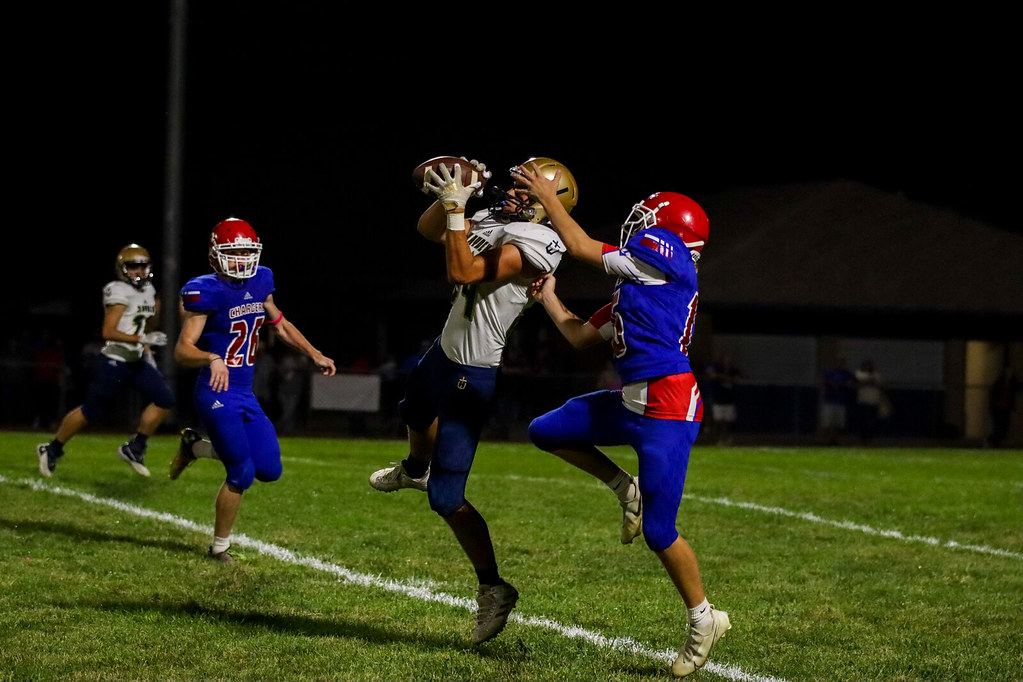 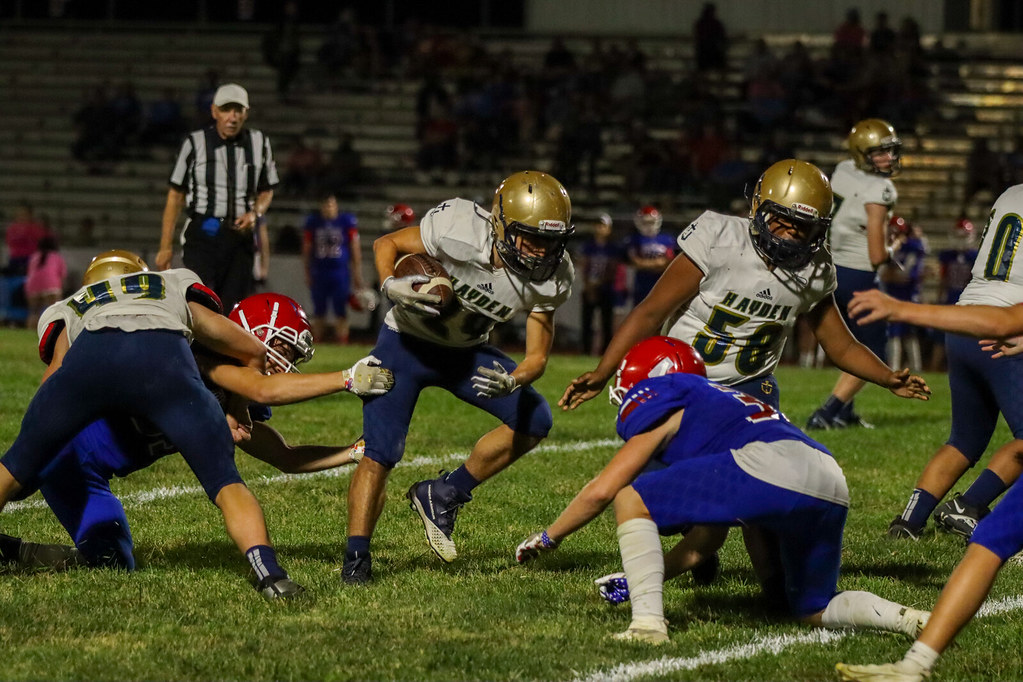 I really don’t know. Somewhere in the Midwest is the plan. But, I want to get outside Kansas. Just depends on where life takes me. Have scouted out a ton of options. Whether I am in or not in Kansas.