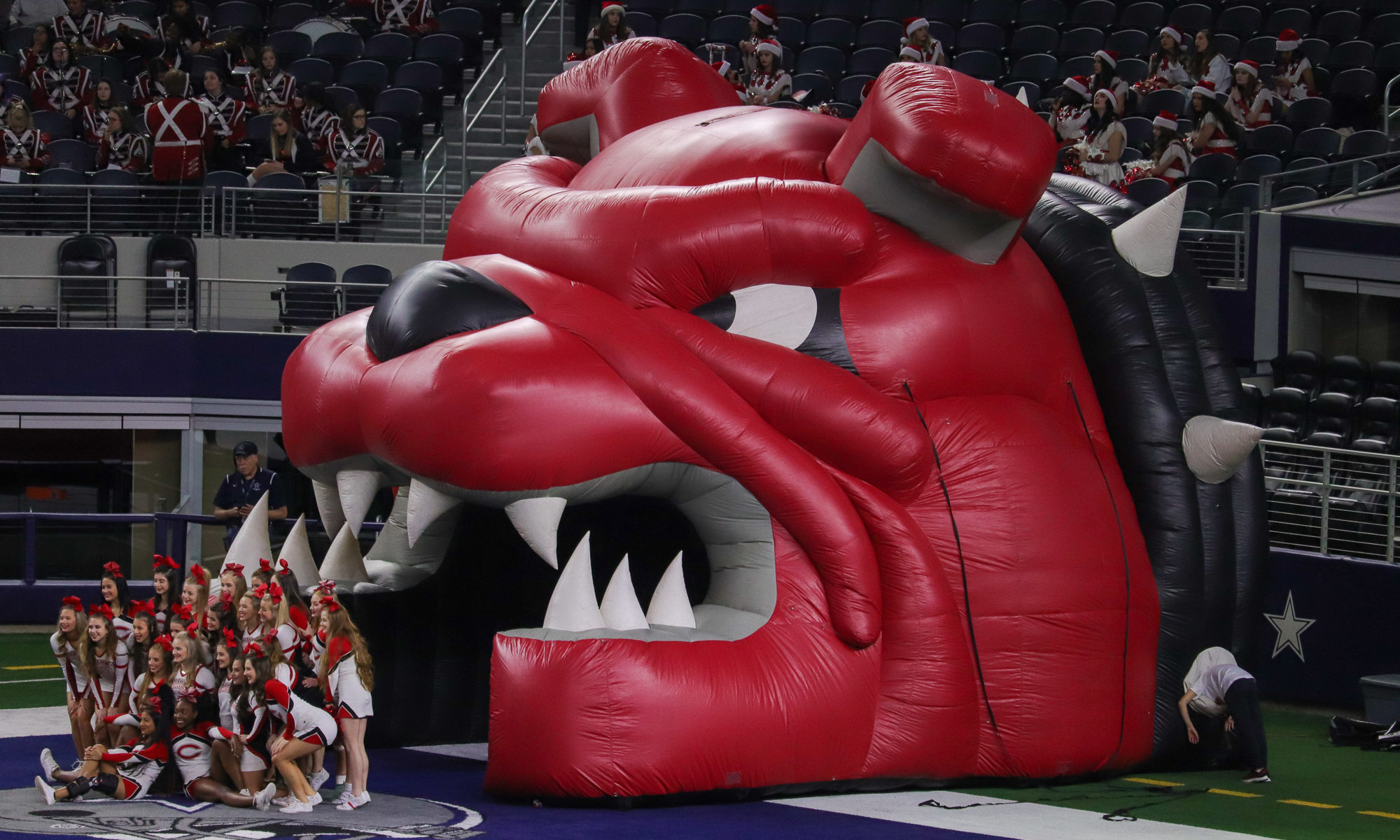 After the games in Georgia. There was only one destination remaining: Texas. This was the 9th straight year I’ve traveled to Texas for the state finals. Tenth overall. I was going to say it’s where I’ve ended my year for the 9th straight time… however in 2014 I did see the Geico State Champions Bowl Series games at Boca Raton one time.

There’s not a lot to be said about Texas that I haven’t said previously. It should be on the bucket list of every high school football fan in the country. My friend was making his first trip to Texas for the UIL finals. And he’d agree that it was worth the drive and lived up to his lofty expectations. Seeing a game with 47,000 other fans is something you just can’t comprehend until you’re there.

So, less about the games and more about the trip.

Leaving Atlanta, the plan was to head toward Louisiana, as I did last year from North Carolina, and spend two nights somewhere cheap. Monroe, Louisiana was that destination last year. This year, nothing was specifically that cheap. Mostly because a single bed/room is cheaper, Monroe wasn’t the best option. Plus, we were making great time.

Along the way, we stopped in Tuscaloosa to see Bryant-Denny Stadium.

For all of my travels, this was my first time seeing the stadium. Of SEC stadiums, I’ve seen LSU, Mizzou, Arkansas, Miss St, Ole Miss, Tennessee, Auburn, Florida, South Carolina and now Alabama. I never purposefully sought out a stadium I wasn’t going to see a game at, especially a major venue, so this was a new thing to seek out.

After that, it was a short drive west to Meridian, Mississippi to stop at Buffalo Wild Wings and see the Browns game. Meridian is a town I’ve been, before. It is currently the only city in Mississippi I’ve attended a high school game at. Meridian hosted Jim Hill out of Jackson. Their Ray Stadium holds 14,000 fans and is a great stadium if even the game I saw was sparsely attended.

After that, it was a stop in Shreveport. And a decision. Book the room for two nights and go sightseeing around the Boosier-Shreveport area. Or, just book the room in Texas for an extra night. Which is what I did. The room in Arlington is a hotel I’v stayed at most times since traveling to Texas. It’s cheap, and one of the closest hotels to the stadium. And by getting there a full day ahead of the games, entailed some sightseeing after picking up our tickets at the stadium.

At the Cotton Bowl in Dallas, Texas. #roadtrippin pic.twitter.com/2V0oIpxqre

One of the most impressive and overblown high school stadiums in the country. Eagle Stadium in Allen, Texas. Definitely on my bucket list. #roadtrippin pic.twitter.com/cAsxWNSv3n

And next up is Plano's John Clark Stadium. #roadtrippin pic.twitter.com/1OBTvUpFP7

Tuesday was an entire day to do whatever while waiting for a few friends to make the trip up from Houston. Now, I’ve known of Heim BBQ for a while. But the suggestion to head over there made my decision easy.

Finally made it to Heim Barbecue in Fort Worth. #roadtrippin pic.twitter.com/FMUFmuYNxt

Pardon me for a few. #roadtrippin pic.twitter.com/j87ow8dZNL

The Bacon Burnt Ends were amazing. By far the best thing there. And it’s not in dispute. I’ve had Burnt Ends, which are brisket. But, Bacon Burnt Ends? Heaven. Not cheap, however. Going for a cool $27.99 per pound. That photo was a half pound of them.

After that, it was back to sightseeing.

Now some Fort Worth stadiums. Clark Stadium on the southeast side of the city. #roadtrippin pic.twitter.com/SRI3mhwT7H

Then, dinner with my friends at Saltgrass. Nashville Hot Chicken sandwich was good. Though, they load it up with coleslaw that it just becomes a mess. Funny, though, that you can’t get coleslaw as a side.

Then, the next morning…. it was the first of four days of some of the best high school football atmosphere you’ll ever experience.

Another season has come to a close. Farewell from Texas. Onto 2020! pic.twitter.com/AwU3zmggGG

I’m a Denton Guyer fan. Can’t really say why specifically, but I saw them play as part of a quadrupleheader at Cowboys Stadium years ago. And then as part of a doubleheader at SMU with Denton Ryan. Maybe it’s just the logo? But I’ve always followed them to see if/when they make it deeper into the playoffs. I’ve seen them win two state titles, and were the first team in Texas I saw three times. So, of course I’ve got a soft spot for them. Also, at least following them from afar, they play a riskier type of offense with a run-emphasis for a big school. But, their starting quarterback went down with a knee injury early and never stood a chance after that with a freshman backup. Why a freshman? Who knows. Ask Duncanville as well. It was the only shutout of the weekend. And a terrible way for the weekend and season to end. Plus, I’m not a big fan of Westlake, anyways.

The first six-man game was a shock. McLean were 45 point favorites and lost outright. The vagaries of six-man. Blum just had their number after some early struggles. Richland Springs and Aledo both extended their state-tying championship record from 8 to 9. Mart won their 8th. Refugio and Carthage both have won a lot of titles. Hamlin nearly won a state title, keeping the closest margin against Mart of all teams on their schedule this year, and yet they are officially a six-man school playing up to 11-man. Impressive.

Of the 24 teams playing this weekend, I’ve seen 18 of them previously. Only Blum, Motley County, Post, Hamlin, Pottsboro, and Omaha Pewitt were new teams for me. The entire two final days were teams I had seen previously.

Logistically for the games, though, tickets were still $15 per day. However, parking was now an absurd $20 by card and $25 by cash. A $10 increase from last year. Which was already higher. Previously it was always $10 cash previously. Luckily I didn’t have to pay it. But, still. Programs are $10.

Attendance is down, a tad, however. Last year saw a huge additional crowd due to Longview going for, and eventually winning, their first state championship in over 80 years. This year saw a huge crowd for North Shore-Duncanville, a symptom of last year’s instant classic finish. Plus, playing that game at 3 instead of 7 might have helped some Houston fans make the trip up. However, the first year that saw the six-man games on live television may have helped keep their attendance down. Neither game hit 5,000. And the 1AD2 game ended with under 1,500. Sure, those games are relying on fans in general to attend. But, that was a ridiculously small crowd for six-man title games.

With the second game ending with the 45 rule, meant for a long, long wait for the Refugio-Post game to start. For those uninformed, six-man has, in most states, a 45-point rule. Any time the margin is 45 or more in the second half, the game ends automatically. So, in a lot of games, especially playoff games, the goal is to reach that 45 point margin. Because you know you win. No risk of anything else happening. And in six-man, 45 points can happen quickly.

After the games, it was back to the hotel to drop off our friends, and head on out. A quick three hour drive to Texarkana through the night. Just two stops, one for gas and one for a bathroom break.

And just like that, I'm back. Texarkana to home. 1,070 miles in just under 18 hours. #roadtrippin pic.twitter.com/yUQh6lAfDw

With a co-driver, I watched the Browns game, reluctantly, on my tablet traveling through Arkansas. We only stopped for gas in West Memphis (AR), Lebanon (KY), and at Buckeye Lake (OH). Then, switch my stuff to my car and drove the remaining three hours home. Got home just about 6am Monday morning. Left Texarkana at 11am local on Sunday. 18 hours. Not a bad drive, at all. 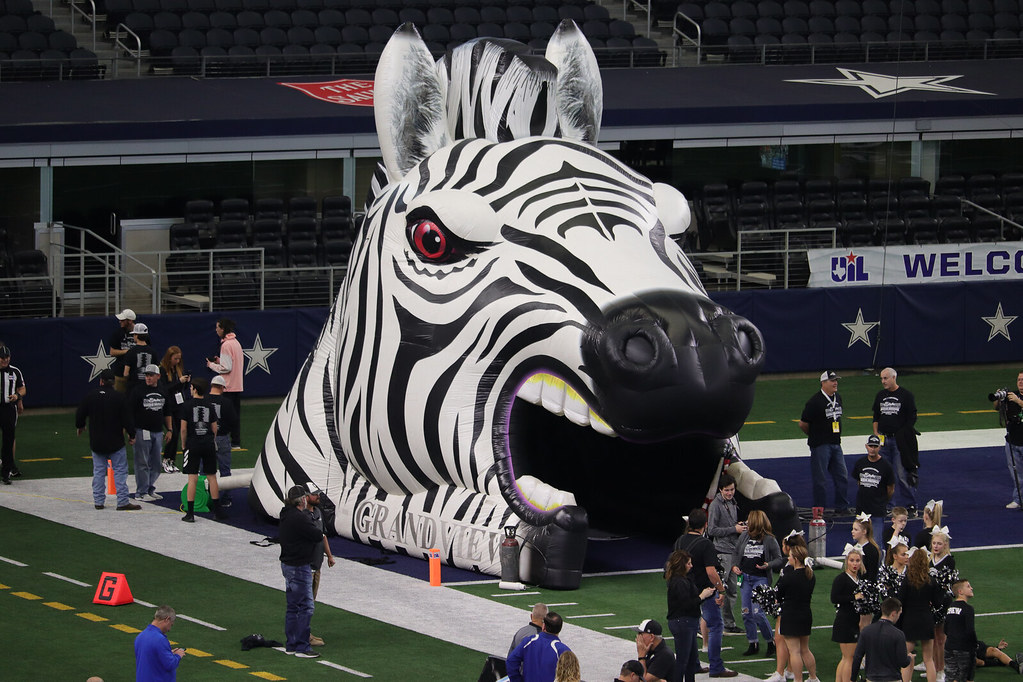 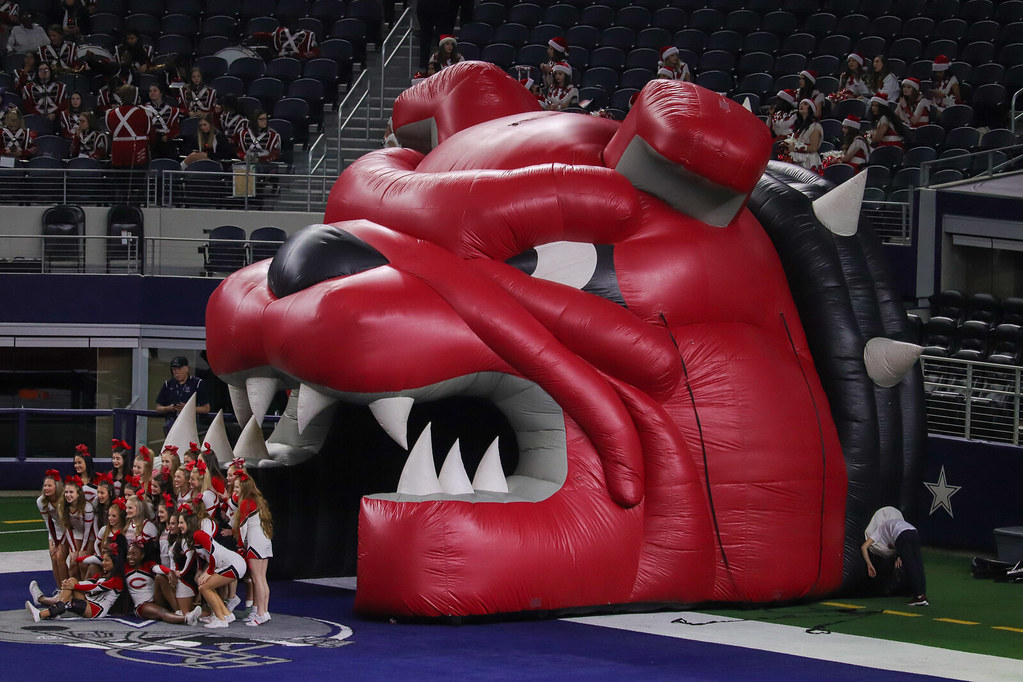 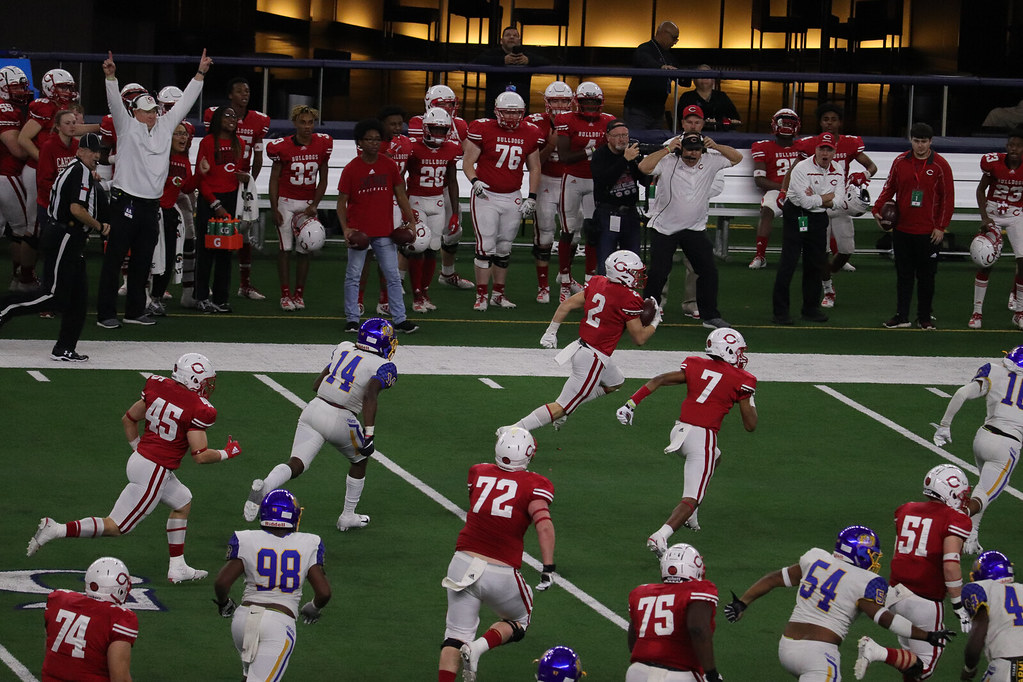 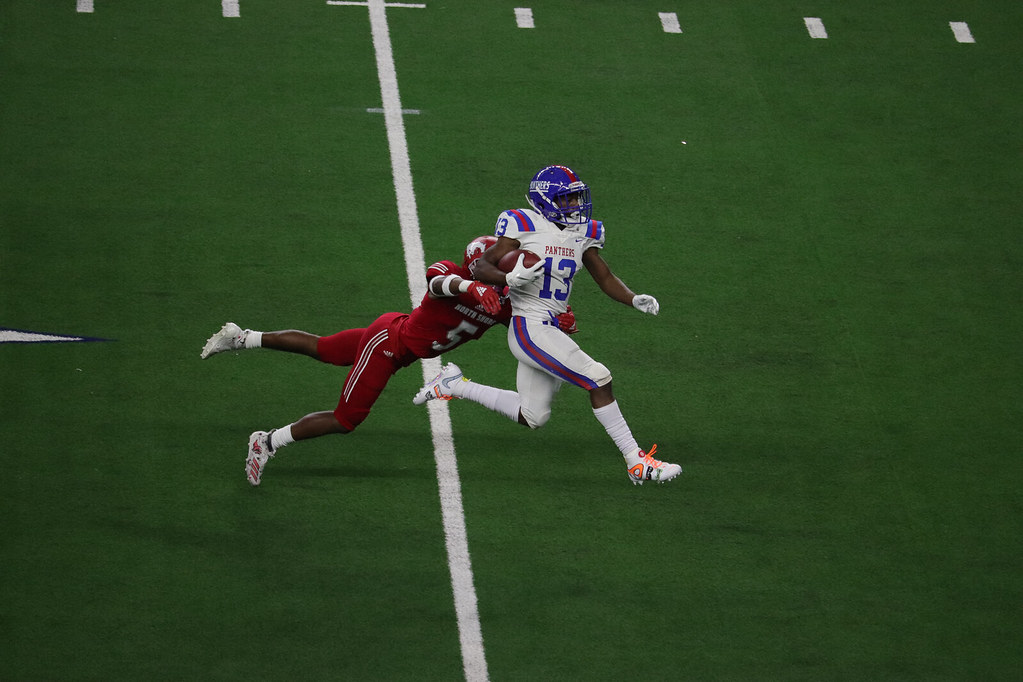