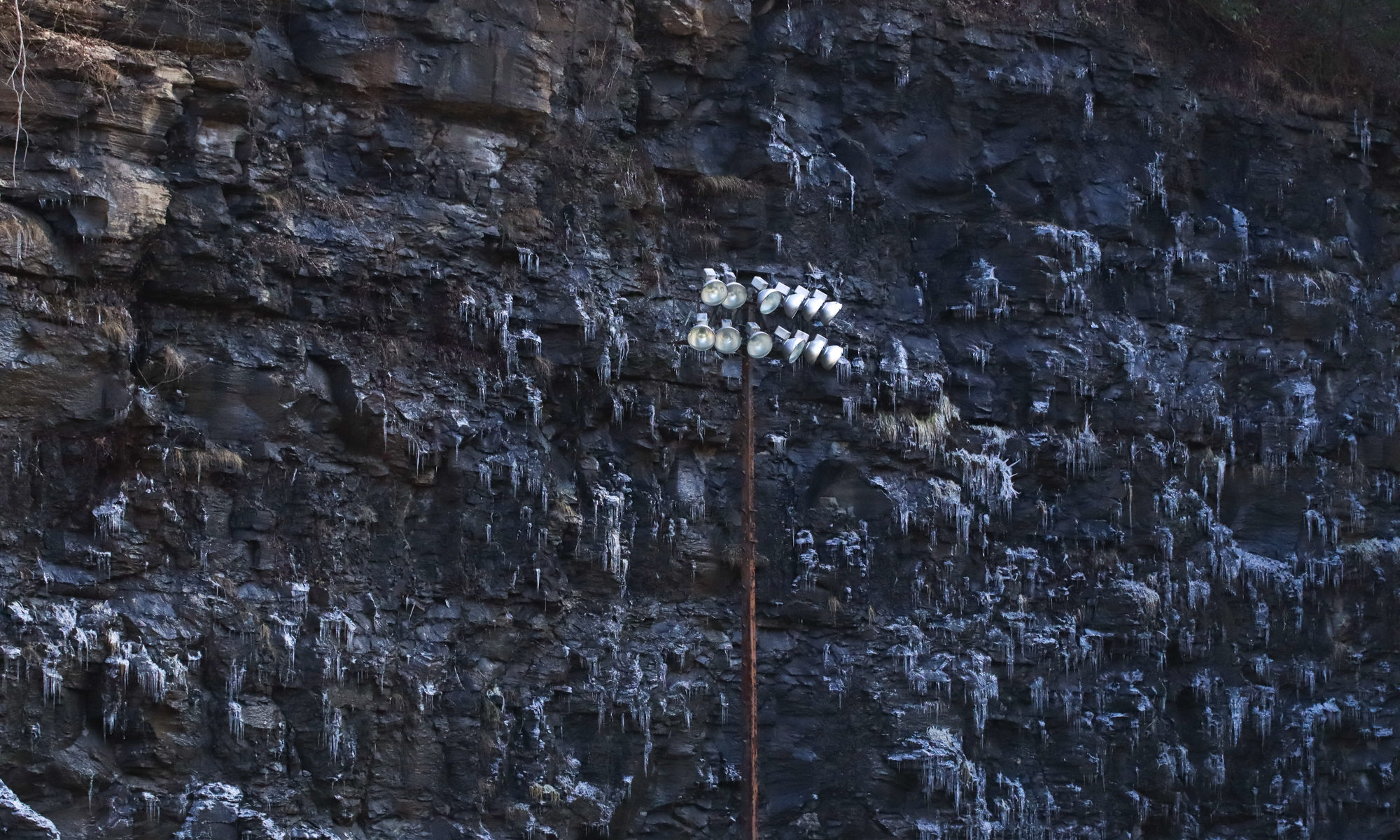 With Spring Football starting up around the country, there wasn’t a lot of options for games. Pennsylvania was still a week away. And Maryland was primarily a few Baltimore area and Delmarva Peninsula schools.

So, it was back to Virginia. It was going to be a very limited schedule. So, we decided to make the most of it. Saturday games weren’t an issue. But, finding a Friday night game was difficult.

At first, we were going to do the Graham game against Lebanon at Mitchell Stadium in Bluefield, West Virginia. That game was Saturday afternoon. But, hadn’t heard back from them. There was another Saturday game on the list. Next on the list was Wise Central. So, checked with Central, and was good to go. The game was Friday night. Which was a bit problematic as it was a bit further for a Friday night game than I anticipated driving. Nearly 7 hours from home to Norton.

I was considering Giles in Pearisburg, just east of Bluefield. But, with no word back on Graham, settled on the one game we got confirmation and approval for.

So, Friday morning, off I went for a 400+ mile drive. Along they way, my friend Dave called that he was able to make the trip, and would be driving himself down as well to be the writer for the game. Originally just planning for the Saturday game.

The drive to Norton is a fun one. Taking I-77 to Charleston and taking an Appalachian Development Highway, US119, southwest through West Virginia to Belfry, Kentucky. From there, it was to US23 in Pikeville. Two towns I’ve seen games in previously for the Pike County Bowl.

From there, it was US23 south over the Pound Gap, into Virginia.

Tonight I'm in Wise County, Virginia for a game between the Wise Central Warriors and Abingdon Falcons. Kickoff is set for 7pm. #93 @PaFootballNews #BeyondTheKeystone pic.twitter.com/IfeGST3DL6

I got into town about 90 minutes before kickoff and stopped at the Walmart. Where I was strongarmed by some girl scouts into cookies I had no intention of buying (I swear). After buying five boxes, it was on to the school, which was right behind the Walmart.

This was the second straight game that I’ve seen the Abingdon Falcons play. A first time ever for the Central Warriors and their beautiful, mountaintop Central Warriors Stadium. Abingdon had dominated Gate City, 62-20 last Saturday night, but struggled in a game where Central looked better. At least for the first half.

A TD was thrown my way, but my zoom lens couldn’t track back far enough to get it into focus. Then Abingdon scored across the field from me on a short pass, also in the 2nd, to tie the game.

After that, however, Central struggled moving the ball, while Abingdon got into a rhythm. Not world beaters, but were able to sustain some drives, hold the ball, and after scoring the go-ahead touchdown (the kick wasn’t good), was able to stop Central and then eat the remaining clock on a long run-heavy drive to end the game. Abingdon 13, Wise Central 7.

After the game, it was over to Pal’s for a burger (a new favorite must stop that was similar to Cookout, in that it was “Sudden Service”, but the burger was loaded with mayo, not exactly my favorite). The sweet tea was on point, however.

And then, the Super 8 in town before the long drive to the Saturday afternoon game.

And where was that? 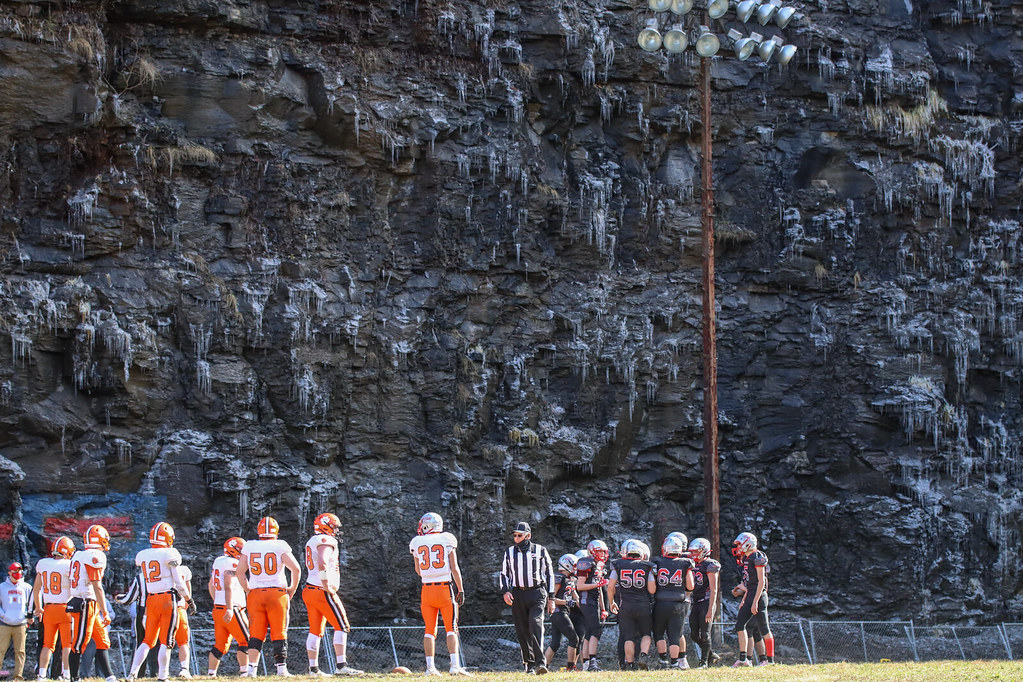 This afternoon I'm in Hurley, Virginia for a VHSL football game between the Hurley Rebels and the Honaker Tigers. Kickoff is at 2pm ET. #94 @PaFootballNews #BeyondTheKeystone pic.twitter.com/aJqJ7LRoRt

This stadium was on my bucket list for a long time. And it lived up to my expectations. The field is wedged between a road and a mountain behind the school. The sideline space is near non-existent. But ‘The Cliff’ just dominates your view of the south half of the far sideline and endzone.

Welcome the "The Cliff" at Smiley Ratliff Field in Hurley, Virginia. One of THE bucket list stadiums to see a game. 150 foot rock wall covers half the far side of the field and endzone. #94 @PaFootballNews #BeyondTheKeystone pic.twitter.com/S0O4mLdM2p

Hurley were excellent hosts and if there is ever the happenstance to be back that way I would definitely do another game at Smiley Ratliff Field.

Now, I’m going to address the controversy since it cropped up on my tweets during the game. First, it’s not exactly my thing, personally. But, they ARE the Rebels. If people are still defending high schools with “Redskins” nicknames, then it’s hard to argue against a team from the south called the Rebels using the confederate battle flag.

You don’t have to like it. I get that. I’m not a fan of it but in this case am ambivalent about it. But there’s far worse things to worry about than a team named “Rebels” using rebel iconography.

With that out of the way, on to the game.

Hurley is a small mountain valley town tucked into the northwestern corner of southwestern Virginia. It’s close to both Kentucky and West Virginia. it’s a long slow drive from Pound off US23 through the towns of Haysi, Grundy and the like. The school is situated a few miles south of the center of the ‘town’ of Hurley. Though Hurley does have a Grundy mailing address.

The stadium grounds were cut out of the corner of the mountain behind the high school. And according to one alum, the field was once for baseball or softball before being expanded for football with the mountain removal.

The rocky facade is only a few scant feet short of the sideline and endline. With the March games, ice was covering the jagged outcroppings, and would fall regularly through the game. Making loud crunching sounds as it hit the rock and ice on the ground.

Honaker was the visitor, and my first time seeing them in person. I had seen Hurley once before, back at the aforementioned Pike County Bowl where they played East Ridge out of Pike County, Kentucky as part of the Saturday doubleheader at Pikeville.

For the game, Honaker was just the stronger team. Their running game was led by #14, Hall, who suffered a serious looking injury in the redzone en route to what would’ve been another touchdown. A Hurley defender dove at his thighs, but he was moving laterally away from him as he ran and it put the shoulder pad right on the side of the knee.

Honaker would move the ball slowly, but affectively after that. But the scoring pace slowed. In addition, turnovers (fumbles) became increasingly common for both sides. Hurley twice had good possessions deep into enemy territory only to turn the ball over. Including one long run where the back would be hit and slide into and partially under the fence not far removed from the sideline.

After the fifth touchdown, the running clock started and unfortunately the homestanding Rebels couldn’t manage a score before time expired. Honaker 35, Hurley 0.

After the game, we stuck around for a few to post more photos to twitter, talked, and then got ready for the long, long drives home. My drive was, despite being closer than Norton, was still almost 6.5 hours. Phone service at the game was problematic at best. Many tweets taking several minutes to post the photos. And having long streches where my tablet showed no signal. My phone itself was useless. However, my tablet roams with the best of them.

The drive from Hurley was up through the southeast corner of Pike County, Kentucky, and back into West Virginia near the King Coal Highway near Matewan. Then, following northwest on US52 to US119 and then backtrack the rest of the way home. I got home a few minutes before midnight. 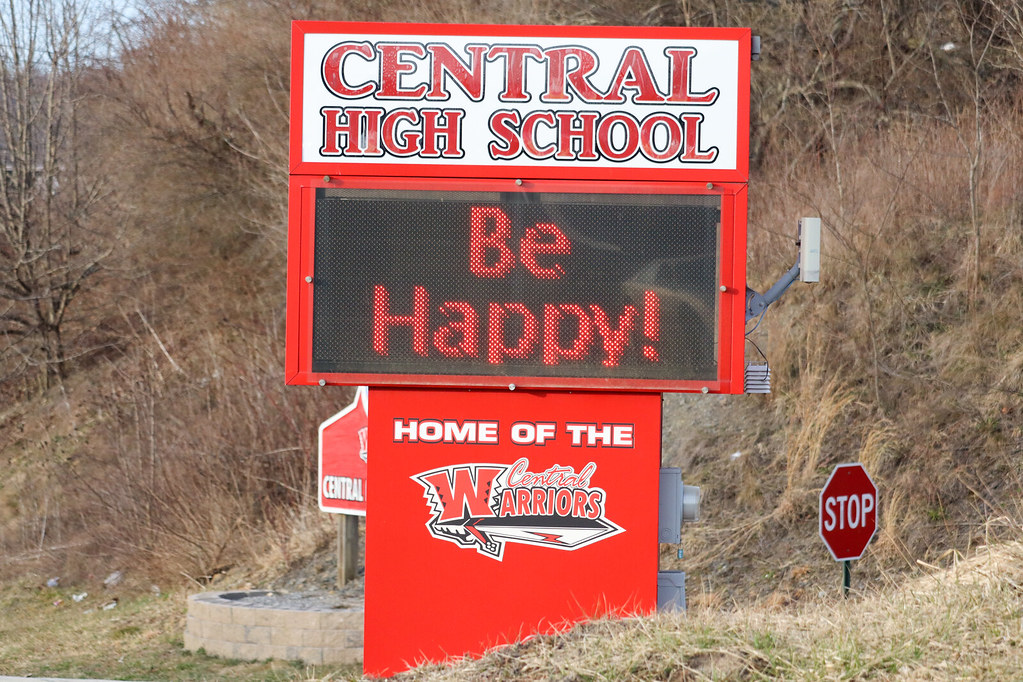 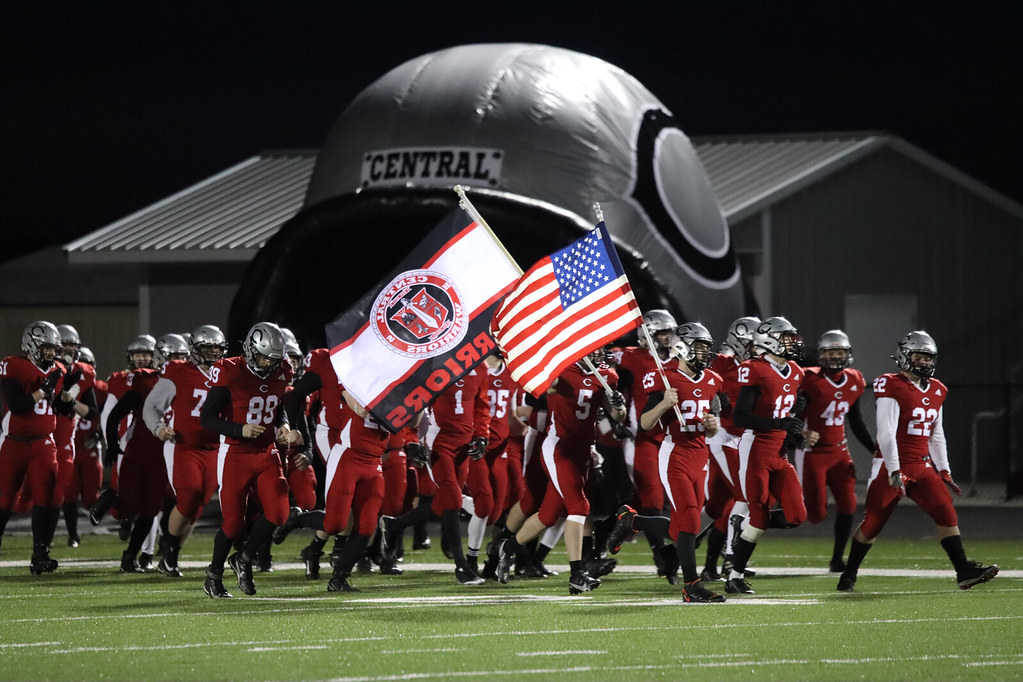 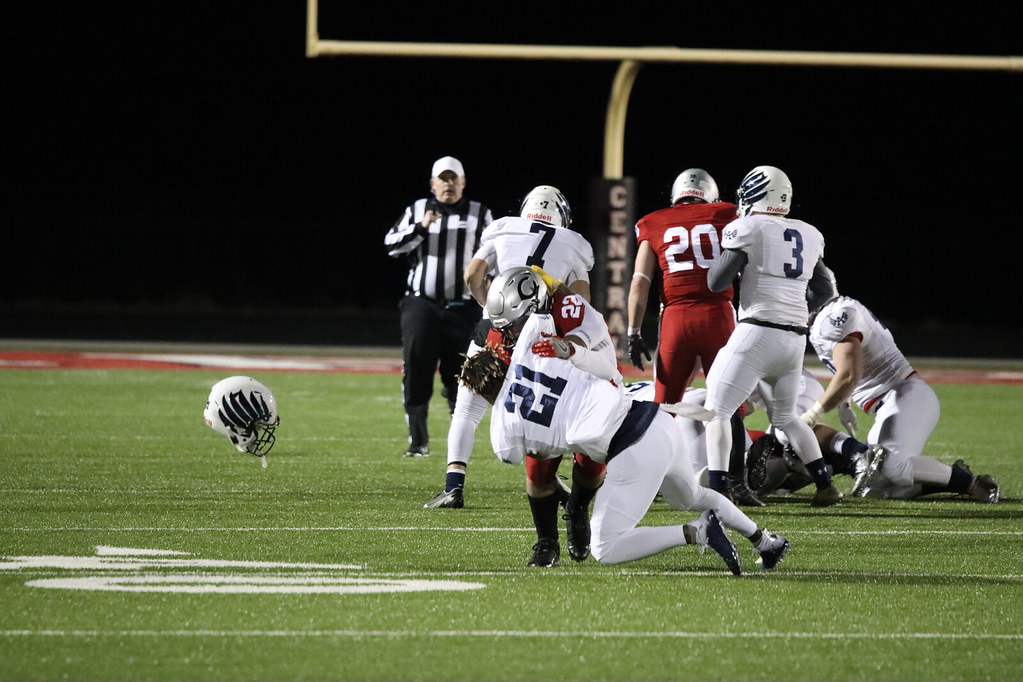 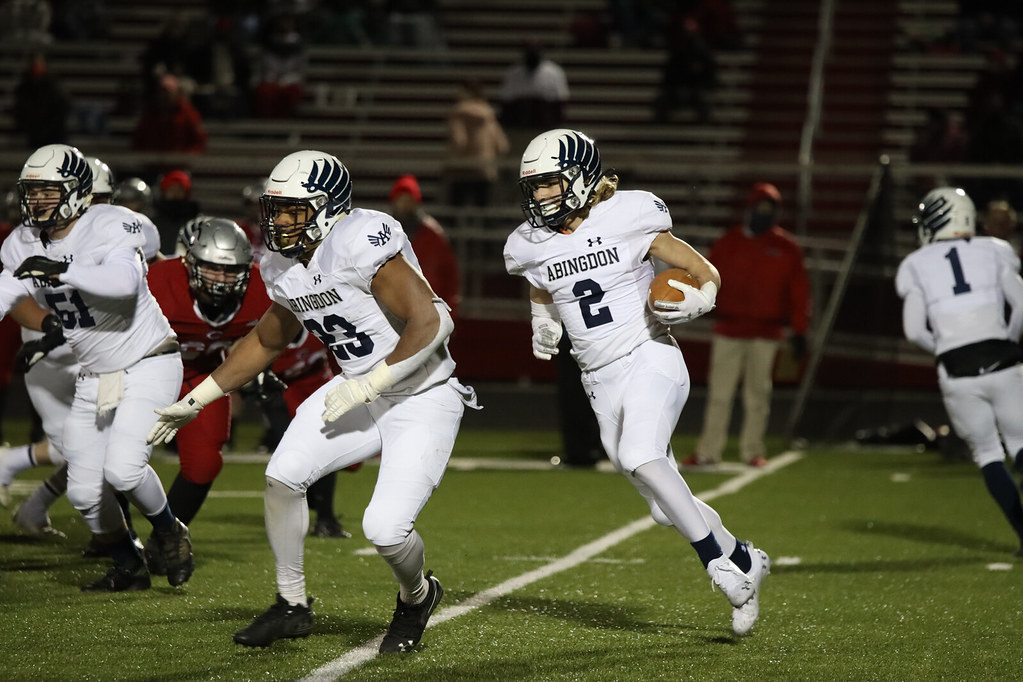 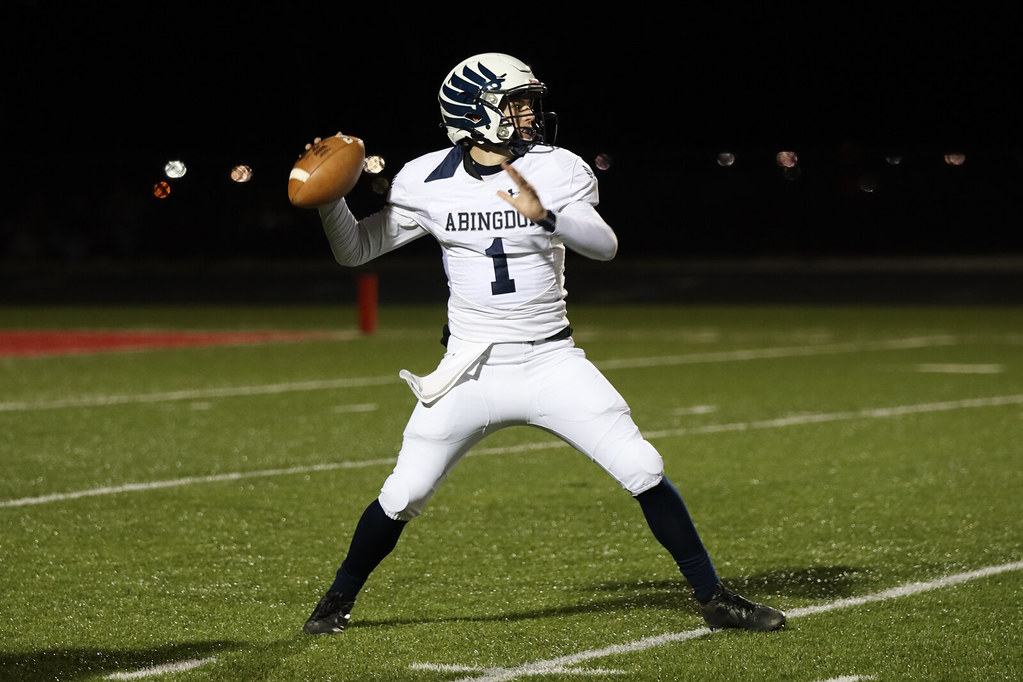 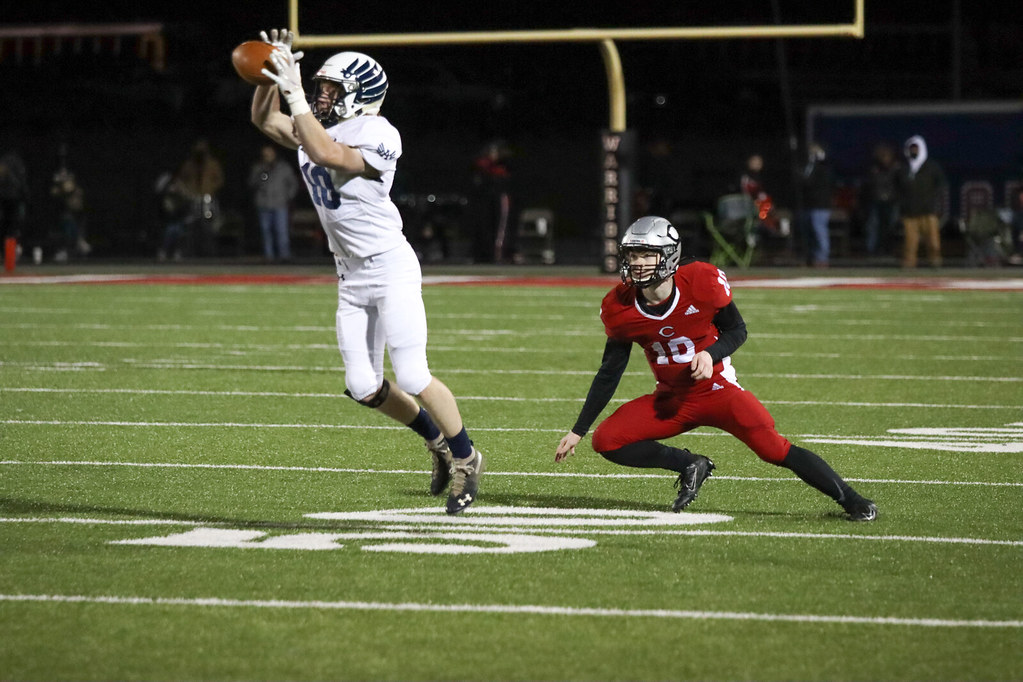 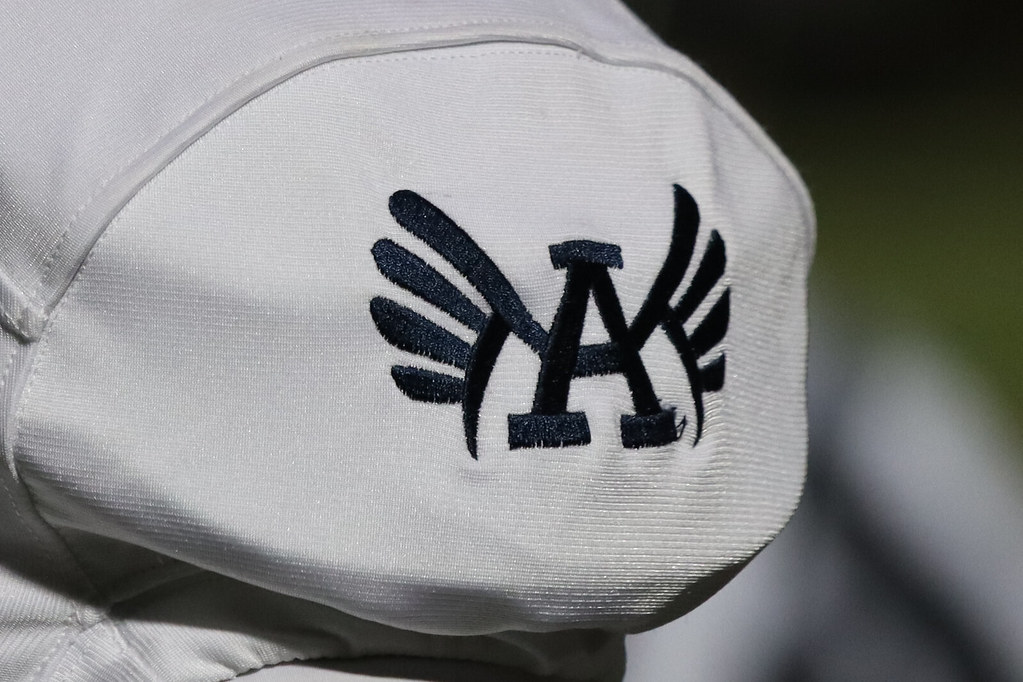 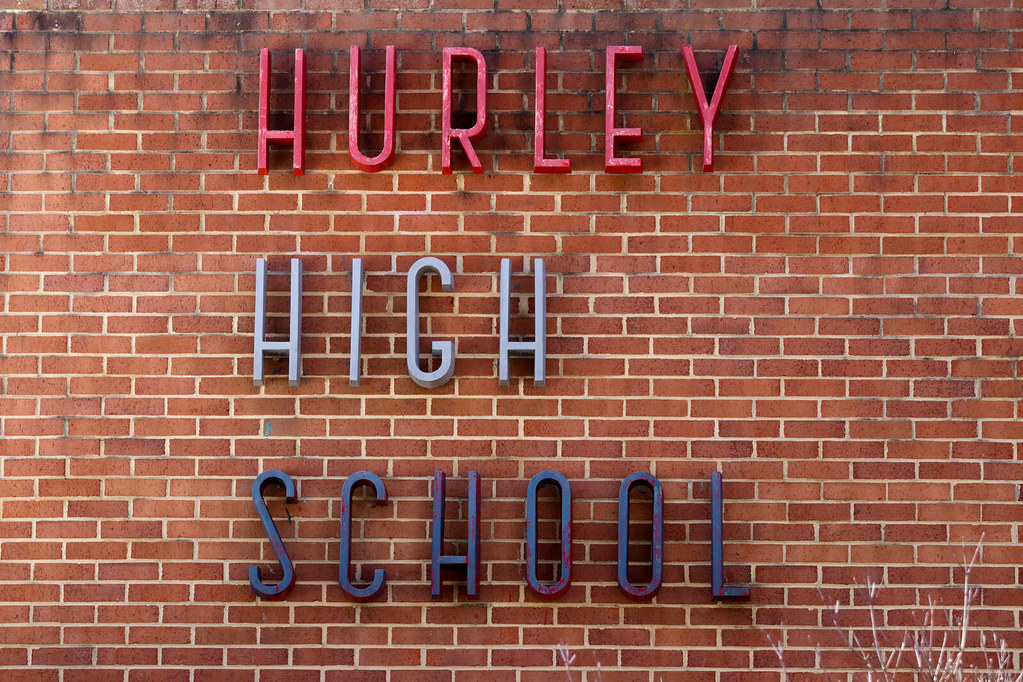 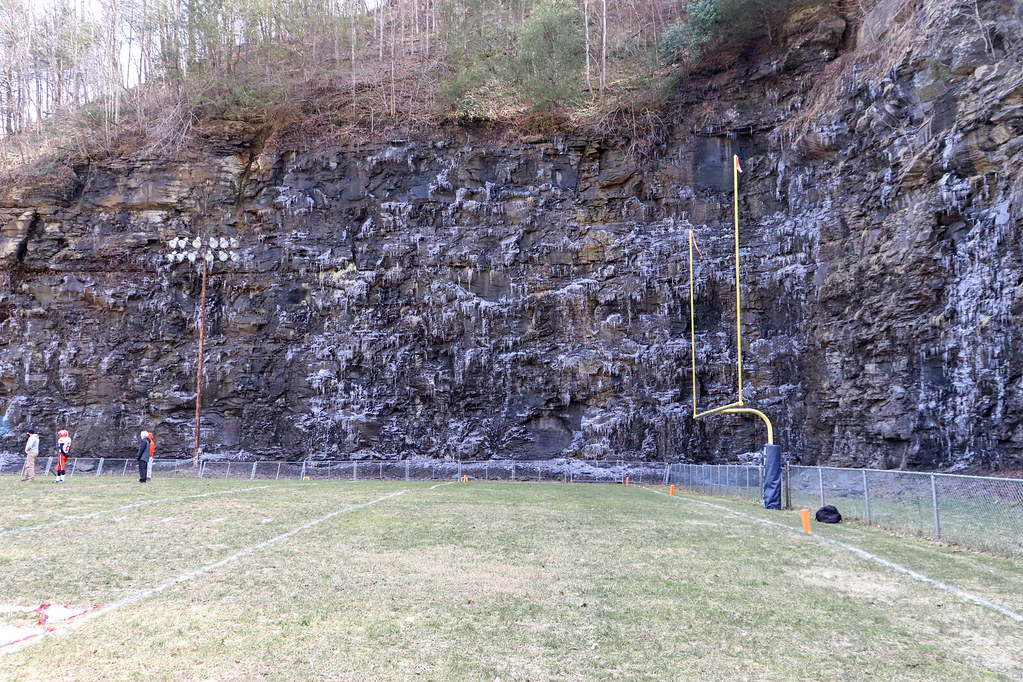 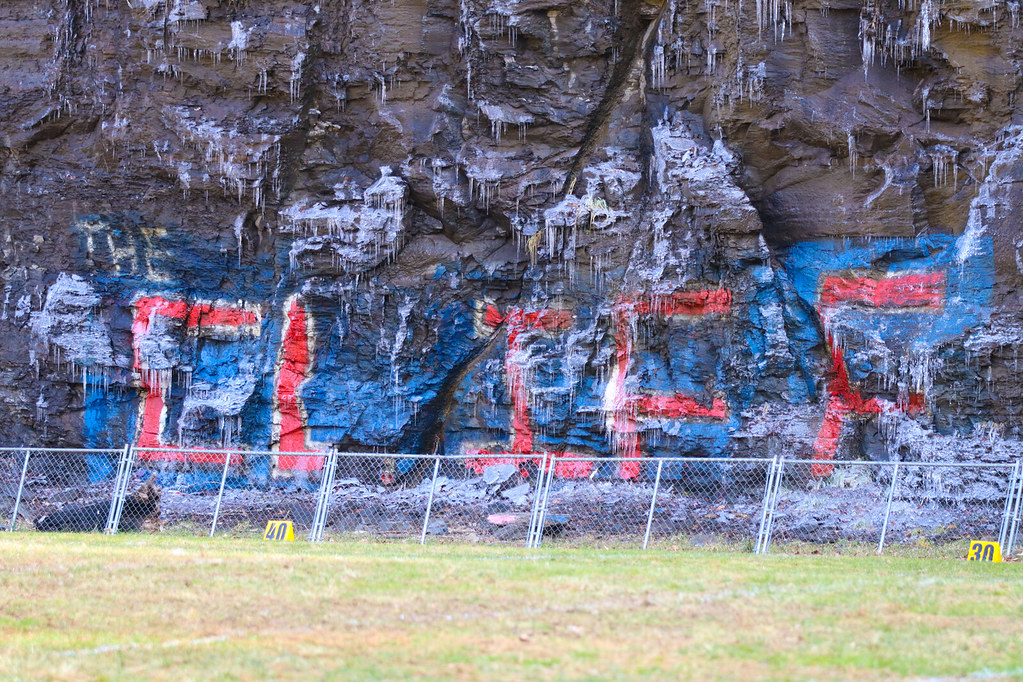 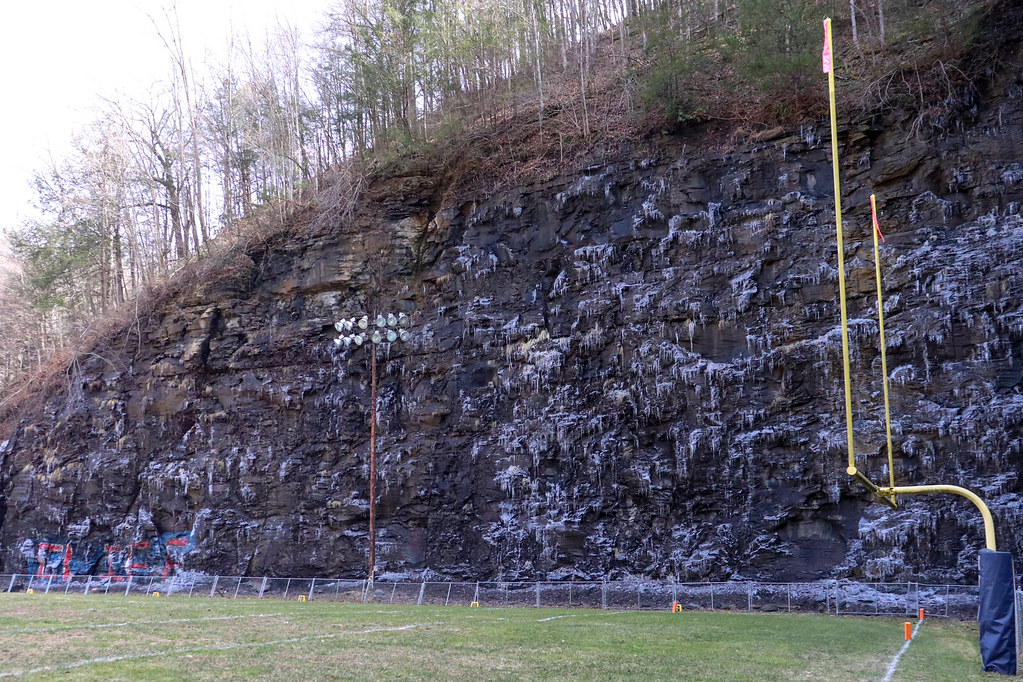 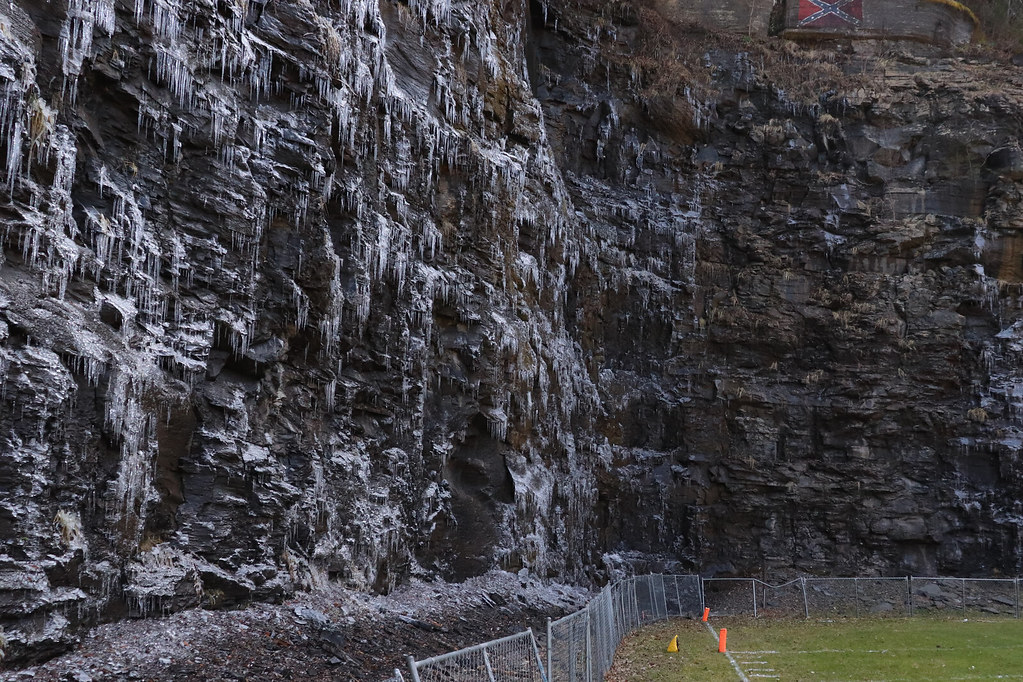 This is just an incredible sight. 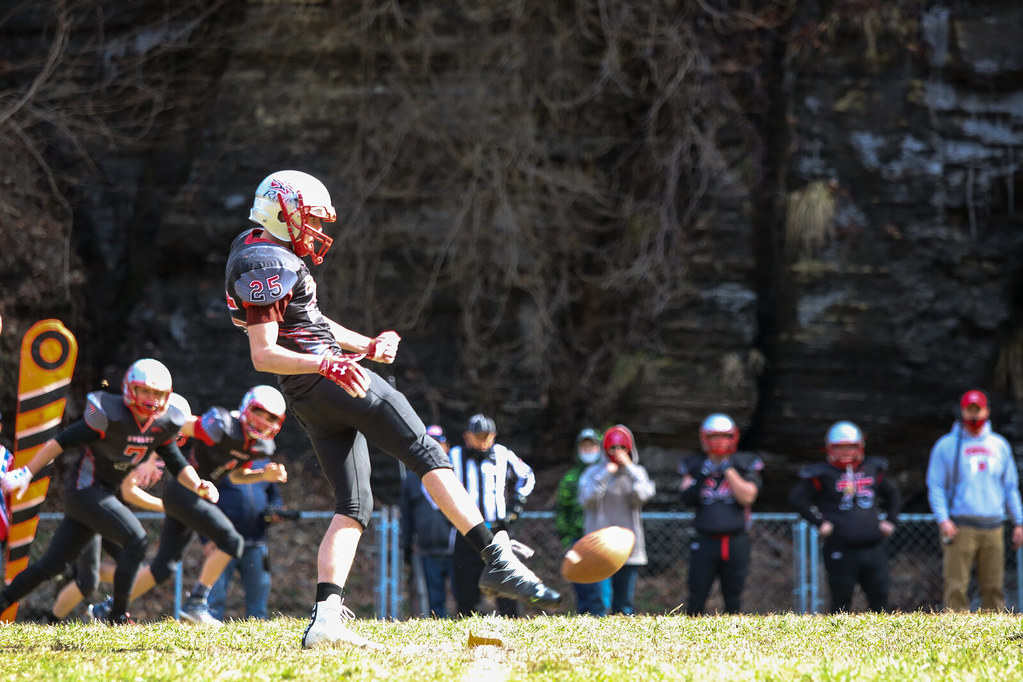 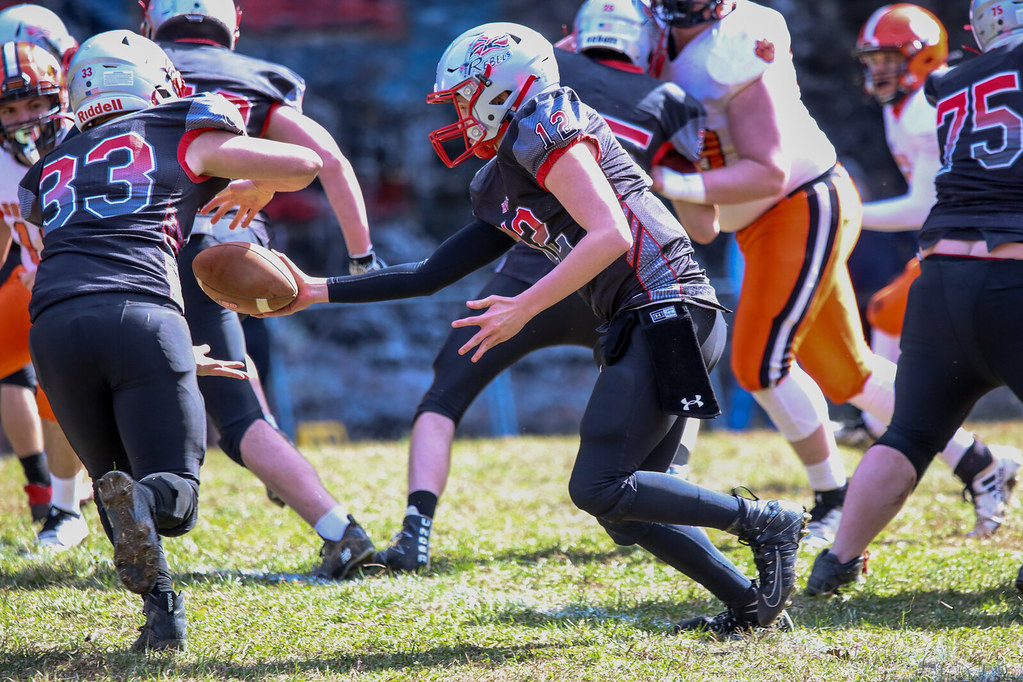 Keeping it on the ground. 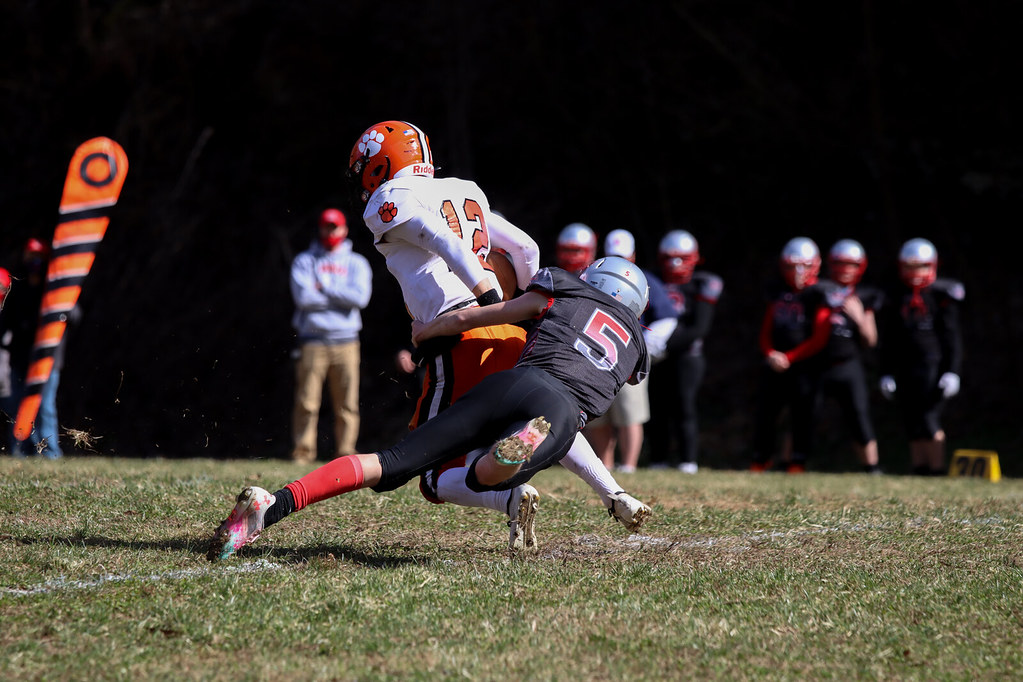 When you stare into the abyss, the abyss stares back into you. 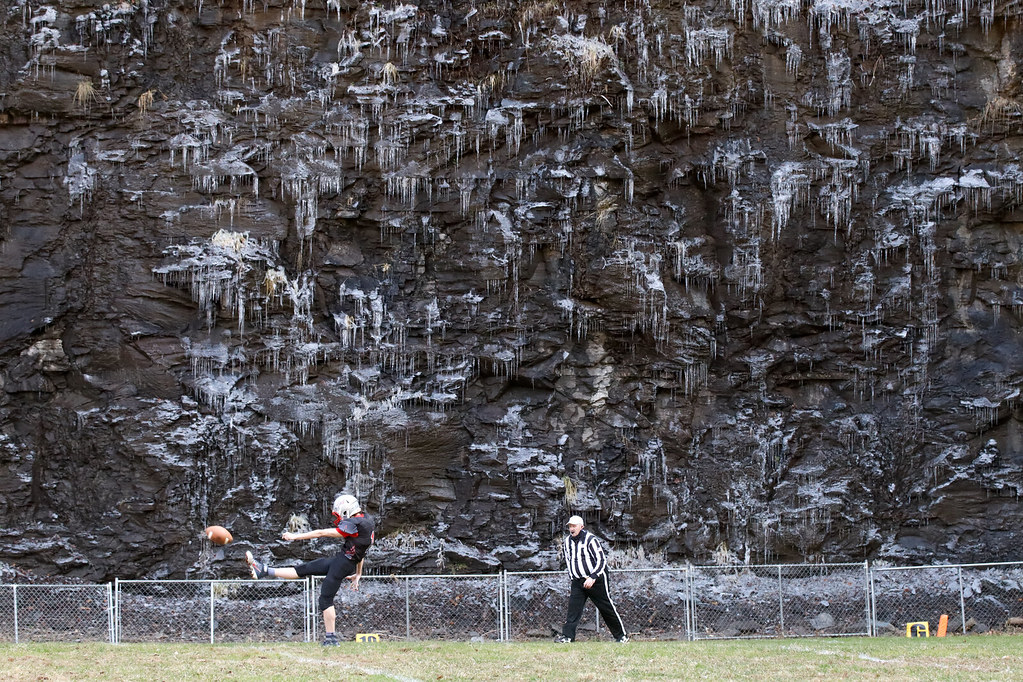 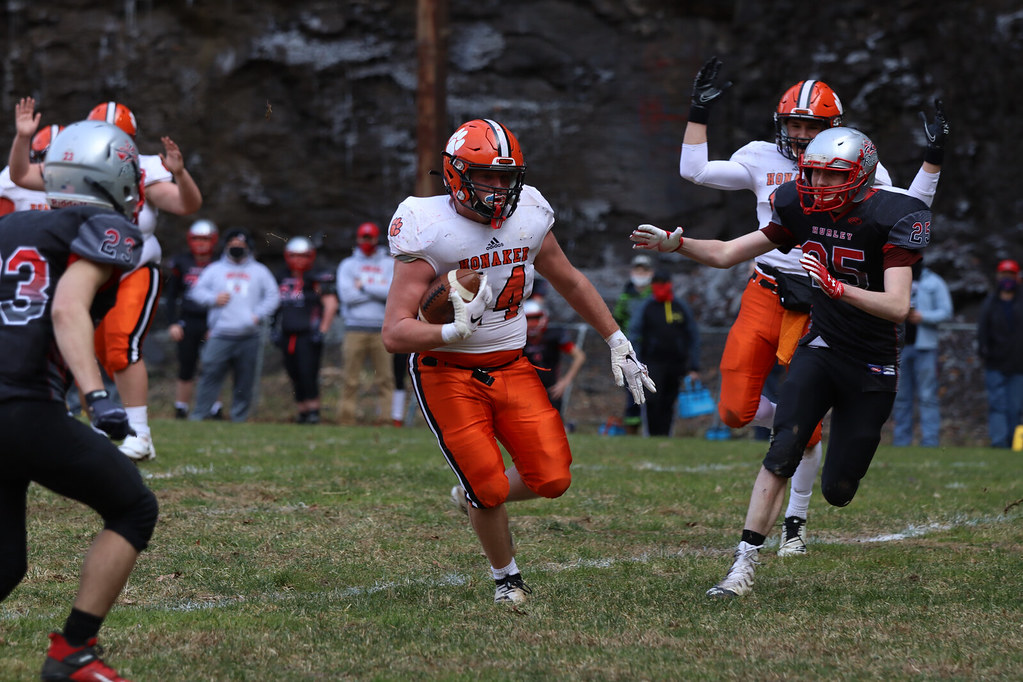 The Monster from Honaker. 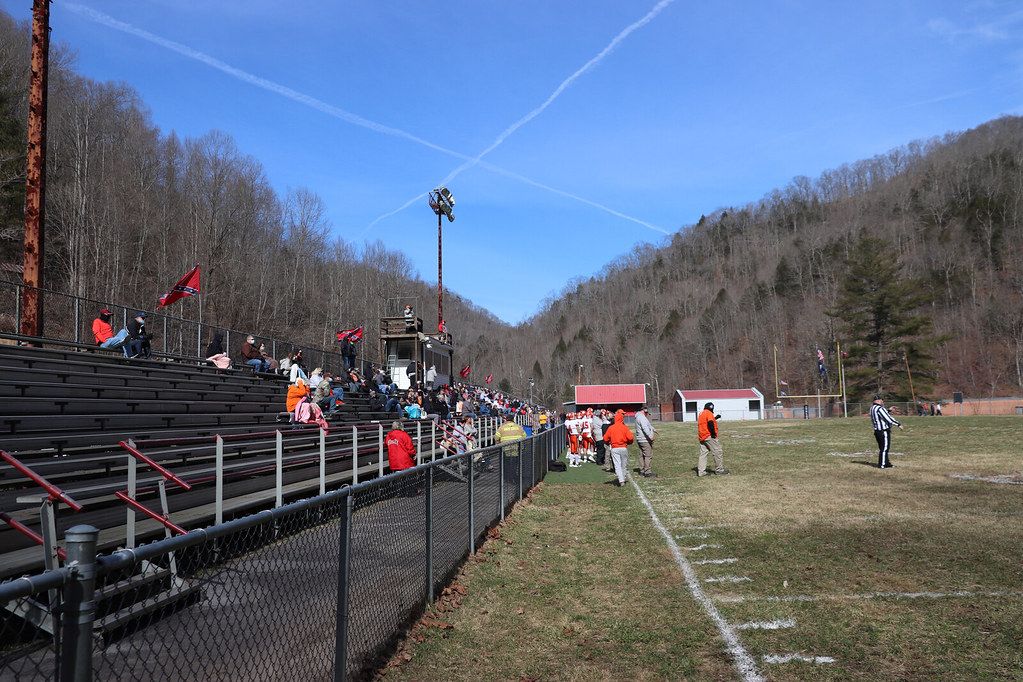 “There’s so much more room for activities.” 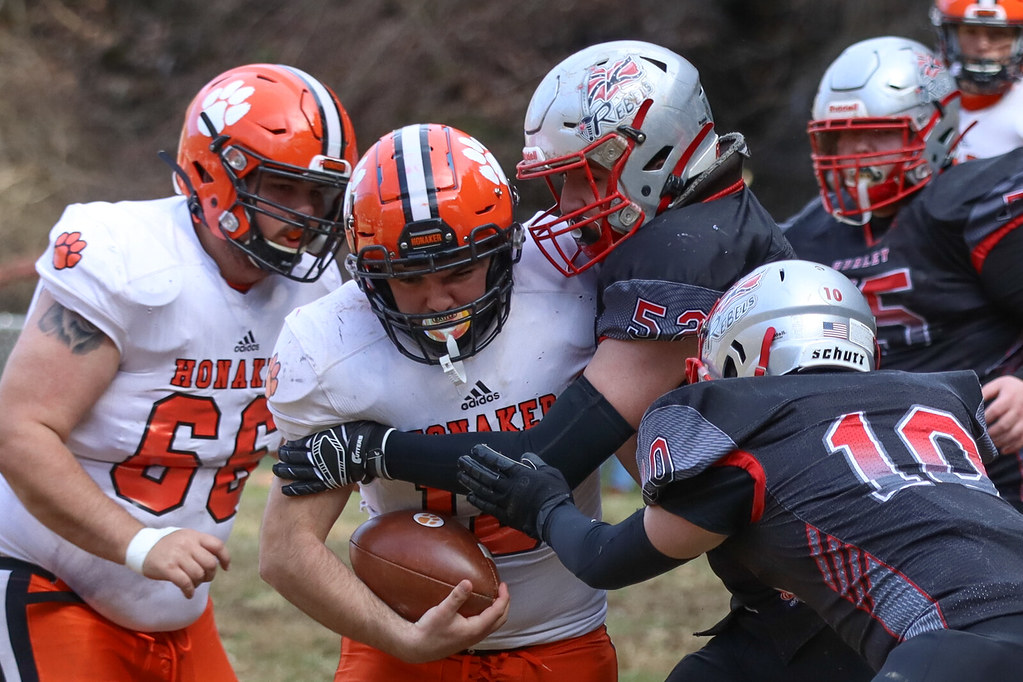 “Did we just become best friends?” 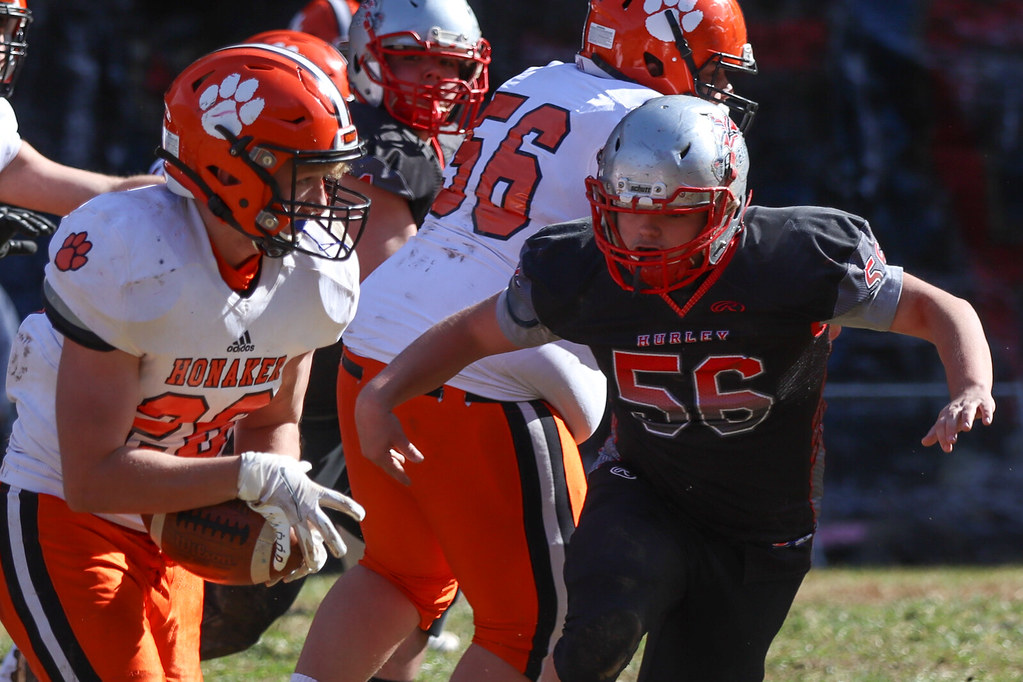 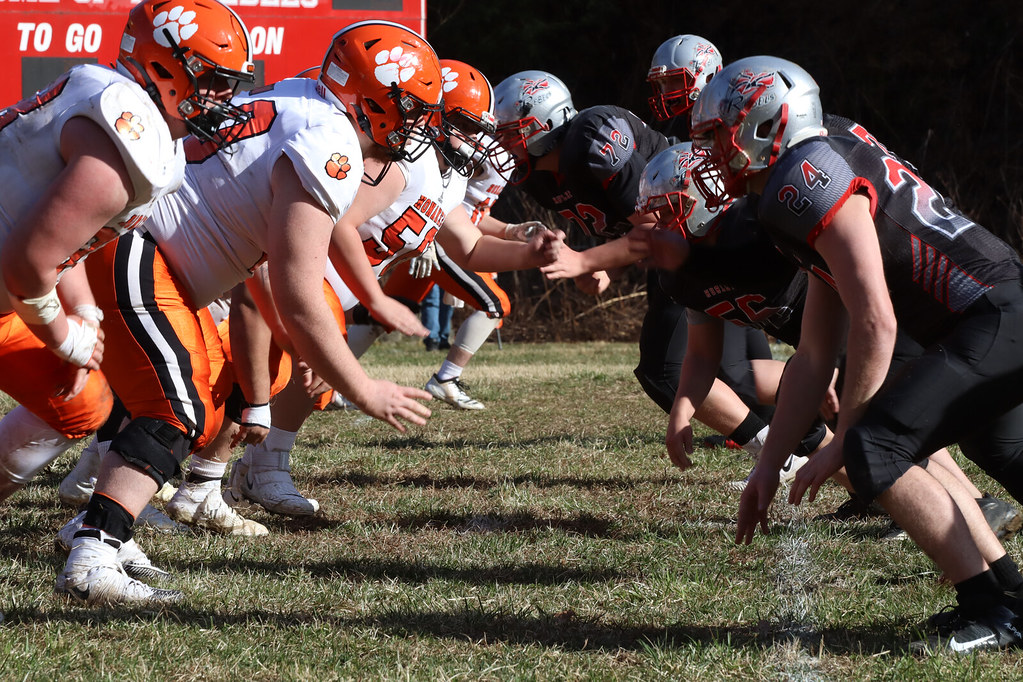 Shout out to the linemen. 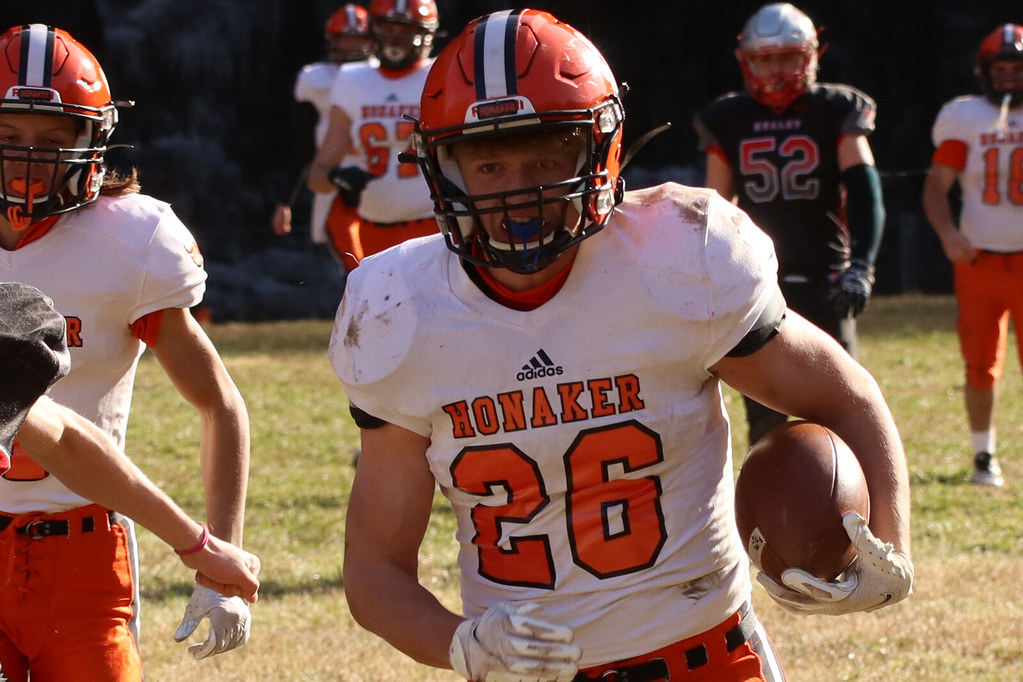 Eyes on the Prize. 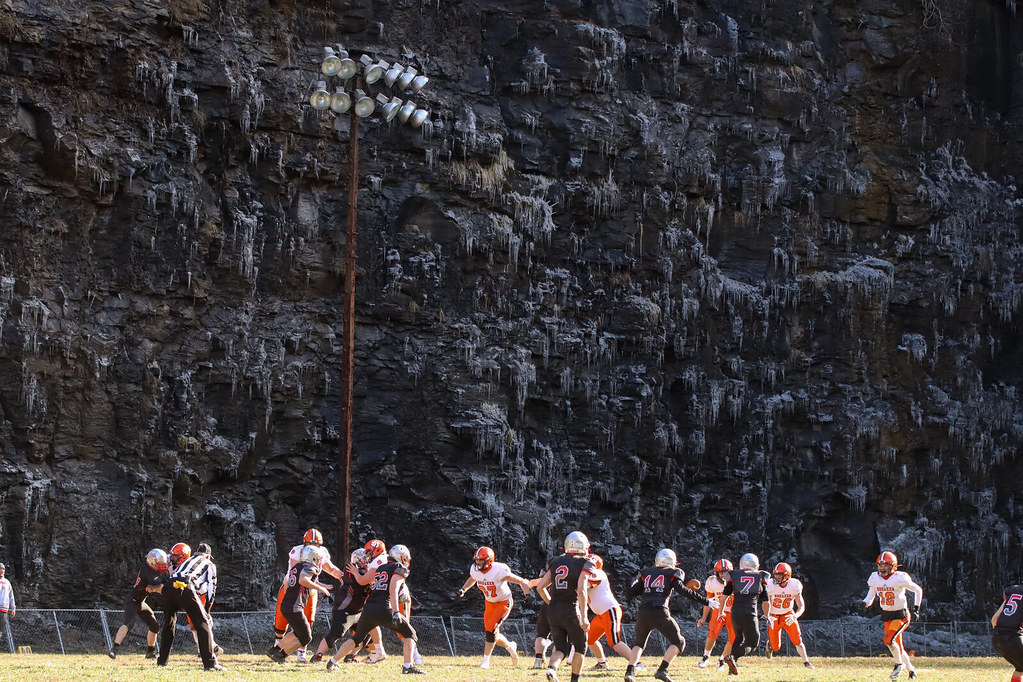 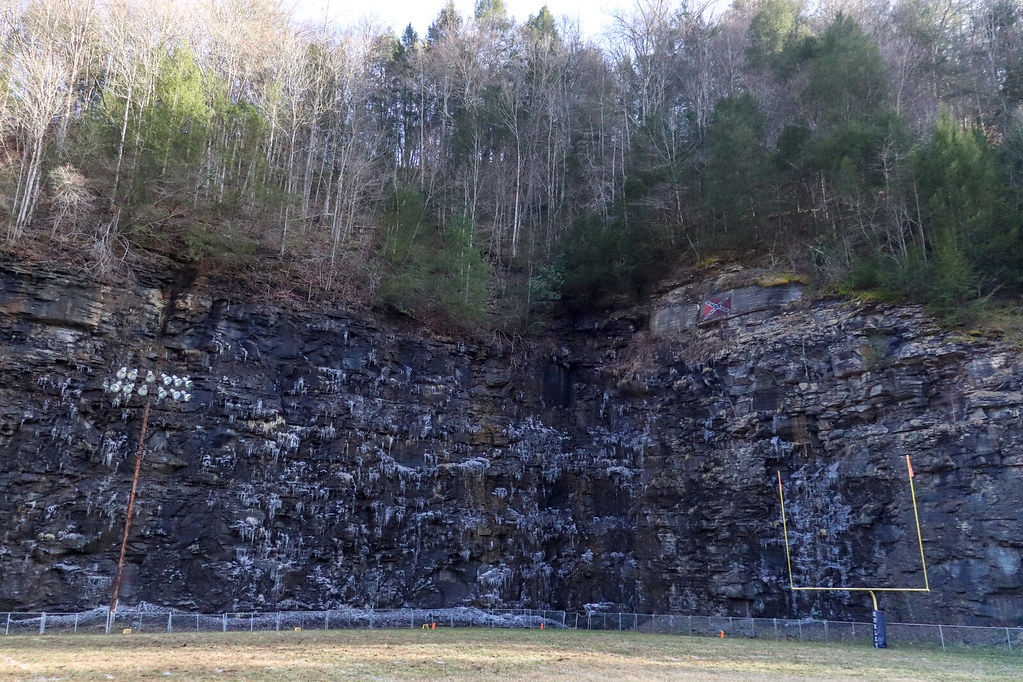 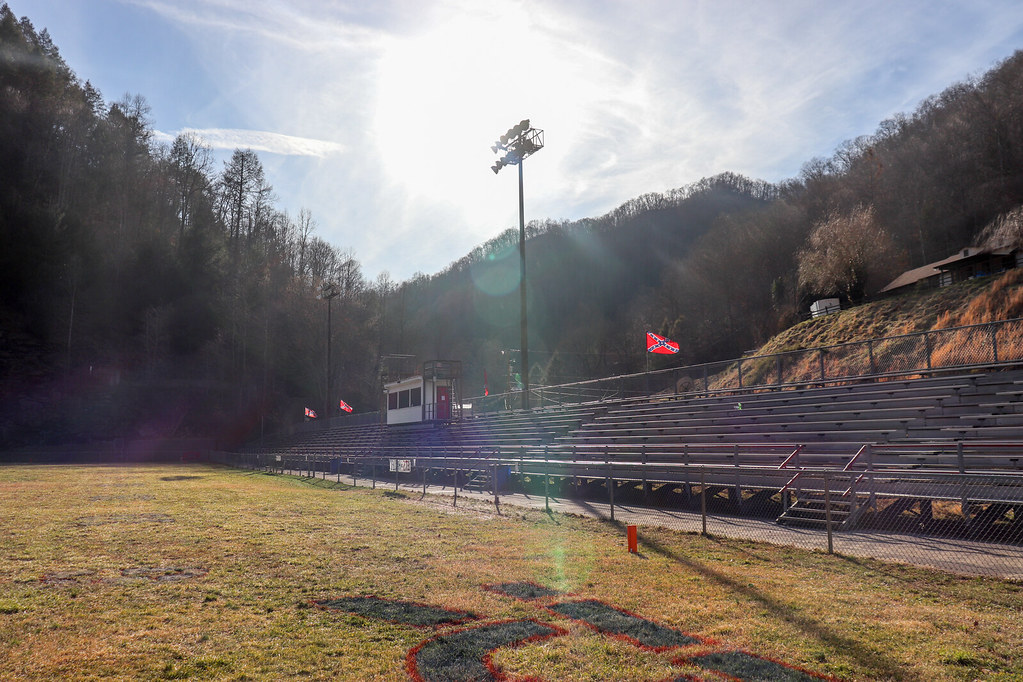 Blessed with another great week of high school football.

I know 75% of my plans for next weekend. Pennsylvania starts spring football in the Philadelphia area on Friday. However, only one game is now scheduled for Friday night. The rest are Saturday. So, I’m heading to suburban Baltimore in Maryland for a game. After that, it’s a short drive up to Philadelphia for our reserved hotel. And then I’ll have a game at South Avenue Sports Complex at 1pm and a game at South Philly Supersite late Saturday afternoon. With the Friday game in the afternoon, I’m hoping we can find one more Friday night game to go with it. There are some options. So, we shall see.

All six teams as currently scheduled would be new. All three stadiums would be new as well.