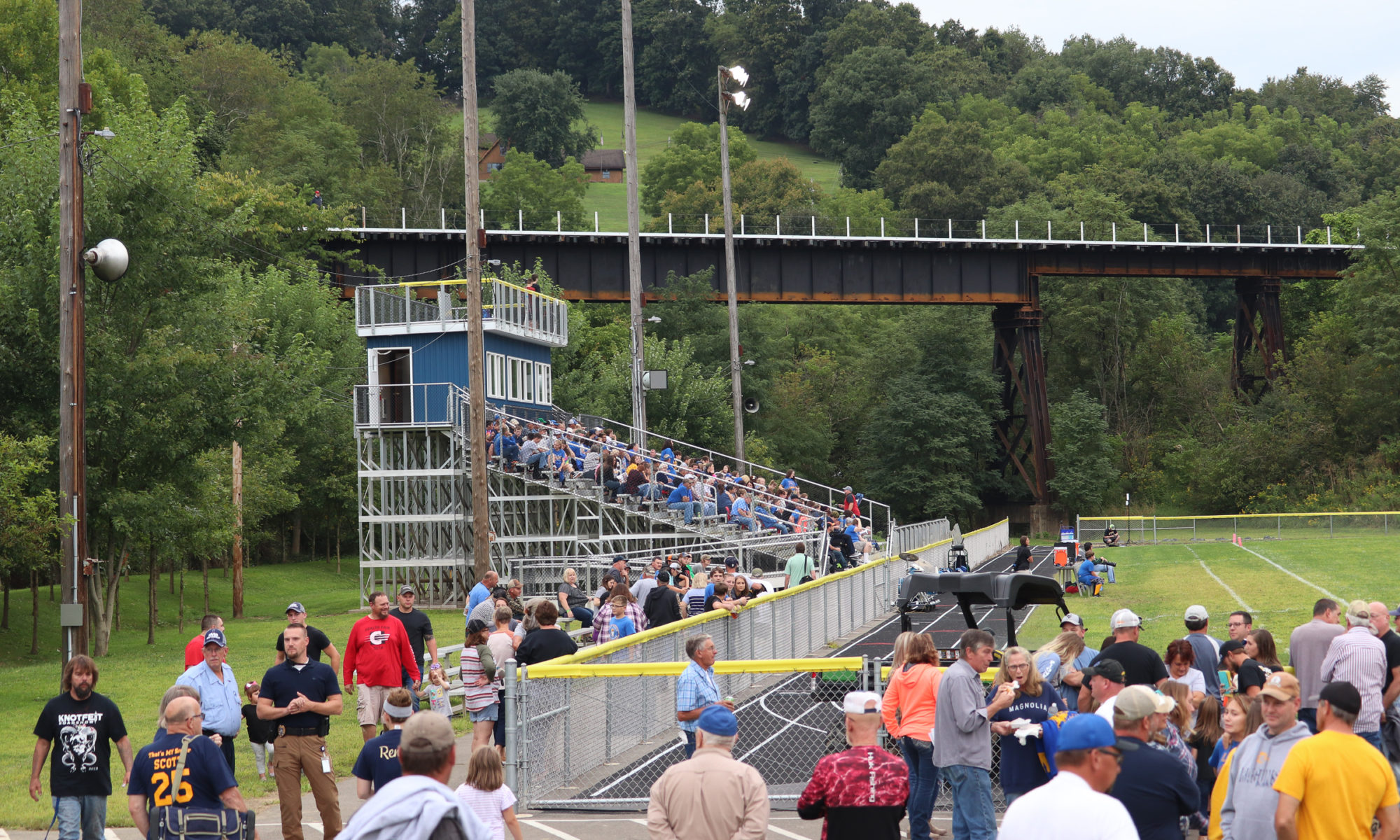 This week didn’t go exactly as planned. A doubleheader on Friday night in Wexford had to be nixed as my daughter wasn’t feeling well earlier in the day. So, instead, I saw a local game at 7pm just east of New Castle.

Two teams I’ve seen before. But, first time at the friendly confines of Spartan Stadium. A nice venue, complete with a bandshell. And an unusual northwest/southeast field layout.

Saturday, then, was the quadrupleheader at the Wolvarena in Turtle Creek. Home of the Woodland Hills Wolverines. Now, like last year, the games this season weren’t exactly the best matchups possible. Partly due to Ohio not being able to participate since PA is starting a week earlier. But, also because a few of the actual team-to-team matchups are a mismatch.

Imani Christian pulverized Richard Wright Charter last year, and were on the wrong end of the score this season. The best game was a matchup of PA teams. McKeesport had an easy time with Woodrow Wilson in the first half, but then faultered and sat on the lead in a monotonous second half. And lastly, Calvert Hall was just too much for Woodland Hills in the night cap.

However, there was one more game on the docket. Due to PA starting a week earlier this cycle, the regular matchup between West Greene and Cameron (WV) would face the chopping block. To get around this, the WV team started their Week 1 game four days early, to be played Monday, while West Greene’s week 1 game was moved back 3 days to compensate.

The game was set for West Greene’s Kennedy Field just west of Waynesburg. A large, overflowing crowd showed up for the high school version of Monday Night Football.

The show was stolen by Benjamin Jackson (West Greene), who rushed for six touchdowns and just ran over everyone, en route to a West Greene, 61-20, win over visiting Cameron.

West Greene hurdles in for another score. Leads Cameron, 33-6 with 7:41 left in the first half. @WPAFootball @AJWPIAL #WPIAL pic.twitter.com/dB3r2Uyima

A light sprinkle through the second half couldn’t deter the fans. Though, who reveled in the outcome.

As for the surrounding elements, West Greene has a great field tucked into a valley with a train bridge over the northern endzone, log cabin concession stand and ticket booth. And a quaint, almost unheard of, three-lane paved track. The only downside is the bathrooms comprise of a row of slightly leaning port-a-potties.

Not every day you see a 3-lane track. pic.twitter.com/GaDzxmUoCg

However, it was a fun night out at the stadium and a great way to cap off Week 1 of the High School Football Season.