This was my second straight weekend just in Pennsylvania. And unlike Week S3, there were a lot of changes and more changes up until the day of the trip.

Started at home, as most of these weekends do, and took I-80 to I-476. Though, I missed my exit, and instead had to backtrack on routes 115 and 903 back to I-476. I had intended to stop for food and gas at the Wawa, and my little faux pas had put me too far behind to backtrack along I-80. So, I stopped at the service plaza on I-476. There was a sign for a Quiznos. There was no Quiznos open. There also was a bus that had just stopped, making a huge backlog at the Burger King. So, Auntie Anne’s it was, for lunch.

After that, it was a quick drive down 476 to I-76, and back up US1 into Philadelphia. From there, it was a short drive north of Frankford, where I was the previous Saturday, to Abraham Lincoln High School. Just over 6 hours from home.

This afternoon I'm at Abraham Lincoln High School for a game between the Abraham Lincoln Rail Splitters and the Kensington Tigers at the Barfoot Bowl. Kickoff is at 3pm. #102 @PaFootballNews @KENSINGTON_HS @LincolnHS801 pic.twitter.com/jYtLrzej0B

Abraham Lincoln is a beautiful high school in a nice neighborhood in north central Philadelphia. The stadium, though, is in disrepair. There was no working scoreboard. And grafiti covered the inside and outside of the stadium, which sits on the south side of the field. The small press box situated on a hill along the northern sideline was shuttered and grafitied. The turf field is a bit weathered, with a lot of rubber pellets visible. It’s been neglected, but better than bumpy, divoted grass fields. Especially given the late March kickoff being tough on natural grass surfaces. Meanwhile, the relentless wind had blown trash and refuse along the northeastern endzone fencing surrounding the field. Construction was ongoing along the access street between the school complex and the athletic fields.

Though the game was at Abraham Lincoln’s Barfoot Bowl, the Kensington Tigers were the home team and wearing the darker colored yellow uniforms. Abraham Lincoln, decked out in all white, were still on the ‘home’ side of the field.

In the game, the wind played havoc with both teams struggling to pass the ball despite the heavy wind. With the invisible clock clicking down, it was tough to follow the remaining time. However, Lincoln did finally break into the endzone. A 13 yard TD pass, with the wind, on the final play of the half.

The second half, however, saw the Rail Splitters recalibrate their offense. A heavier run presence saw the passing game, stymied by the stiff wind, open up where even errant throws were still open. An 11-, 25-, and 21 yard TD pass in the second half to win it going away. Abraham Lincoln, 28-0.

Now, this was where my schedule was a bit cramped. My night game was planned to be at Chichester. There were a few closer games, but they were scheduled with others already, and I had wanted to see ‘new’, which meant going for a bit of a drive.

Chichester is the furthest south you can get on I-95 in Pennsylvania in the town of Boothwyn. Chichester School District is just south of the city of Chester. Boothwyn was first settled with the Chichester Meeting in 1682. A meetinghouse was built in 1688. Boothwyn, itself, isn’t incorporated, though the post office uses the Boothwyn name for the community.

It was a long drive between the two stadiums. I cut down through Frankford, and passed the Dollar Tree that now sits on the site of the original Frankford Stadium that was once home to the NFL’s Frankford Yellow Jackets. The delay along the streets to the highway was the biggest ordeal. Luckily, the 2:15 long game made for plenty of time to get to Chichester. I was considering going to Northeast if the Abraham Lincoln game had run long. Luckily, that possibility didn’t need to be entertained.

This evening I'm in Boothwyn, Pennsylvania for a game between the Chichester Eagles and Penn Wood Patriots here at Apichella Memorial Stadium. Kickoff set for 7pm. #103 @PaFootballNews @chi_football5 @Penn_WoodFB pic.twitter.com/4OyToUKcf1

However, even with I-95 being mostly wide open, I arrived at Chichester High School just 20 minutes before kickoff. I parked in the last spot in the back lot, and made my way inside for the pregame pageantry of Senior Night.

This was my second second game outside of Philadelphia this spring in Pennsylvania. And my second in the ‘United Ten’ league that was created for this spring’s impromptu season.

Now, this game wasn’t expecting to be a blowout. But, after their first two possessions, it certainly looked like Penn Wood was going to run away with it. However, after going up 14-0, their offense slowed, and things became rigid. Penn Wood would add one more touchdown late in the third, and make a 20-0 lead seem insurmountable. Chichester would break the goose egg with less than 4 minute remaining on a 12 yard TD pass. Penn Wood 20, Chichester 7.

Afte the game, I had to detour through Chester when the I-95 onramp was closed, and I-95 itself was backup for miles due to an accident. After getting to the hotel, I finished up my photos from Day 1, and got to sleep around 4am.

I was up at 9, and headed over to West Philadelphia High School by 1030am. I had planned to leave a little closer to game time, and glad that I hadn’t. The 5.4 mile drive was projected at almost 40 minutes. Taking streets, I-76 was completely stagnant, while the streets weren’t much better.

I'm here today in West Philly for a game between the West Philadelphia Speedboys and the Boys Latin Charter Warriors at Pollock Field. Kickoff is set for noon. #104 @PaFootballNews @SpeedboysFB @BoysLatinFB pic.twitter.com/KEhqyStnnW

There is no parking at the field. It sits kitty-corner to the old high school. After circling around the field, I found a spot along the northern endzone. Parked, and walked over to the high school to get a shot of the front of the building. Then, back along 48th to Spruce and the entrance to the field.

The stands sit from the nearside 30 yard line to the far endzone. The far side of the field has no stands. A large open plot of grass that was currently a resting site for two containers and some miscellaneous equipment. The stadium is surrounded by chainlink fence. With the endzones quite high, as well as two poles with netting between them to protect tall kicks to the goal posts from leaving the field.

As I circled the field, I could see it was Boys Latin Charter, signified by the large BL stepped on the side of the helmets. Or, rather, most of the helmets.

While West Philadelphia, with one of the coolest nicknames, the Speedboys, had three different helmet deviations. Aside from the plain white that was predominant, there were a few matte black helmets, a couple of shiny gold helmets, and also gray.

As seems to be a common occurrence, another slow start for both teams. A scoreless first quarter.

But Boys Latin Charter would score on an 11-yard TD pass that I couldn’t get a photo of thanks to a crossing defending right as the catch was made. But, West Philly answered with a 30 yard TD run. And the extra point propelling them into the lead.

After the game, I meandered home. With the only night game cancelled (Imhotep v. Neumann-Goretti), I had an easy time getting home. Or, so I would have thought. I passed a McDonald’s and wanted to stop for something to drink. And got stuck in a line for half an hour. Unable to escape it due to the curbwork around the lane. I wanted to stop at Dalessandro’s for a hoagie. But, after leaving the McDonald’s and meandering through West Philadelphia up through the City Center, I got onto I-76 instead of crossing the highway, which held me up and I had to backtrack twenty minutes of standstill traffic. I instead went up to King of Prussia by the mall and stopped at Fogo de Chao. My first time at this particular chain of Brazilian steakhouses. Although they don’t have Lamb Chops like Texas de Brazil, they did have Ribeye. Which was fantastic. Their top sirloin and flat iron were great as well. And you can’t ignore their filet mignon, either. Between that, flan, tax, and tip. Just a cool $80 for dinner. A little pricier than I was originally expecting. But, it made for a nice cap to the weekend.

Then, it was the remaining 5-plus hour drive home. Total for the weekend was 853 miles for $174. Most of that being that aforementioned $80 meal at Fogo de Chao. $40 for gas and the other $54 was food elsewhere on Friday and Saturday. 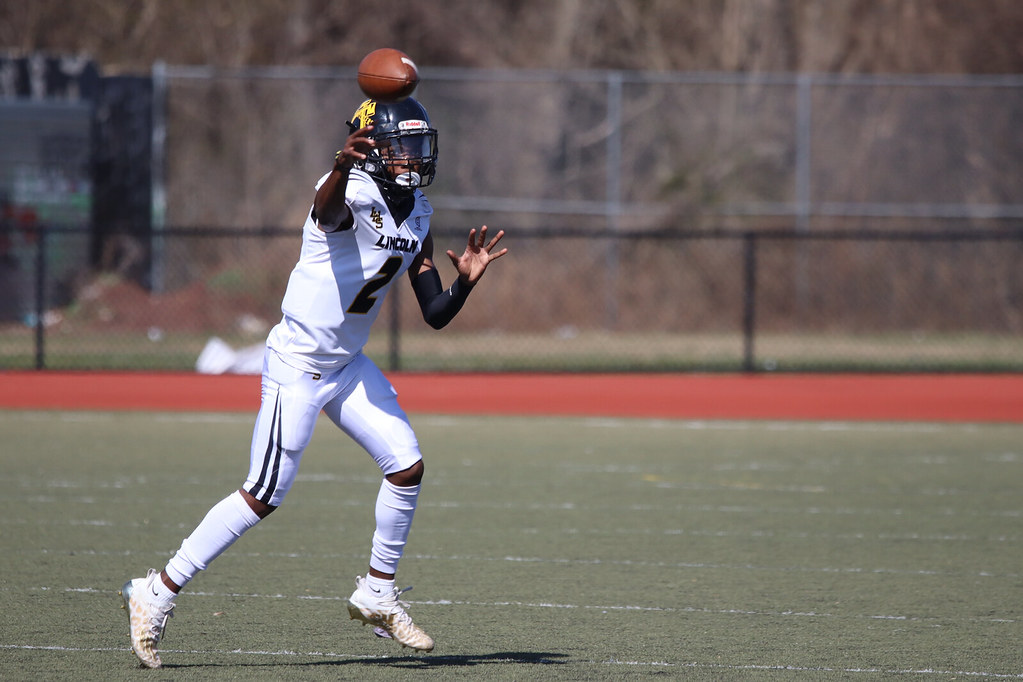 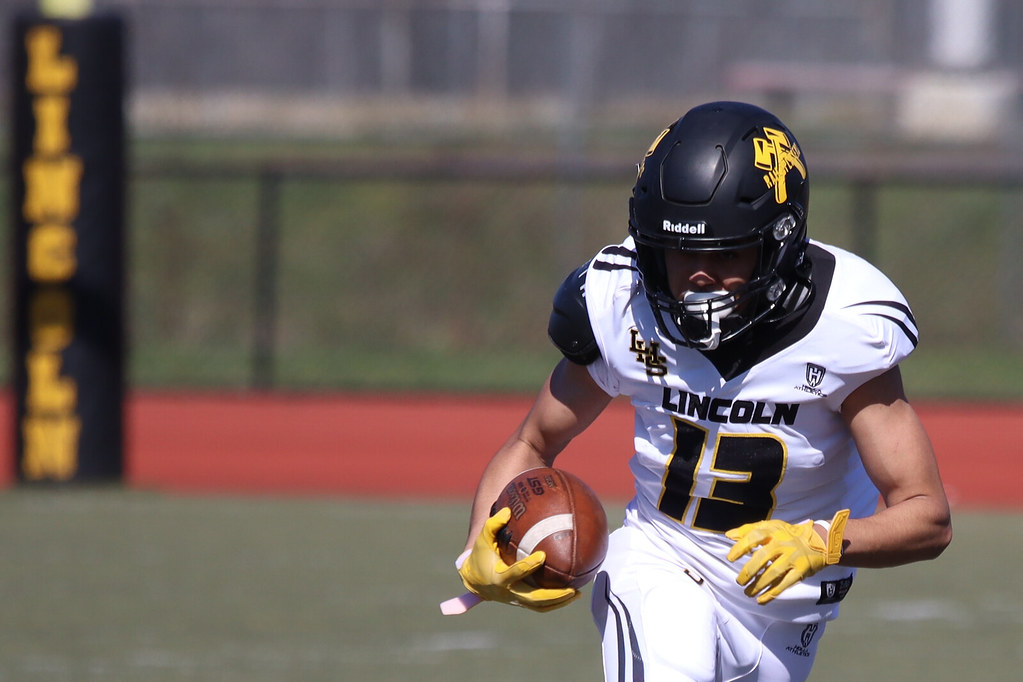 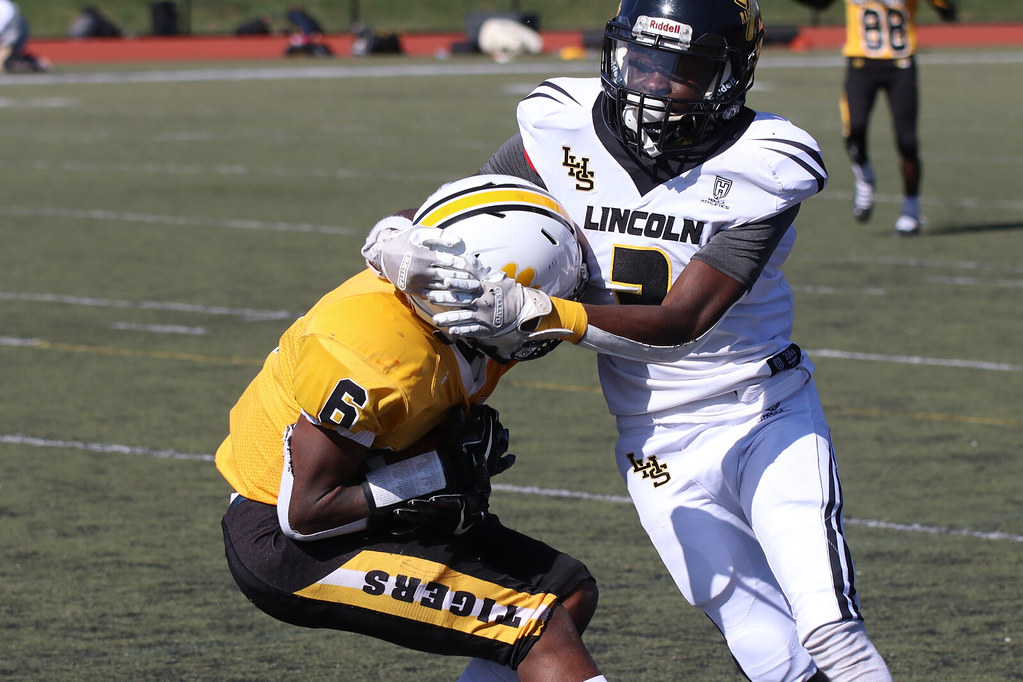 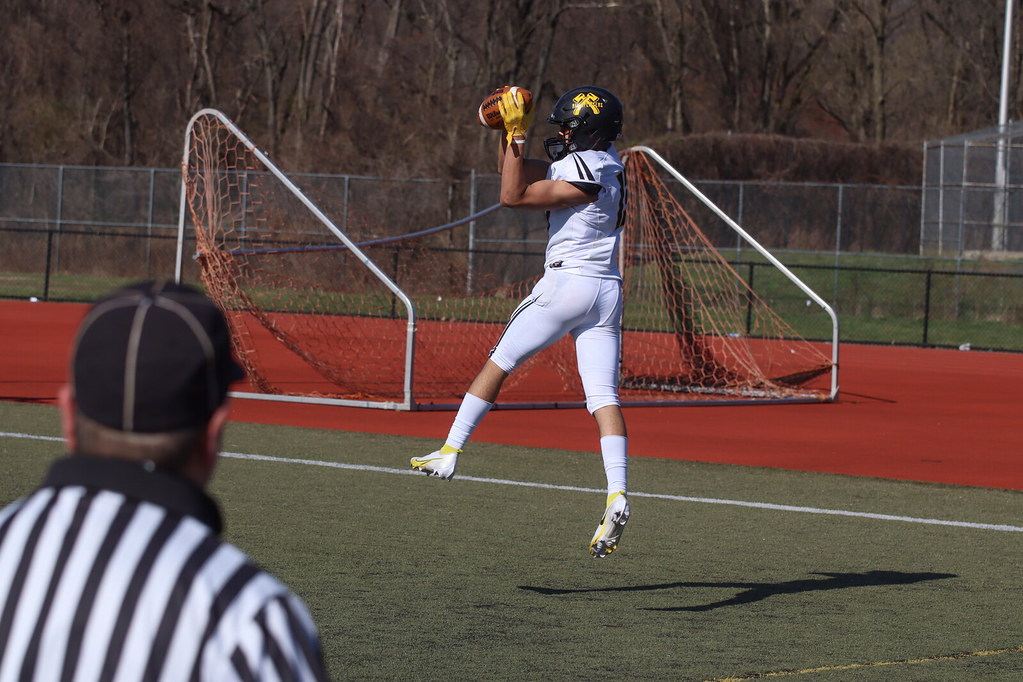 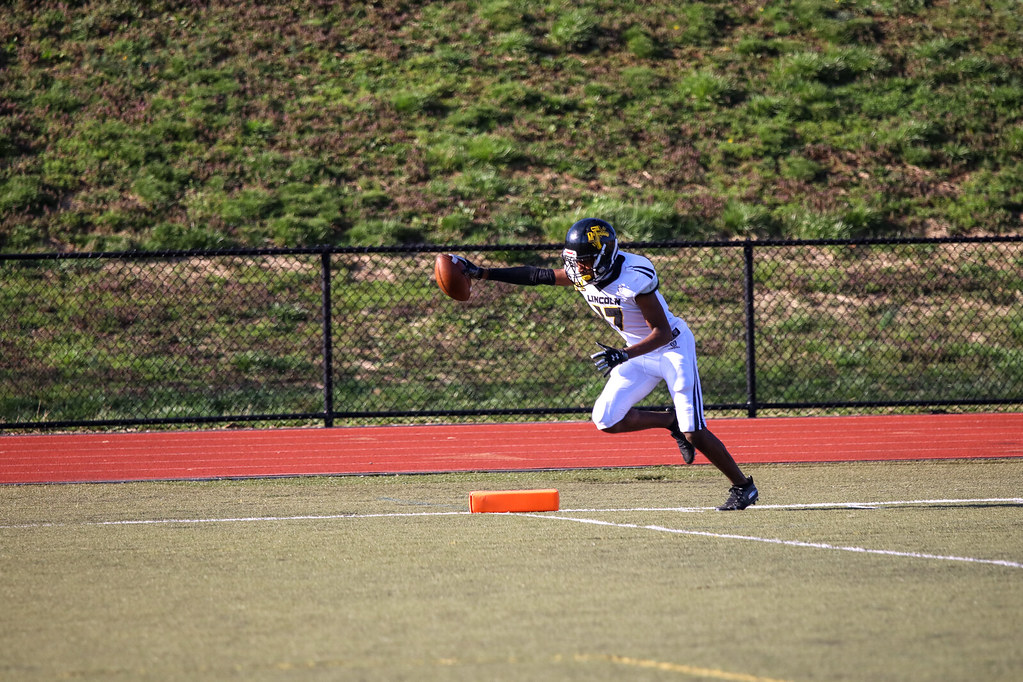 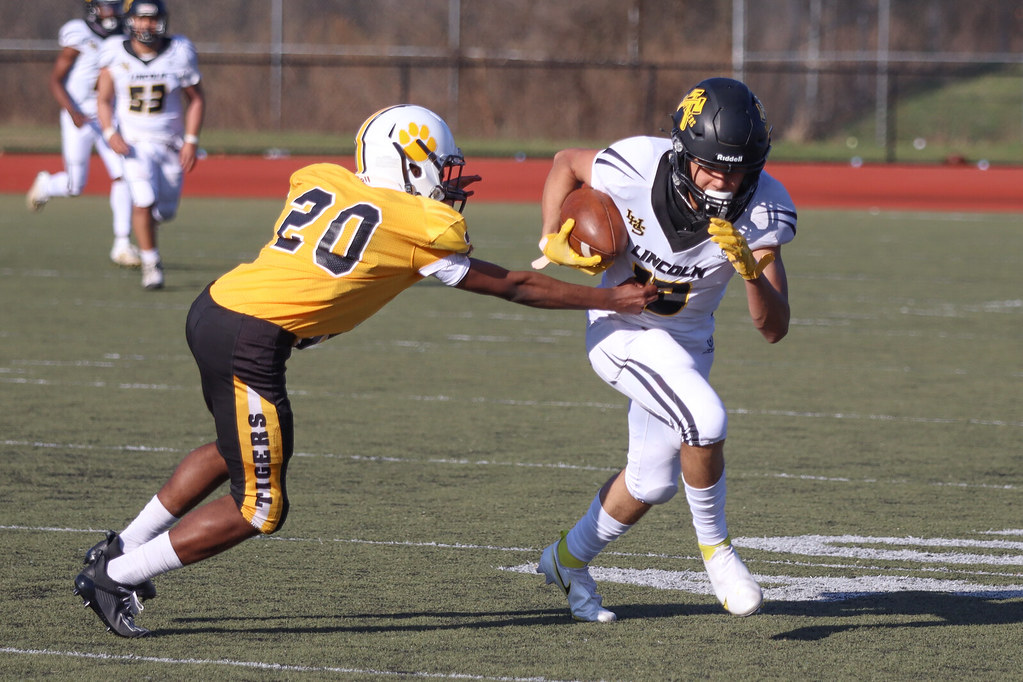 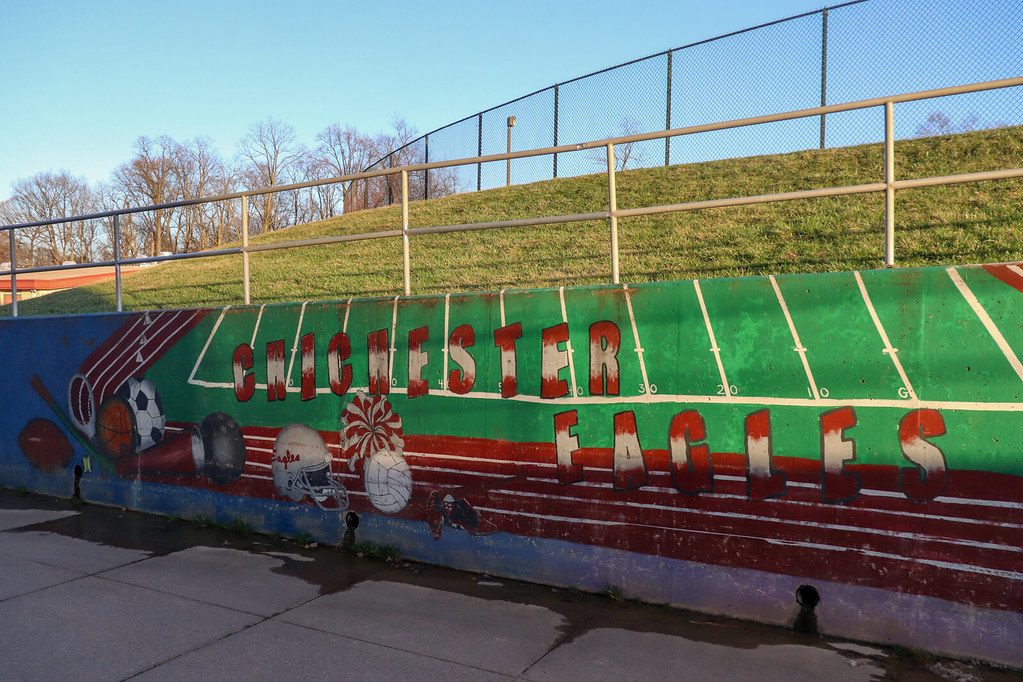 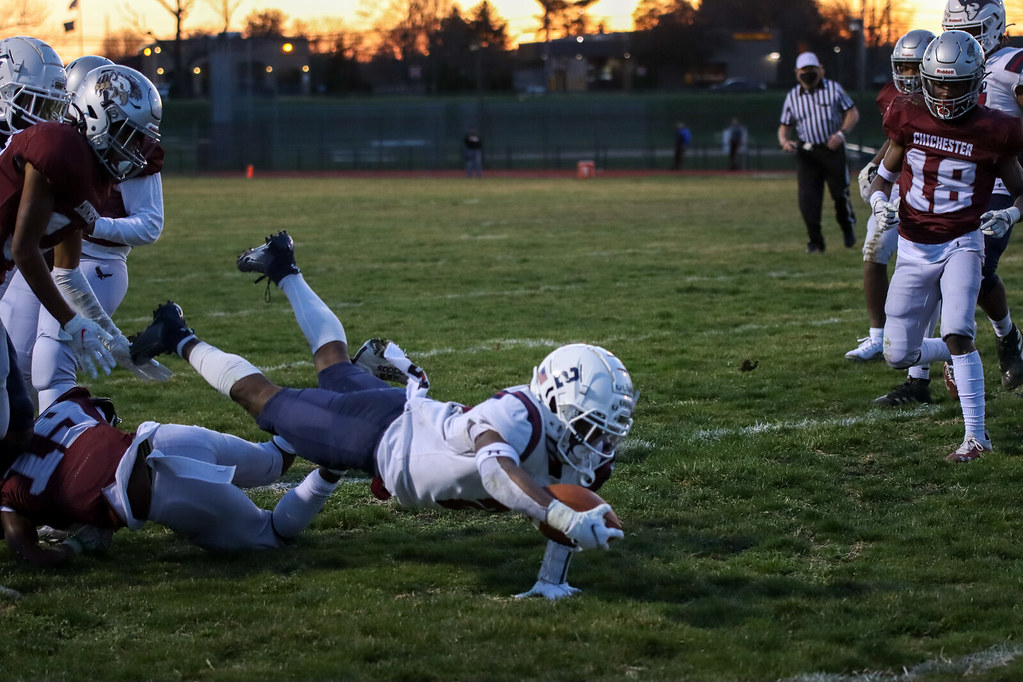 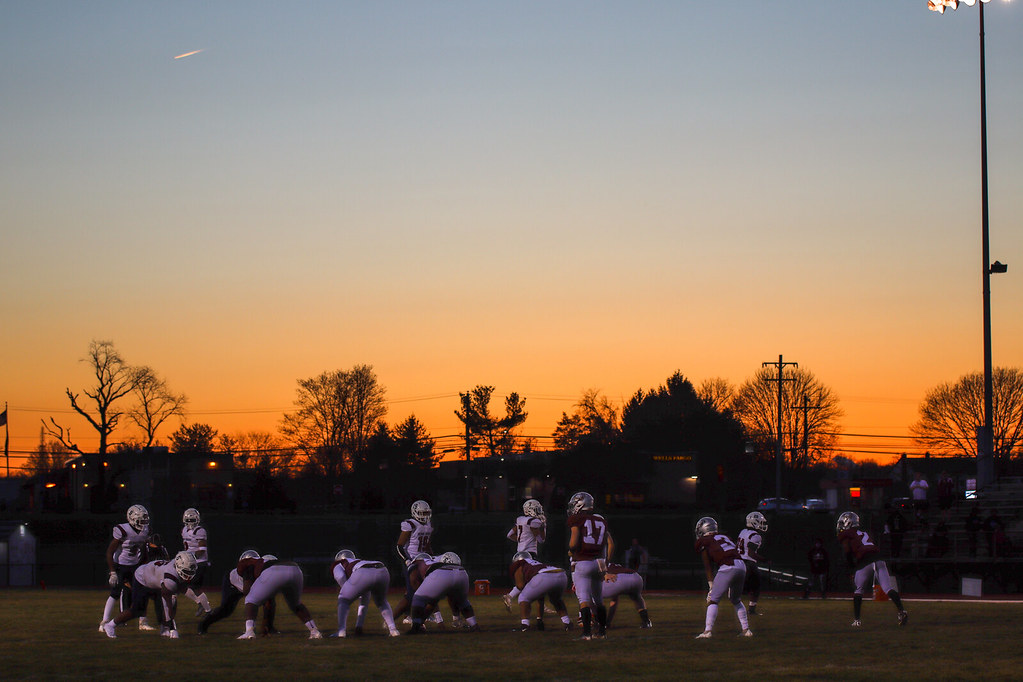 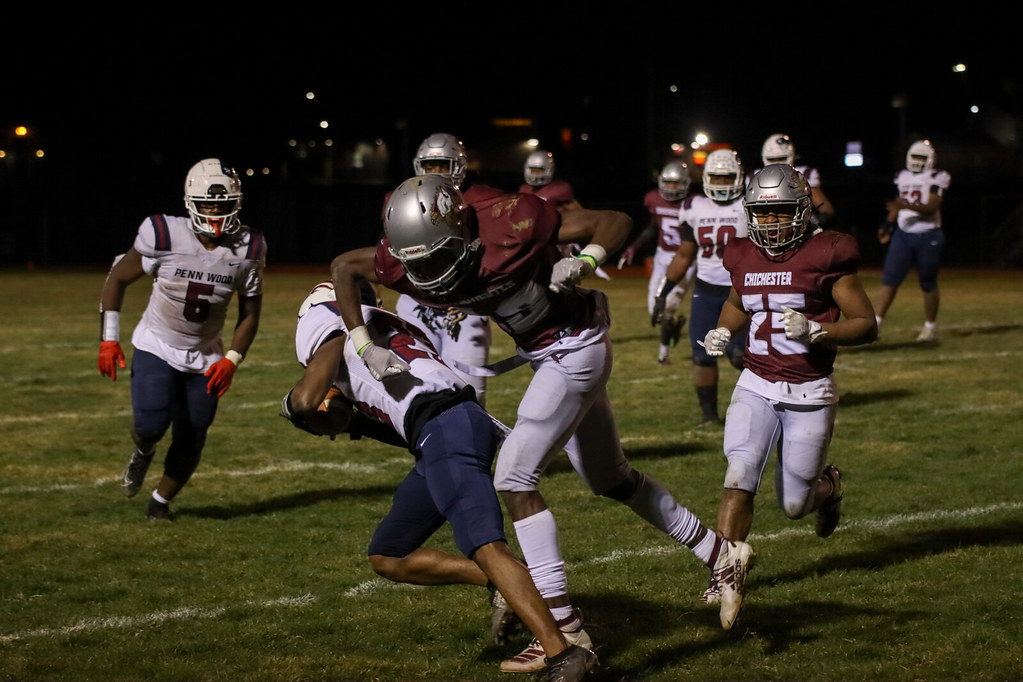 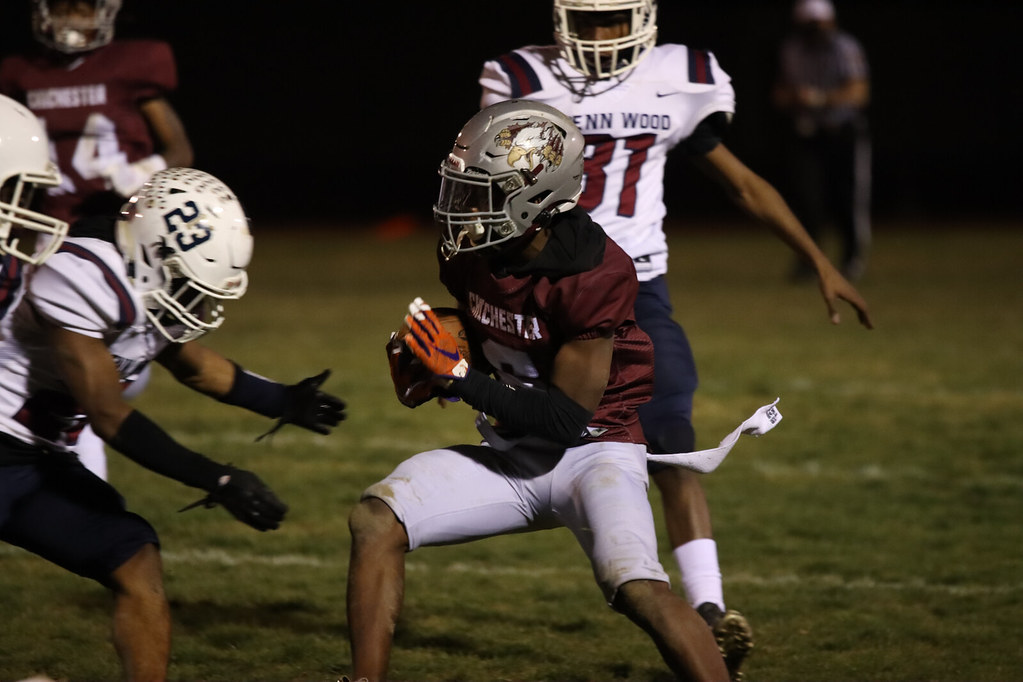 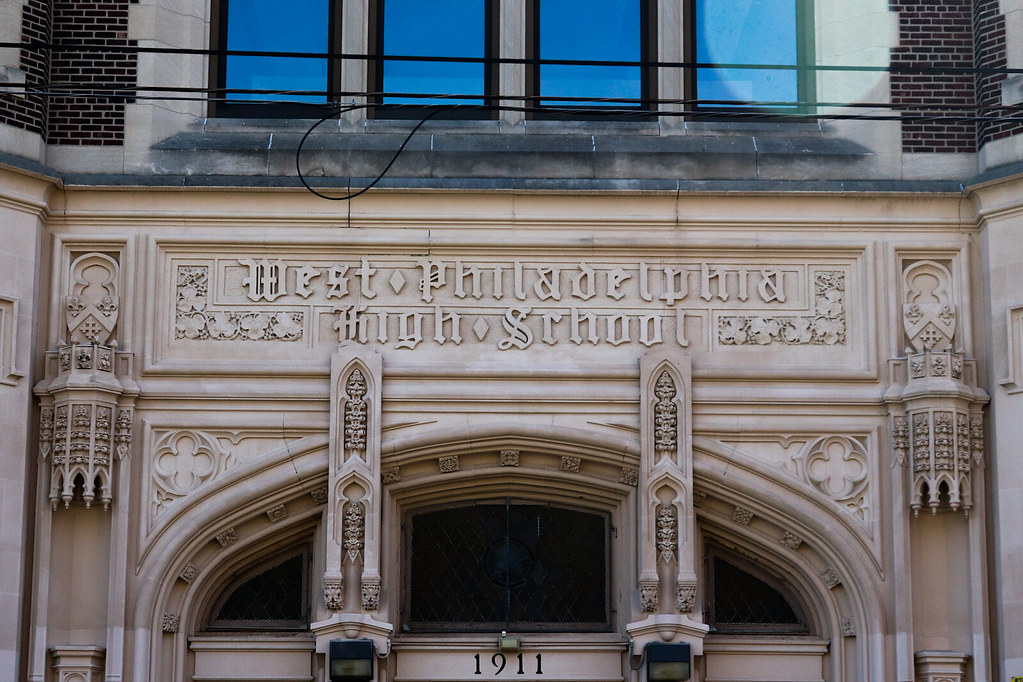 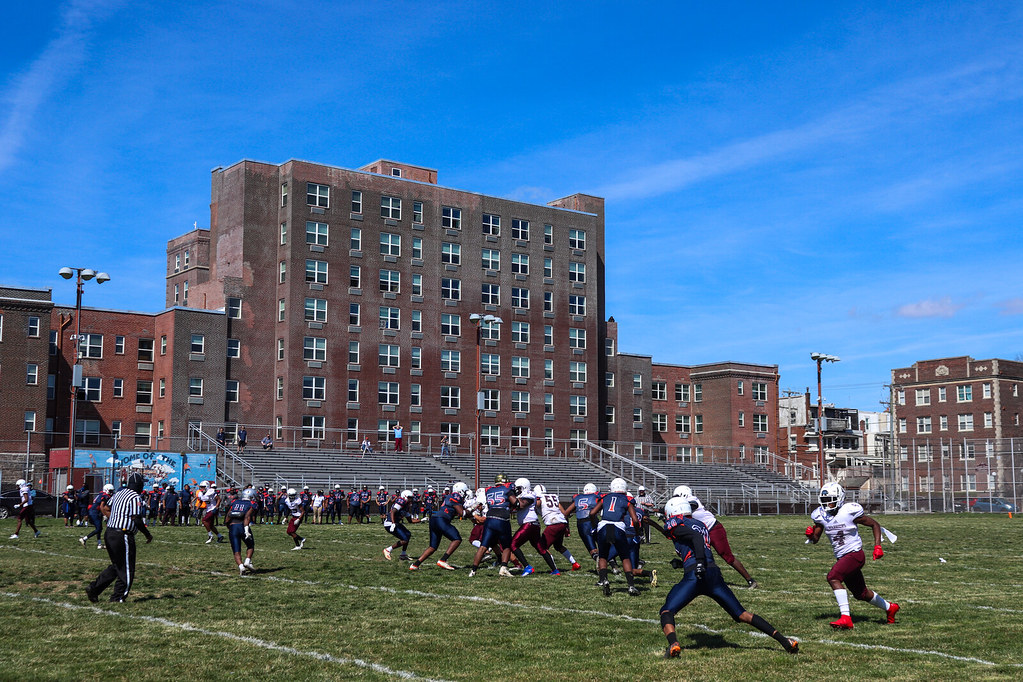 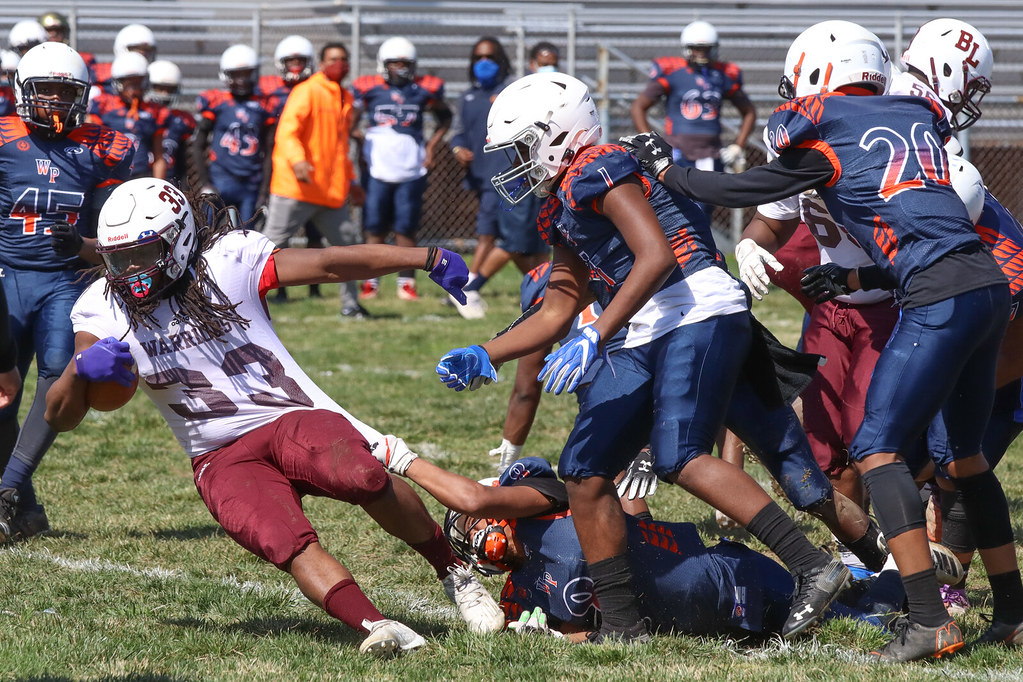 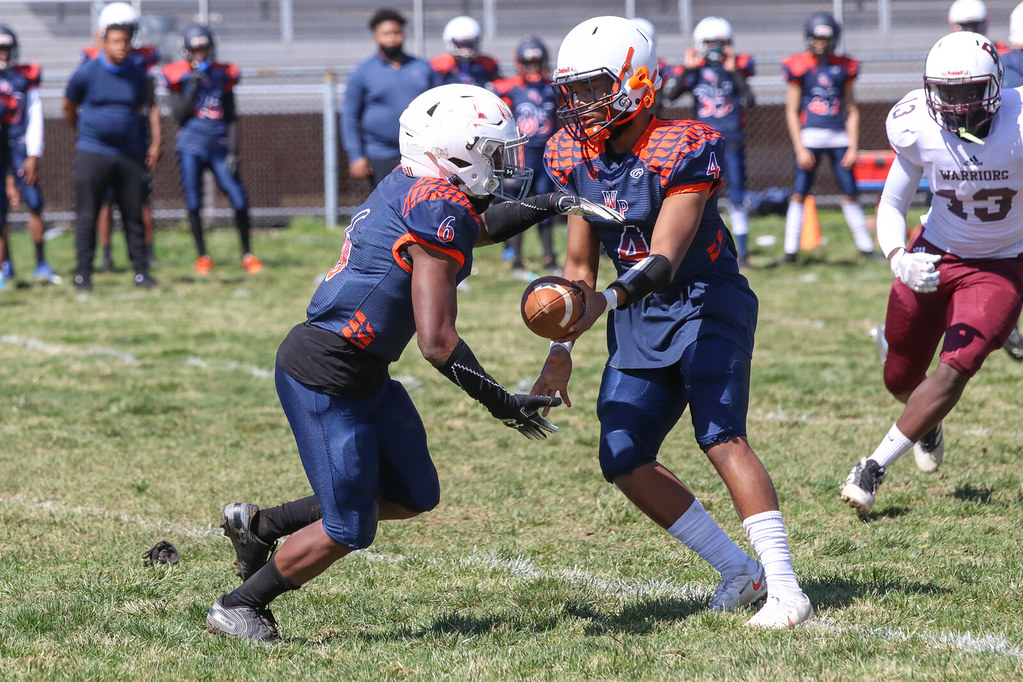 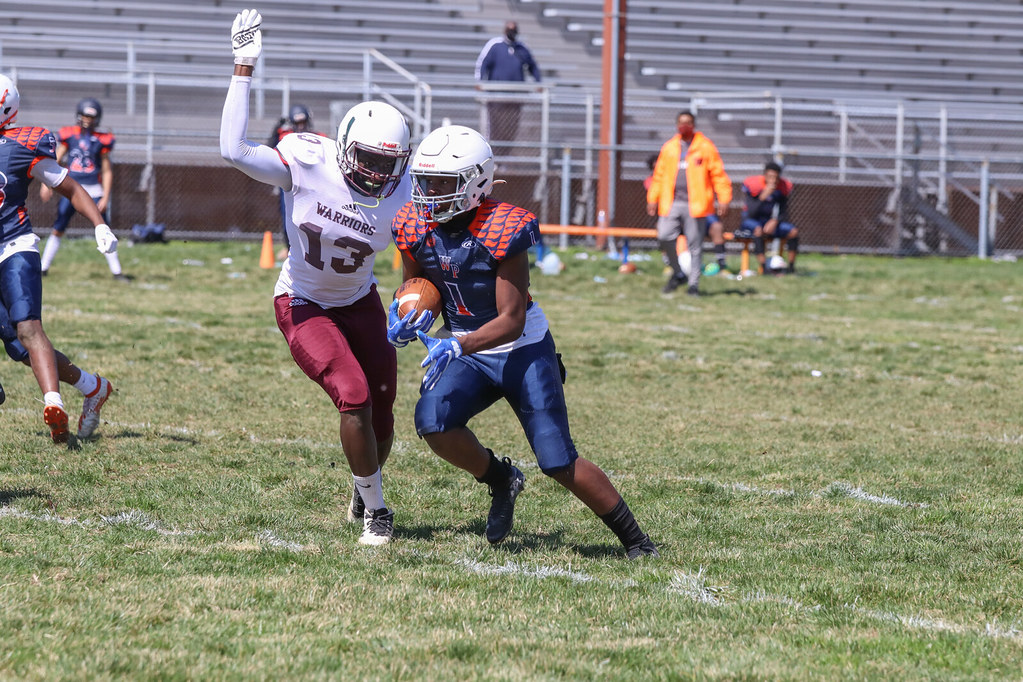 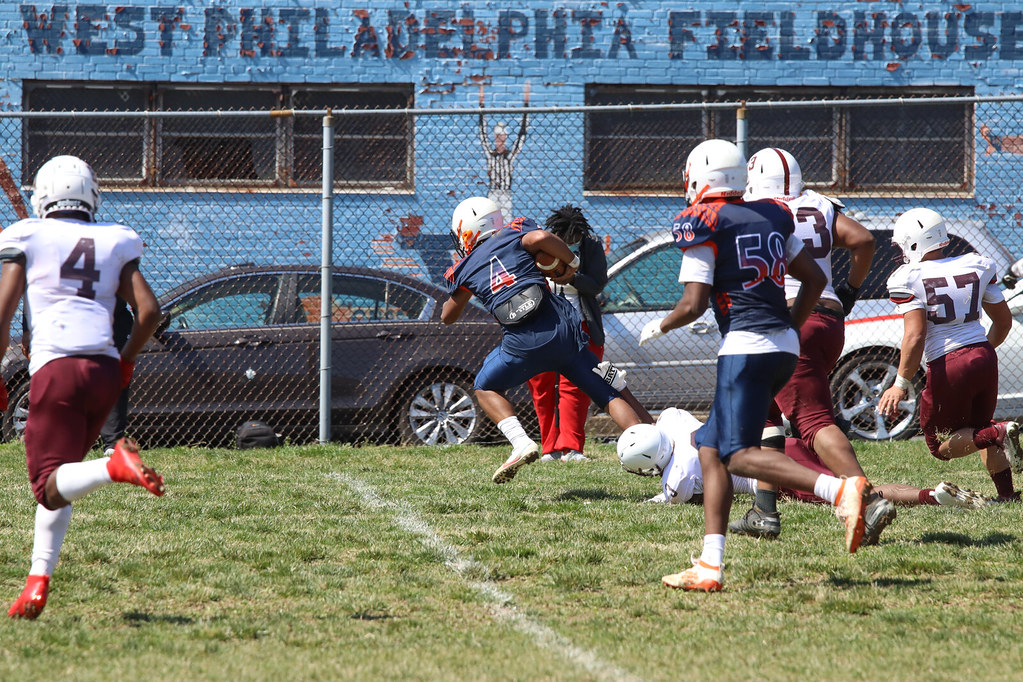 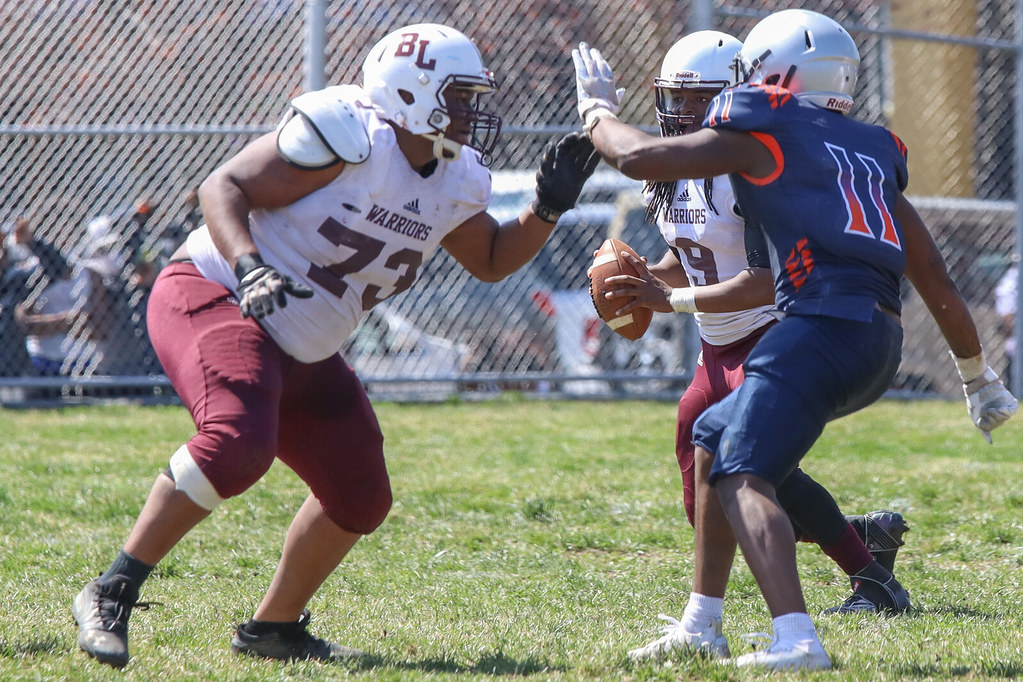 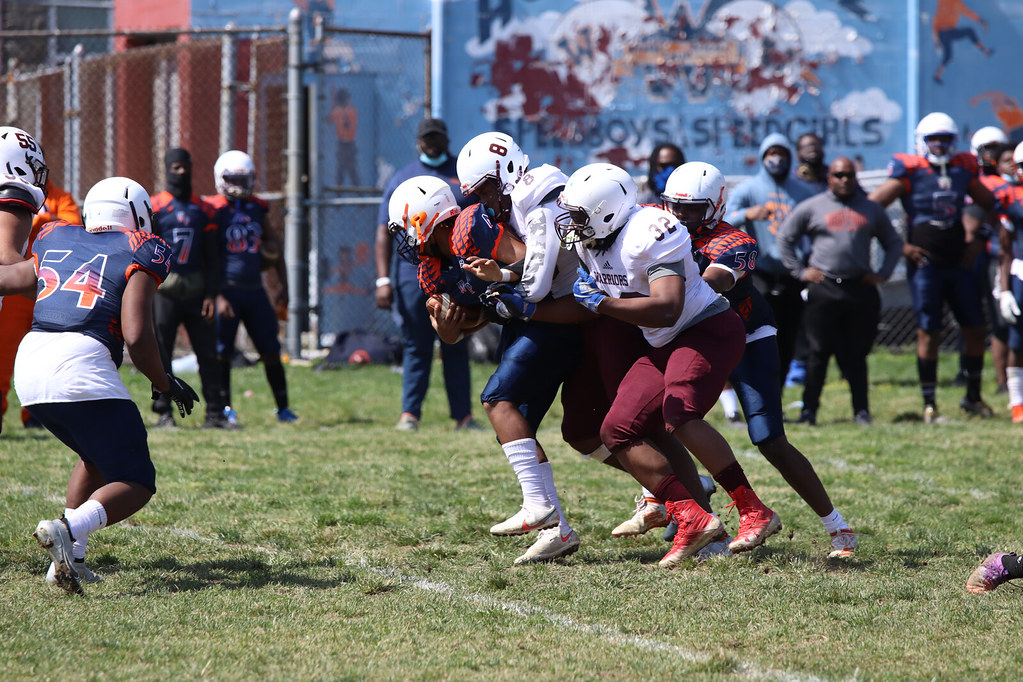 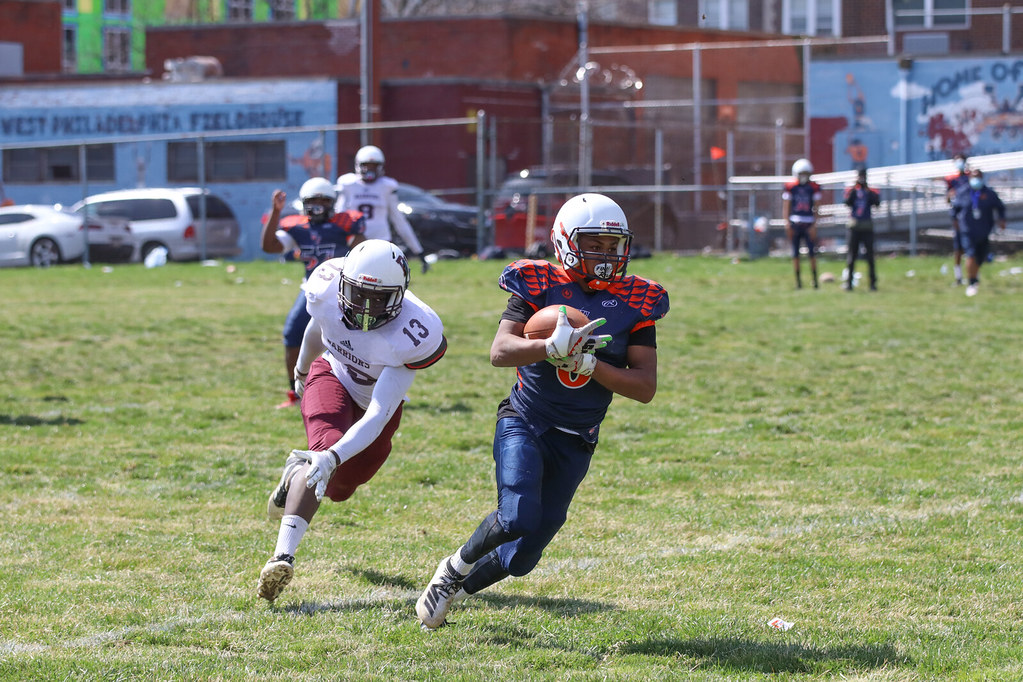 New York’s Section VI, part of the NYPHSAA, kicks off their spring season on Thursday, April 1st. Unlike southeastern PA where almost all the games on Easter weekend were moved to Thursday, New York is playing games on Thursday, Friday, and Saturday. Though, Friday games are in short supply.

On Thursday, I’ll be in Salamanca for their game against Maple Grove. The Warriors open their brand new Veterans Park stadium and athletic complex. Turf, new lights, stands, etc. It looks incredible. They’re hosting the Maple Grove Red Dragons, who are returning to 11-man after a brief stint at 8-man. Maple Grove had a great run, especially there time with Chautauqua Lake as a co-op. However, the prospect of moving up from Class D to Class C incentivized them to leave the arrangement. Where they then fell on hard times and saw numbers drop to the point where 8-man was a viable alternative. Meanwhile, Chautuaqua Lake formed a new co-op with Westfield, a school regularly co-oped with teams along the shoreline, such as Fredonia with Brocton. And then, after their successful co-op. also added Brocton into the fold. It will be interesting to see how Maple Grove responds to their first game back at 11-man. I’ve seen them play on their own, once, hosting Cattaraugus-Little Valley at their home stadium in Bemus Point, at the southern end of Chautauqua Lake.

Saturday afternoon will be another game for CSP. I’ve seen Clymer/Sherman/Panama five times so far. And all five being victories. Once in Panama, one of their co-op schools, once at Silver Creek’s Grape Bowl, twice at New Era Field, and once in the state final in 2018 at the Carrier Dome. Later this year I also hope to see a game at Sherman. Clymer is the furthwest southwestern high school in the state of New York. Located just a few miles north of Corry, Pennsylvania.

Their opponent was originally scheduled to be Allegany-Limestone. Which would’ve been a new team for me. However, some schedule changes happened and now CSP is scheduled to host Springville. Springville is actually Springville Griffith Institute. This will be my third time seeing the Griffins. They lost in consolation games to Tonawanda and East Aurora/Holland in games I was on the sideline several years back.

And finally, on Saturday night, another big game features Southwestern, of suburban Jamestown, the Trojans, hosting the Fredonia Hillbillies. I saw Fredonia host Portville back in 2019 at the Orange Bowl. One of my favorite stadiums I’ve found in Section 6. This will be the third time I’ve seen Fredonia. Once at their home stadium and once at the Section 6 Finals at Ralph Wilson Stadium. Both were losses. This should be a good game, though definitely slanted in favor of the homestanding, and state runner-up, Trojans.