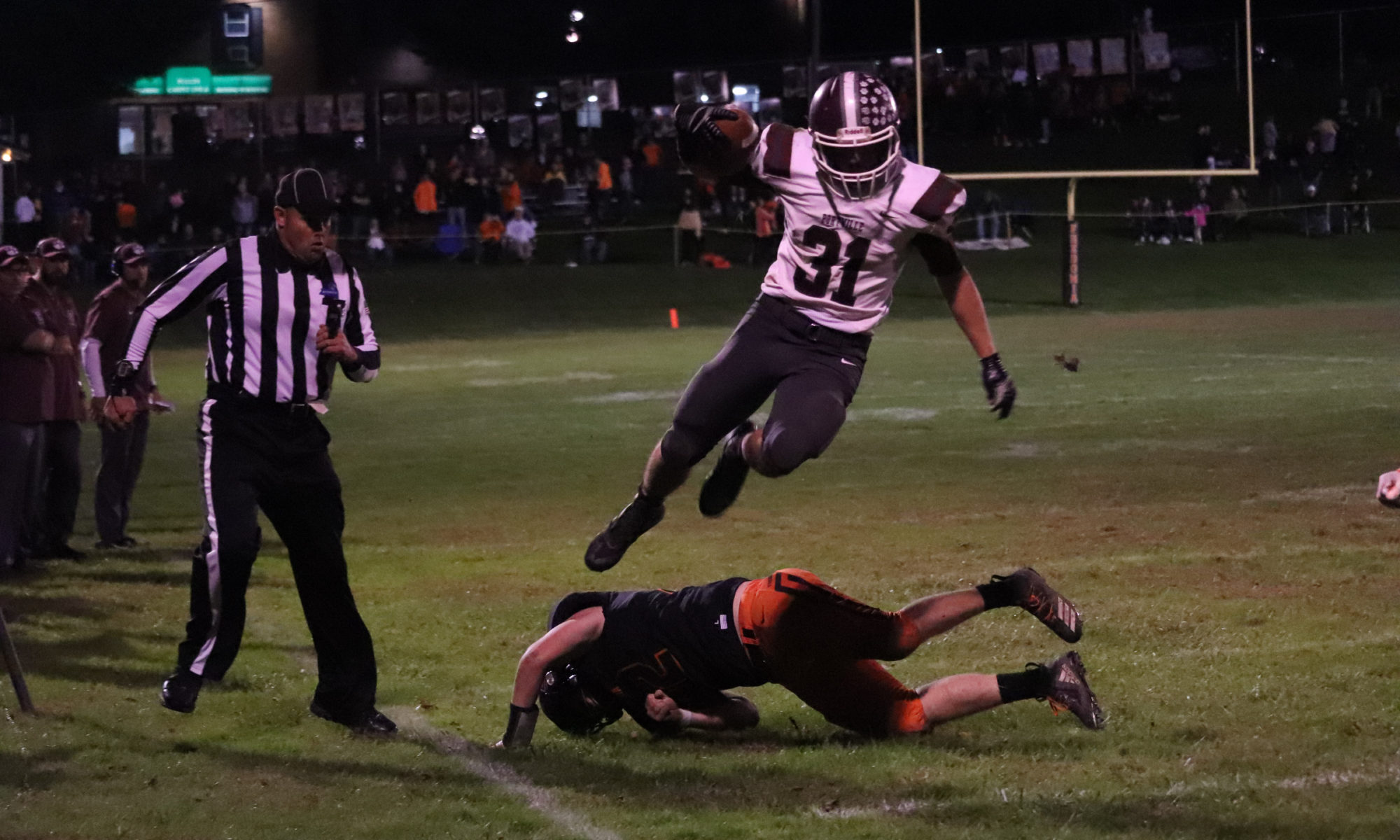 It’s already Friday, so I’ll keep this brief. Week 8 was a nice little jaunt with a friend to a Friday night in New York, and two games in PIAA District 9.

Thursday opened with a game at Western Reserve in Berlin Center, Ohio. They were hosting Waterloo, a team I had just seen the previous weekend, also on Thursday.

The game wasn’t nearly as good as Waterloo’s matchup with McDonald. This Blue Devils teams at Western Reserve had a much more methodical and driven offense that slowly ate chunks of yards and kept Waterloo from doing much of anything offensively when they did have the ball. 13-0, 28-0, and 41-0 after each quarter led to a 48-0 shutout for the home team. It was a short drive home after that.

For Friday, my original plans were to see a game at Cowanesque Valley. My friend Dave was going to be driving up to meet me for the trip and then two stops in Pennsylvania. Sheffield and then Coudersport. On my own, I was originally going to stop in New York at Bath’s Haverling High School for a game with a different Waterloo. However, given the appeal of Sheffield’s famed Wolverine Mountain, which my friend hadn’t seen, meant heading there was the better option.

But, with Cowanesque Valley having a bad year, and the Sayre game not looking the best, the long drive on Friday night was bumped in favor of a more interesting game. Returning from Silver Creek, New York after the CSP-SCF game a few weeks ago, I stumbled past a rather picturesque little stadium in Fredonia. Known as the Orange Bowl. It might not have the glitz and glamour of some modern venues. Or bathrooms with indoor plumbing. But, it does make up for it with presence. From the bowl it sits into, the trees, the hillside, the long walk down the trail from the school building, the road running by it, the rickety wooden stands, etc. It just has a certain charm you don’t see much any more.

At one of the most unique, yet terrifying stadiums in Western New York… The Orange Bowl in Fredonia, New York. Home of the Hillbillies. Playing host to the Portville Panthers. #34 @PaFootballNews #BeyondTheKeystone pic.twitter.com/lU56MZdYXq

So, checking schedules decided that Fredonia’s game against Portville would be our coverage for Week 8.

The game itself had trouble living up to the ambience. However, despite being considerable underdogs, the homestanding Hillbillies handled themselves well. Despite going down, 20-0 at the half, they battled back to score once and stymied the Portville offense. A few missed passes were the turning point at the end of the game that kept it at, 20-6 for the final. For a souvenir, a $3 minimum donation was needed for a Fredonia seat cushion. Nothing extravagant. But still.

Now, I’ve said many things about Wolverine Mountain in the past. It is, to me, one of the best places to watch a football game in the state of Pennsylvania. The backdrop from the stands just can’t be beat. Situated on a mountainside behind the high school, the school itself is barely visible at field level. A large expanse of trees blanketing the other side of the valley that US6 runs through is all you can see from endzone to endzone.

Wolverine Mountain is one of my favorite places to ever see a football game. I have never found any other place like it. And I've tried. @WPAFootball @PaFootballNews pic.twitter.com/XSC18wXciy

Unfortunately, the Sheffield Wolverines have struggled mightily the past few years. After a miracle run to the AML North Championship in 2013, there hasn’t been much positive for the small program. Continual talks of folding the team or dissolving it into a co-op with much larger Warren, as Youngsville had, are an annual occurence now. But, the team went out and did their best. Scoring two first half touchdowns. For the game, color programs were $2 and a rather good, albeit generic, hamburger was only $2.

After the game, it was a meandering drive east on US 6 through the small hamlets of Kane, Smethport, Port Allegany, and eventually to Coudersport. But, along the way a stop at one of my favorite hole-in-the-wall establishments, Texas Hot Lunch in Kane.

And no drive through US 6 is complete without a stop in at Texas Hot Lunch in Kane, PA. #roadtrippin pic.twitter.com/joui3SVH3L

Now, this was a battle of unbeatens. A colossal test between the frequently strong Coudersport a Redbank Valley team that seemed to be punching above their weight. Once the game started, however, it was clear Coudersport was head and shoulders better. And also got some fortuitous bounces to go their way.

The Redbank Valley Bulldogs suffered through several bad drives and methodical trips downfield by Coudersport, before seeing key injuries decimate them. The running clock started with just 10:35 left in the third quarter. And Coudersport went on to win easily, 56-0 in a game that put a stamp on a remarkable season for Coudersport. And one for Redbank Valley to lick their wounds and try to solve the Coudersport puzzle heading toward the playoffs.

After that, it was a long 3.5 hour drive home. And then up and early for a drive to Cleveland for an afternoon Browns game.

I don’t think I need to recap how that went.

Photos of the Week: 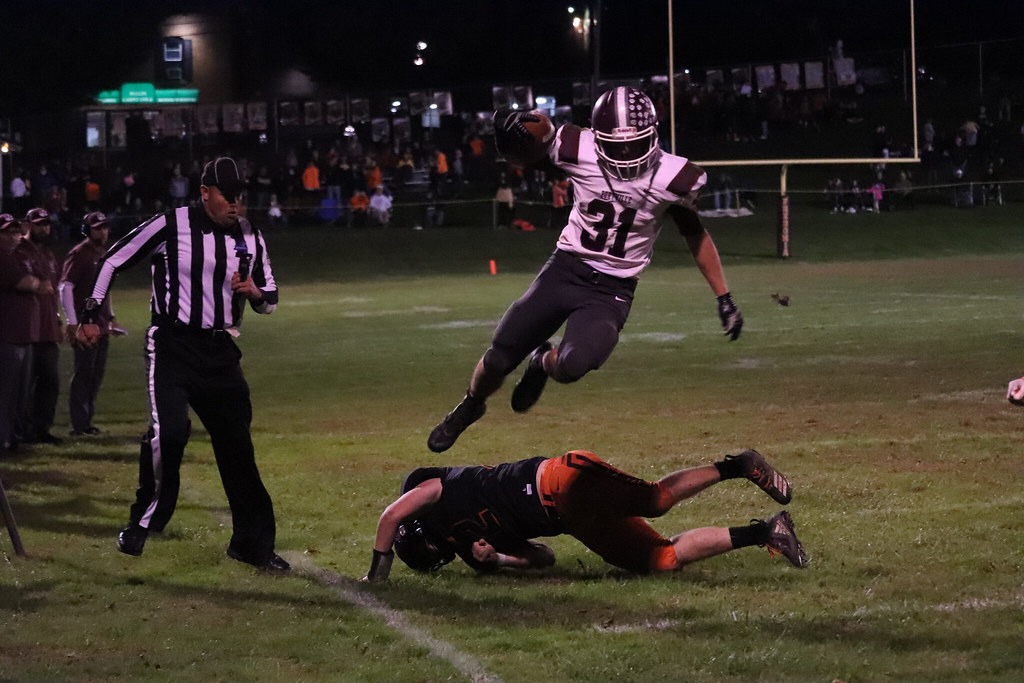 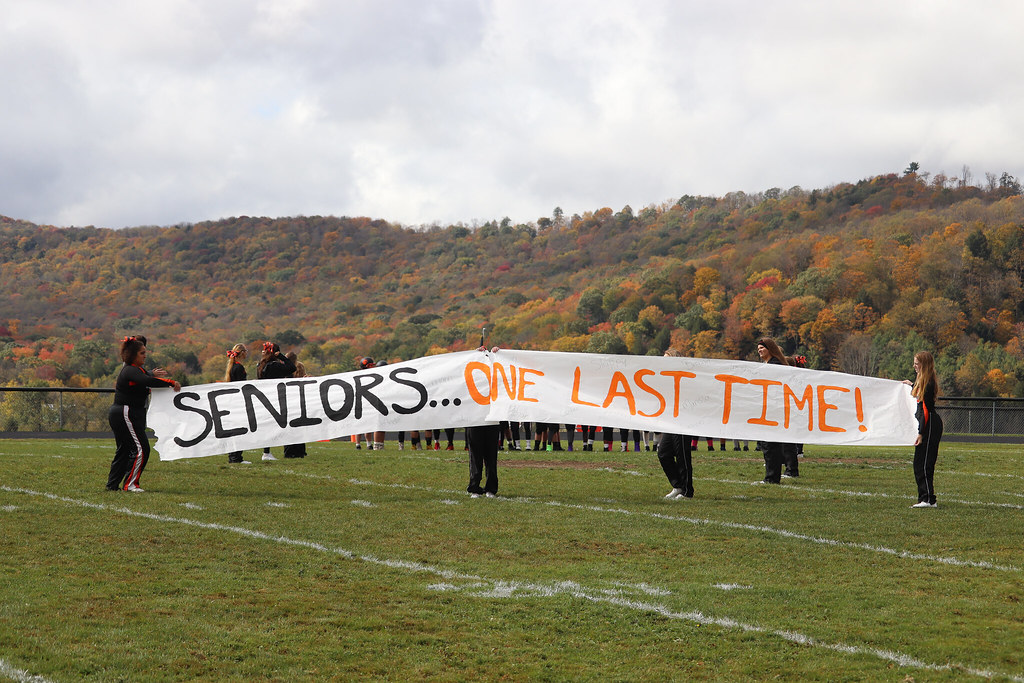