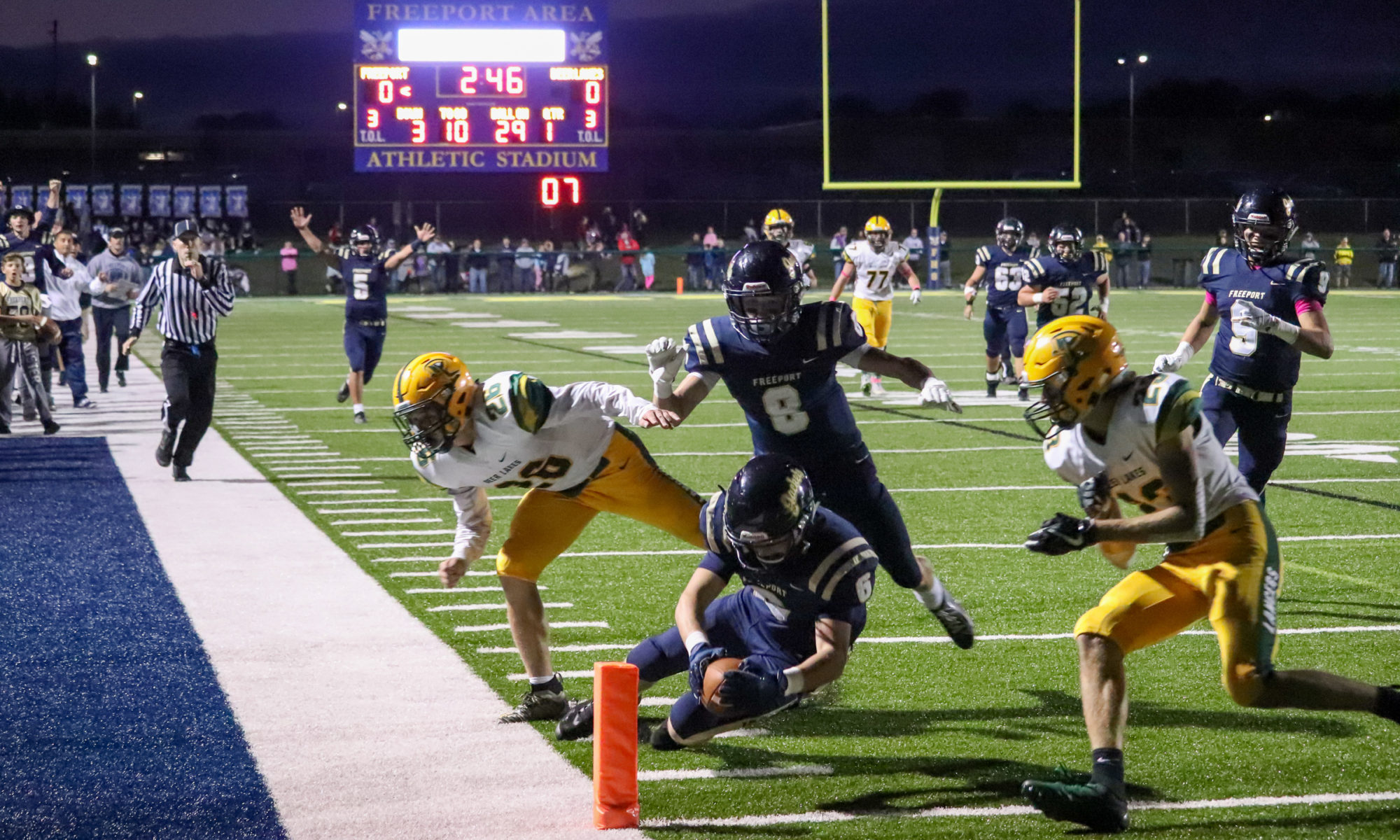 As many of my weeks, this one didn’t go as planned. I was in North Carolina and with the weather delays, there were several Monday games. None of which I could attend on Monday. But, one game was bumped back another day. Triton v. Fike. And I decided there wasn’t a way to pass it up.

It was the resumed finish of a game started on Friday night. The first quarter had just ended, 0-0 before lightning suspended things for the night. So, I found a way to get to the hinterlands north of Fayetteville for a rare Tuesday game. Now, I had just been in North Carolina last December for three of their state finals. Which are spread out over 3 locations and played at overlapping times making seeing all 8 impossible. I also, back in 2010, had seen a single game between Eastern Alamance and Williams.

My fifth game in North Carolina was a bit of a downer. The crowd was very small. Maybe it was because it was Tuesday. But, also they were charging admission again and it appears unlike other games that are postponed where they just open the game up for free, this one, the fans were basically charged twice for attending.

The stadium is nice. Concrete with metal bleachers. The field was natural grass with a full track. And the grass was exceptional. A fact found only in the southeast where the grass was so thick and cut short it felt like walking on fluffy cotton under your feet. The painted lines didn’t look great, however. But that might be the result of the continuous rain the area had seen. Combined with a few tropical storms having pushed through the area in previous weeks.

The game started with the first play of the second quarter. A feeling of an incomplete pre-game, as the national anthem led right to the first scrimmage play taking place. Fike scored to break the deadlock. But, the homestanding Triton Hawks got a TD _and_ an extra point to take a 7-6 lead. But Fike would score with little time remaining in the fourth quarter to win a lackluster game, 12-7.

After returning home, the only real option was Waterloo hosting McDonald. The Waterloo Vikings of Atwater had their stadium condemned and in the interim have played their home games at Marlington’s Duke Stadium. The stadium is quite nice, with turf and plenty of seating for this contest. Because of the scheduling, most Waterloo home games are on Saturday night. However, due to homecoming events taking place on Saturday, meant playing the homecoming football game on Thursday night.

McDonald was the preemptive favorite. But, Waterloo managed to turn a 14-0 deficit into an 18-14 halftime lead. But the entire second half was almost entirely Blue Devil domination. The final score was 48-31. And it didn’t feel that close.

Friday then was a trip to Pittsburgh. A doubleheader starting at Cupples Stadium. The early game was Perry and Carrick, with the night game being Westinghouse v. Hickory of District 10. I didn’t intend to stay for both.

Carrick’s issues have been sifted through before. A lack of football pedigree and numbers issues made last season’s schedule end abruptly. This year, an open schedule with some much needed equal footing with opponents still hadn’t helped much. Coming into a game with City League partner Perry with a winless record.

Despite an early TD to make it interesting, Perry racked up three touchdowns in the second and third quarters to get a running clock. Before a late TD by Carrick closed the gap and the end of the game finished easily, 52-20.

After the game, it was a choice on which game to get to in time. My goal was to get all the way up to Freeport for a 7pm homecoming game with Deer Lakes. If not, the options were Sto-Rox v. Rochester (a potential blowout), or a 7:30 contest at either Upper St. Clair or Bethel Park. Neither particularly interesting. But chronologically favorable.

But, with the game letting out at 6pm, I had an hour to make it through Pittsburgh and the 30 mile drive up the 28 Freeway to Freeport. And that’s where I headed. I got there just a few minutes before kickoff. The crowd was palpable. Homecoming festivities had already started and Freeport’s new Freeport Area Athletic Stadium is situated to the east of the school and overflowing with fans of both sides. The lack of a track made for a tight sideline and great sightlines.

Deer Lakes hails from Russellton, just a bit further downriver from Freeport. The Lancers were decked out in green and yellow on mostly white. While Freeport, the Yellowjackets, were in mostly navy and athletic gold. Programs were nice, and game specific. $5 as usual. One great food option was the Buffalo Dip with nachos, rather than just the same old nacho cheese found almost everywhere.

For the game itself, Freeport jumped out to a commanding 14-0 lead at the quarterpost, and despite trading TDs, were up comfortably, 28-14 at the break. Single touchdowns in the third and fourth quarter, each without a PAT, gave the home team 40 points, and Deer Lakes managed one TD in the final 24 minutes, to end the game, 40-21.

After the game it was a long drive home through southern Butler County to 422. The next morning, my day had some options. But the penciled in schedule was Western Beaver and Beaver. A day/night doubleheader I’ve done countless times in the past. As Beaver always plays homecoming on Saturday.

Western Beaver is a relic in District 7. A team that still plays on Saturday afternoons. Tucked into the woods of the hilltops north of the northern bend of the Ohio River, the Western Beaver Golden Beavers play at Western Beaver Stadium in the town of Industry. They currently have a co-op with Lincoln Park, which they give a slight understated nod to in their helmet logo, highlighting part of the WB with an LP in the left and top/left of the W and B, respectively. Like a lot of smaller stadiums in more rural areas of PA, all the seating is on one side of the field.

For the game, it was a comedy of errors with turnovers. Running games that couldn’t run. And passing games that seemed destined for interceptions as often as completions. Steel Valley broke the gridlock with a TD, but couldn’t tack on a point or two. It looked like it was going to hold up for the rest of the game as neither team could move the ball well. Until the final drive by Western Beaver. A 3rd down at the goal line was short by a yard, setting up a 4th down and goal from the 1 with the clock ticking. With a huge pile being pushed from both sides, the stalemate was broken as the pile collapsed into the endzone for the tying touchdown with 7.8 seconds remaining.

The extra point was down the middle, and Western Beaver held on for a gripping, 7-6 victory.

I had a four hour wait between games. So, even a late lunch/early dinner wasn’t going to kill enough time. So, I drove down to Coraopolis for a stop at a hole-in-the-wall Cardello Pizza. It may not look like much, but their hoagies are really good. Then a stop for gas, and still had almost three hours still before kickoff. So, it was just watching some college football on my phone and heading over to Beaver Area High School a tad early for a 7:30 kickoff.

Tonight I'm in Beaver for tonight's homecoming game between the Beaver Bobcats and Ambridge Bridgers. Not every day do you see a school built on top of a creek. #32 @WPAFootball @PaFootballNews @AJWPIAL #WPIAL pic.twitter.com/gpkBP88GDI

With one win between them, this wasn’t exactly high on the list of games. But it was my 8th time seeing Beaver play their homecoming game. And were 7-0 in those games. Ambridge may have been winless, but it wasn’t one-sided. Though, after scoring to make it 13-7, Ambridge couldn’t muster anything else and eventually succumbed to another TD and losing, albeit a tad close, 20-7.

For the week, it wasn’t that much out of the unusual. Except my jaunt through North Carolina.

Photos of the Week: 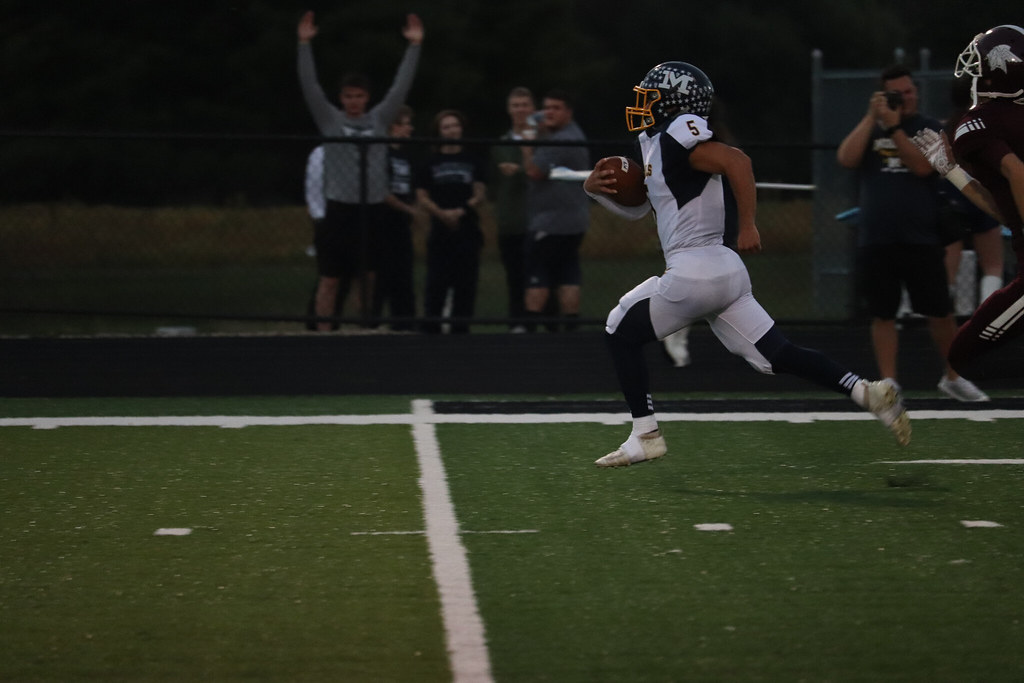 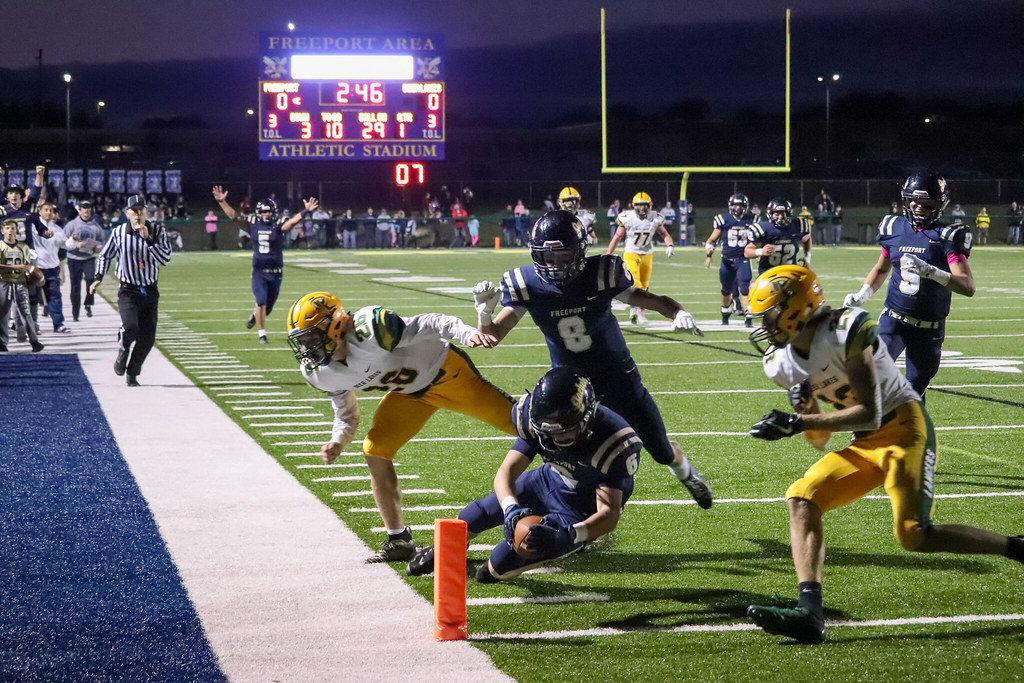 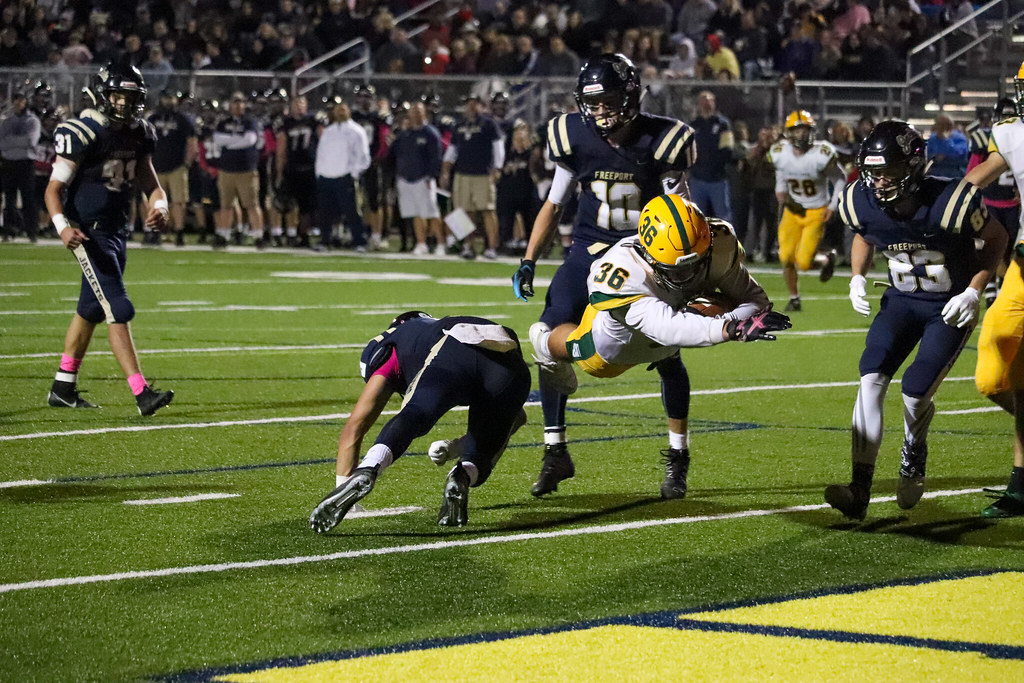 For more photos from previous weeks and seasons, visit http://www.flickr.com/sykotyk/sets/